I am struggling to understand just exactly why our kids won’t sleep past 11pm. We have done everything to keep them awake for as long as possible, but this jet lag has been brutal. Today marks our 4th full day in Czech and I really don’t think the kids have moved from the West Coast time zone. Bethany played with them from 11pm-2am and I got up around 2:30/3:00 and haven’t slept since. The kids took naps around 9am this morning, but we kept them very short. 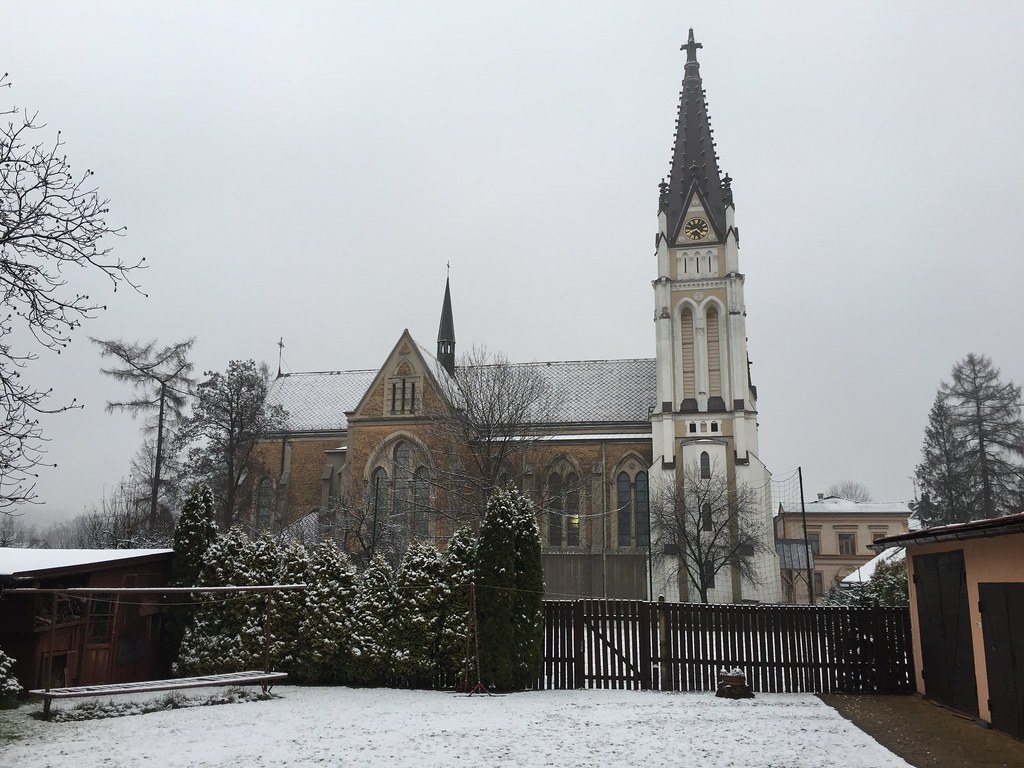 It doesn’t really get light outside until around 8:00am right now, so it wasn’t until about that time today that we saw all the white outside. Apparently it snowed last night. Clearly it wasn’t a blizzard, but it was enough to cover everything and make it look nice. This is actually the first time since we’ve been in Czech that we have seen the snow on the ground. We were gone during some of the snow around the beginning of the year. It’s mostly melted now, but it looked really fun outside today (as you can see in the photo above of our yard).

Since the kids were napping, we didn’t go to church today, so Bethany and I decided to go ahead and take down the Christmas decorations that we left up before we went to the States. We got the Christmas tree ornaments down and most of the other things around the house. A lot of it is still sitting on our living room floor, bust mostly it’s all boxed up and just needs to be put away.

Titus and I did a few errands today, one to the hardware store and then to get some groceries. I had to walk every aisle at the hardware store to find Velcro, but we did eventually figure out where it was. Six months ago that would’ve drove me nuts, but today I planned on it taking forever and knew we would be hunting for a while. I’d say that’s progress.

I’m too sleepy to continue typing so this is where I’ll leave you. Here’s to hoping we can make it past an 11pm wake up time.