I walked with a few teammates to lunch today and while we were on the path there were some older Czechs pushing a small refrigerator down the street. Often we’ll see these little carts being pushed around of even tiny trailers hitched to the back of little two door cars. I snuck the photo below as we walked by, but I’m realizing more and more that I see this stuff a lot and am starting not to think about it much. Maybe what used to be new and different is starting to become normal? I think that’s bittersweet. 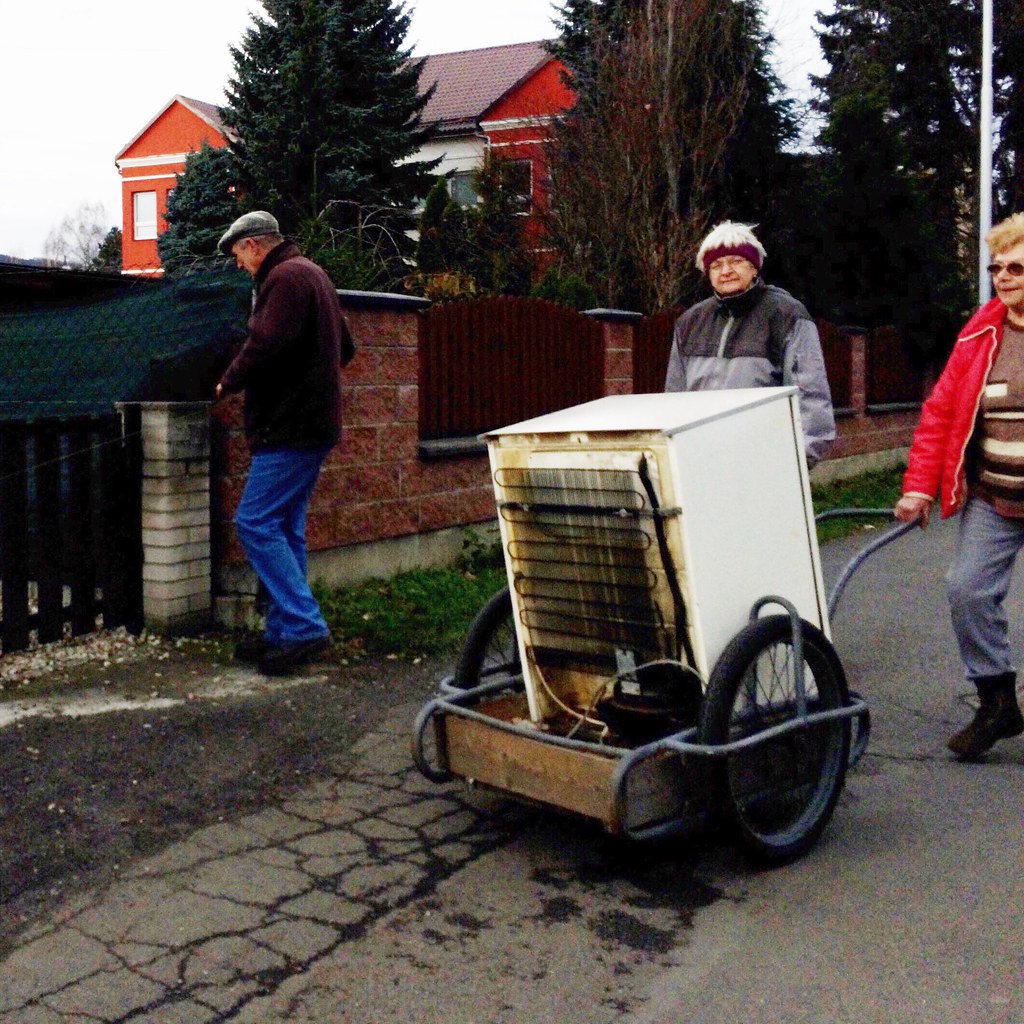 There’s a lot of different projects coming to a head at Josiah Venture as we get close to the end of the year. Our team has been working hard on a lot of different things, one of them being a book that I am personally taking the reigns on. It’s a 20th anniversary photo book that celebrates the many things God has done and continues to do in the lives of young people across Central and Eastern Europe. Even though I have seen the book many times as I have been working on it, I continue to be struck by the quotes and photos inside from young people who have heard the Gospel because of the ministry of Josiah Venture and our missionaries. It caused me to worship the Lord today and reminded me of where I once stood before Him until I heard the truth of Christ. Praise the Lord for His kindness!