It continues to be a winter wonderland here in Czech even though it really didn’t snow too much today. The snow was piled high on the sides of the roads and sidewalks and while walking Titus to school today I saw multiple moms pulling their children on sleds. After I got Titus in to his class, I realized I forgot his bag so I ended up making the walk back home and then back to his school. When I returned I saw Titus sitting at a table alone, really focused on whatever he was coloring. I approached him and said something to him and he jumped. I saw a tear in his eye, like maybe he had cried after I left? It was a weird moment and I was reminded how hard this must be for him to be in school and not really understanding much of the language.

When Bethany picked Titus up in the afternoon, his teacher asked another mom who spoke English to translate. She wanted to tell us that Titus had been doing much better in class. This was good news to our ears as we have been really working with Titus on different things at home, especially listening and first time obedience. We tell him daily to listen and obey even if he’s not exactly sure what’s going on (which I’m sure is often). As a bonus, Bethany was excited that she met another mom who spoke English. She told me that she sees that mom often, so now she knows she can talk with her and maybe build a relationship. 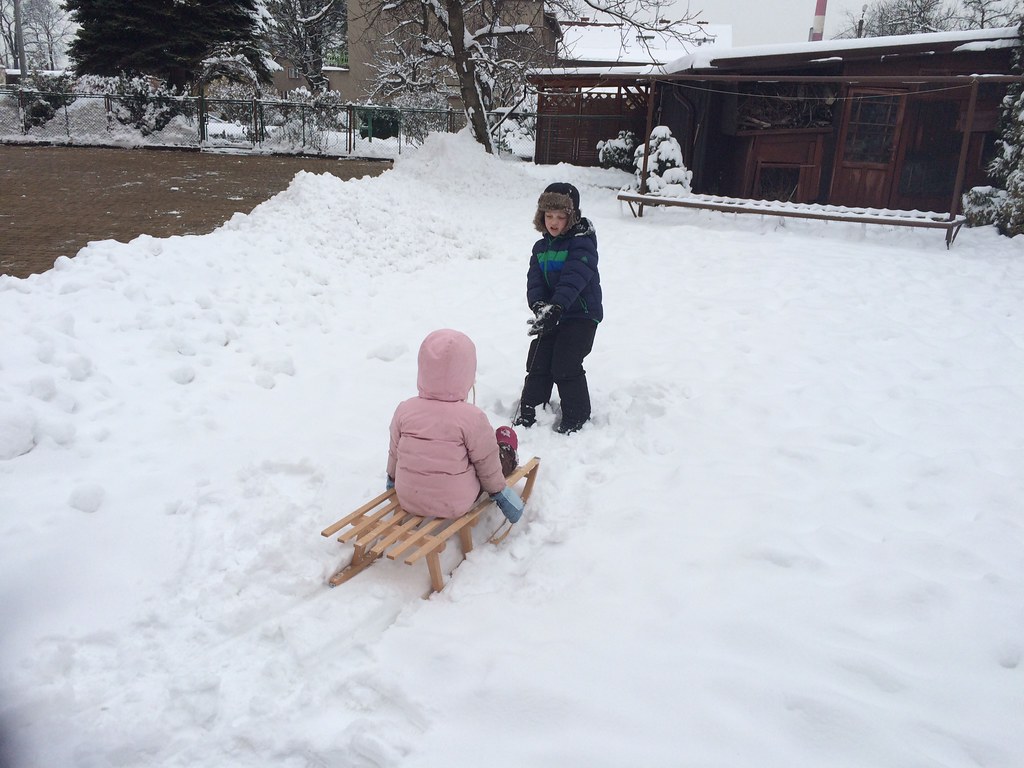 Bethany let the kids play in the snow this afternoon after Titus got out of school. Our Czech friend Misa came over and was spending time with Bethany and the kids. She brought some presents for the kids and a few things for us which was really nice. While they were playing Pani Musilova (our landlord) saw them playing and knew that Misa could translate for us, so she talked with them for a while. One thing Pani Musilova mentioned was that it was good for Avery to get “red cheeks.” After some really basic research (I asked 3 Czech friends), this may have 2 different meanings:

2) It could be a reference to good health. From our understanding, and we could be wrong, Czechs will often let little babies take naps outside in the cold. Sometimes you will even see a stroller outside with a baby bundled up, but their little face exposed. It’s possible they think the cold air is good for the babies and small children? 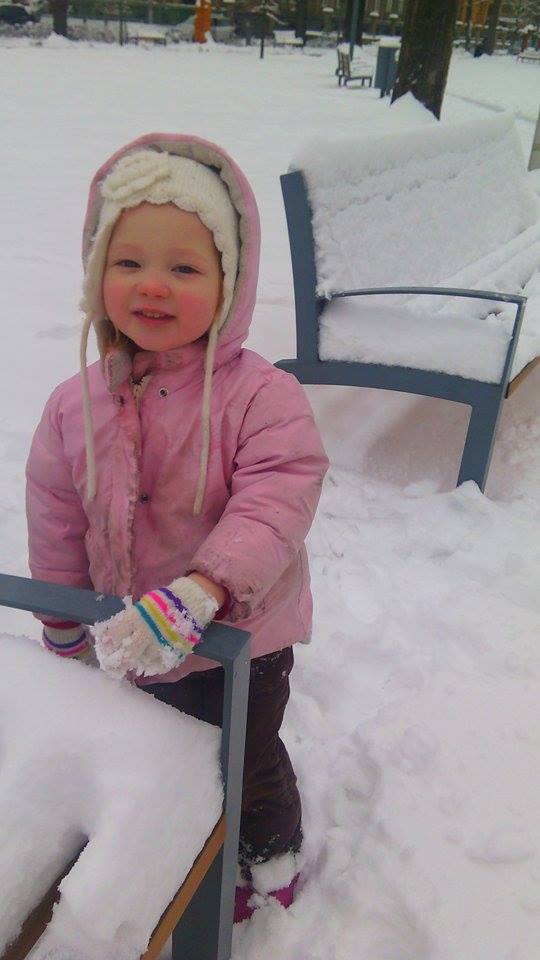 Another interesting anecdote from that conversation which Bethany shared with me was about our landlord’s name. They were talking about Bethany’s pregnancy and baby names and Pani Musilova (Mrs. Musilova) explained that her first name “Helena” is actually the German version of the Czech name “Helenka.” She explained that she was born under the German occupation of Czech and they were only allowed German versions of the names. I’ve shared before that Czechs have their Czech Name Day where every day on the calendar is someone’s name day. All that to say, it was just crazy to think that she was born during the German occupation of Czech! I think Pani Musilova is really pulling for us to name this next baby with a Czech name, but I guess we’ll just have to wait on that.