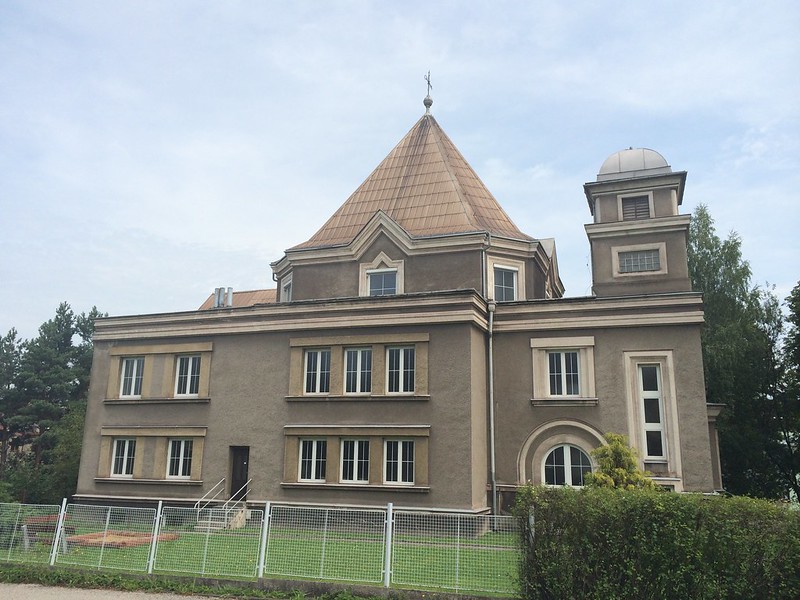 We’ve already shared before that Sundays in church have been tough with the kids. The summer months are especially hard in Czech because our church (photo above) doesn’t have Sunday school for the kids so we’re taking them to the main two hour service. We do our best to have them draw in a coloring book or even (yes, I’ll admit) play a game or two on the iPhone so as not to distract the service. In that past weeks we have ended up outside at some point just because they weren’t staying quiet enough to not disrupt the service. Today, by God’s amazing grace, was the first week we didn’t go outside! Friends have already told us they are praying for this and we saw that prayer answered today. It wasn’t perfect and there were moment’s of frustration, but the kids stayed the entire two hours and we definitely praise God for this little victory. After church we let the kids play in the church yard for a little bit and the photo below is of Avery and Titus walking around with huge branches. Avery’s face kills me in this photo. 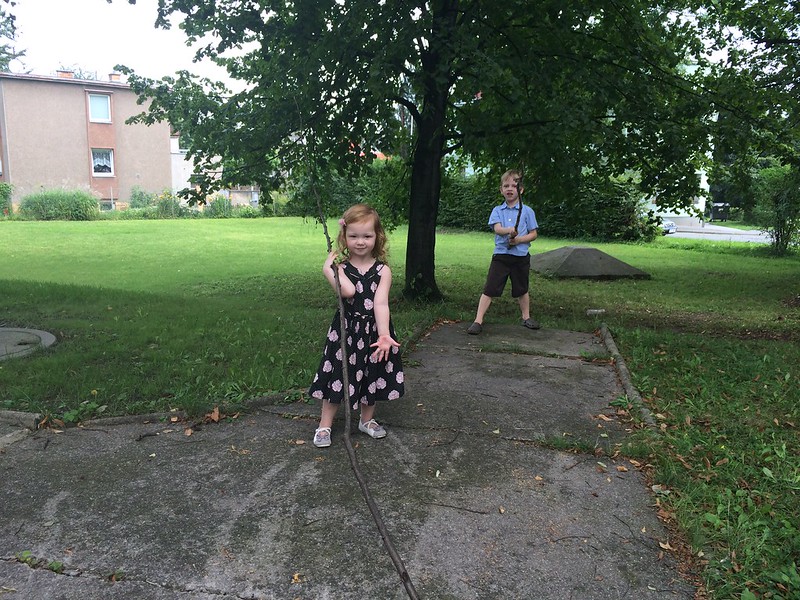 Since we had Jonny with us at church we treated him to a pizza lunch in our time. I ordered three pizzas thinking they were small but they ended up being much bigger than I thought. Providentially our friend Rachael happened to be walking home from church and saw us eating so we asked her to join us and help us eat some of our extra slices. What’s amazing is we were able to feed six people for $24 and that included water (which you have to pay for) and a Czech favorite, Kofola soda. Not a bad deal! 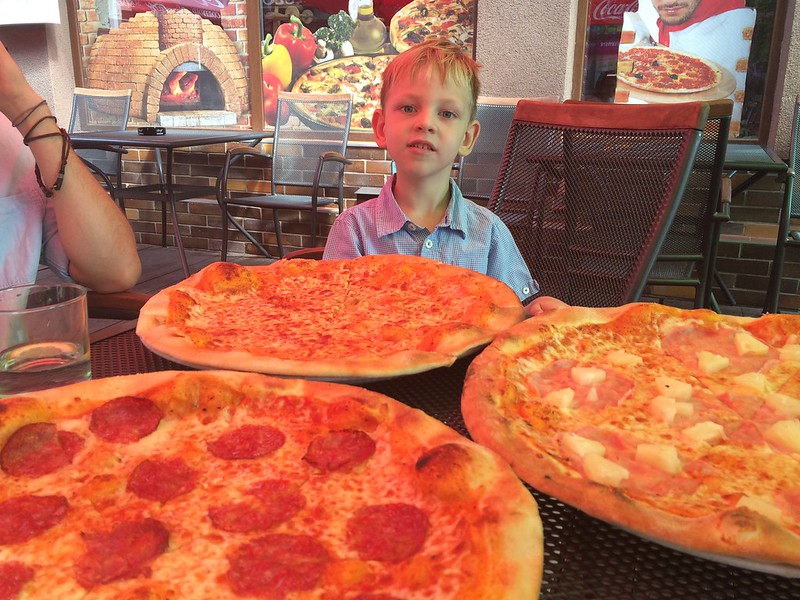 This afternoon I drove Jonny over to the train station in Ostrava where he was catching his train to Prague. He and three of his friends are headed to Norway for six days to enjoy some camping and European exploration. While I at the station I saw another JV missionary, Jonathan Rosen, and he asked if I wanted to grab a quick cup of coffee before heading back home. I agreed and off we went to a little coffee shop in downtown Ostrava. Jonathan was actually the intern leader at the very first camp Bethany and I served at in 2012 so it was fun to catch up with him and see how ministry was going. He introduced me to a great little coffee shop and hopefully I’ll get a chance to take Bethany there some time. 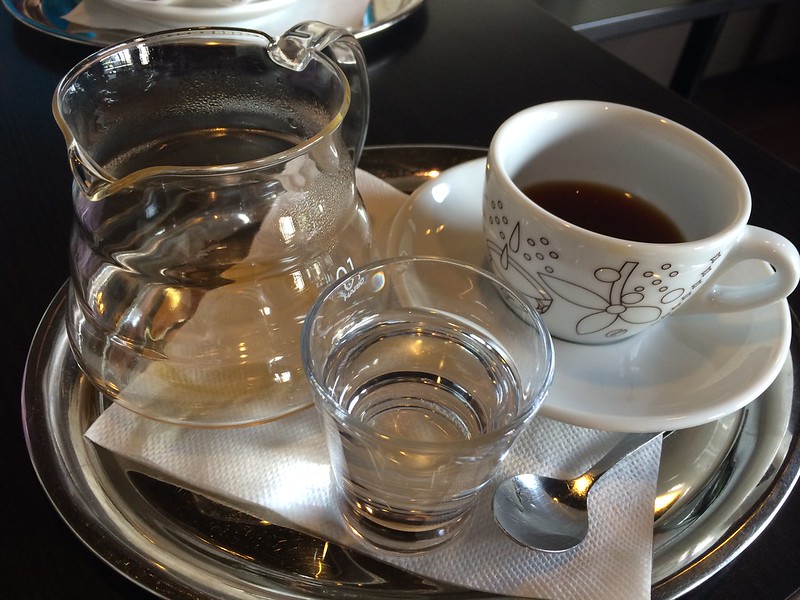 At church this morning we were invited by a young Czech couple to hang at a river side park around 4pm. Because of my coffee with Jonathan I made us a little late to the park and it was a new park to us (one we hadn’t been to before) and we just couldn’t find the couple when we arrived. I was bummed, especially since it was really my fault we didn’t make it there by 4pm. Bethany wrote them on Facebook to apologize and hopefully reschedule and we literally just got a message back a few minutes ago saying that we actually didn’t miss them, but that we just didn’t walk far enough on the path to another park along the river. There are a lot of different parks along the river path but we just didn’t need to head further down…bummer. They said they’ll most likely be back there next week to so hopefully we can catch up then. That couple is due with their first child in just three weeks and it would be really fun to get to know them and catch up with them before the busyness of having a baby.

The little trip to the park wasn’t all bad because the kids got a little time to play and swing at the park we did find. We didn’t stay long because we needed to hit the grocery store and make dinner at home so off we went to the local Tesco. Bethany made another great dinner and we immediately did bath time with the kids when we were finished eating. We’re trying hard to get back into a rhythm with bed times and routines and it’s so nice to have a more settled home to do that. 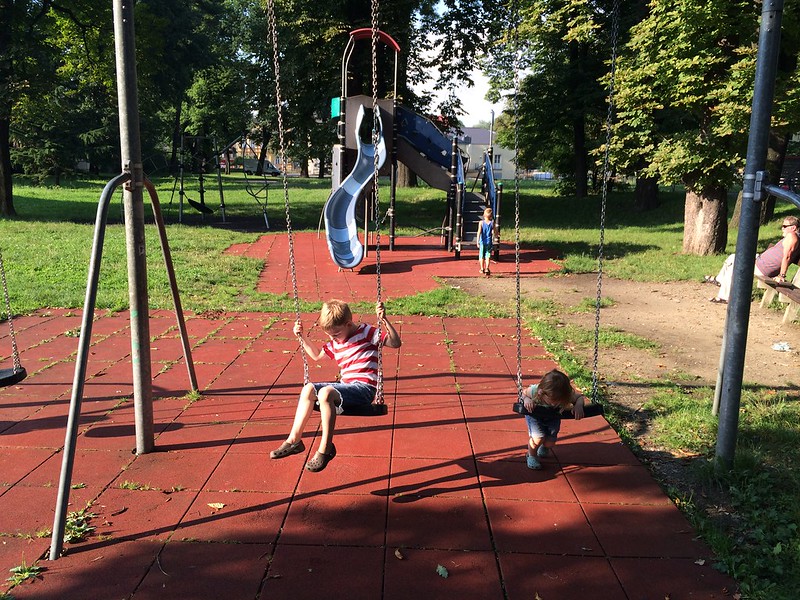 It’s been a great past few days and Bethany commented tonight how much fun it’s been having so many different people in our home of late. In fact, both of us our a little worried we might start getting lonely here come fall because there’s just no one left to come and stay with us! I guess that’s just another reason to dive in and get to know the many people here, Czechs and other missionaries, and continue to build relationships right where we are. That’s really one of the main reasons we’re here and Lord willing we’ll be able to do just that in the months and weeks to come.