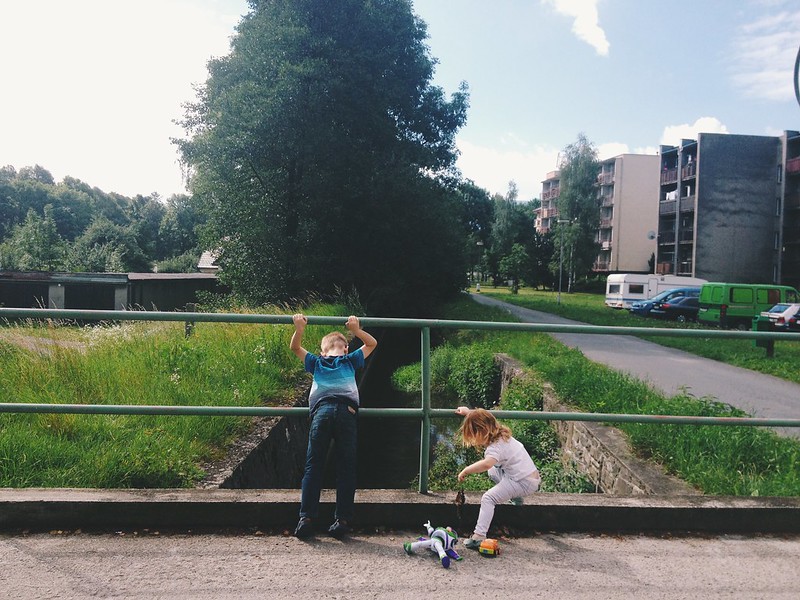 On the whole, we had a great day as a family. Bethany and the kids came out with me to the JV office this morning and we even had lunch together. I basically worked a half day because we had language lessons this afternoon, so while I was at the office the kids and Bethany and went exploring around Frydlant (the town where the JV offices are). There’s a creek nearby (photo above) and they even went to a little park too. I had a meeting that ran long so we rushed home to make it a little late for our language lesson. We enjoyed a pretty relaxed evening at home and some leftovers. I even spent a few minutes photographing the church out our kitchen window. That place still seems to grab my attention. 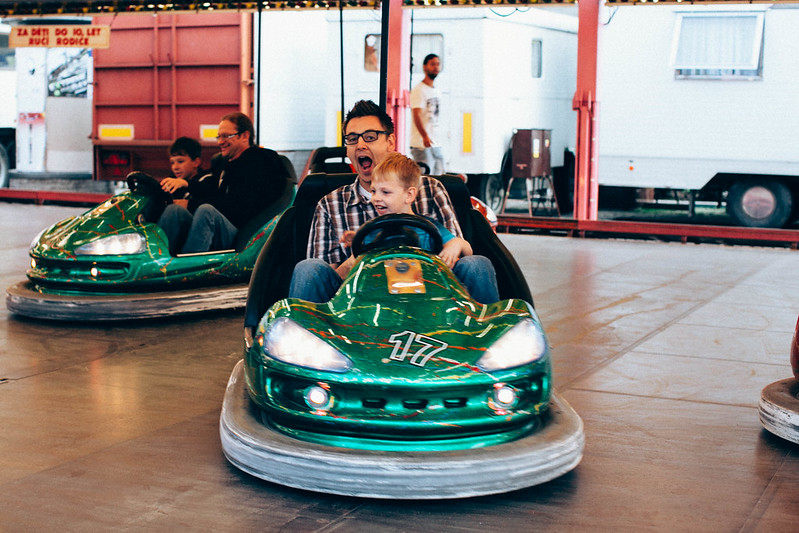 Tonight as I was putting away the dishes I said, “Hey, let’s go for a walk! It looks nice outside.” That was at about 7pm. In the town square they were having a big concert/festival, including a live band, rides, and little shops. We had seen them setting up for it on Wednesday so we thought it would be fun to go see it tonight. While walking around we came up to the bumper cars. Honestly, most of the rides looked a little sketchy at best, but the bumper cars looked fun so Titus and I got a ticket and jumped in car 17.

I put him in my lap because it was too hard to reach the pedals with him next to me and off we went. In the beginning we were having a great time (photo above) until we got bumped. A mom and daughter nailed us from behind and Titus either hit is face on the steering wheel or just got whip lash and basically put his teeth through his inner lip. I didn’t really see it happen but I felt him kind of curl back into my arms and I asked him, “Are you OK, pal?” And as I looked down I saw he was bleeding. He didn’t cry. He just kind of got quiet and sad (photo below). I kept checking on him as we finished the ride and I knew it if it was really serious he would be crying. Praise God it wasn’t more than just a bad lip bite. 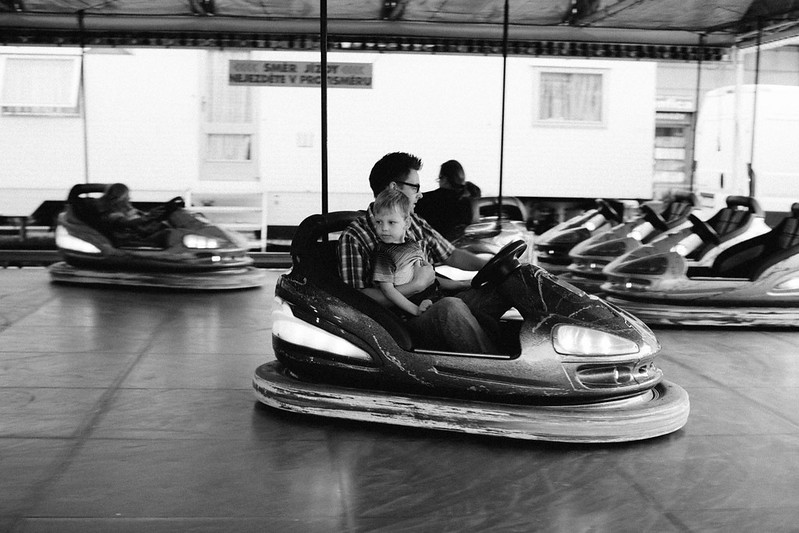 It’s one of the moments as a dad where you feel like you’ve failed. You instantly start saying to yourself, “Man… we didn’t even have to go on this ride.” “Why didn’t I hold him tighter so that wouldn’t happen?” “Titus probably thinks I’ve failed him.” “I didn’t protect him.” As the ride came to an end the first thing Titus said to me was, “I want mommy.” Bethany was taking photos of our ride and had no idea Titus had gotten hurt. Looking back on the photos was actually encouraging because Titus was running of the ride with a smile on his face. Of course, I was heart broken…I had hurt my son. Bethany saw his lip and said, “Does he need stitches?” Calmly I said, “No, he’ll be fine” but in my heart I was saying, “Oh man, I hope not…I don’t even know how that would work in the Czech Republic!” 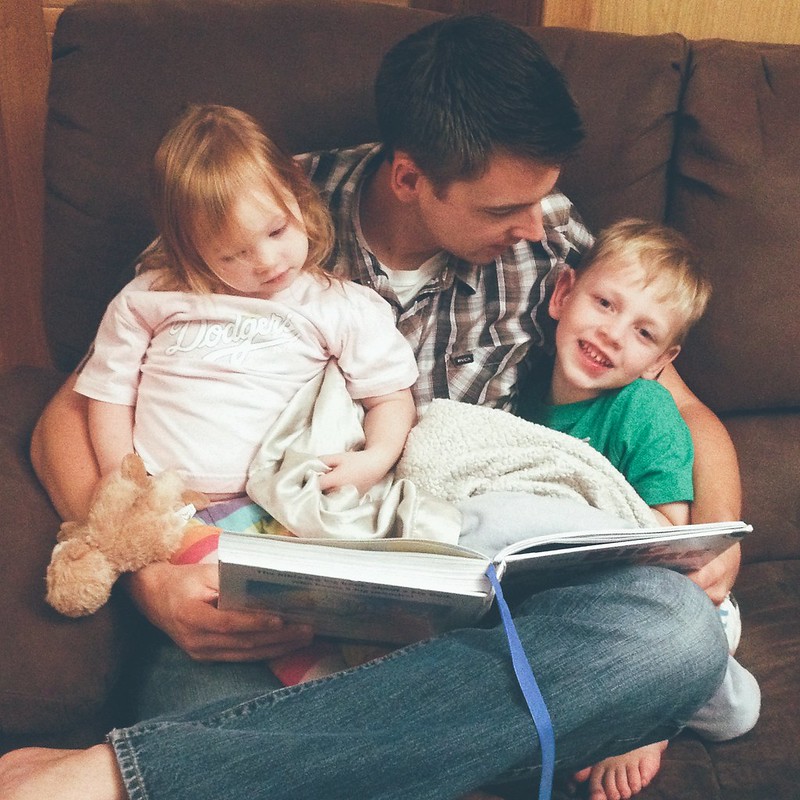 Our night didn’t end sad. From the bumper cars we headed for home and by the time we got there Titus was feeling better. His lip had stopped bleeding but it was definitely fatter. We did bath time and he seemed to get his personality back. As I was dressing him he said, “Those cars were so fun!” Heart attack over. Those words were soothing to a dad who honestly felt like a failure.

You never want to hurt your kids, even if it’s an accident. I know life happens and fat lips happen, but you feel the weight of it differently as a parent. It’s probably just a good reminder that even has a father and a dad I won’t be able to perfectly protect and care for my family. Things will happen that are outside of my control and other things will happen that I’m directly responsible for. But I serve a God who is in control. He’s always in control and He will always perfectly care for me and my family. Sometimes it takes a little fat lip to remind you of that. 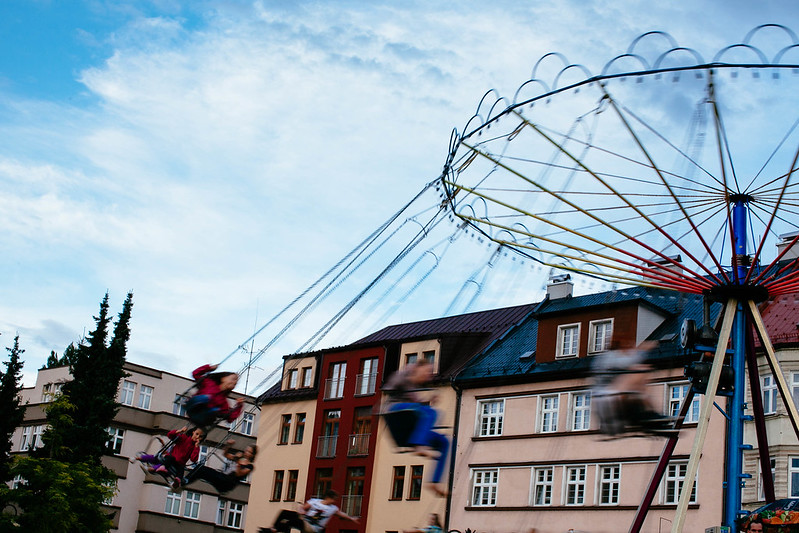 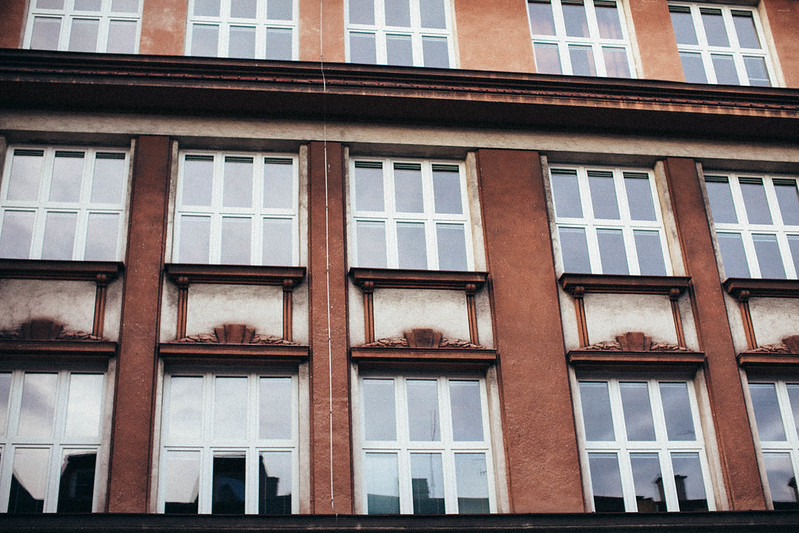 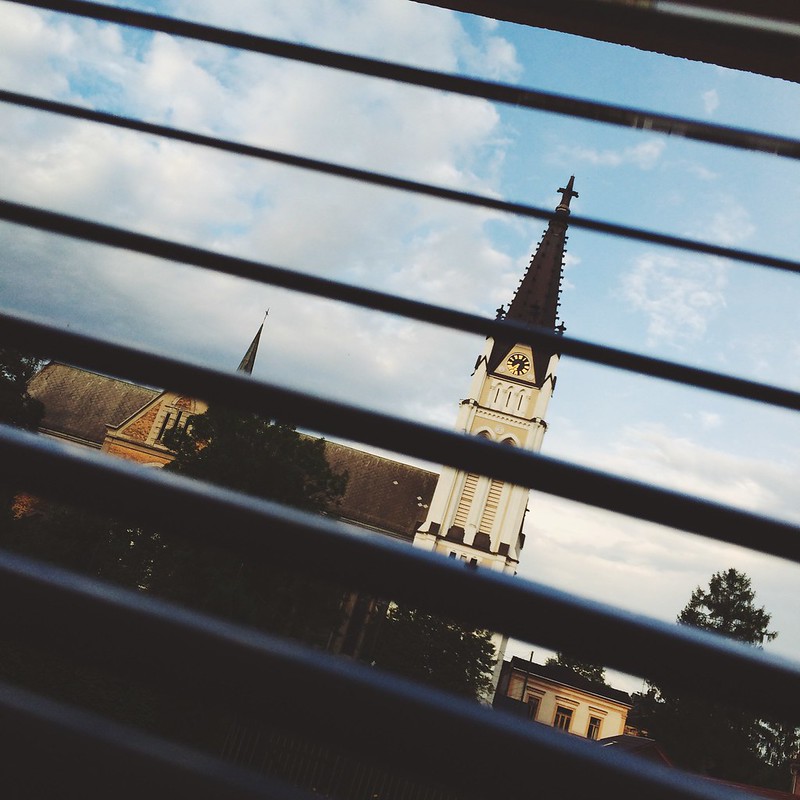