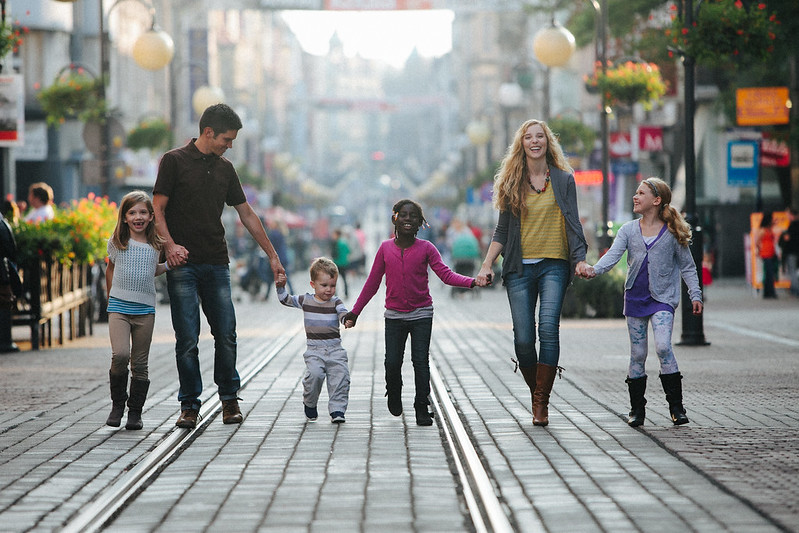 The Miller family is a blast. Bethany and I first met Korban and Tanya at Josiah Venture orientation in October 2012 where we spent a week together in Wheaton, IL. There’s a fun connection with them because their senior pastor in Indiana was roommates in college with Scott Ardavanis, our pastor at PBC for many years. They asked if we could drive out to Poland and take some family photos and we were excited about the opportunity. We saw them briefly back on the fourth of July but today we got to spend the afternoon and dinner together which was just a great time to catch up.

Our afternoon started with the photos in the downtown area of where they live. There were some fun brick buildings and the weather was great so we snapped a few shots. The photo above is them walking right through this very long street where many people are walking and trains and busses travel through. You would never see anything really like it in the States, but we made use of it for a nice walking photo. When we finished there the kids all got suckers for doing such a good job. Here’s a little shot of all them. 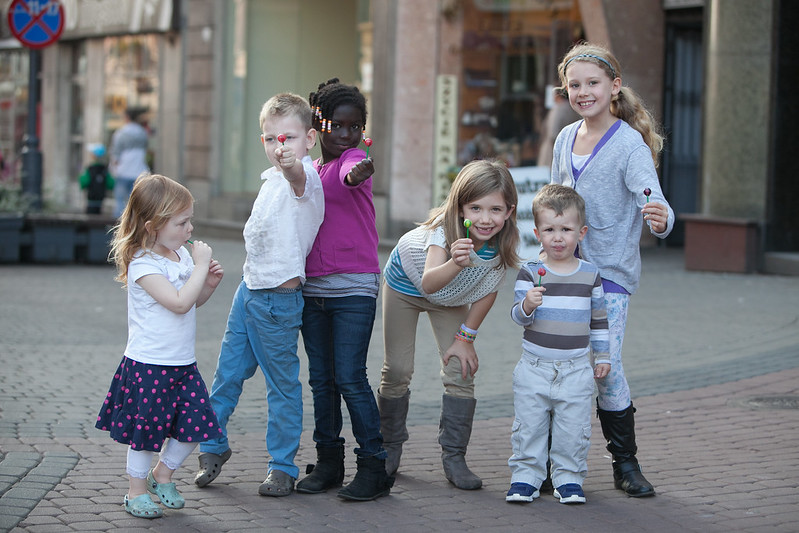 After the downtown area we headed over to a park just a few blocks away. I don’t know why I didn’t get a picture of the giant tower in the middle. Not joking, I think it was like a 10 story sun dial. The play area had like a twenty foot climbing net that would never be legal in the States. Our kids loved it! But the sunlight was great at that time of day so I grabbed the Millers for a few more shots. Here’s one I really liked. 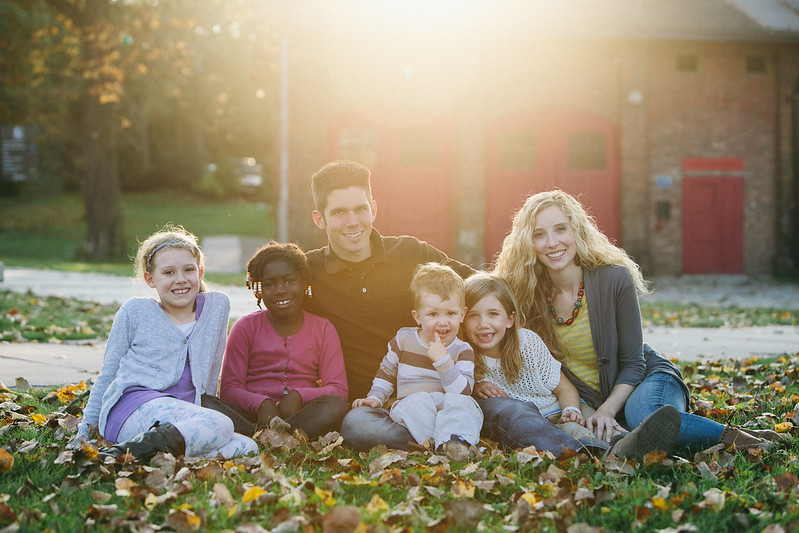 Behind them is an old fire station and really nice cafe/restaurant area. Bethany walked over there with Avery to use the restroom and she said it really felt like she in Europe and said it was very nice. I’m bummed I didn’t go check it out. We let the kids play a little longer and packed up the vans and headed for the Millers house. 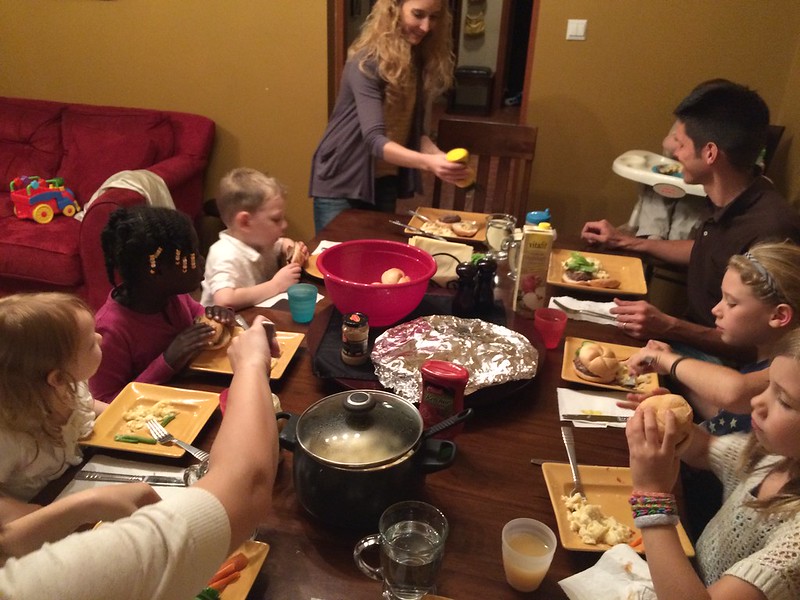 We had a wonderful, American style dinner! Cheeseburgers, homemade mac-n-cheese, and veggies were all part of the spread. It was delicious and I’m not gonna lie, I had two burgers. It was fun to hear from their daughters about their school experience as they have all only been in Poland for about ten months. Language is obviously still hard but their girls are getting along pretty well in school. It’s encouraging to see another family walking through the same kinds of things that we will be experiencing very soon. After dinner we enjoyed some fun desserts: rice crispy treats and frozen bananas with chocolate and nuts! Mmmmm… 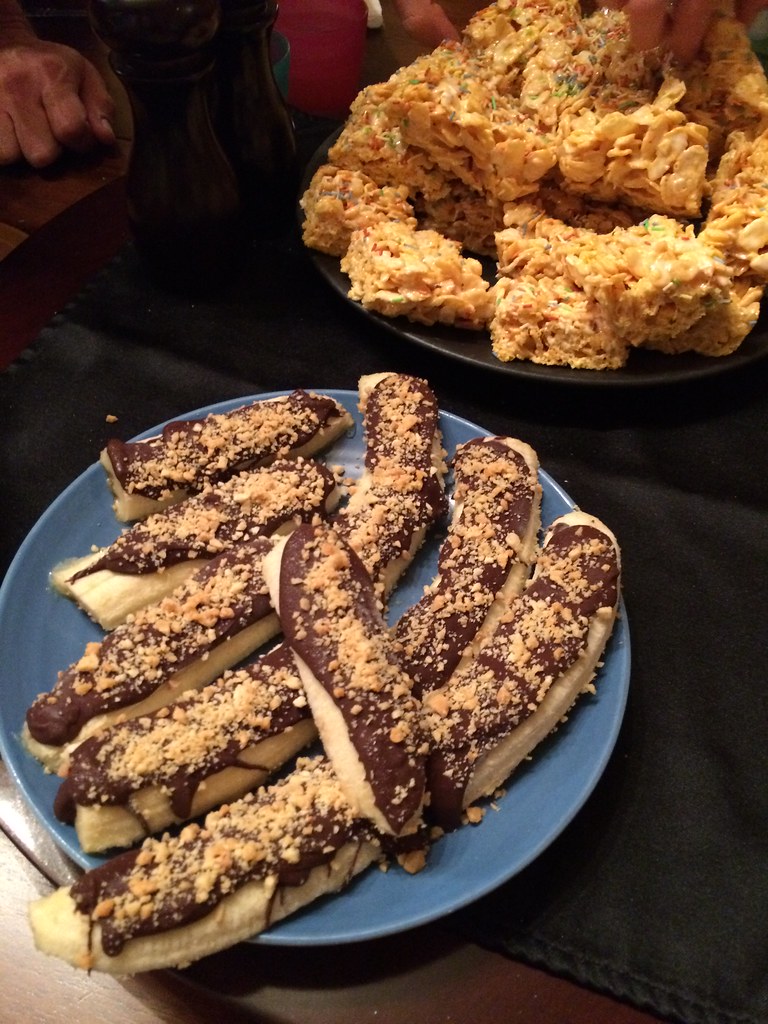 Before we left we had a short time of prayer for each of our families which was a blessing. As we were walking out the door, Titus kept saying, “Goodbye! Thanks for everything!” which we had never really heard him say before. It was hilarious and cute. He’s right though. Thanks, Millers, for a great day together and for having us over for dinner. Let’s do it again sometime! 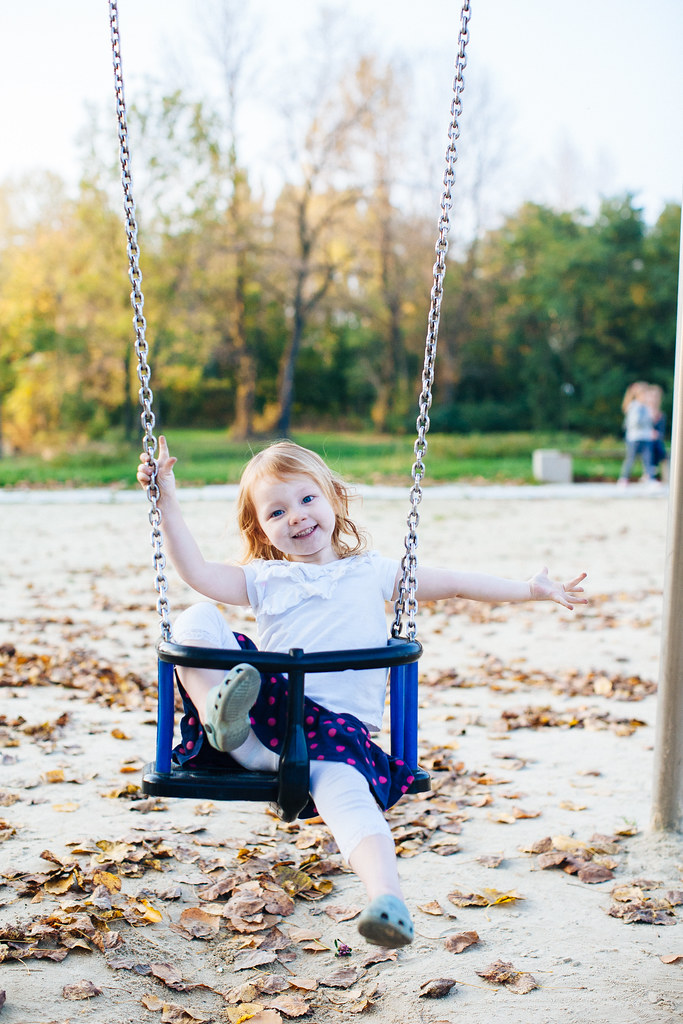