While I was on the phone, Titus burst in to room and exclaimed “Dad, we’re going camping!” Confused, I shook my head at him and finished my phone conversation. A few minutes later I came into where Bethany was and said, “What’s going on?” Apparently Papa (grandpa) came inside telling everyone, “We’re all ready to camping!” What Papa didn’t know was that the little three and four year old ears would take him literally. Now, Papa wasn’t really saying we were about to camping but he was excited about his new trailer hitch for his tent trailer that he installed. After the kids calmed down from their own excitement, Papa came up with a plan to camp in the living room instead. So he set up a tent in the living room, threw some sleeping bags in there, and the kids were camping in no time. 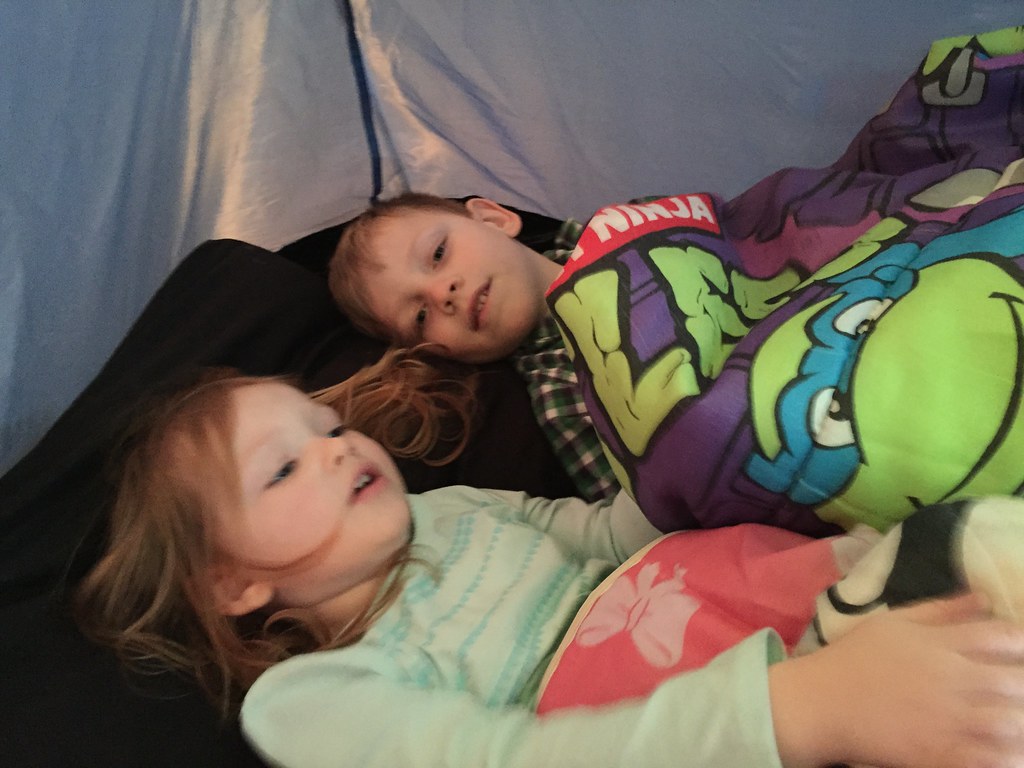 Unrelated to camping, here’s a photo of the kids with their younger cousin, Jude, while playing on the iPad. The moment didn’t last long, but I thought it was fun to see them all so engage in what was happening. 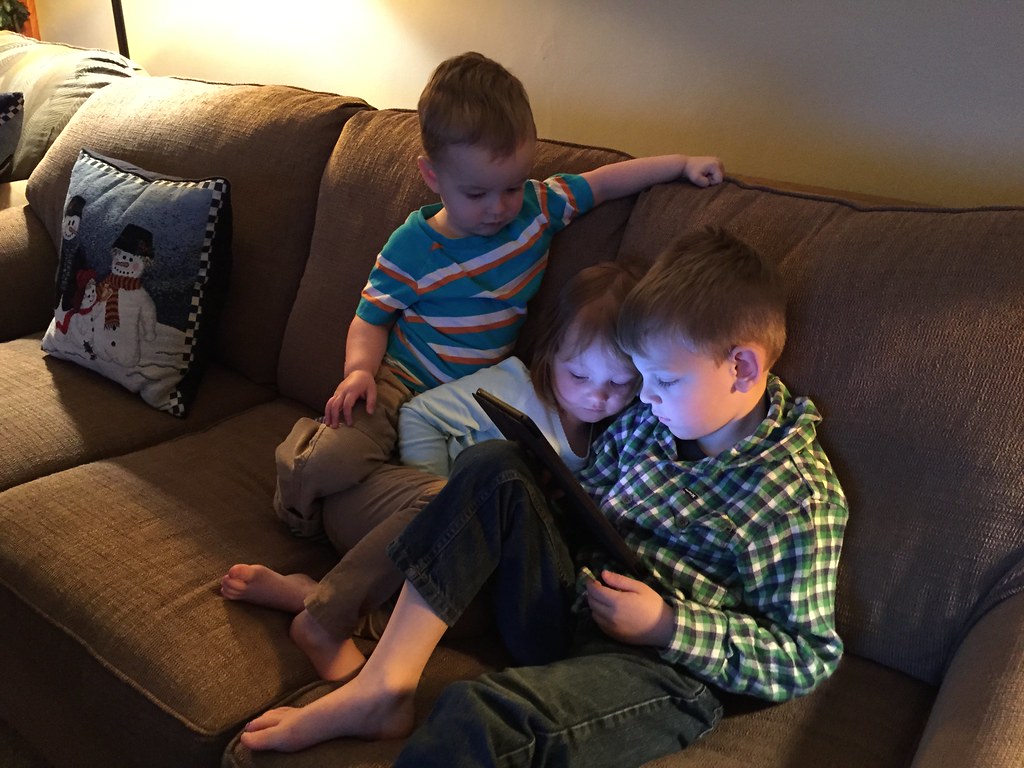 Tonight we had dinner out and outside the restaurant were some art pieces, including this one of a saddle. The kids tried it on for size. I think the stirrups are a little low, but overall Titus was a good fit. 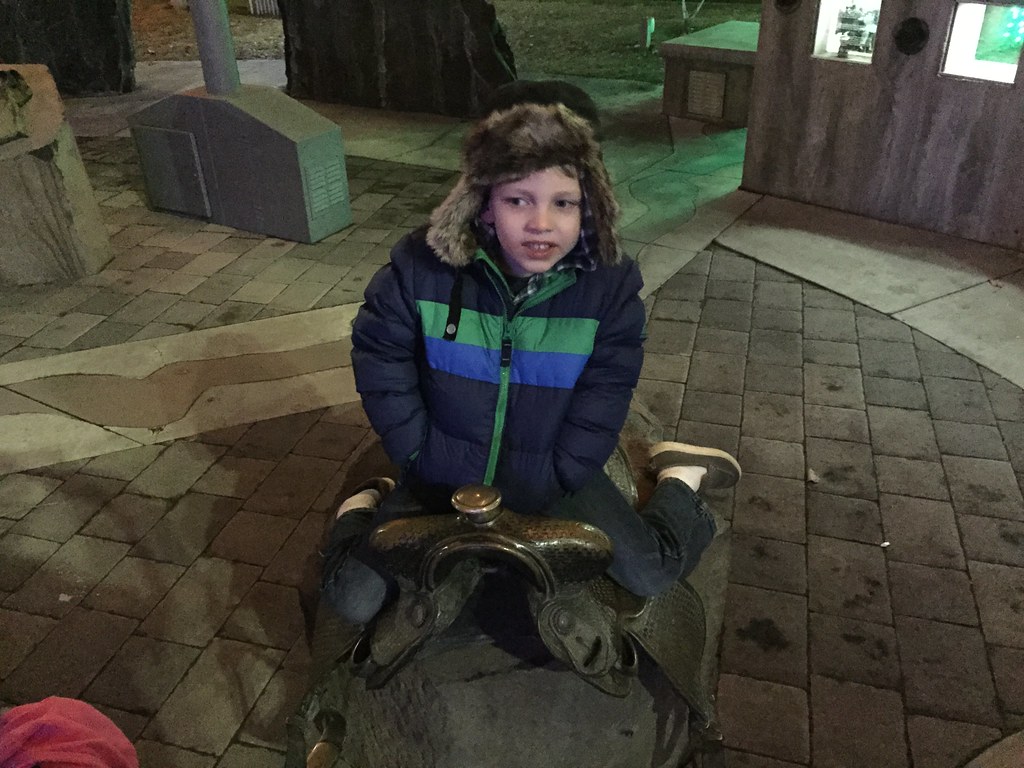 When we got back from dinner there was a large box waiting for us on the doorstep. It was our new stroller! We only have one chance of getting the stroller back to Czech, so we had to secure one while we were here. This one will be much better for the sidewalks in Czech and with the baby due in June we’re excited to get him or her out on the town! The kids were excited too and climbed in to it and test it out. 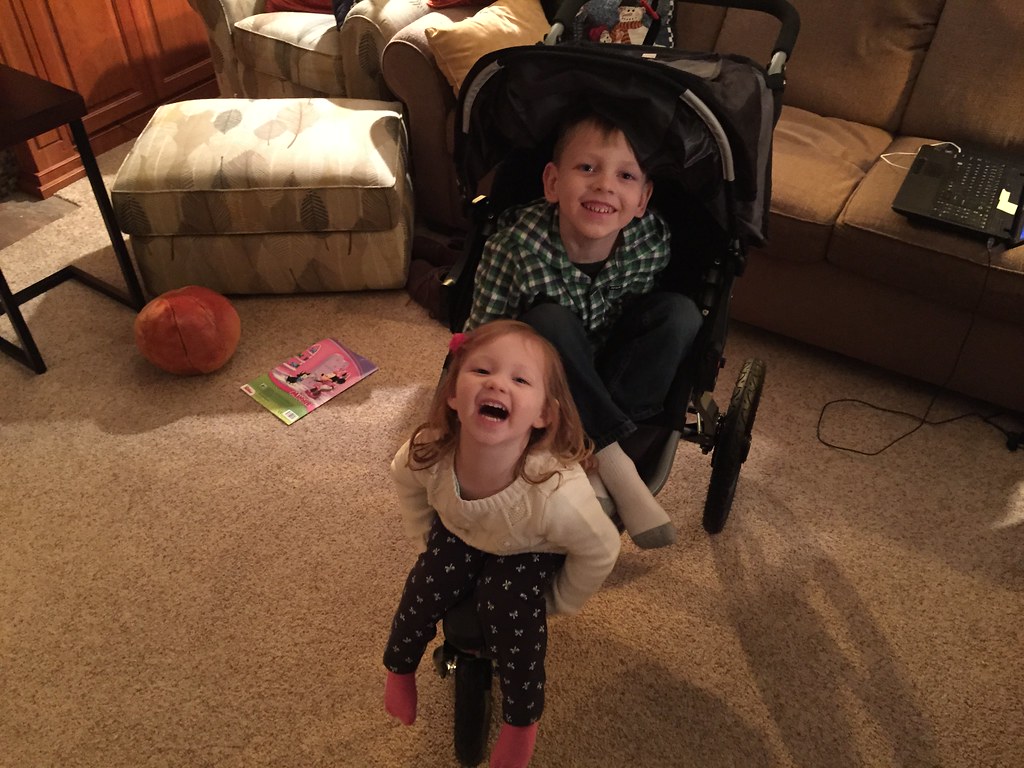 That’s all from me tonight. Tomorrow is the rehearsal dinner for Bethany’s brother’s wedding and we’re all getting excited about the festivities. Good night.