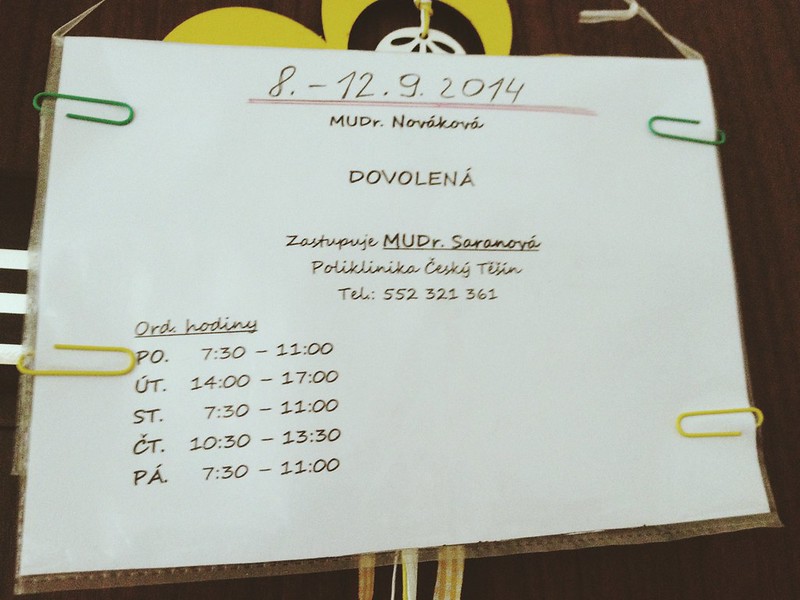 The doctor is not in. That’s what Bethany, the kids, and our friend Kristin found out this morning after they walked to the pediatrician. The door was locked and there was a note explaining that the doctor was on holiday. Another doctor’s hours were posted (shown above), but of course that doctor didn’t hold hours during the time that our family happened to be there. They’ll try again tomorrow. Hopefully someone is there! Why were they going to the doctor, you ask? Good question.

Right before we moved to Czech, Titus had gotten a rash. It started as little red dots that ended up spreading under his arm. At first we thought it was eczema (which he has), but it got worse and worse until it spread on half of his chest and we took him to our doctor in the States who gave him antibiotics for some kind bacterial skin thing. Thankfully, after a few weeks it went away. We’re not exactly sure how he got it, but it was weird. Now, sadly, we think Avery has the same thing. 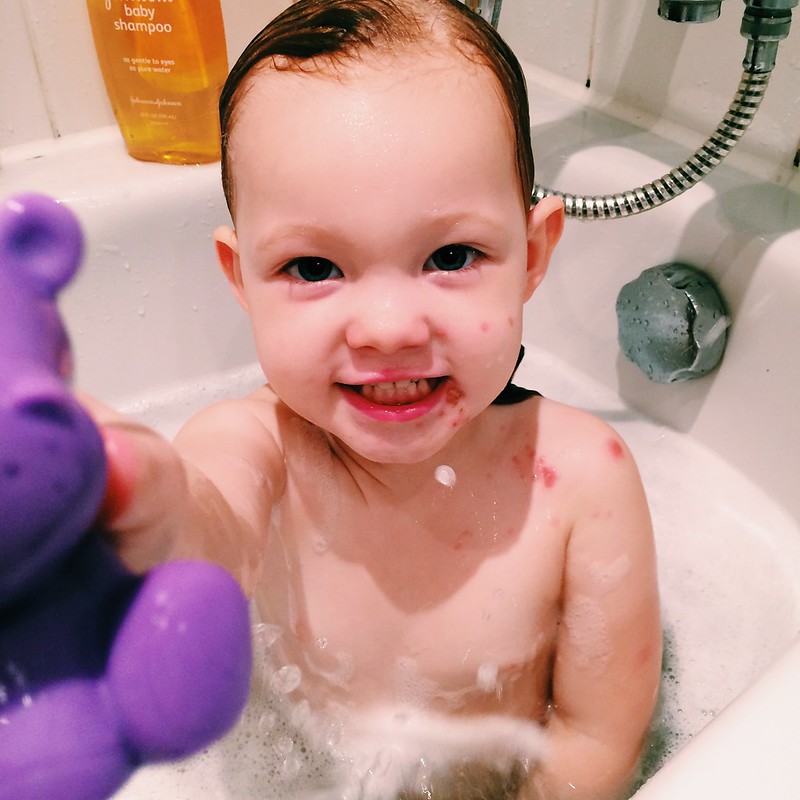 It started as one little dot on her face that we honestly thought was a mosquito bite (which we get a lot of here on warm days). But in the past couple of days it has spread to her shoulder and on to more of her face. You can see her face and shoulder in the photo above. For the most part it doesn’t bother her, but we’re trying to stop it before it spreads more. On Titus it got pretty bad, but it never got on his face. Hopefully we can get her to a doctor that understands what it is and can prescribe the right medicine for Avery. Please pray with us for this! 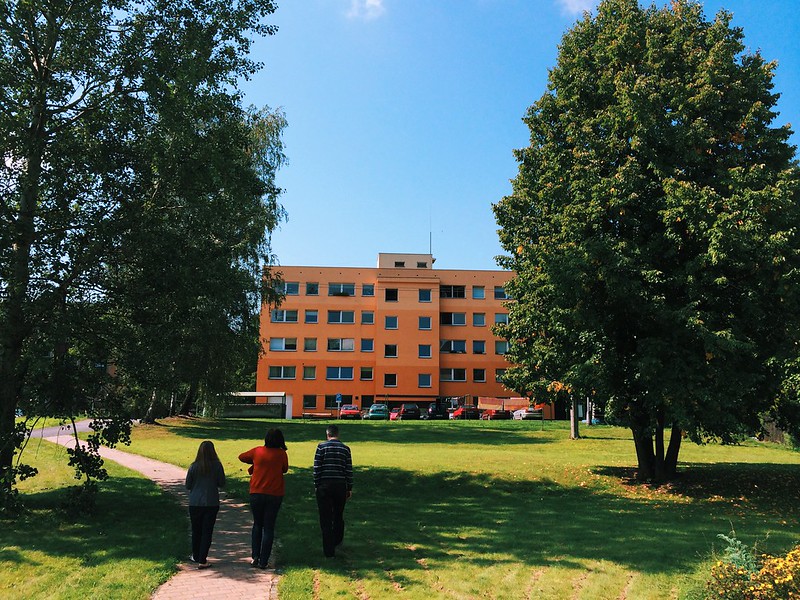 We had incredible weather today in Czech. To me, it was about as close to Southern California weather that I’ve seen since we’ve been here. There weren’t a lot of clouds, but there was a light breeze, and the temperature was very comfortable. I walked with a few people of our team to a lunch place today and took the above photo. Shortly after returning to the JV offices I sent out the leadership book we’ve been working on to the printer! This was a huge project and even there’s still a few things left to do I’m glad to have handed it off. 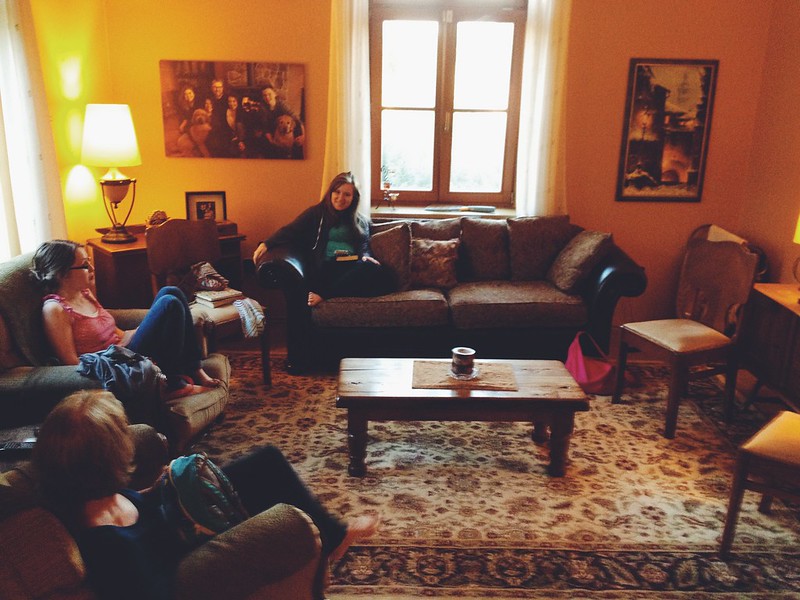 Tonight Bethany went with a few of the missionary girls over to a little Bible study. Most of the ladies there are part the international team that serves all of the countries that JV works in. Bethany said she really enjoyed herself and that she especially liked listening to the two Czech woman who attended. There’s something neat about listening to the way Czechs describe their faith and even though English may be there second language, it’s always impressive to hear them articulate their faith. I believe this will be a regular thing for her so I’m glad to stay home with our kids while she gets a little time out of the house.

And that’s exactly what I did tonight–spent time with Titus and Avery. We had dinner (which mommy made before she left!), played outside, played inside, took a bath, did Bible time, and finally got tucked in to bed. Those two are a handful, but it’s really fun to spend some dad only time with them.

Tomorrow we have a baby sitter coming in the morning so Bethany can join me for an international team meeting at JV. It’ll be the first one we’ve been to and it’ll be the first time we let a Czech girl watch our kids. We’ll see how it goes and you’ll be sure to know all about it when we return with full coverage on this blog tomorrow.