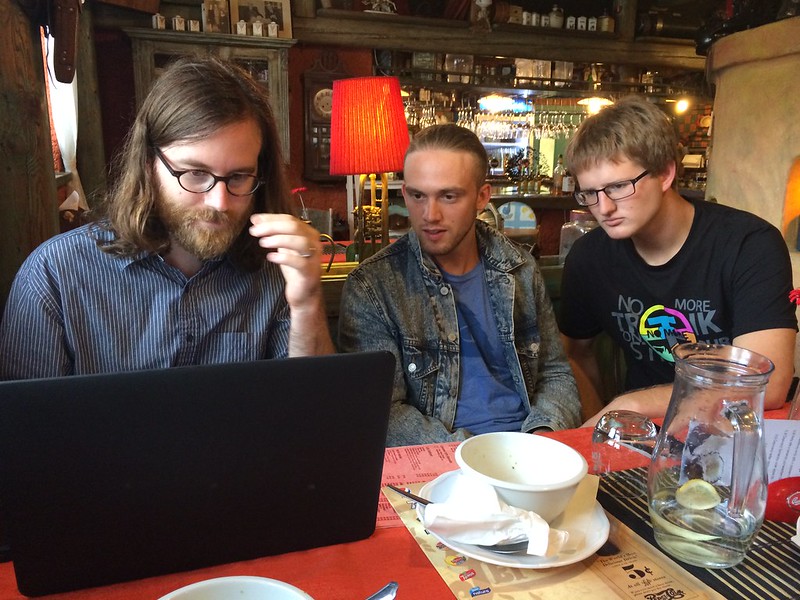 There’s a lot of things about Czech I don’t get and often I am confused. For instance, I’ve hit my head five times in the past two days on low ceilings or objects. Today I nailed my head on a tuba that was hanging from a ceiling where I had lunch. We were having a lunch with Jacob (one of our interns) because it was his last day before flying back to the States (photo above; Jacob is on the right). As soon as I stood up… bam! Right on the noggin. Earlier I hit my head on the top of a door post. Yesterday I hit my head on the same low ceiling two times and then on the ceiling in the stairwell. I guess I just don’t fit here?

But there are other things I don’t understand. Another example is John’s lunch from today. He ordered the fish (by accident) and that’s exactly what he got. It might sound funny, but when I think of ordering fish it usually comes battered or flat like a steak, but John’s fish was the whole fish with the head, eyes, tail and bones (photos below). Does all fish in Czech come like this? I have no clue. 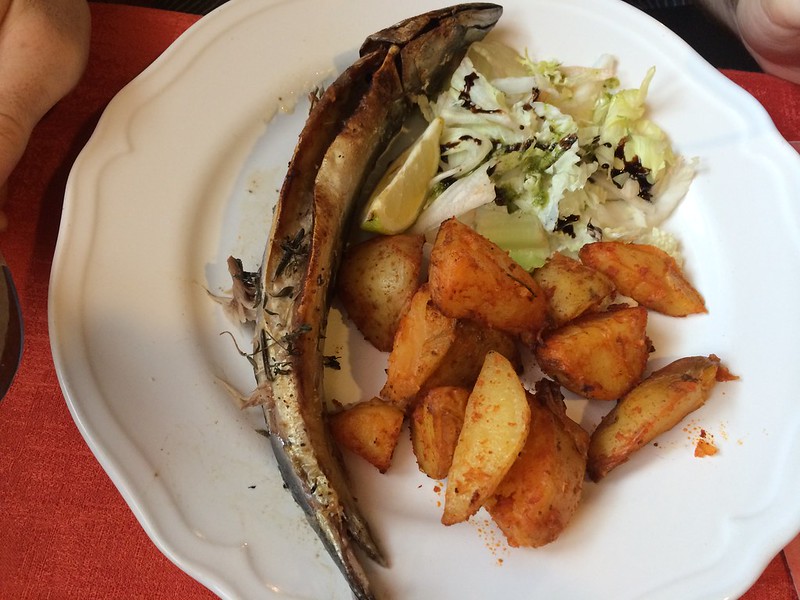 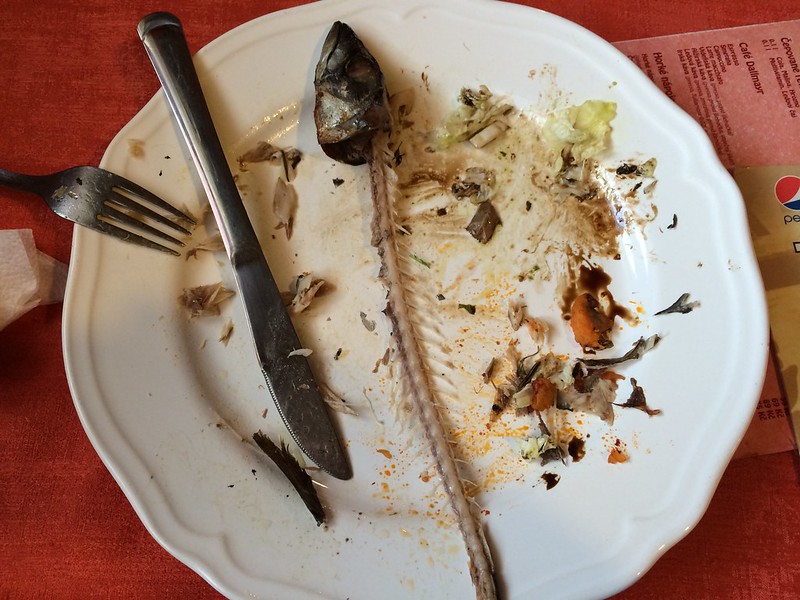 And what’s the deal with mushrooms? According to friends here the word mushroom is actually a verb. You can go “mushrooming” here in Czech. This might explain why there were wild mushrooms from the grass in our sitting in the front entry way when I cam home today (photo below). As I pulled in there was a gardner working in the yard so I assume he was the one that set them aside for our landlord. Will she eat the mushrooms from the yard? I don’t know. I do know that when I saw those in the yard the other day while playing with Titus that I thought I should kick them and throw them away. So glad I didn’t.

All of that to say there are definitely things to learn about Czech. Every day is an opportunity to learn something new. I’m just not sure I’m read to commit to mushrooming yet. 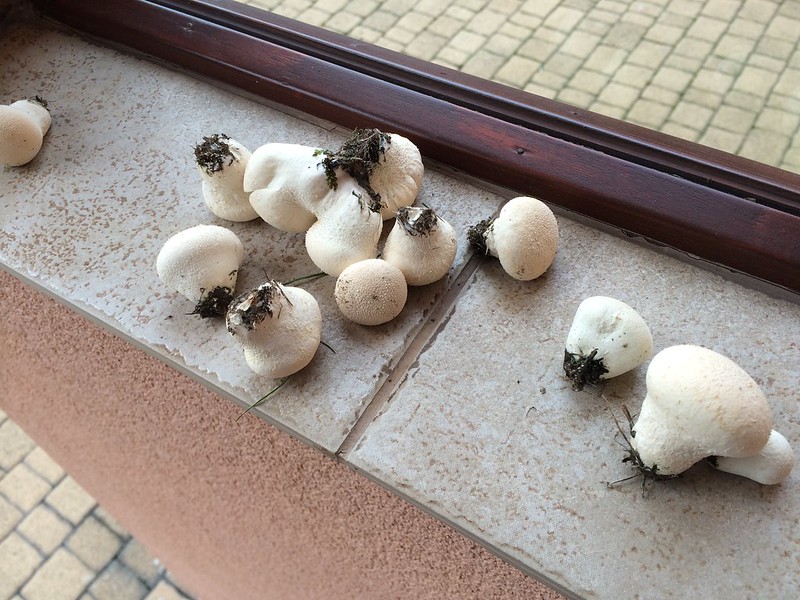 Tonight we were invited to a dinner at the Yorman’s house which was really fun. Our kids and their kids love to play together and the Yorman boys showed Titus and Avery a new game on the Wii. They had a ton of fun playing and laughing and we enjoyed a great dinner together with a few other people on the JV staff. It’s fun to get to know every one on a deeper level and even just shooting the breeze about movies or whatever else might come up during the dinner conversation. There was even talk of doing a regular dinner together to give our kids some time to play and us to just hang out which would be a blessing. 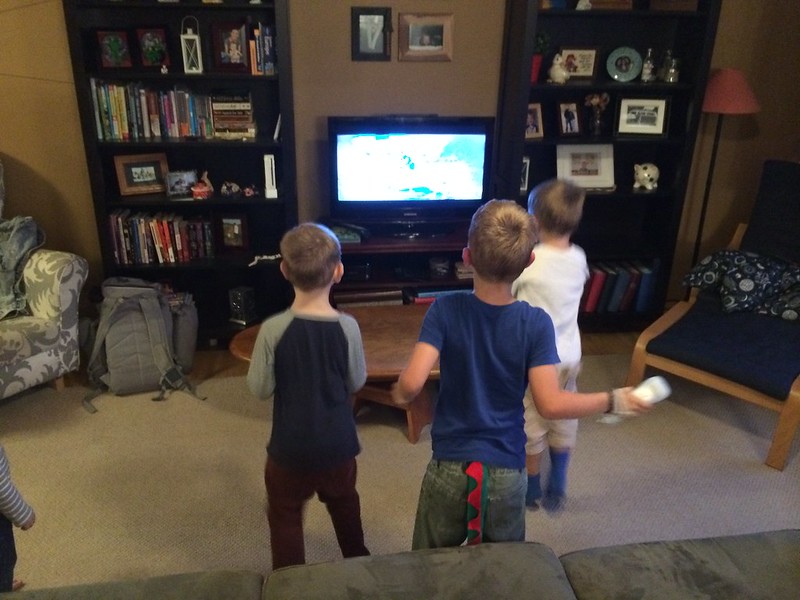 That’s all from me tonight. I’m tired and honestly my head is still hurting from all those bonks!