Today was day two of just daddy an the kids and thankfully it was about as uneventful as yesterday. Titus struggled a little bit today going to school, but I think Mondays are generally tougher for him since he’s had the weekend off and then goes back. I never thought this would happen in preschool, but Titus tried to convince me today hew as sick and said, “Dad, I’m sick…see!” and began fake coughing. Of course, I’m not OK with him lying so we dealt with that, but in my heart I was kind of laughing because that’s one of those classic “I don’t want to go to school today” things. I mean, John Hughes even made a whole movie about it. In the end we did get him off to school and I think he did alright. 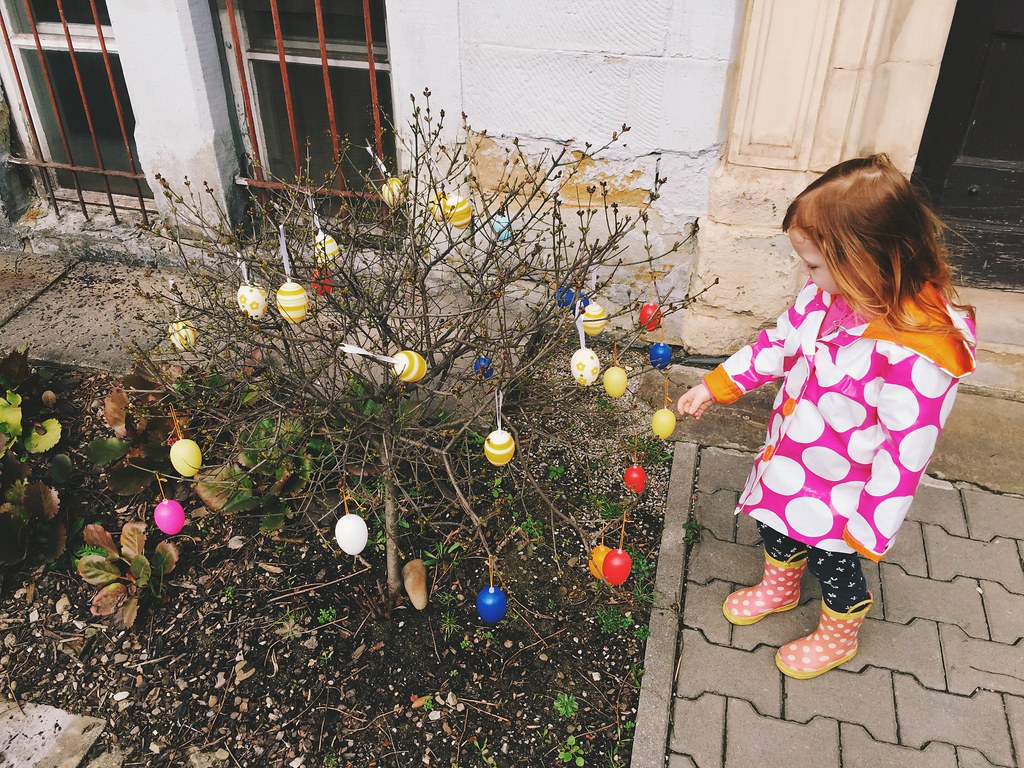 Above you can see a photo of Avery outside of Titus’ class when we picked him up this afternoon. Hanging on the little bush outside were plastic eggs which I just assumed were from the kids. Titus told us as we left that his class had done that and I asked him which one and he picked red (no doubt that choice is because he loves Lightning McQueen). In the photo below Avery is touching the blue one, but the closest red one is the one Titus said was his. He also said they colored eggs and played outside, but I honestly never really know if he’s telling me about something that happened all today or compilation of a few days. 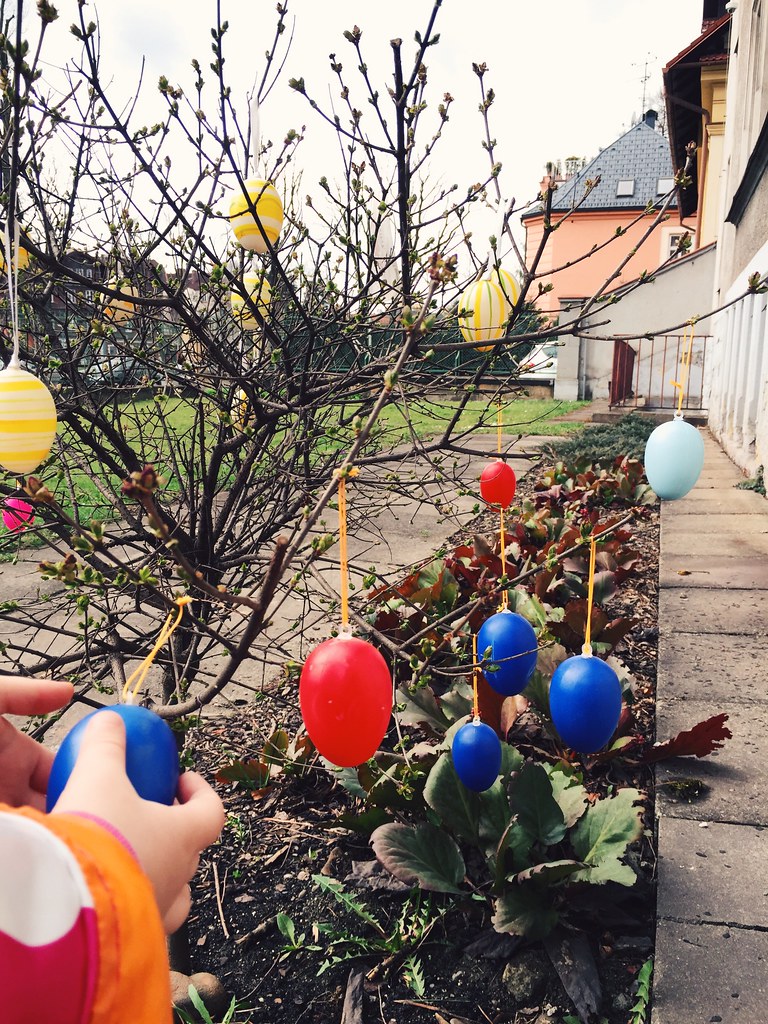 Speaking of Easter eggs, we have a box of plastic eggs called “Resurrection Eggs” that Bethany made a year or two ago. This afternoon the kids really wanted to go through them and they walk through the story of Jesus during the Passion Week. Each little egg has something inside like nails, thorns, rope, etc. that all relate to the verses regarding Jesus’ death. I had a really good time talking it through with them and even using the Bible we read them every night to show them pictures and relate the story for them even more. I’m amazed at how much the kids can remember and I also love that when we get to the last egg it’s completely empty! Avery knew what was coming already and said, “See! Jesus is alive!” Just that simple exercise of walking through the gospel with my kids was a blessing to my heart and a reminder of what we will celebrate this Sunday. I really am thankful my kids are hearing about these things at such young ages. 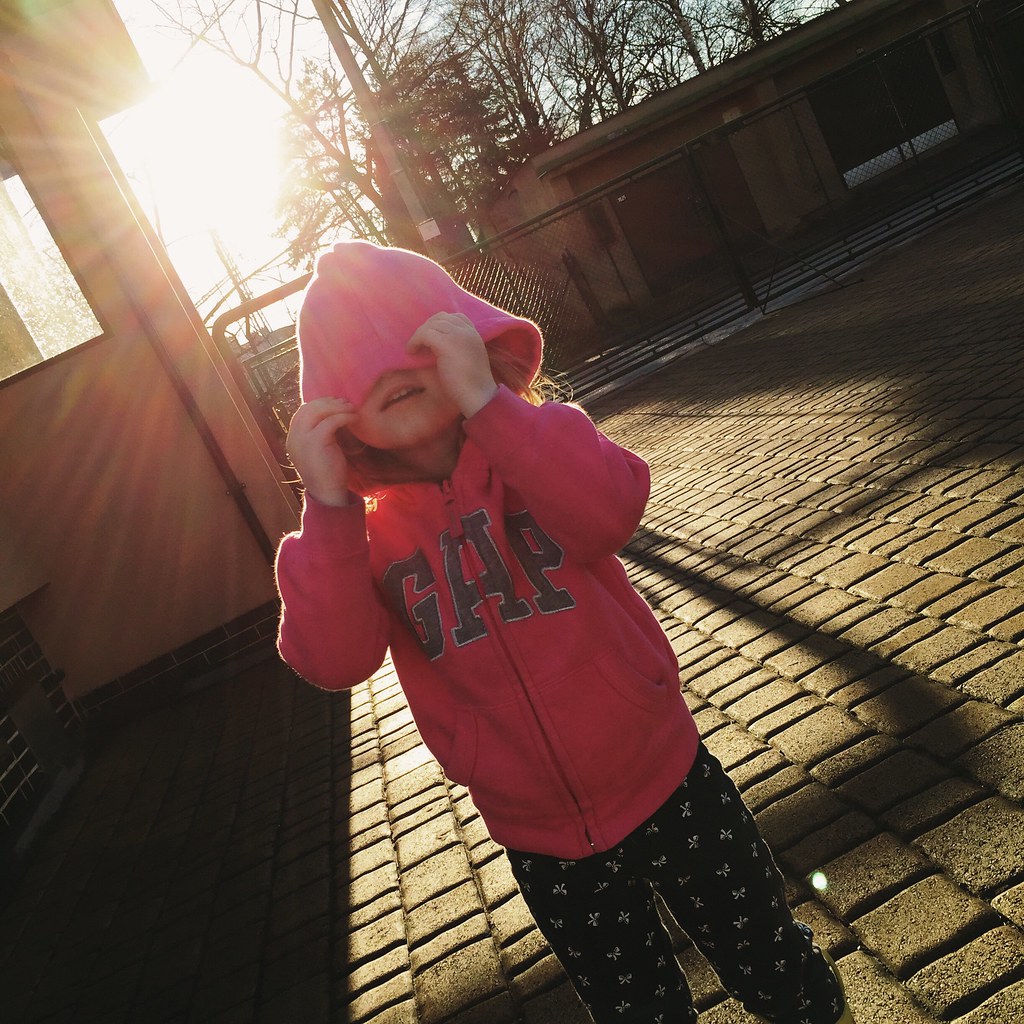 It was pretty cold and rainy today and it even hailed more than once. But the sun came out for about 15-20 minutes this evening while I was making dinner for the kids (oh yeah, I make a mean frozen chicken nugget). Since the sun was low in the sky it made everything golden and I ran out with my iPhone and took a few photos. From gray to gold is such a contrast so it’s always strikingly beautiful when that happens. Above is a photo of Avery being silly with the sun shining behind her. And below is a photo of the church next door when the sun was at it’s brightest. It looks like the storm clouds are rolling away, but only a few minutes later it was dark and overcast again. Either way, I’m thankful for just a few minutes of that wonderful sunlight. 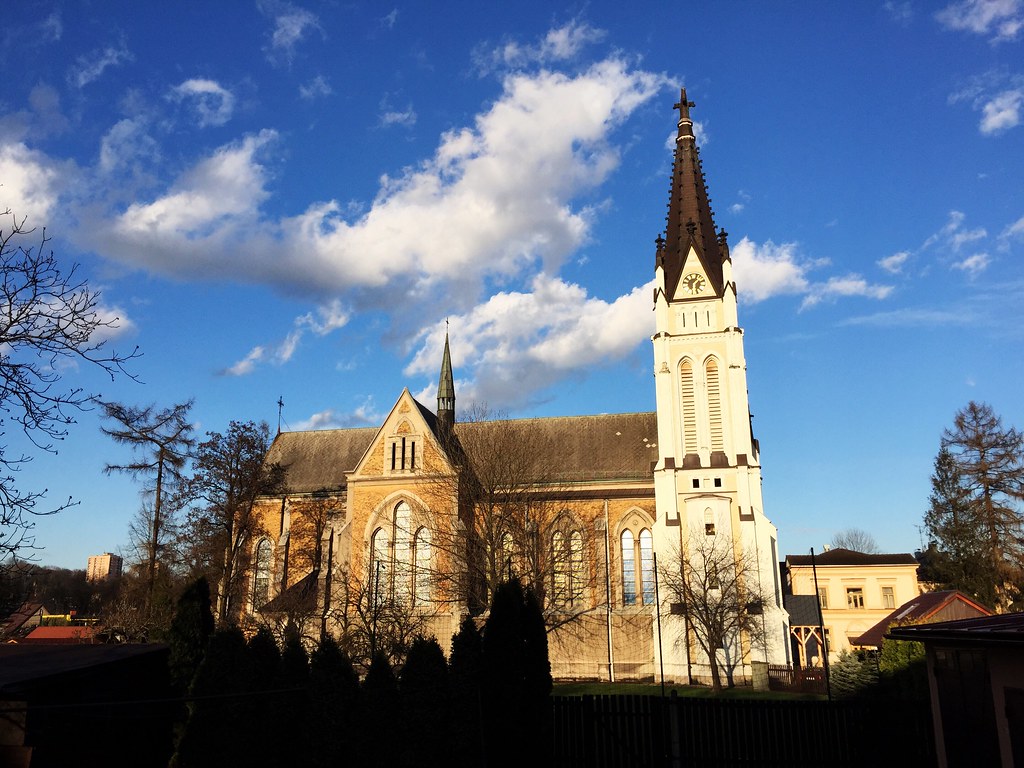 Bethany called us from Poland tonight for a few minutes, but those turned into the the most exciting moments of the day. A few minutes into our phone call Titus knocked an entire cup of water on the table, chair, and floor in the kitchen and Avery dropped a little toy that has colored oil in it and it broke. Naturally this cut into our talk time and I had to hang up, but I think I’ll give her a call when I’m done writing this. She’ll be back tomorrow afternoon and I hope she has had a good time. She said it was stormy in Krakow today too and that they had been doing a lot of walking, but I’m sure I’ll get more of the details when we talk later. Overall, I think the past few days have gone fine and I’m thankful that she was able to get away. But…I really can’t wait for her to come back!