I slept for eight hours last night. That’s a rare feat, especially this week when I was averaging around five of six. It was so nice to sleep in a bit today and Bethany blessed the whole family with another round of Swedish pancakes this morning. After breakfast we picked up Cory and Kristine Cramer (and baby Shiloh) and headed for the Ostrava mall. They have been in Czech this past week for the conference and are waiting on Kristine’s parents to finish up some meetings here so they can spend time together with them in Prague early next week. Life in Albania is much different than here in Czech, and I think going to the mall here was really relaxing for them.

At the mall we met up with Daniel Reimer and Jenny and Landen Llamas. Daniel and I work together on the JV Creative Communications team and Jenny and Landen literally just moved here a few weeks ago, but we have known them for some time now. We all had a fun time shopping and hanging out and even enjoyed an extended lunch this afternoon at a place in the mall. After lunch we all got a photo together. As we were taking the photo I was thinking to myself that it felt familiar. It wasn’t until later that night that Cory and Kristine realized we had taken a similar photo almost a year ago. Upon a little checking on Instagram I realized that it was almost exactly a year ago to the date that we all took a photo. Here’s the photos:

This first one was on October 1, 2013. We all had dinner together (minus Daniel) in Santa Clarita, California. 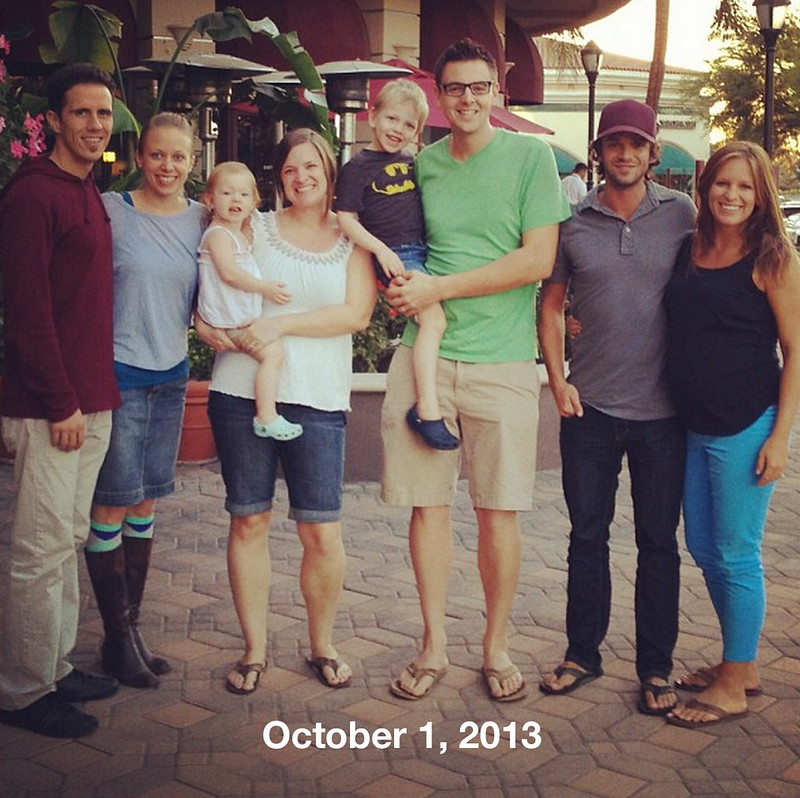 And here’s the photo from today (with Daniel now) in Czech Republic and it’s almost exactly one year later. Isn’t that awesome?! 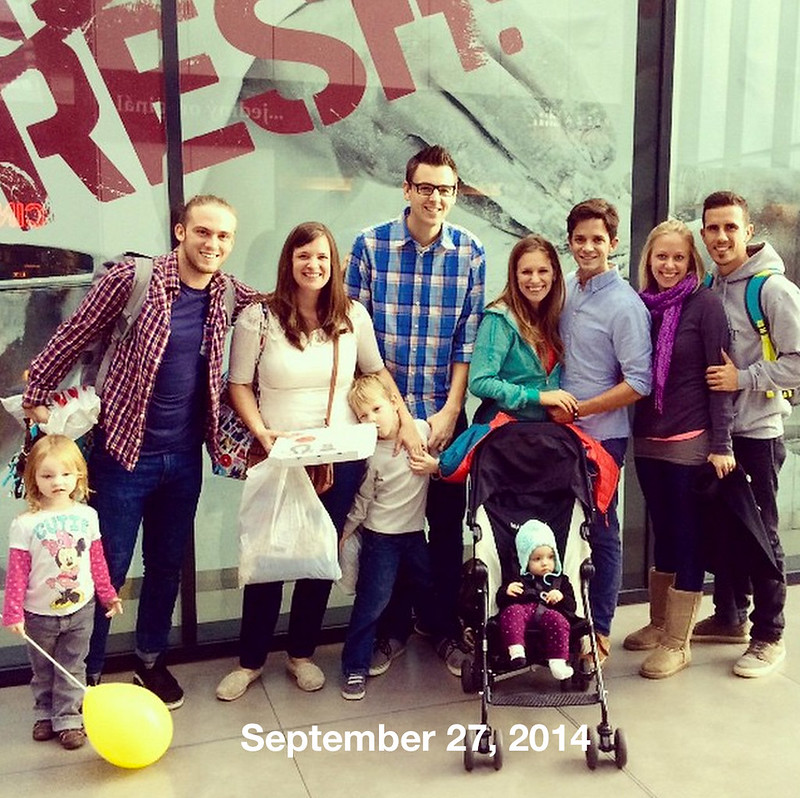 While at lunch there was a helicopter literally hovering outside of the window where we were eating. The restaurant is on an upper level and outside some medical guys were doing drills jumping out of the helicopter on ropes. I grabbed a quick photo and even though it looks further away, this helicopter was so close to us. 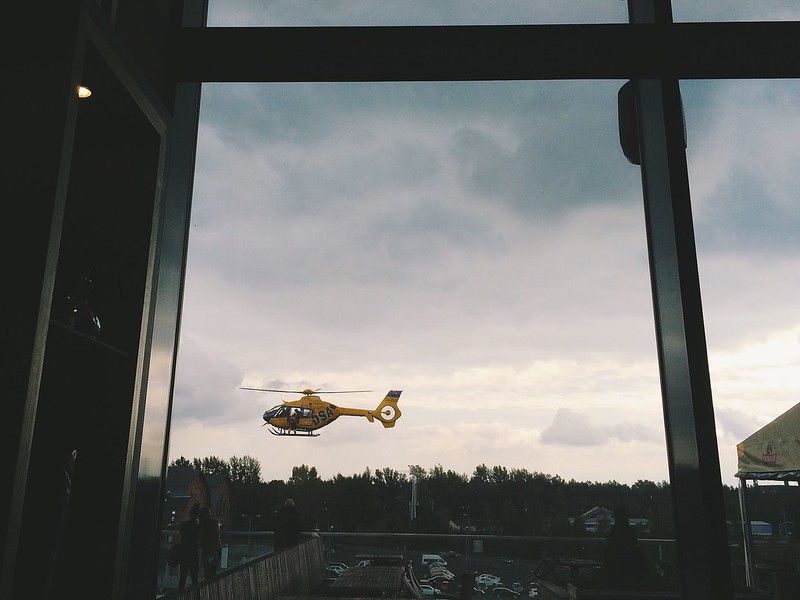 We have been slowly trying to find more clothes for our family and so doing some shopping today was great. There were a few sales going on, and we found some warm things for winter, but Titus and Avery tried to sneak in some hats. Here’s a photo of how we found them today while they were doing some shopping of their own. 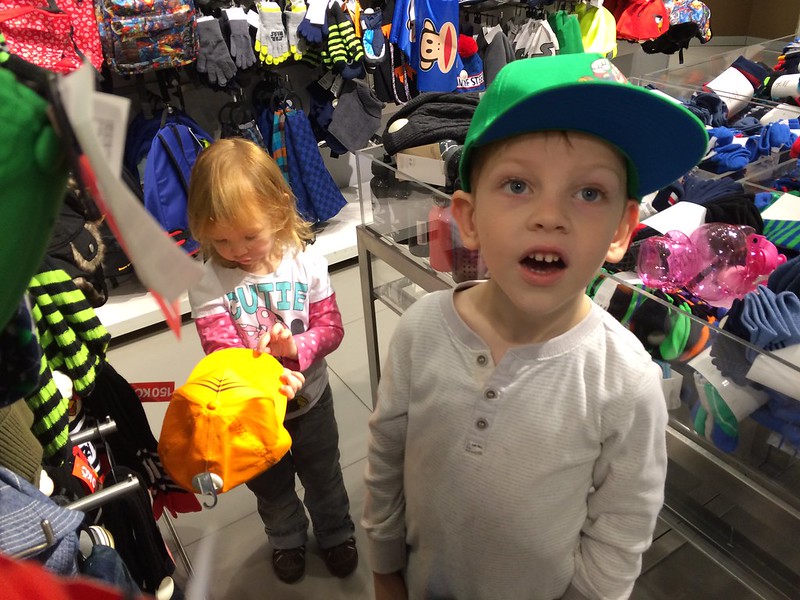 With lots of shopping and a nice lunch, Avery got a little sleepy at the restaurant. Here she is laying on the bench while we all were still talking and enjoying time together. 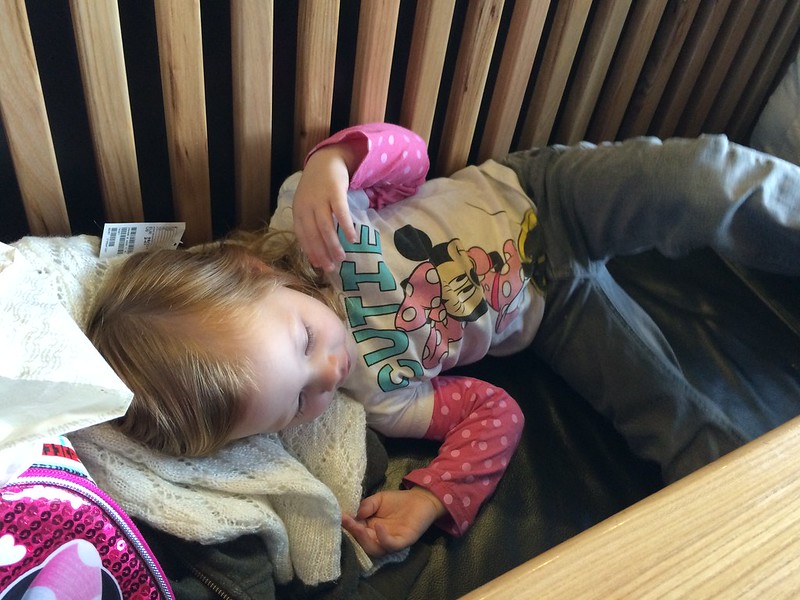 Our little reunion ended around 4:00pm today and we headed back to our town. Cory and Kristine are staying in a hotel near us so we dropped them off and all of us got a late afternoon nap. Tonight the Cramers came back over for some dessert and we said our goodbyes. It was fun to spend time today and last night with them and a privilege for us to call them our friends. If you think of it, pray for the Cramers as they return to Albania and begin to settle in. They have had a very full summer with ministry and lots of things going in their house so now will be the time where they can begin to find their new normal. We’re thankful for their friendship and will continue to trust the Lord to use them mightily in Albania.

Tomorrow is Bethany’s birthday! We have something special planned, but I don’t want to give it away now. I guess you’ll have to tune in tomorrow for all the details. Until then, from Czech Republic I’m Shay Thomason…back to you.