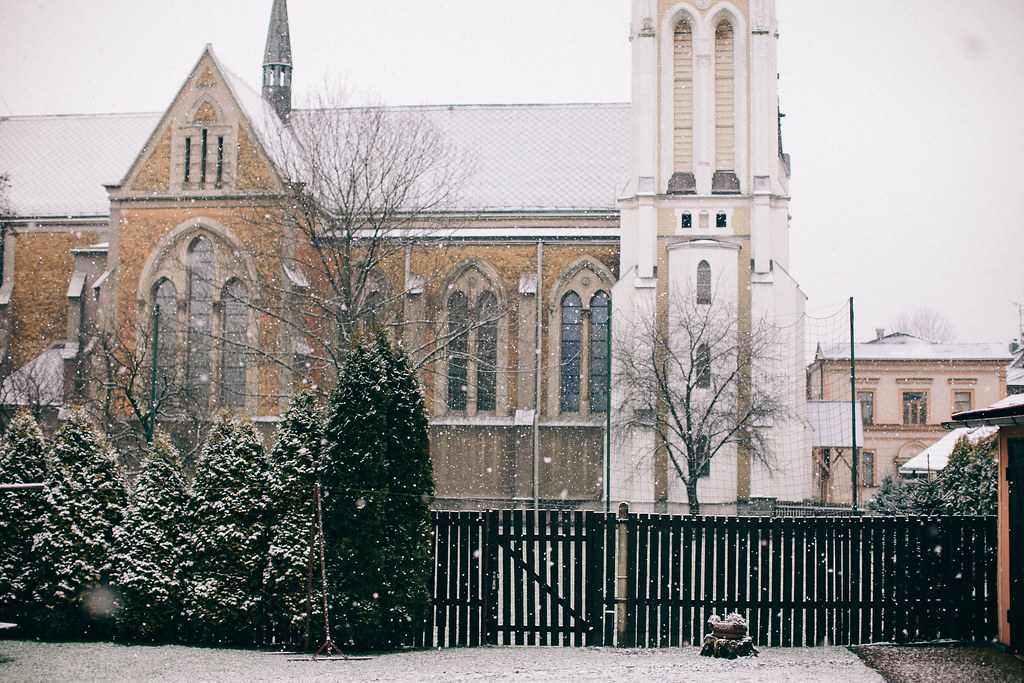 Like a little child waiting for Christmas, I have been waiting for our first snow day in Czech. Today was that day, and it was beautiful. Bethany grew up with snow in central Washington, but being a child of southern California I didn’t see many snow days. There were a couple of them, but they were definitely few and far between.

Today’s snow didn’t really pick up until around 2:00pm, and we really needed to head to another town and do a few errands. After checking the weather forecast, we decided to take our chances and left early this morning for the mall that’s about 40 minutes away. One thing we needed was a cordless phone so we could connect our Internet phone which will allow us to make calls to the States. We ended up finding the perfect phone at a great price at the first place we looked. In celebration, and because our friends gave us a gift card, we headed over to Starbucks. 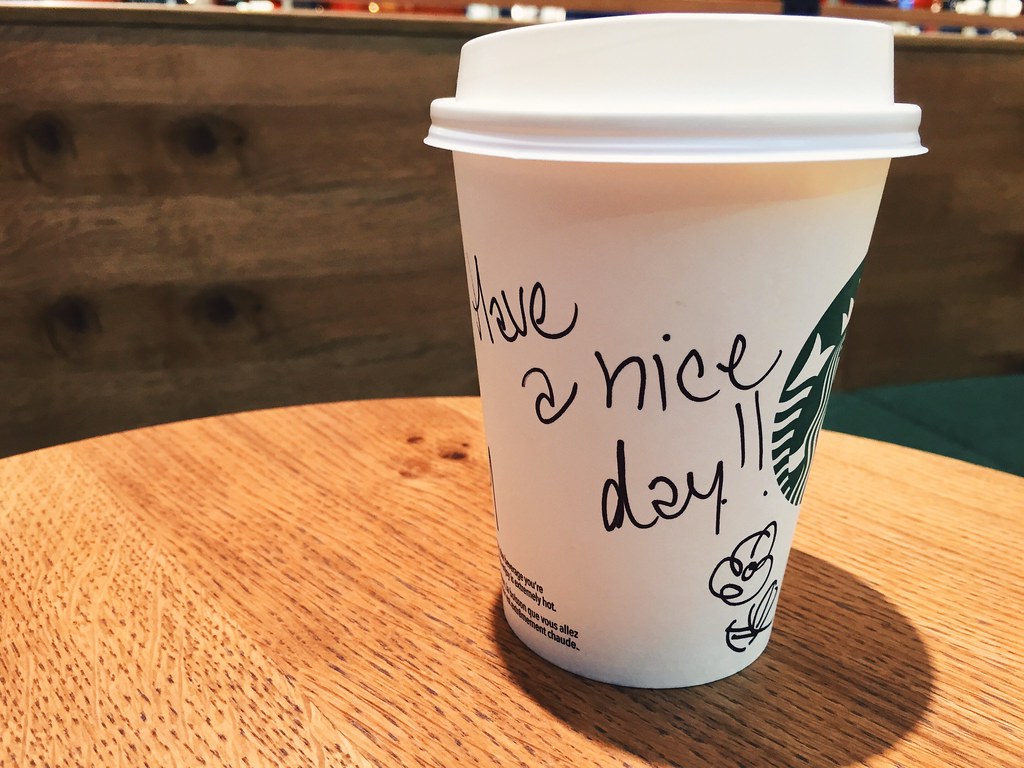 Much to our surprise, the Czech baristas wrote “Have a nice day” on our cup…in English! That and the drink we were a nice little treat. From where we were sitting in the mall we could see the snow starting to come down outside, so I wanted to make sure didn’t linger too long. Our next stop was the mall play place. Titus and Avery have mental maps of every mall we have ever visited with precision GPS that can guide them there so we really had no way out of that. This mall’s play place was actually new to us, and it turned out to be a lot of fun. One thing they had was this giant, 2-story twisty slide. Titus was too scared in the beginning to go down it, but Annie Oakley Avery had no problem climbing the stairs and shooting down the tube. Below is a video that Avery took while sliding all the way down. You’ll notice the little Czech boys in front of her trying to talk to her. 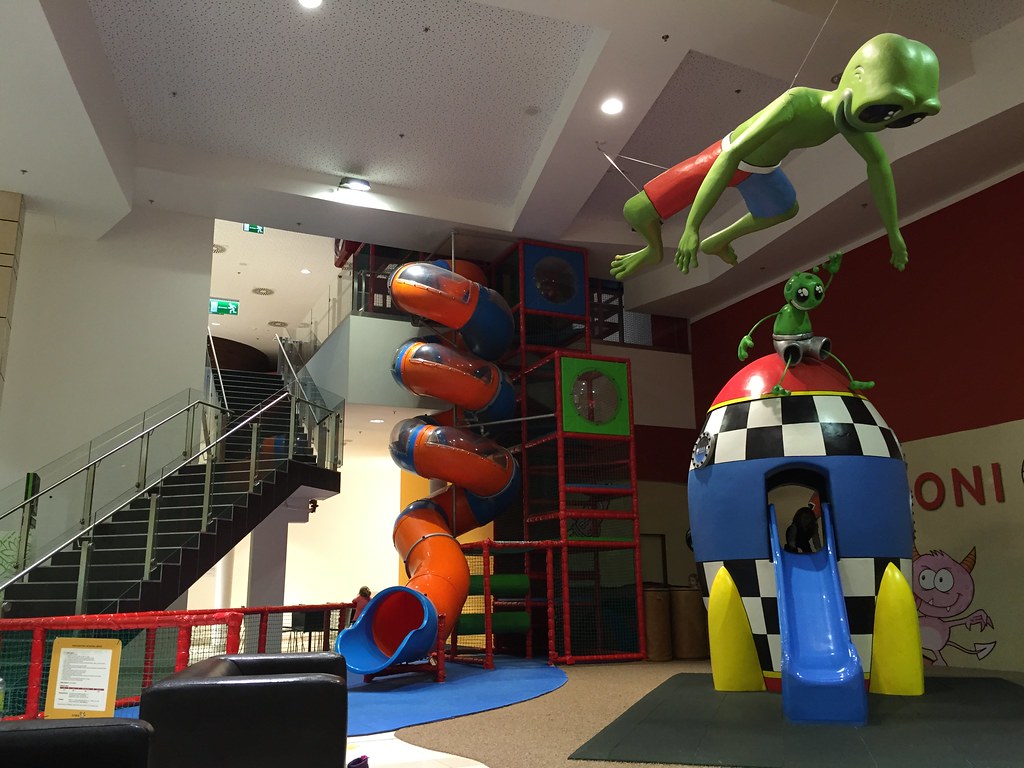 Eventually, Avery convinced Titus that the tube was “a slow slide” and he went down. Here they are going down together. You can see Titus leaning on his back (probably because he was nervous) and Avery is all smiles as they make their way down. 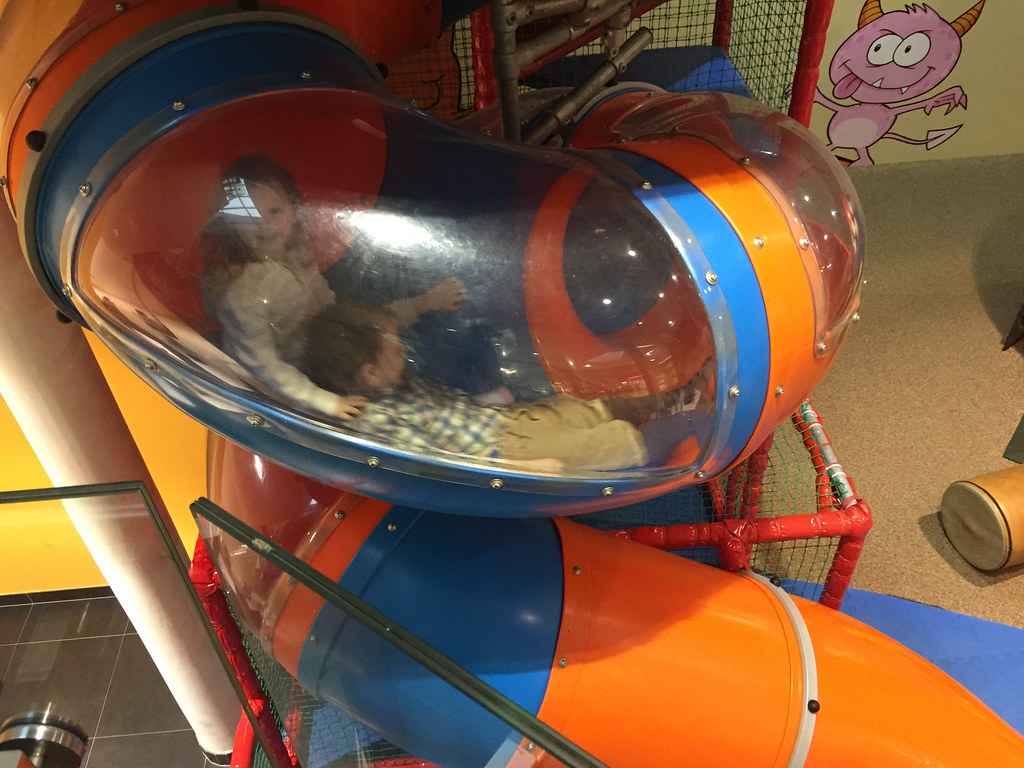 It’s always worth mentioning just how kid friendly Czech is. We went into multiple stores today that had little kid activity tables. Here’s a photo at the grocery store (yes, the grocery store!) that had a little Lego table. I played with the kids for a bit while Bethany grabbed a few items. As an aside, you’ll often find grocery stores inside the mall in Czech, and this one was no different–it’s actually quite convenient! 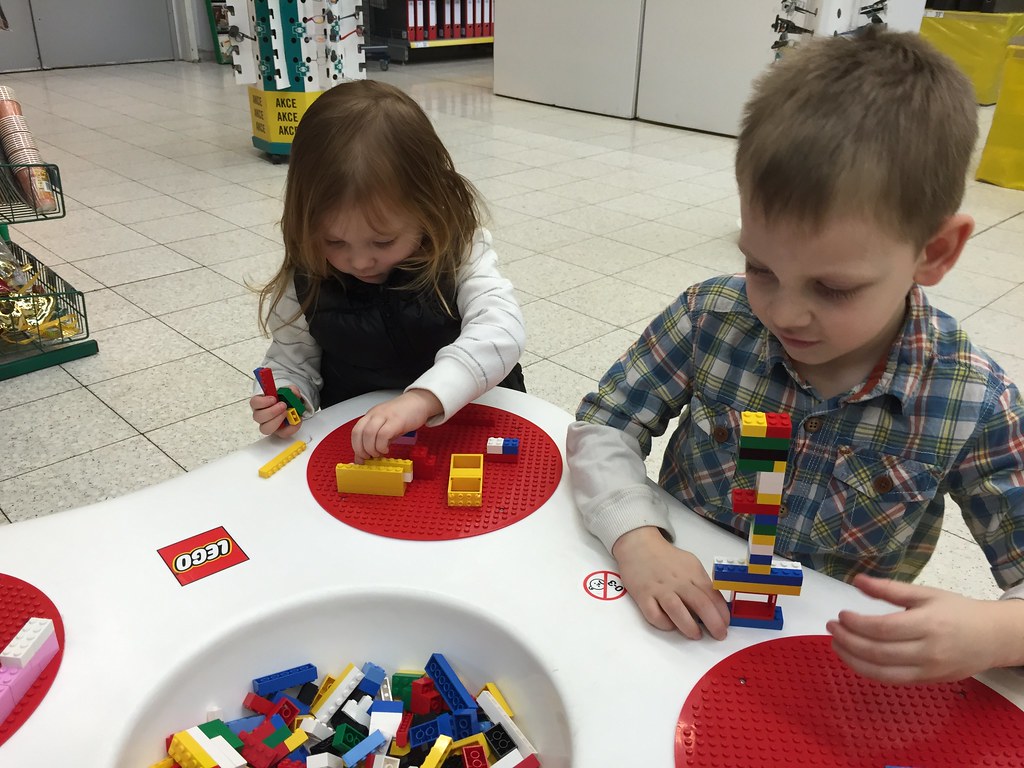 The snow had been coming down, but wasn’t really sticking much until about the time we were leaving the mall. Here’s a photo of us walking back to the car and it was just starting to come down harder. When we got to our car, there was just a thin layer on it. 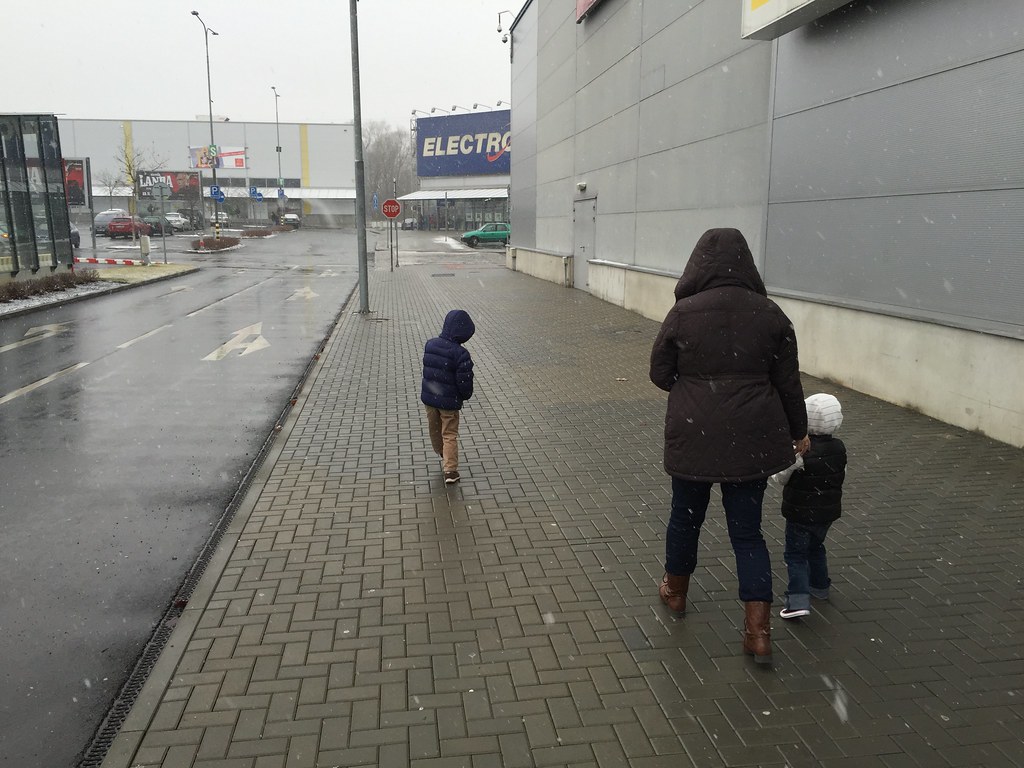 Right as we were arriving home, the snow really began to come down and was sticking. The kids had fallen asleep in the car but we managed to get them inside and lay them on their beds without really waking them up. As soon as we were settled, I grabbed my camera and took a few photos along with a slow motion video of the scene. Here’s a little 16 second video I got that I added some music to. The church next to our place looked so incredible as the snow was falling. 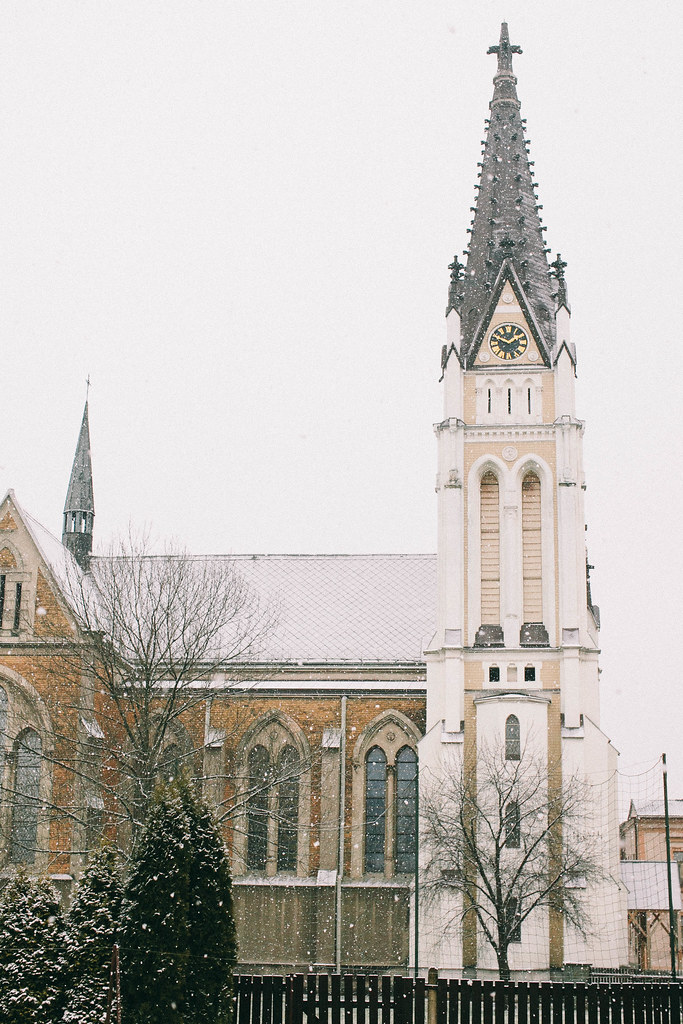 This afternoon I setup our new phone and ended up talking to my mom in the States for a while which was a real blessing. It was just morning time for her so we chatted as I watched the snow continue to fall outside. When the kids woke up from their nap we got excited about going outside to play. Bethany had called her parents on the phone too and then we ended up video chatting with them, so they were able to watch us playing outside via the computer. Bethany held the computer by the window as we threw snowballs and made snow angels in the yard. I think I had just as much fun as the kids, and it was a real joy to just play with them. Here’s some photos from our time. 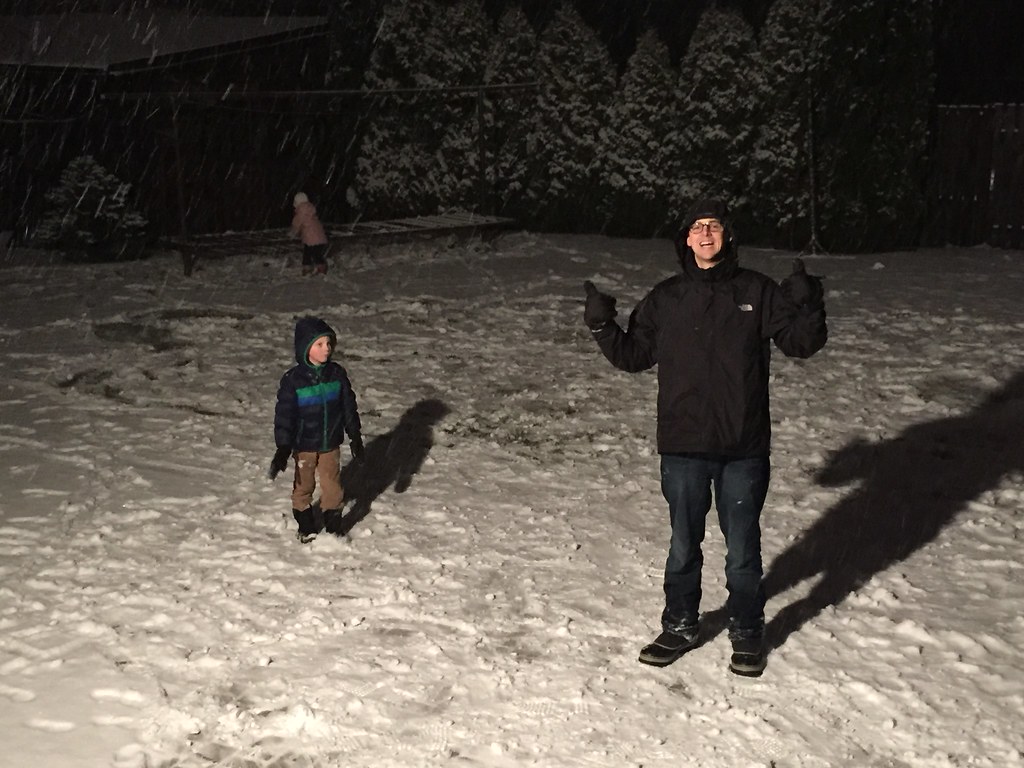 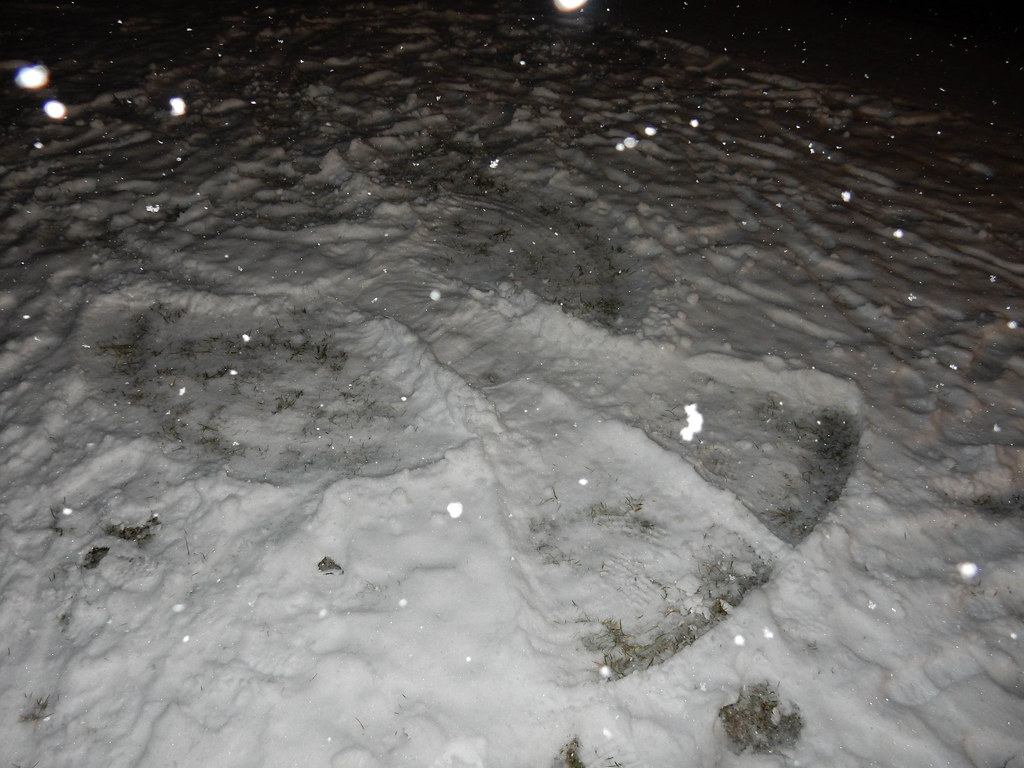 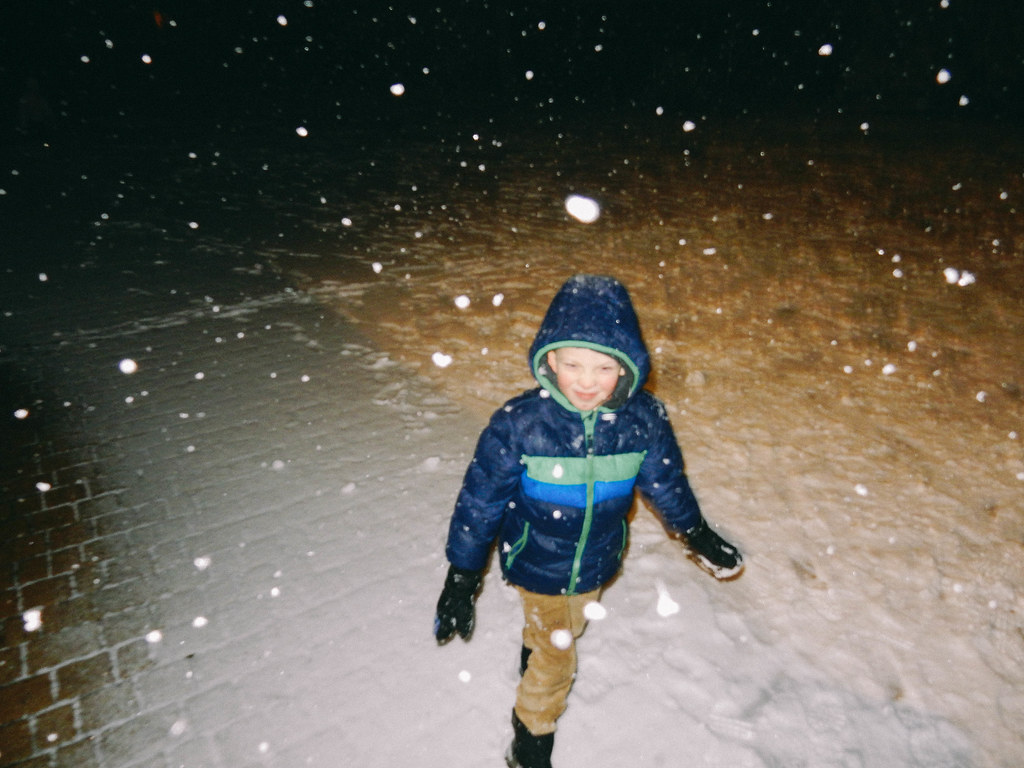 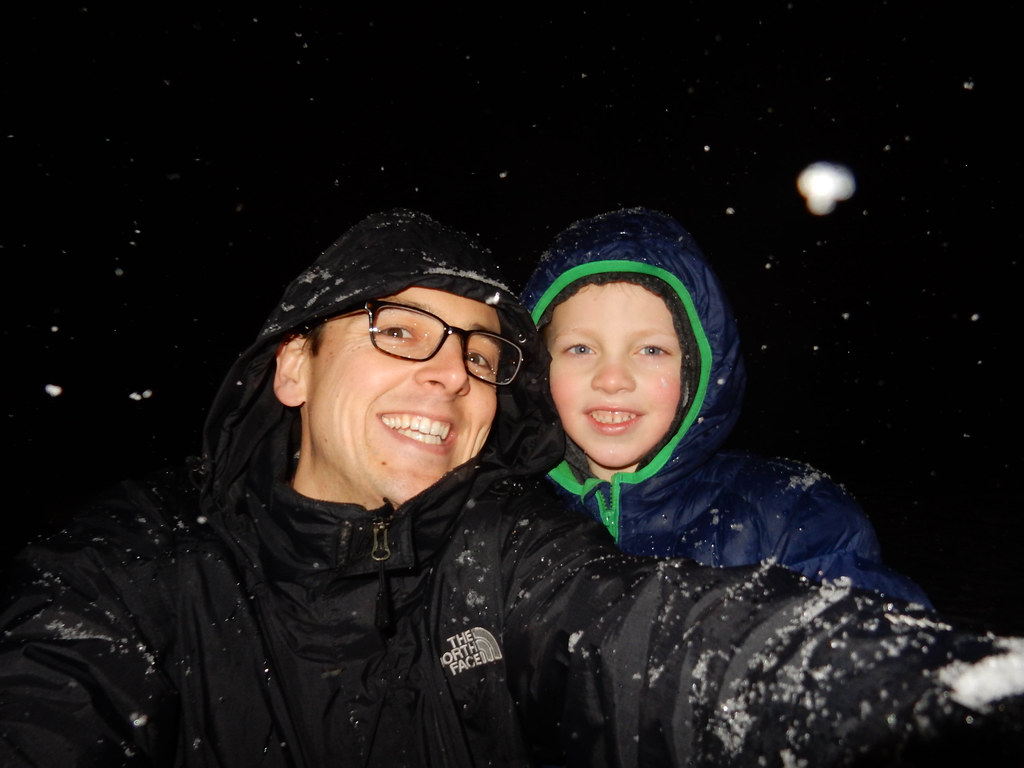 I truly praise God that our first snow day came on a Saturday where I could spend it with my family. Just seeing Titus’ face and hearing him laugh when we were throwing snowballs at each other will be etched in my mind for many years to come. Watching Avery do her best to build a little snow man with the dry snow was cute and special. But even more than that, one thing I noticed today was how beautiful Czech looked. Even some of the grungier parts of the city were covered in white, perfect snow. That, of course, reminded me of the gospel and the great hymn “Jesus Paid It All.” All the grungy parts of my life–my sin–are covered by the sacrifice of Christ, and now I’m washed, “white as snow.” Praise the Lord for His amazing kindness and grace towards me.