I would repeat tonight in a heartbeat. I had the privilege of speaking on social media in the ministry context and I seriously had so much fun. I’ve been sharing the last few days how I’ve been in and out of Josiah Venture’s “National Orientation” where 19 men and women from 8 countries are officially joining the JV family. They will finish up tomorrow and I was able to be part of their last night together.

As I spoke tonight on what God did with our family this past year, and how He used Facebook and Instagram to connect us to many individuals who are now on our support team, I was overcome with emotion. Even as I prepared my presentation earlier today, I began to cry and think about how many people are sacrificing and generously supporting the work we’re doing in Czech Republic. I’m truly and deeply thankful for each and every one of them. What’s absolutely incredible to me is that in a round about way, our supporters are supporting these nationals who heard me speak tonight. Hopefully I was able to impart to these nationals some help and encouragement and that is definitely in thanks to our supporters who allow me and my family to be here!

Above is a photo I took while I was speaking and I told them all it would be on the blog tonight. You can pray for all of them as they now turn their efforts towards raising support. This is a significant challenge for some of them. Many of their church cultures and countries are not accustomed to supporting missionaries and could very well be confused by their efforts. My hope and prayer is that these men and women will be part of a movement in their countries that sees the church rise and up send out workers in to the harvest! Being with them tonight reminded me that the work is not always easy, and I need to continue to pray that God would shower His grace on them.

Below is a video I posted to Instagram back in June when we finally reached 100% of our support. I showed this video tonight and that’s when I was overcome with emotion. Praise God for His faithfulness and for the many people (maybe even you!) who support our work here. We are truly thankful.

Thank you to all our incredible supporters. We're done! Buying our plane tickets today and planning to leave for Czech in a couple weeks. To God be the glory…Thank you! #the100club 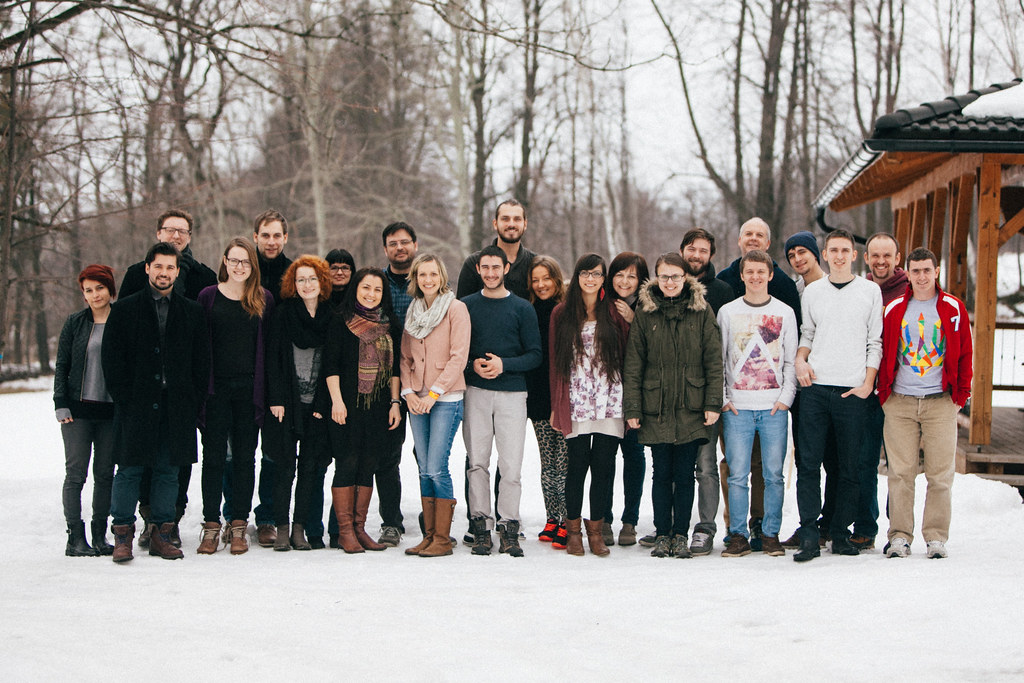 I don’t like to talk about how tired I am, but at this moment I’m really feeling a little out of gas. The last few days have been longer than usual with different things going on at Josiah Venture, including the national orientation that I talked about yesterday. Above is a photo that I took this morning of the entire group and some of the leaders of the orientation. It hasn’t been snowing the last few days, but it was still pretty cold out and you can see just how much snow is still on the ground. I believe there are about eight different countries represented in that group and I was told by one of the leaders that they seem to be a really great group with lots of energy and interaction. Tomorrow I will be with them and sharing a bit about our story and how God used technology to help us connect with others during our support raising. I’m really looking forward to it!

We had our usual language talking time at home this afternoon and if you look on the far right (in the above photo) you can see we’ve added another member to the group. Our friend and teammate Daniel joined us today for some Czech language and we had a good time together. Mostly we’re making sentences like, “I took the bus to the store,” with really basic grammar and words. As has been true thus far, it’s amazing just what you can learn by repetition and listening. 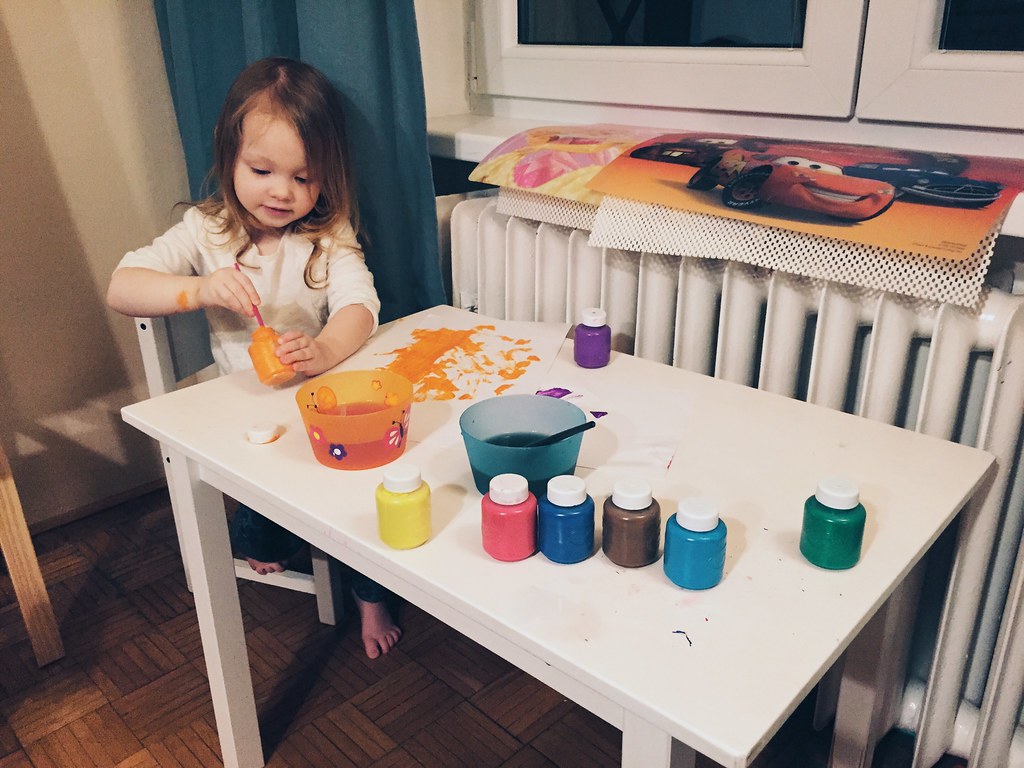 I didn’t do a great job of being daddy tonight. Shortly after I took the photo above, Avery spilled that orange cup of dirty water all over the floor and me. I got pretty short with the kids and just in general didn’t have a good attitude. Bethany pointed it out to me and finally I realized I just needed to lay down, which I did for about 20 minutes. Tiredness is never an excuse for sin, but it definitely can influence it.

The night ended better and we enjoyed a good dinner, Bible time, and a new thing we’ve been doing with the kids which is there verse. Bethany has a little verse on the wall in their room and for the past week we have been reciting it with them. The kids and us say together,

The kids have it completely memorized and they can recite it together and by themselves. It’s been fun to do and serves as a reminder to them that they don’t have to be afraid of the dark. I was blessed to hear them say it again tonight and am so glad we’re able to watch them memorize Scripture at such a young age.

Tomorrow we’re up early to head to the Foreign Police to receive our official two year visas. We won’t be going with a translator because we’re told it’s not hard to do, but you can definitely pray it goes well. Until then…