Bethany left this morning for a Josiah Venture women’s retreat in Krakow Poland which left me and the kids at home alone. Today was an unfortunate day for this to happen because it just so happens that it was the day in which the Central European Timezone pushes the clocks forward thus meaning we lose an hour of sleep. Bethany was up early getting ready for her trip and even had time to go to the grocery store for a few more items so I would have food for the kids me (yeah, she’s awesome), but even she admitted she had misunderstood the clocks this morning thinking it was earlier than it was. With the time change, Bethany leaving, and church already being difficult enough I actually decided to not try and push it today with just me and the kids and we didn’t go. I was up and showered in time to make it for Palm Sunday, but the thought of trying take Titus to his class and then sit through Avery’s with her was just a bit much for me. Even Avery is still coughing a lot for sickness so I just thought we’ll see Bethany off and call it a morning. 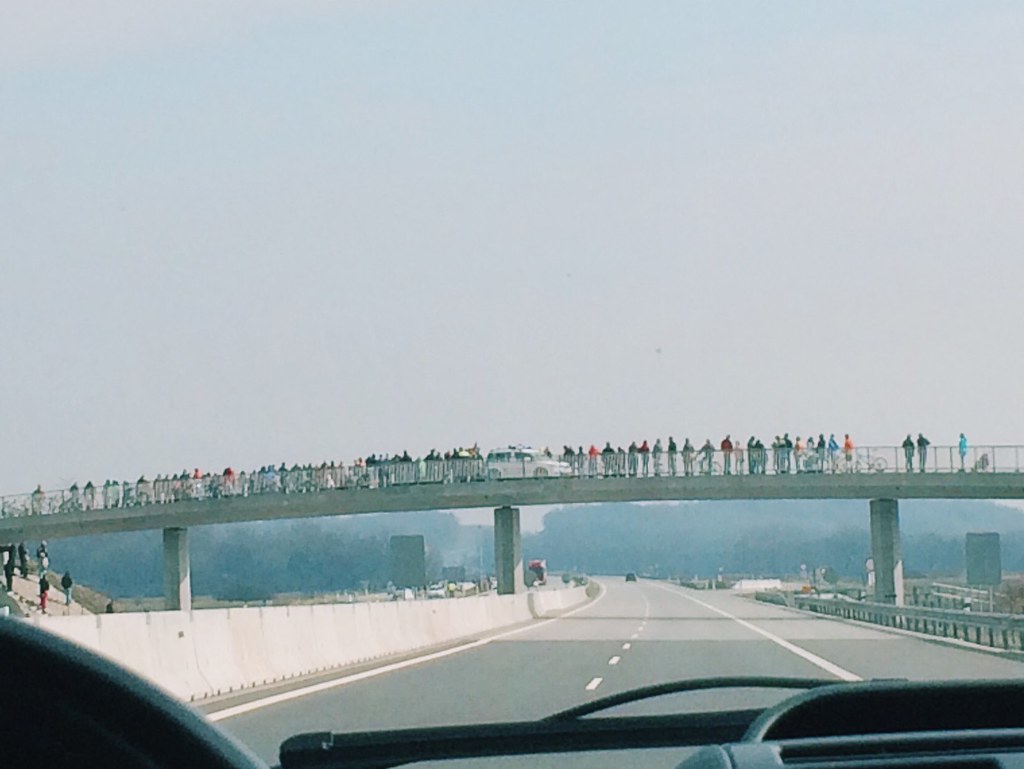 A little after she was picked up, I got a text from Bethany telling me she was still on the Czech side of the Czech/Polish border and that they could see crowds of people lining the overpasses and highway. If you follow the international news at all, then you might be aware that the U.S. is kind of on a parade right now through Central Europe as a show of force to the nation of Russia. I believe it’s part of a NATO deal, but the U.S. military has been driving tanks and military vehicles through Czech and other countries and I think they will eventually stop on the eastern side of Germany. Today, Bethany and the other woman happened to be driving the main highway where the military was driving and above is a photo Bethany got of onlookers. Bethany told me on the phone that it seemed most people were for the event (some even flying American flags), but she definitely saw the protestors. If you check the news, it’ll mostly be biased towards the voices who are against this show of force, but I’ll save the politics of it for another writer. However, it should be noted that the Czech government is supportive of this event as Czech and U.S. are allies. Also, here’s a few videos Bethany captured while they were driving.

My day alone with the kids actually went alright. Before lunch I ended up taking them to a local play place and letting them play for an hour. As we left our house I could lots of people walking towards the Catholic church holding branches (or “fronds”) in honor of Palm Sunday. Over the weekend we saw a ton of people picking up branches and sticks throughout our area and we wondered what it was all about and now I’m starting think it was for Palm Sunday.

I did manage to make both lunch and dinner successfully with the food Bethany was kind enough to provide (along with a little schedule!). There was only one blunder involving a hand mixer and a jar of peanut butter but my pride won’t allow me to write about it here. We did naps this afternoon and afterwards we headed over to the nearby park for a little fun outside. It was still pretty cool and overcast today, so we didn’t stay long before heading back home and getting dinner started. Below is a photo of Avery sitting on the bench at the park. 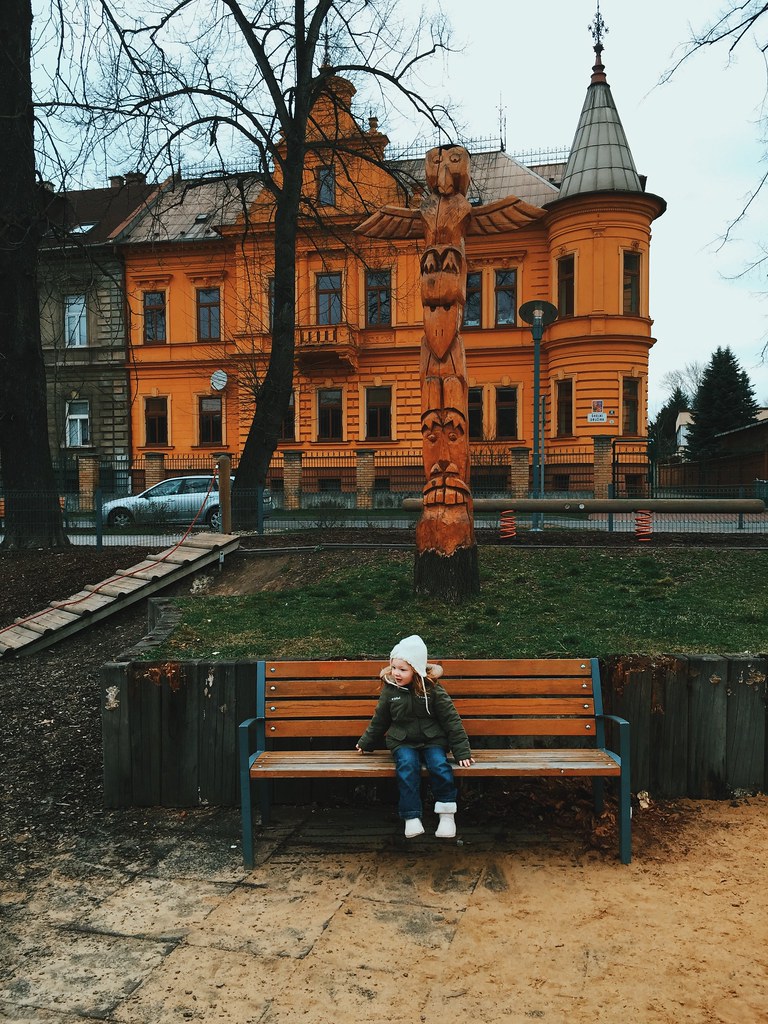 Tonight we did bath and Bible time together and even spent a little time talking with mommy over FaceTime video chat. Titus kept saying all day that he “missed mommy,” and then would ask, “What’s today?” (as in, “What’s the day today?”). I told him, “Sunday” and he said, “Then Monday…and what’s after that?” “Tuesday,” I said, to which he quickly replied, “And that’s when Mommy comes back!” Yup. She’ll be back on Tuesday, but I hope she’s enjoying a little time away with some of the other women in this ministry. I’m trying to do more than survive this, but actually enjoy it and I can definitely say today was a success. It was fun to spend focused time with the kids, but we’ll just have to see how tomorrow goes.