At this moment I am pretty bummed out. I’m sitting here in an empty house and my family is at our friend’s house just enjoying some fun together for the evening. Czech doesn’t celebrate Halloween, which I’m actually very thankful for, but our American friends here decided to do a little mini thing at their house. They have a three story house here in Czech and I think they were planning on doing different activities with the kids on each floor. I guess I’ll find out the details when they get back home. So wait, why aren’t you there? Good question.

From about noon today until now I’ve had a very weird pain at the bottom of my ribs (on my left side). This afternoon it was really bad and I thought maybe it was my stomach so I got some lunch. Nothing changed. I came from a little earlier today and I was still really uncomfortable and it was almost like my back was out of whack or something, but it was affecting my rib. I have no clue, but no matter what position I sit, stand, or even lay down, I’m still feeling a pain there. It has subsided a little bit, but it has had me a little freaked out tonight. Even as I type I’m feeling a little bit of a sharp pain there. I’ve searched around online for any kind of answers, but nothing seems really accurate. Tylenol has helped a little, but it’s weird that it has been going on for quite a while now. Hopefully it’s nothing serious because I don’t know what would be more painful: the pain in my side or trying to figure how to see a doctor in the Czech Republic.

“In my opinion, John Huss bought with his own blood the gospel which we now possess.” – Martin Luther #ReformationDay #CzechPride

While many will celebrate Halloween today, the bigger celebration should be that of Reformation Day. That day when Martin Luther nailed his 95 theses to the church in Wittenburg, Germany, protesting the sale of indulgences and thus igniting the Reformation. In the above Tweet that I sent out this afternoon, I quote Martin Luther talking about another man, John Huss. Huss, who we’ve written about before, is considered a pre-reformation reformer who wrote about similar issues with the Catholic church during his life time as a preacher here in Czech. The only difference really between him and Luther is about a century of time. As a preacher in Prague, Huss, like Luther after him, bravely stood for the Truth of the Scripture. I don’t want to take away from Luther’s bold faith in the face of the Catholic church, but it’s interesting that Luther considered Huss a hero of his (as the quote above reveals). Other things I’ve read talk about Luther going through the writings of Huss and saying, “I was overwhelmed with astonishment. I could not understand for what cause they had burnt so great a man, who explained the Scriptures with so much gravity and skill.” What he means by “burnt” there is a reference to Huss’ martyrdom when he was burned at the stake.

More than anything, I’m thankful for men like John Huss and Martin Luther who boldly defended the Truth and faith in Christ amidst great opposition. Reading about them is like reading the book of Acts and seeing the courage and faith of the Apostles in the early church. We have much to be thankful for in all of these men. I’m reminded of Acts 13:36, “David, after he had served the purpose of God in his own generation, fell asleep, and was laid among his fathers.” David, the Apostles, Huss, and Luther served the purpose of God in their generations, and then they died. Now the question is this: will I serve the purpose of God in my generation? My prayer to that end is simple: Christ, make it so.

P.S. The family just came home. Here’s a few photos Bethany got of the festivities tonight.

Four on a couch. 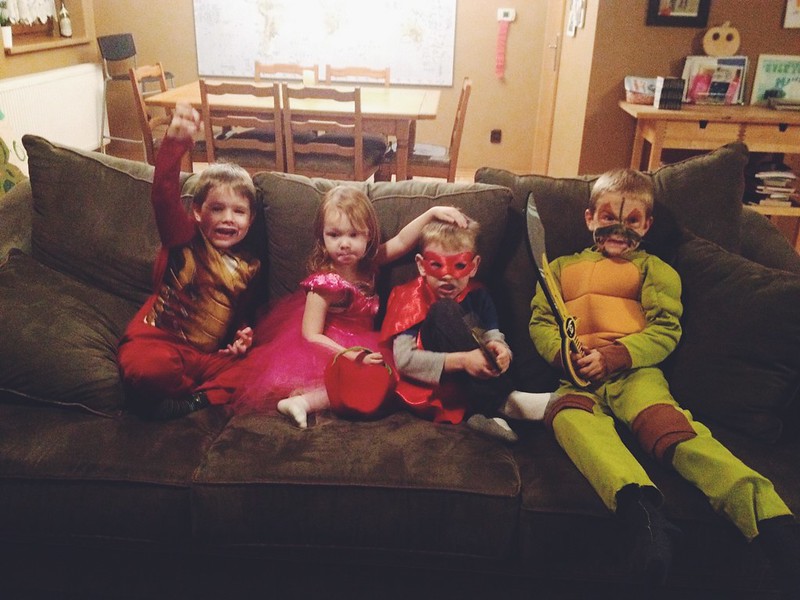 The next two are of the kids playing a little bean bag toss game. 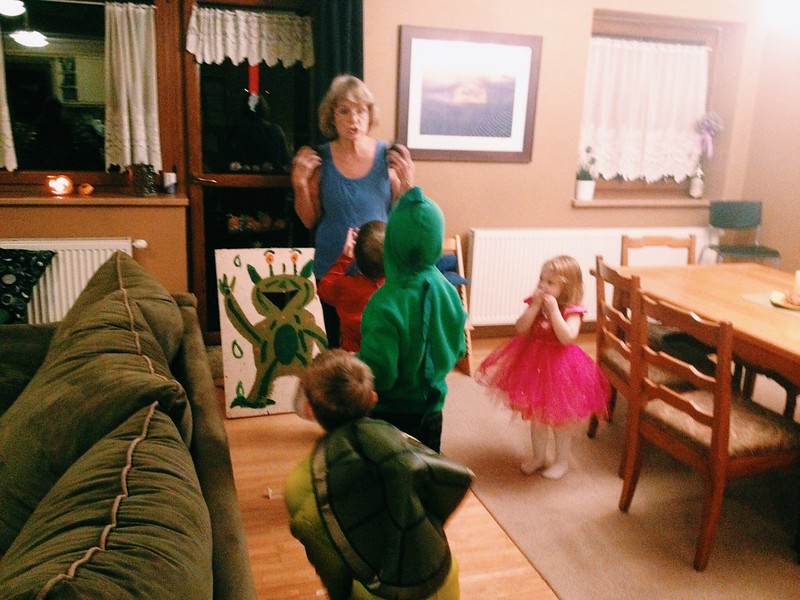 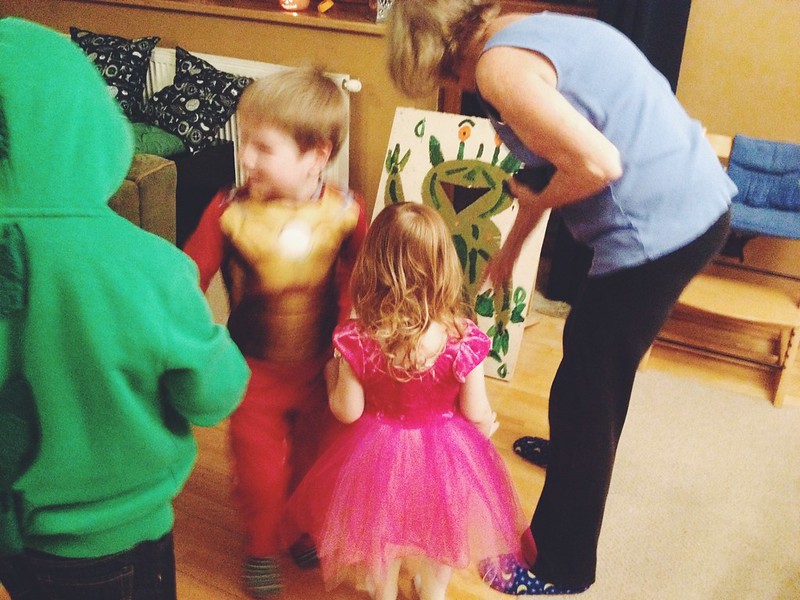 The kids did trick or treating in the hallway while the adults were inside each room with a bowl of candy. 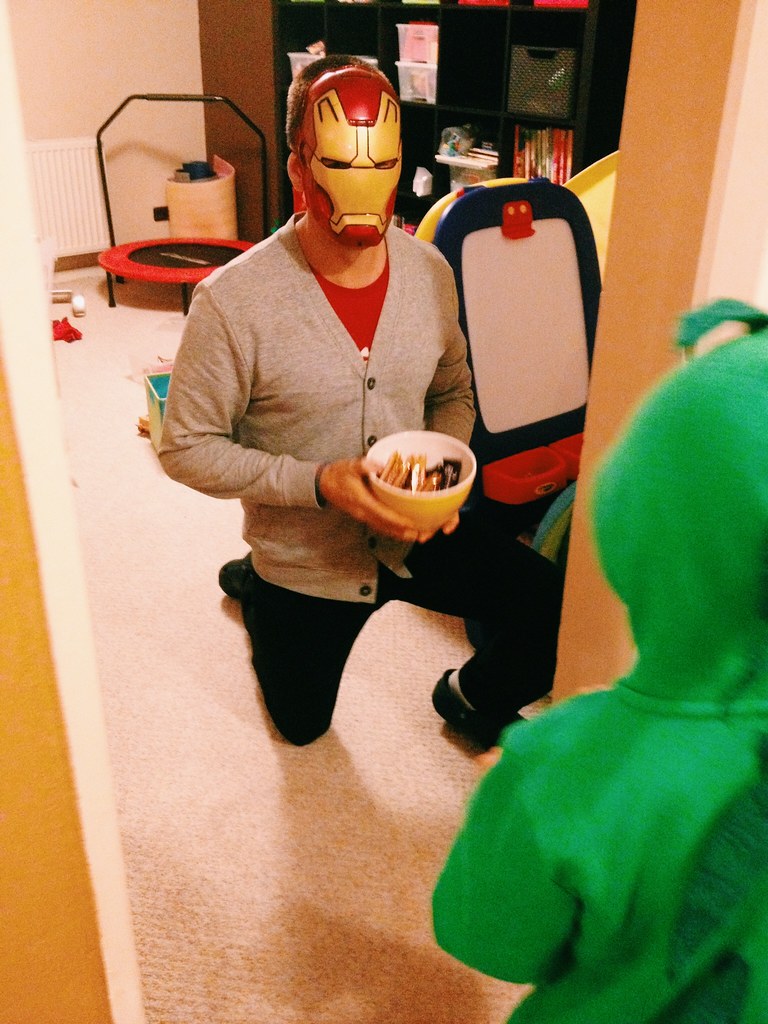 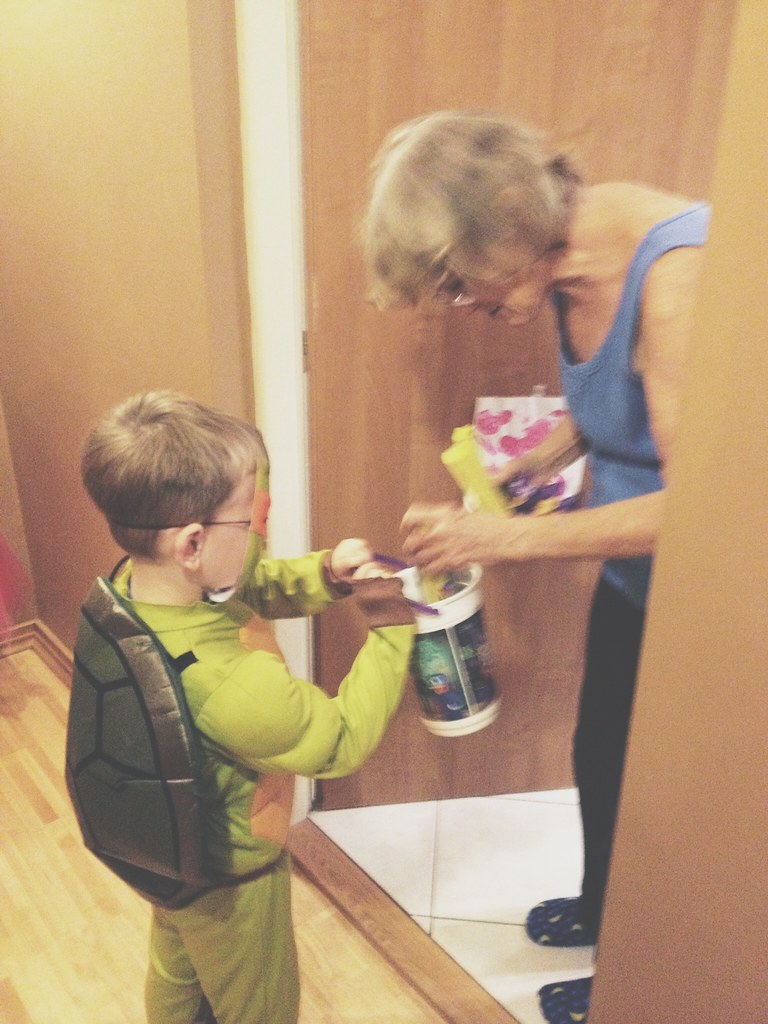 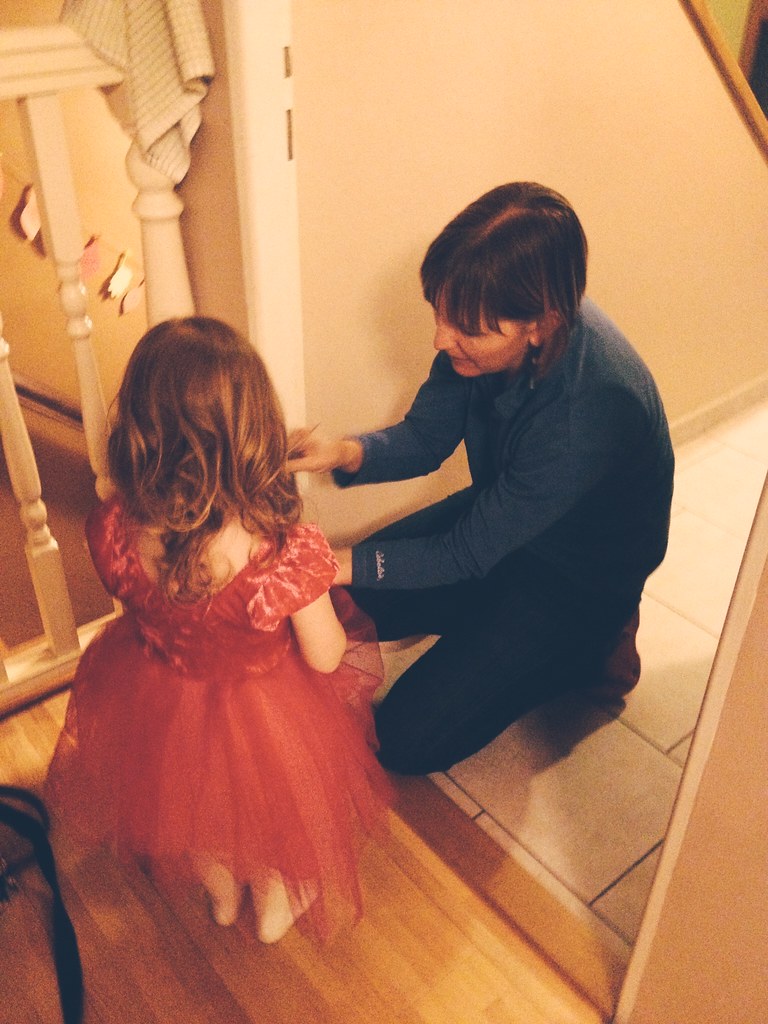 And for good measure here’s one I got of Avery before they left tonight. 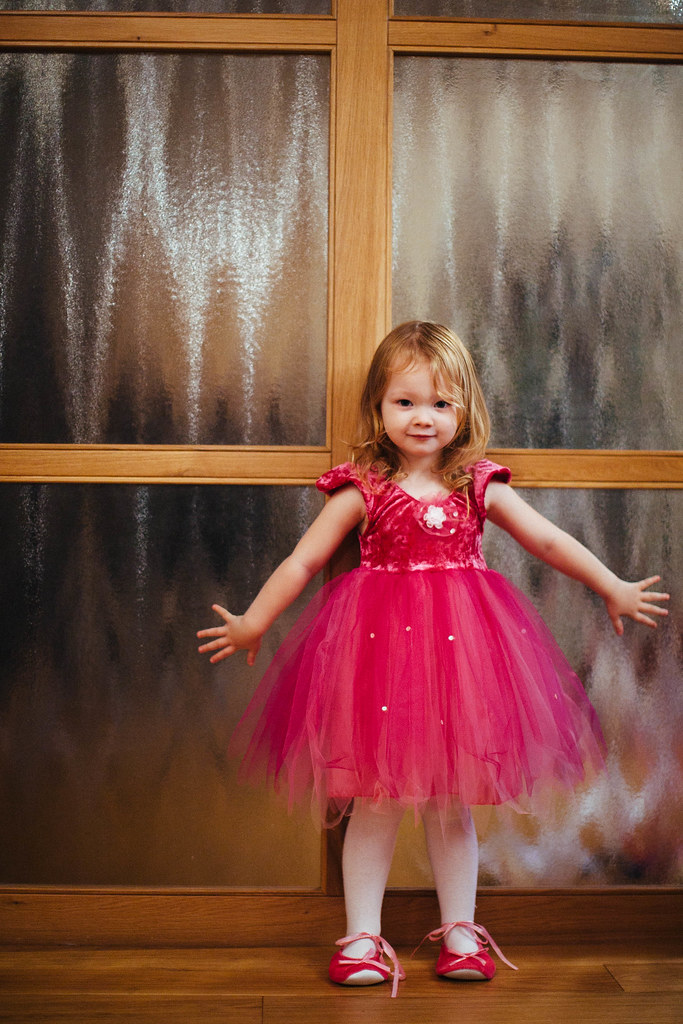