Instead of trying to get the entire family ready to walk down the street, I usually end up taking Titus to school. That was the case this morning, but while walking towards the school I noticed a few things that seemed out of place. First, there weren’t any other families with kids walking that we usually see. Second, there were very few cars parked outside of the school. And thirdly, when we got closer I looked up towards his class and saw that most of the lights were off. This is not a good sign.

Titus and I got inside, got our shoes off, and headed up to his class. There was only one strip of lights on and all the chairs were on top of the tables, presumably the way the cleaning crew left them. Without hesitation I turned to Titus and said, “OK, let’s go.” We went back downstairs, put our shoes on and walked back home. I didn’t even question the confusion. In fact, you just get used to it.

Bethany met us back at the front door and I told her what happened. We assume at this point we got our days mixed up regarding Wednesday’s carnival. His teacher was probably trying to tell Bethany earlier in the week that there would be a fun thing on Wednesday and then no school on Friday. That’s life as a foreigner. You just get used to it. 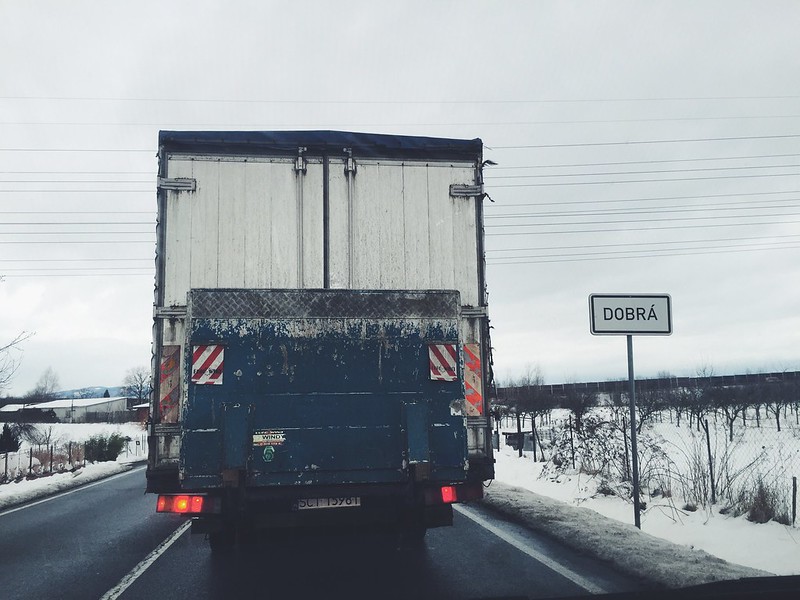 Shortly after bringing Titus back home I had to leave to head off to the class I’ve been teaching this week at the Josiah Venture Leadership Academy. As I approached the highway I normally take, the police were blocking the entrance. I didn’t even question it and just began driving on a backroad. Was it going to take me an extra 15 minutes or longer? Most likely. Would I be late to my morning pre-class team meeting. Definitely. Above is a photo of me siting behind a huge semi on the now traffic heavy back road. You just get used to it.

When I did make it back to a main road I got stuck behind the smallest car I’ve ever seen two people fit in. It was going approximately 4mph in the passing lane. I have no idea why, but I had time to take my phone out and get a photo (below). You just get used to it. 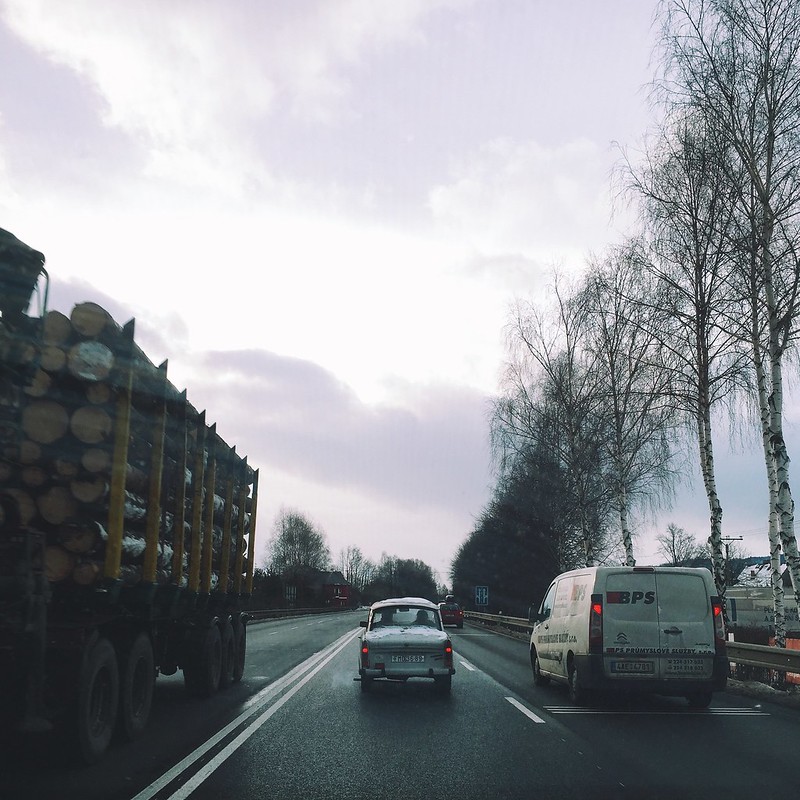 I spilled my coffee in the car. I slipped and fell on our snowy driveway and on the way down fell into our landlord’s car. I pulled in front of a car that had to firmly apply his brakes and honk at me because apparently my mind was somewhere else! I don’t know…I guess you just get used to it?

Don’t misunderstand me. Even though my side hurts from hitting the concrete hard during my driveway slip, I’m not upset. Maybe the Lord has been working on my heart, but I’m getting used to the crazy, different, unfortunate, confusing, and annoying things that happen. I’m sure you have had your share of days like mine and you might even have other things to add to the list. That’s just life and it’s OK. 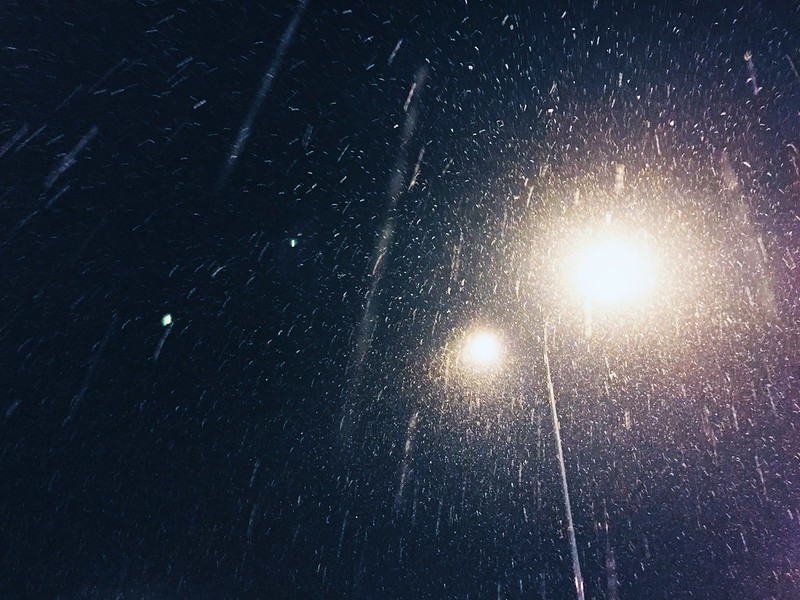 I often remind myself that life could be worse. Some people don’t like that argument because it’s negative, but for my heart it’s a reminder that these things (and this world!) are temporal. We live in a broken and fallen world that will disappoint, annoy, frustrate, and sometimes physically hurt us. Despite that, God is on the throne, He is sovereign, and he is working all things together for my good. Those truths help. They realign my heart to think on a loving and faithful God, and not on this temporal world.

None of what I just wrote was what I sat down and planned to write tonight, but I feel like that’s exactly how things have happened to me today. That’s just life. You just get used to it.

One of the great joys of working with Josiah Venture is being part of seeing lives changed, especially among the youth of Central and Eastern Europe. The above video was created for our annual conference back in September and it’s one that has always stuck out to me from the first time I saw it. This girl is from Slovenia, a spiritually dark country, and her short testimony is one that’s full of life and joy. I find myself often quoting this video because there’s a line where she says, “I love love stories” that has always stuck out to me. More than anything it’s the heart of a teenage girl putting the pieces together in her mind of God’s love for her. She sees it as a love story and that’s exactly what it is.

I just reading about love last night in John 17. At the end of Jesus’ high priestly prayer he talks about it. Here’s that last part of the chapter and Jesus’ prayer,

I’ve bolded the word “love” for emphasis. Verse 23 is so clear: God the Father loves Christians the way He loves Christ. I say Christians because it’s clear from verse 20 that this is about “those who will believe in me…” That’s the context and those are the people of whom Jesus is praying. One of the most famous passages in the Bible says the same thing. John 3:16 says “For God so loved the world, that he gave his only Son, that whoever believes in him should not perish but have eternal life.” There’s no doubt about it–it’s a love story.

Mostly tonight I’m just thankful to be part of that love story. Not only did God show His love toward me by saving me, but He continues to pour out his love of many all over the world. Like the young girl from Slovenia, Christ continues to transform lives and change hearts in a way only He can do. It’s that great love that compels me forward daily and gives hope for the future.