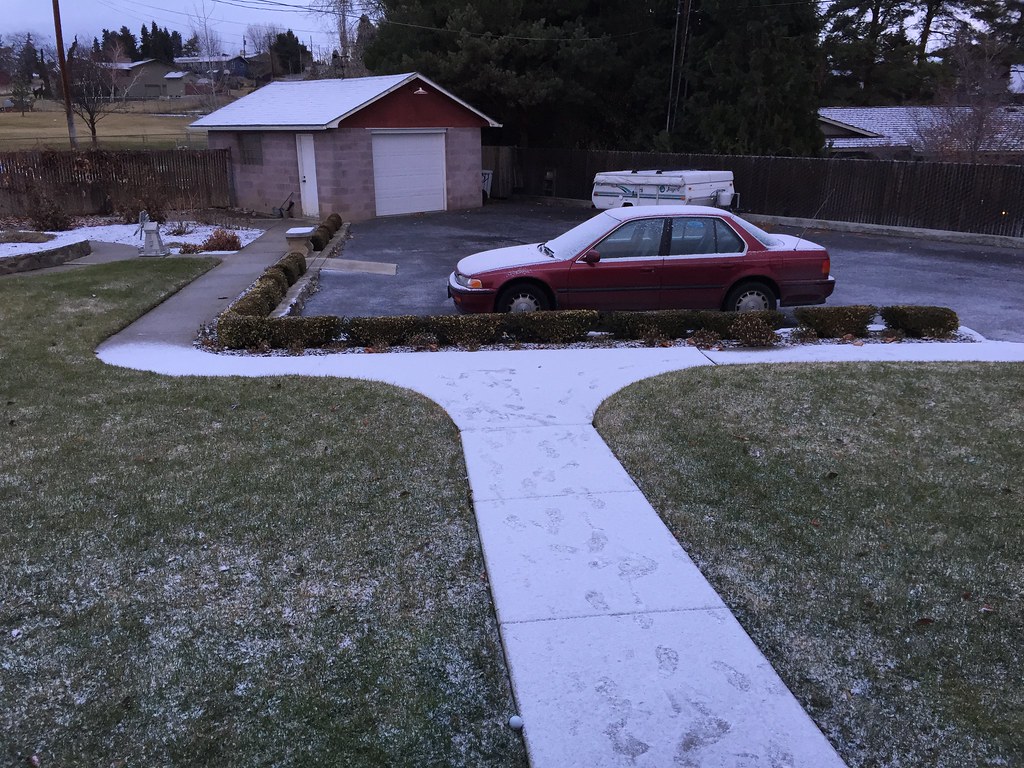 We woke up this morning to what I was calling powdered sugar snow. There was the lightest dusting of snow overnight that was still on the ground when the sun came up, but it was mostly gone by the afternoon. For the kids it really didn’t matter–it was snow, and as Titus put it, “It’s Christmas time!” Tomorrow we’ll be celebrating Christmas here at Bethany’s parents house in Yakima so that meant we were doing some last minute Christmas shopping today. I realize this is December 29, but we’re doing our Christmas together on the 30th because of work schedules and everyone being able to be together. 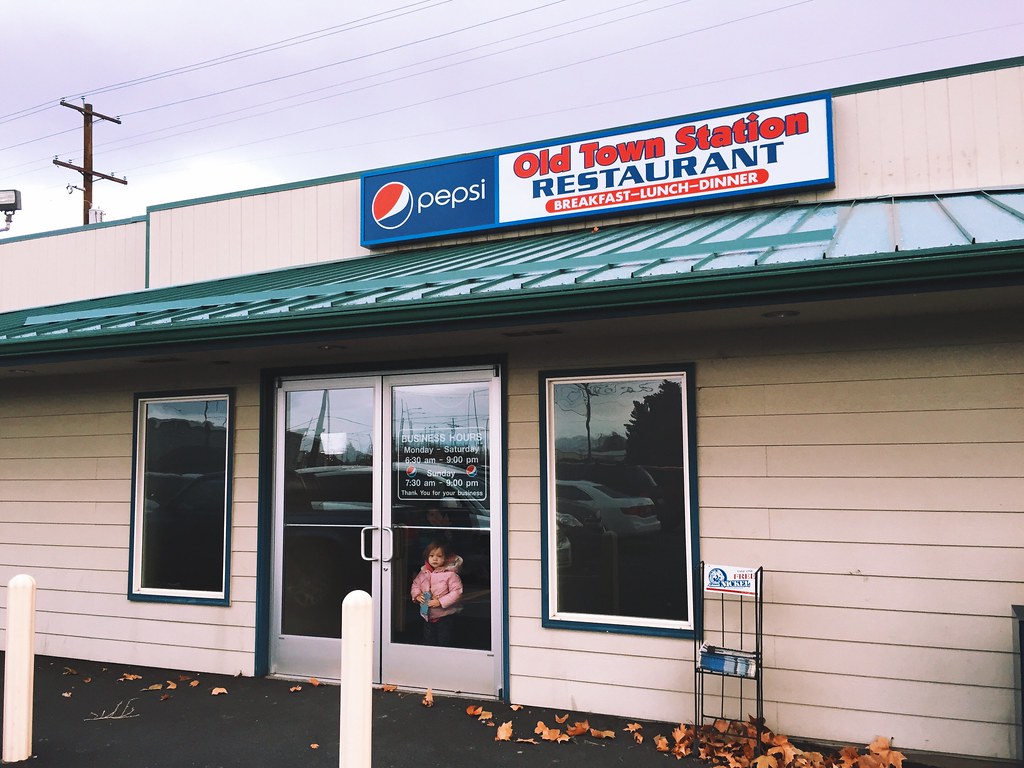 As has been true all week, we were up early with the kids this morning and out the door by 8:00am ready to hit the stores. What we found out quickly was that most stores aren’t even open until 9. After the third place we tried to go to was closed we decided we would try and get some breakfast out. Bethany’s dad directed us to the place in the photo above, but when we arrived we found out they had no power. Apparently the wind hand blown down some power lines nearby so all of the part of town we were in was without electricity. At this point the morning was a bust, but we trekked on. 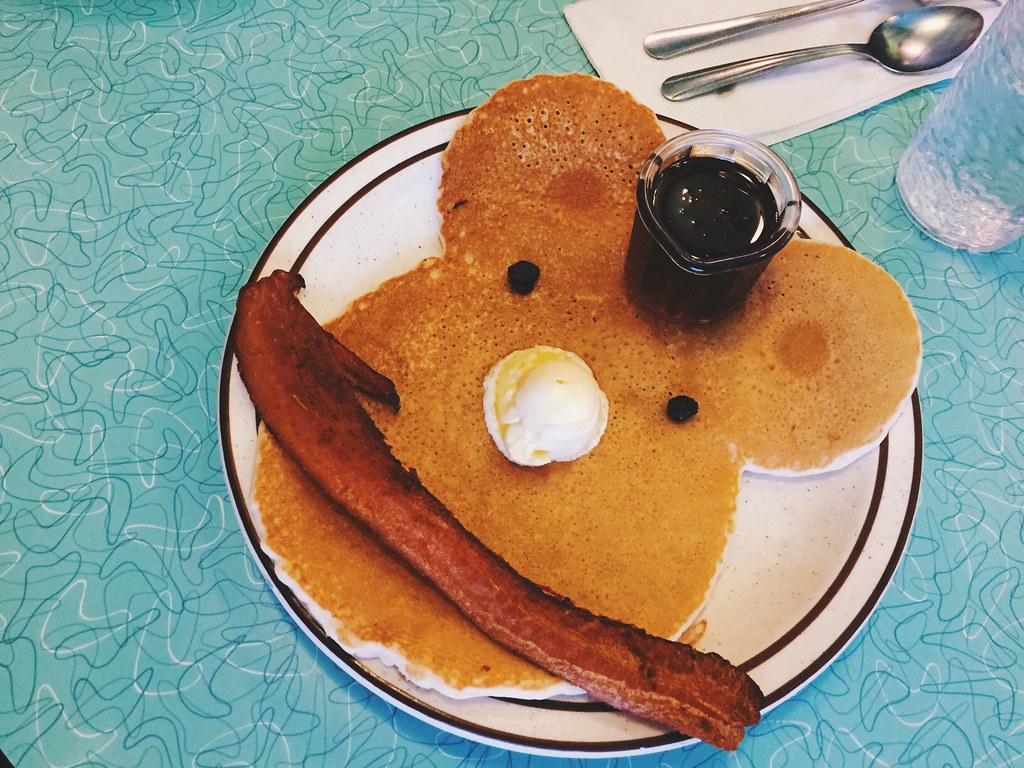 We ended up finding a classic down with power down the road a bit and enjoyed a really great American breakfast. Just being able to order biscuits and gravy was ministering to my soul. Titus got the kid’s pancake and when it came it out was a happy face with a piece of bacon for a smile (shown above). They also had classic car benches that the kids thought were great. Here are they are playing on one that was near our table. 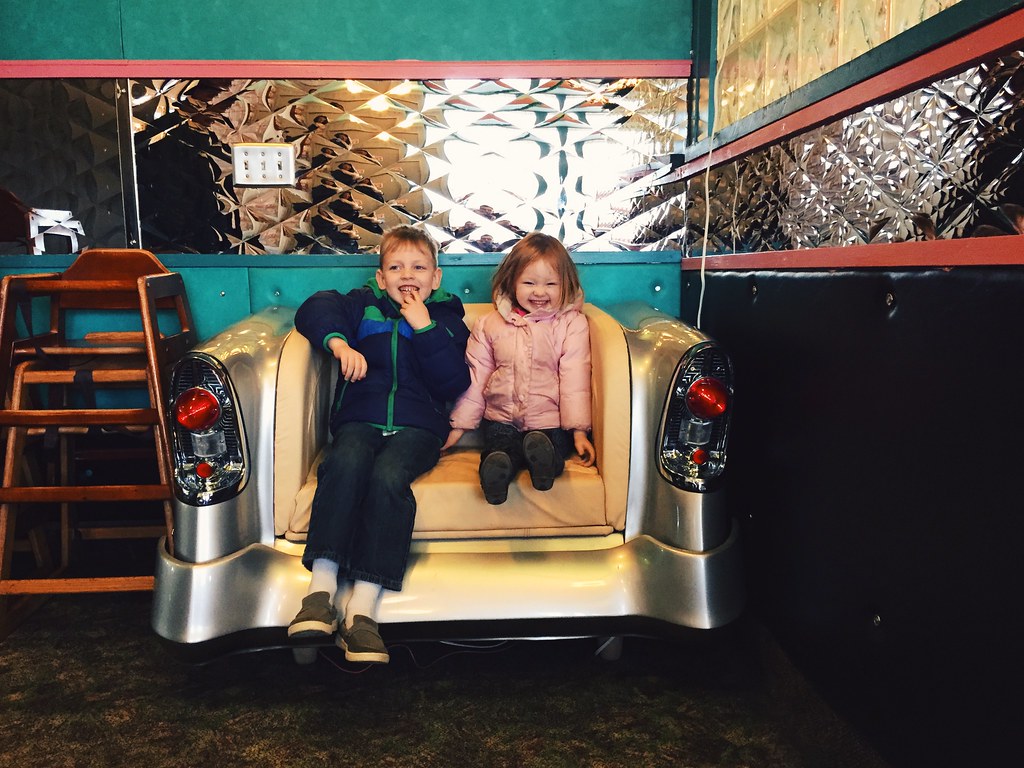 After breakfast and after all the shops opened, we did finally get some shopping done. One place we went to is actually 114 years old and has been owned by the same family for five generations! It was a really fun store and the people who worked there were really helpful. It was full of paper goods and speciality office supply items, including some archival ink pens that I was needing for marking in my Bible. If you ever find yourself in central Washington, head on over to “The Bindery” (as the locals call it) and get yourself some small town charm and a nice pen for your Bible reading! 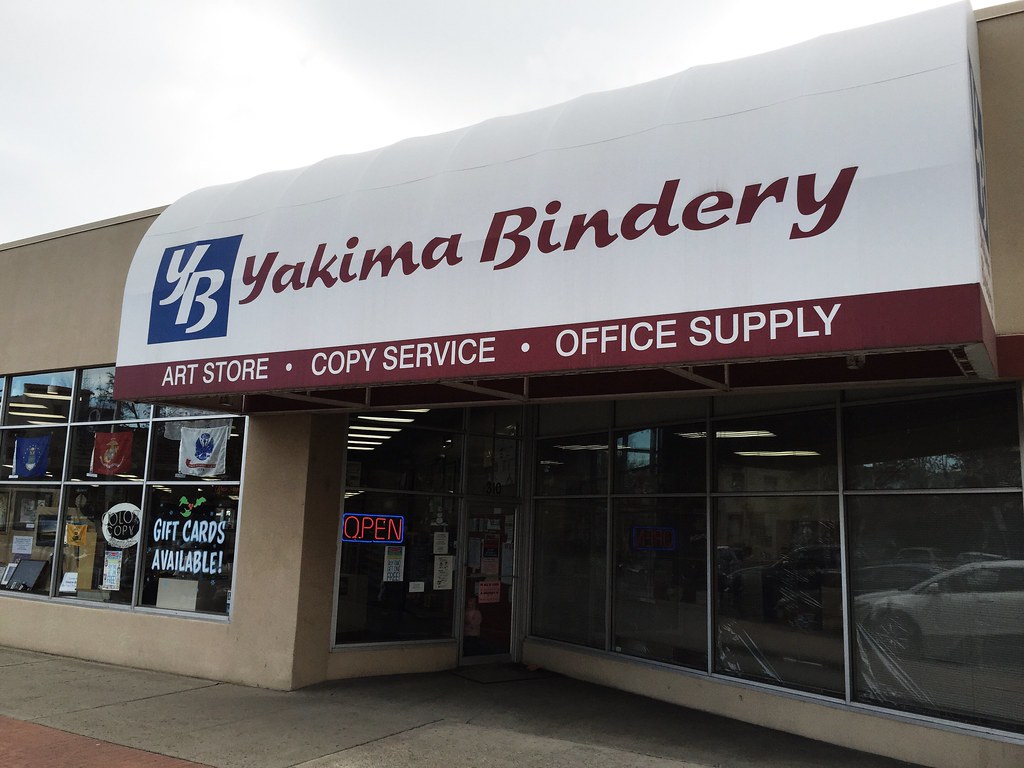 On one of our other stops, we hit a jewelry store to have my wedding ring sized down. It has gotten really loose and we finally decided it would be best to have it resized to fit more snug. When I bought the ring nine years ago, it was a little big and they were telling me that it would eventually fit. The jeweler said to me then, “You will get fat!” Well, some time has passed and it’s flying off my finger! So we found a place today that we resize it and when we were walking in the door I loved the hours that are listed on Sunday (photo below). 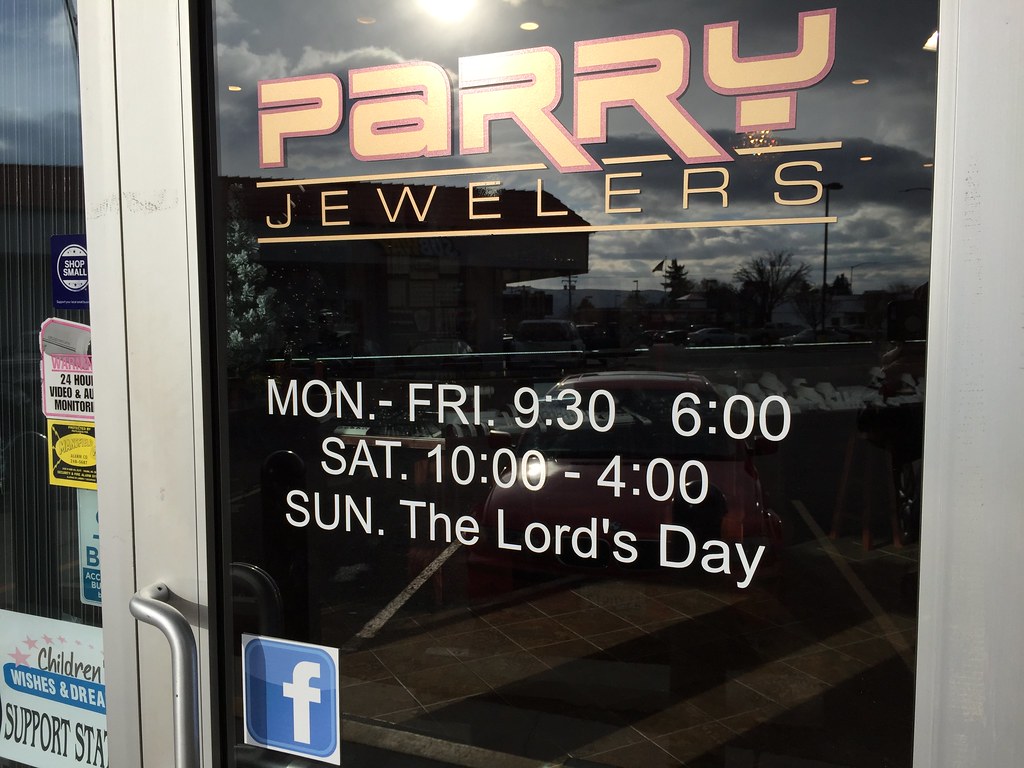 Tonight we had a fun and kind of wild dinner with the whole family. Mostly we were just eating leftovers, but the scene in the room with seven adults, three young kids, and two dogs running around was something out of a movie. Later, when things quieted down, “Papa” (grandpa) read The Night Before Christmas to our tired kids (show below). It’s been a long time since I’ve heard the whole story read and the first time our kids had heard it.

Tomorrow Papa will read Luke 2 before we open gifts and we’ll have a traditional meal on the floor by the tree. I look forward to celebrating with everyone and enjoying the time with family here. Until then, “Happy Christmas to all! And to all a good night.” 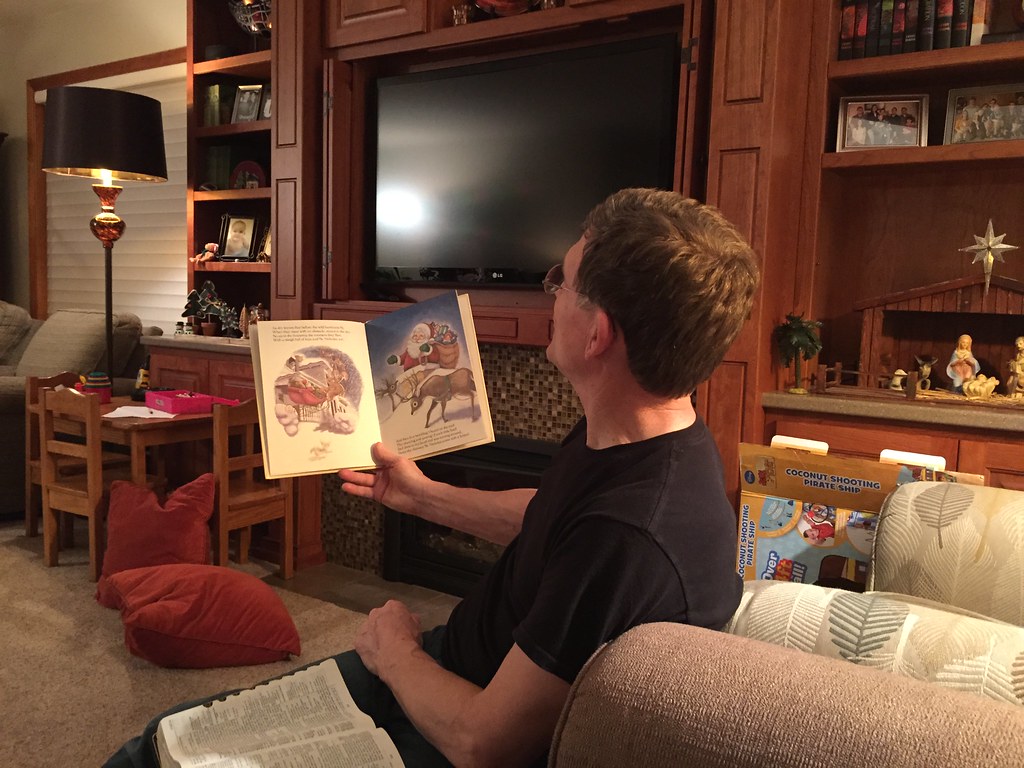 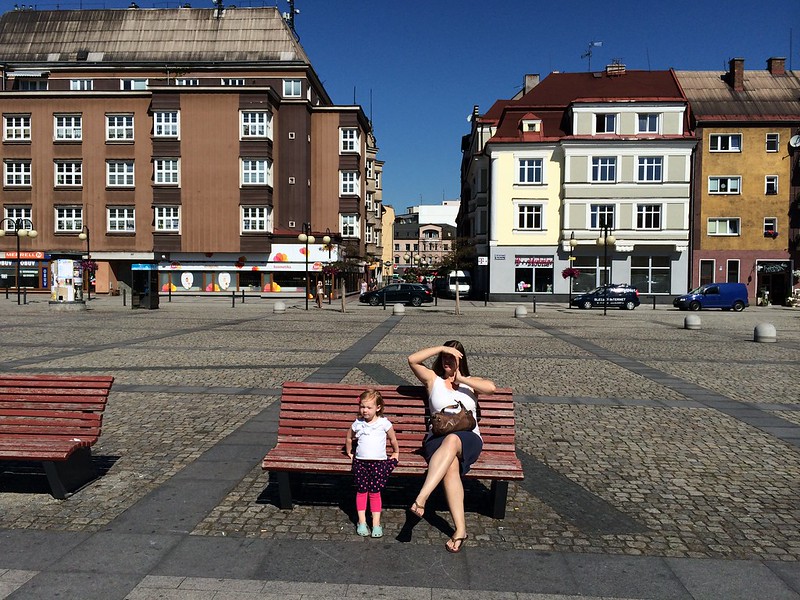 This is the first time in my life I’ve been out of the United States on one of the most American holidays that exists: Independence Day. I find it simply ironic that not only am I not in America today, but we spent our morning trying to get paperwork together which will allow us to live and work outside of the States. That’s why I have titled this blog “Dependence Day.” Because had it not been for our friend Jitka (pronounced Yeetka), we wouldn’t have gotten done today what we did. Right now we are very dependent on the help of translators and the Lord to get everything in place for our visa appointment next week. 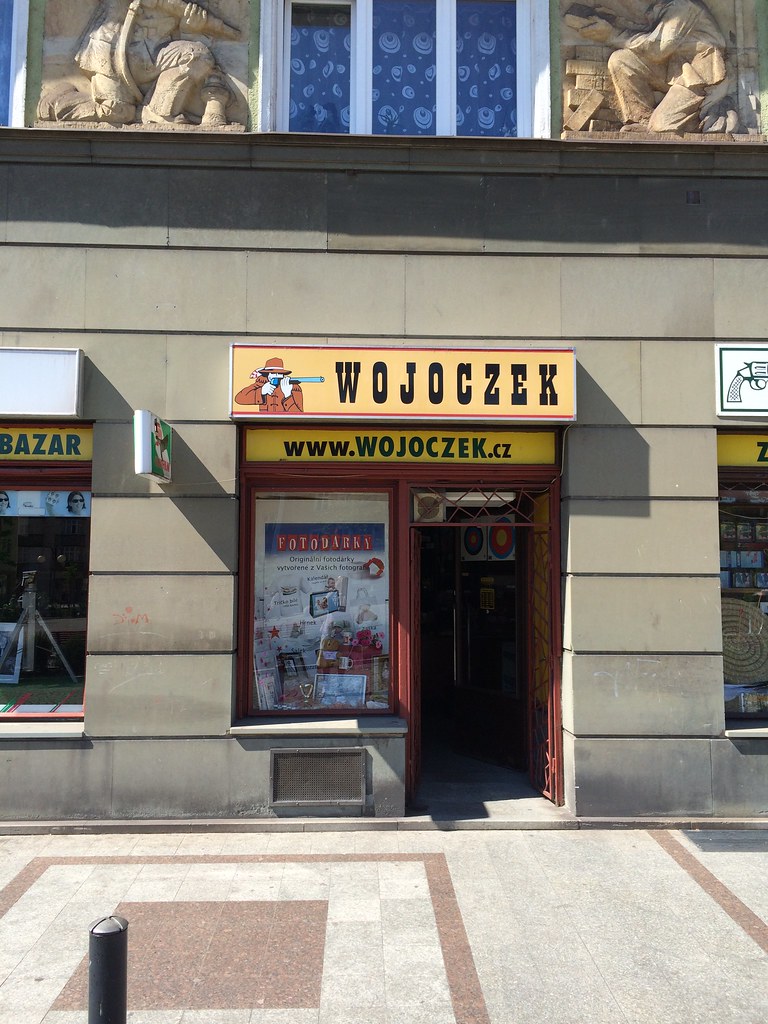 Today we had one goal: get visa photos taken of the entire family. Since we live in a good size town everything we need is right in the town square, including a visa photo place (photo above). Oh, don’t let the gun-yielding, Inspector-Gadget-looking guy on the sign fool you. This place has the goods! In fact, I laughed when we went inside because literally the right half of the store is guns and knives (think hunting shop) and the left half is novelty photo gifts, photo development, and yes, a photo booth. I guess the only relationship between cameras and guns is that both are things that shoot–makes sense!

We had to walk to the back of the store where the vintage cameras were (think awesome) and where the little photo booth was. The man that took our photos (shown below) was very kind and patient, especially to our kids that clearly can’t speak Czech and don’t want to sit super still for 4 photos. Considering everything the kids did really well. Titus would puff his cheeks when we told him not to smile and Avery cried for the first part of it, but in the end we all got our Jason Bourne style photos done and we were on our way. 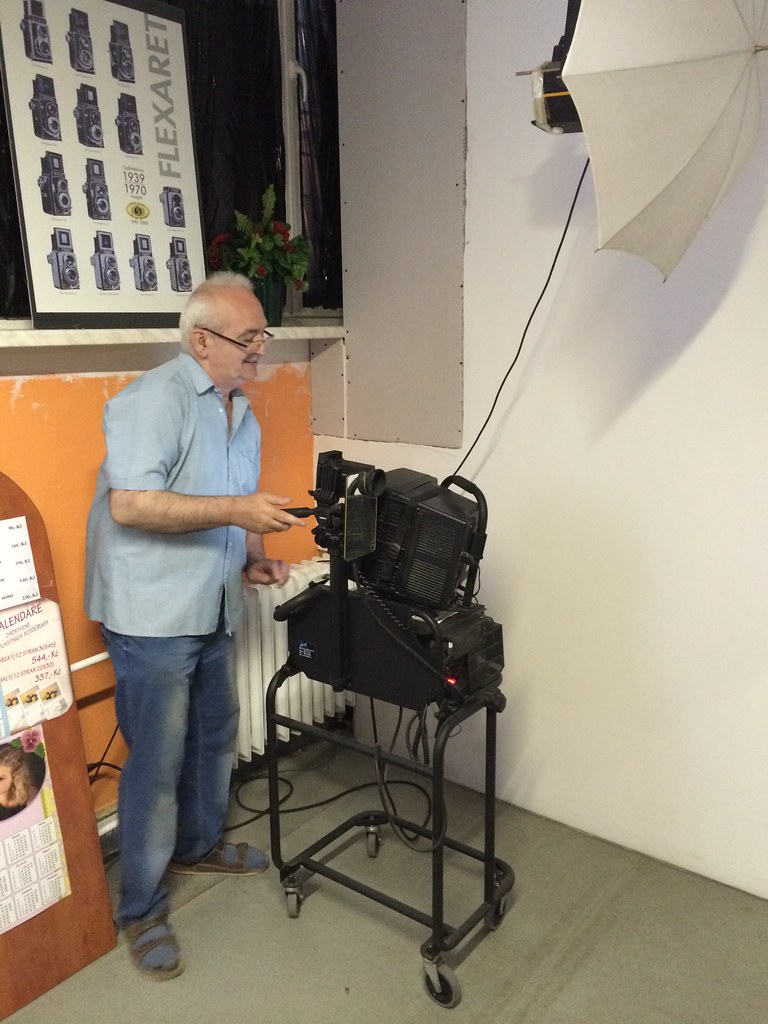 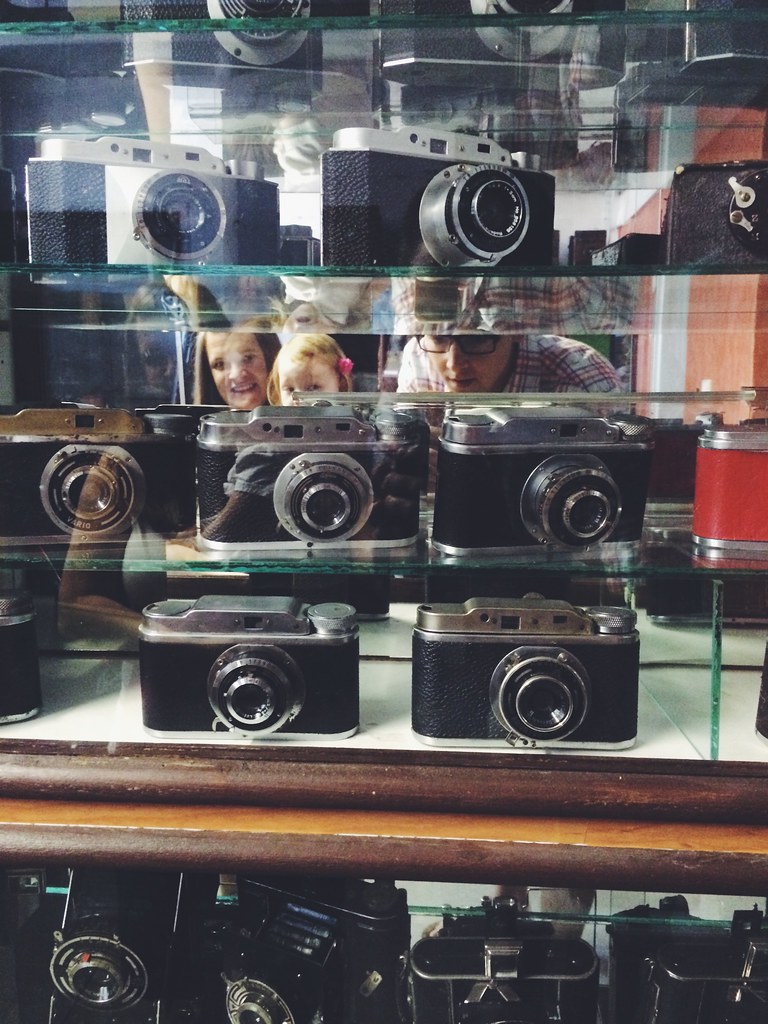 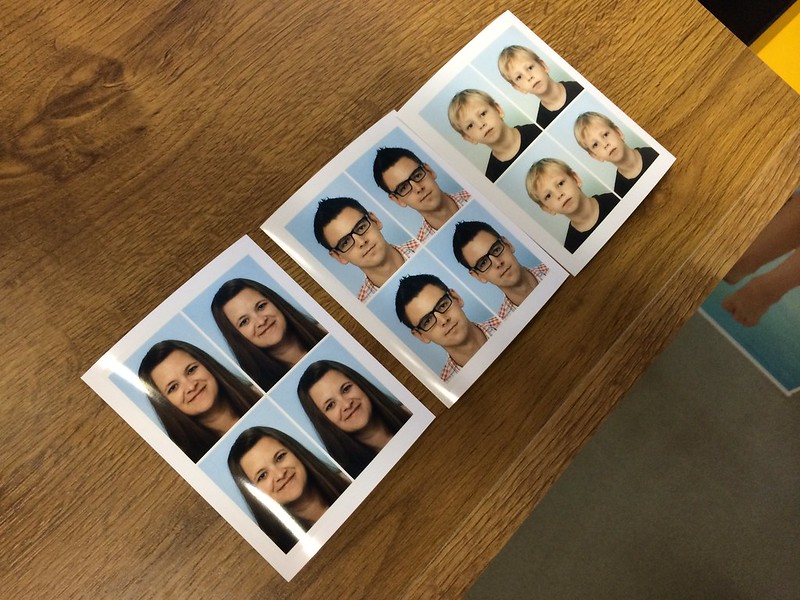 Should you normally give your kids ice cream cones at 10am? No. Do you offer it to them as a reward for not crying and sitting still to get 4 visa photos taken in a foreign country? Yes! Ice cream for everyone! 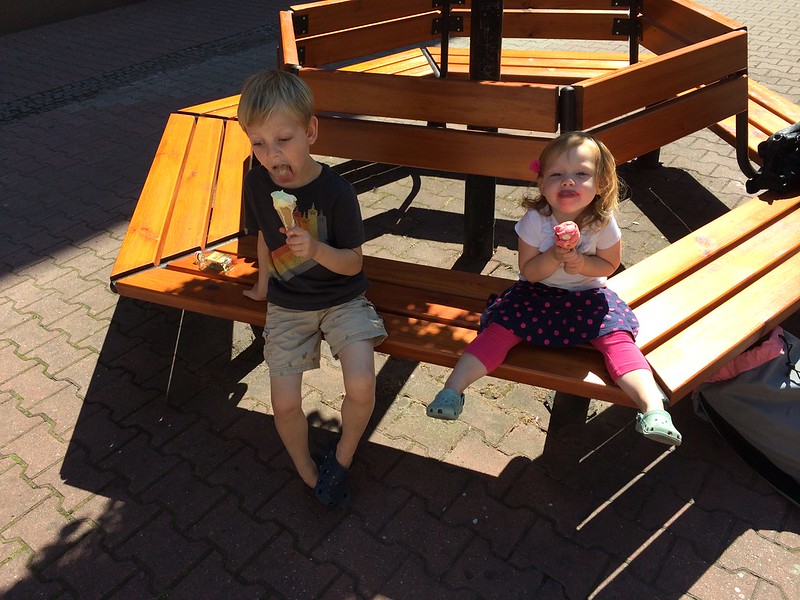 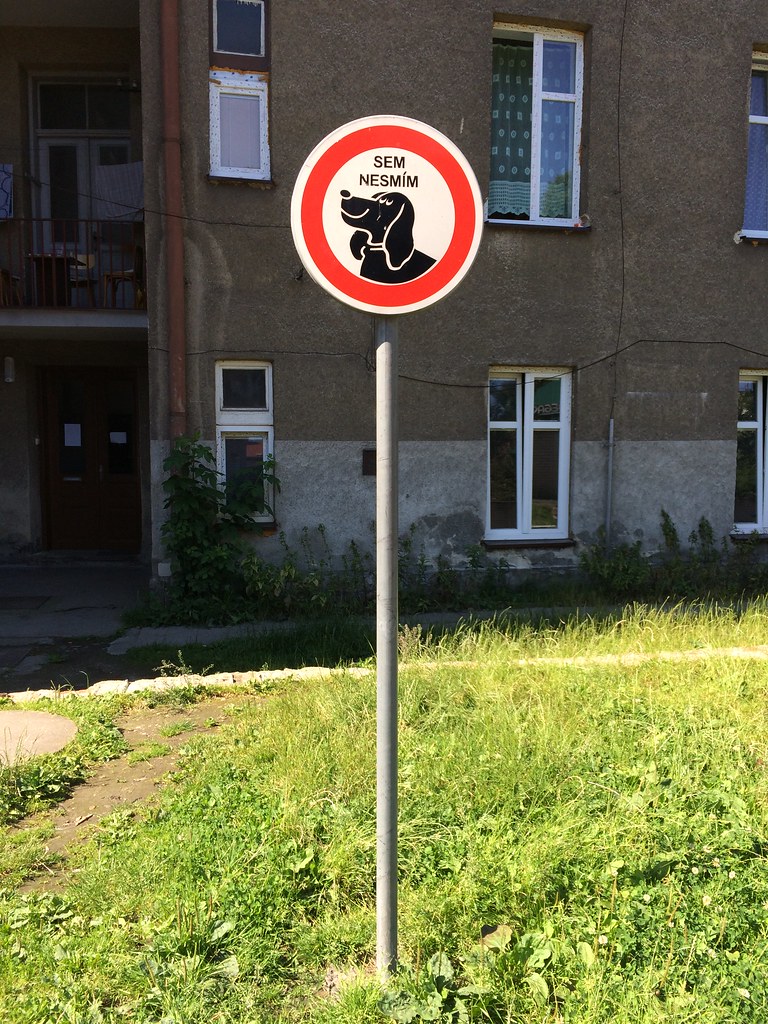 The last order of business today was to get some some papers notarized. Again, everything you need is in the town square so we just walked on over to the town hall (literally across the main square from the camera/gun place. In fact, we never used a car once today! The lady that helped us was very nice as well and we got our rental contract notarized (x4!) and away we went. 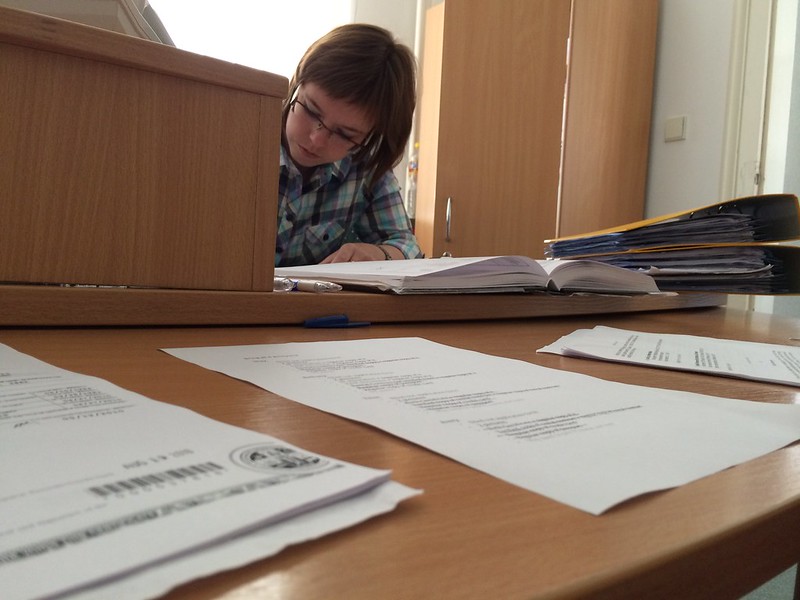 Even on Independence Day we’re all dependent. I’m thankful the Lord gave us Jitka to depend on today to help us get a lot of very important documents in order. And I’m thankful that we’re dependent on the Lord each and every day, no matter what the task or goal!

We’ll miss celebrating and watching fireworks tonight, that’s for sure. I have fond memories of enjoying fireworks on July 4th as a kid and I know that my kids won’t have that same experience. I guess that’s something I have to depend on the Lord for as well…new memories and new fun. He’ll provide the grace for that too.

Happy Independence Day, America. We hope you have a great night celebrating together! Now go crush the guts out of a baseball for us.