Another Wild Day in Czech (In Photos)

Somehow I ended up with a ton of photos from today so I thought I’d just tell today’s story in photos (with captions beneath each). Let’s do this! 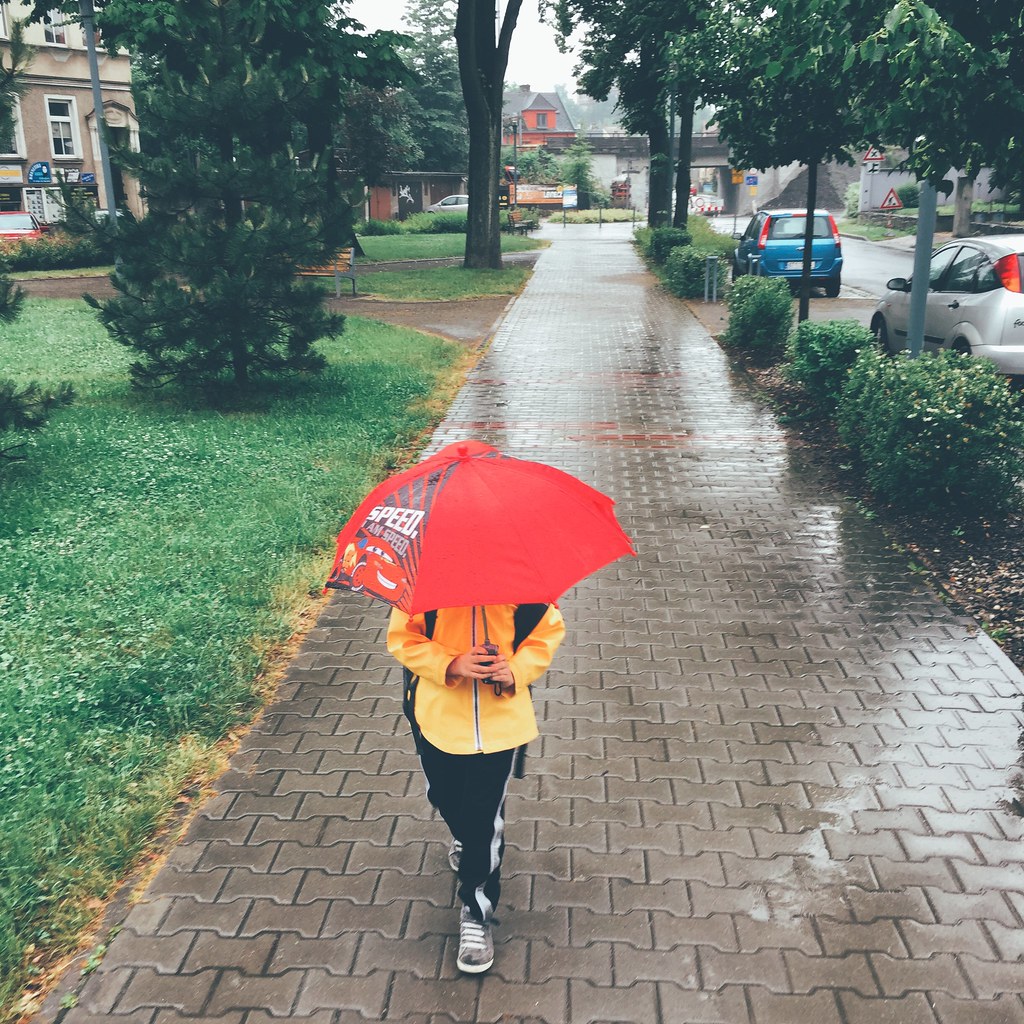 It was raining and cooler this morning so Titus and I donned rain jackets and umbrellas while walking him to school today. I probably should have sent him to school with rain boots, but I was worried we would be late for some event they were going to be leaving for. But I found out when they got there that it had been cancelled due to rain. Go figure. 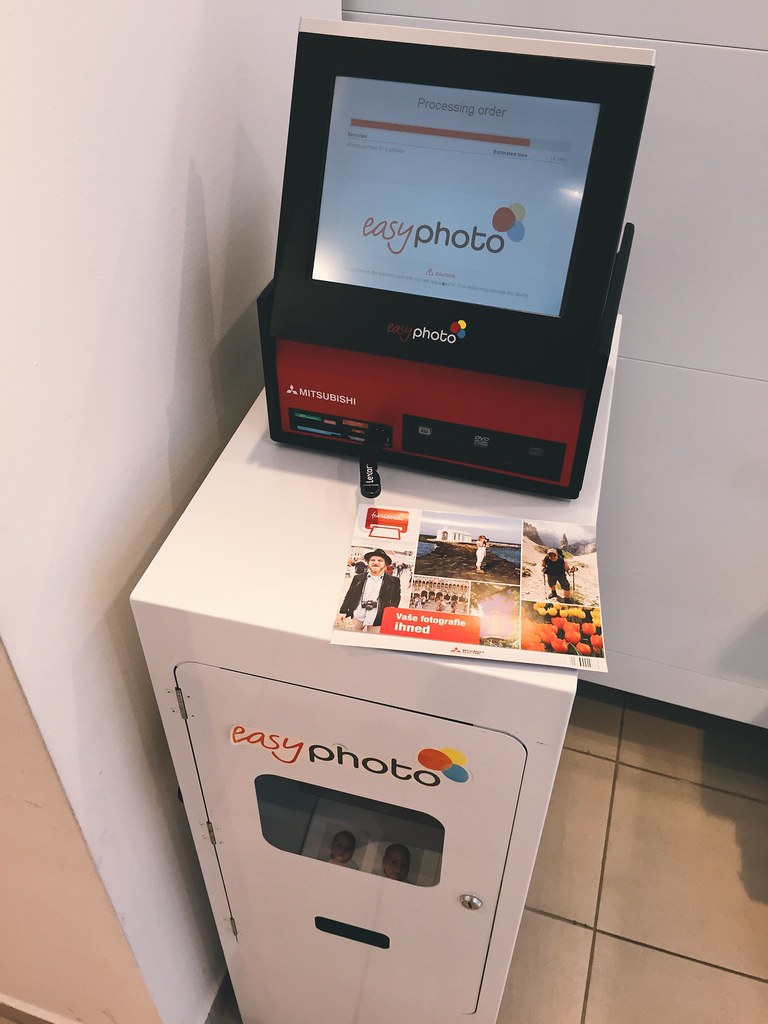 The word “easy” in the photo above is a little misleading. From Titus’ school I walked over to this cosmetic drug store thing (so hard to explain what it is) that apparently has the only instant photo machine in our town. It was 8:15am and they had just opened. There I was in my black rain coat, looking really shady walking around the store looking for something I couldn’t find which was the machine you see above. I eventually left without saying anything and I’m pretty sure I saw the lady checking my hands as I grabbed my umbrella and walked out the door. Thanks to Rachael and Martina who I texted about this, I went back to the store about and hour later and was able to find the tiny machine. 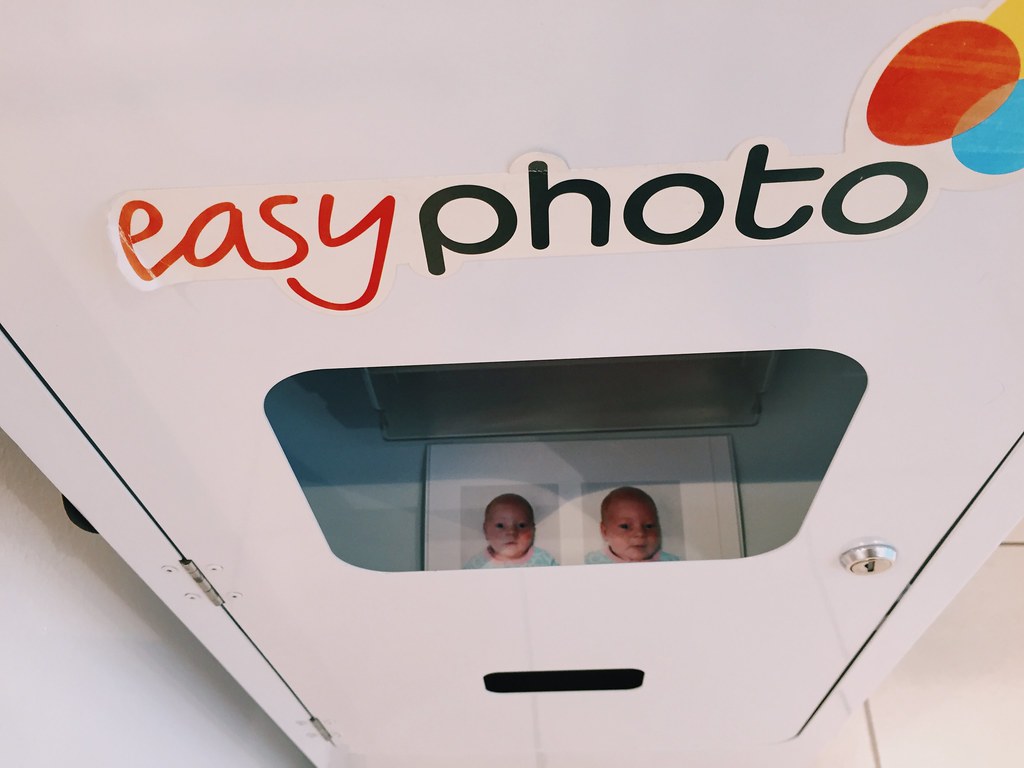 I had to get prints made for Karis’ passport photos and this was my best option. I finally figured out the machine while the lady tried to explain things to me in Czech. I did finally leave with 6 prints, all of which cost me about $1.25! I was stoked and left a happy man. 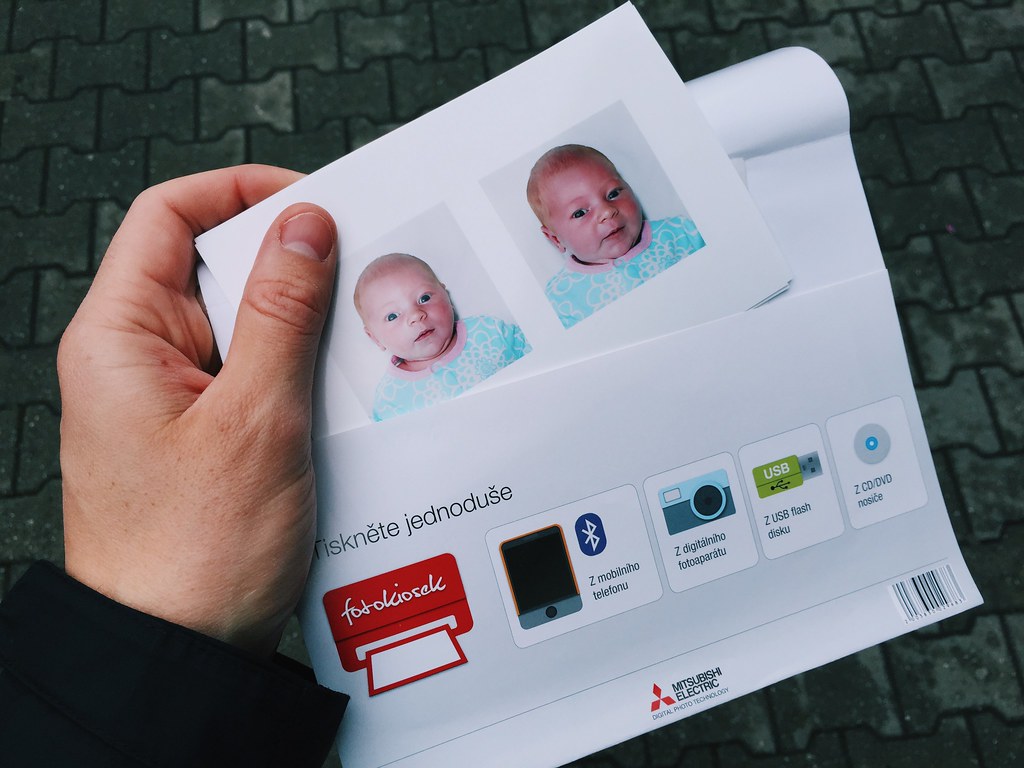 Here’s some of her mug shots, I mean, her passport photos. 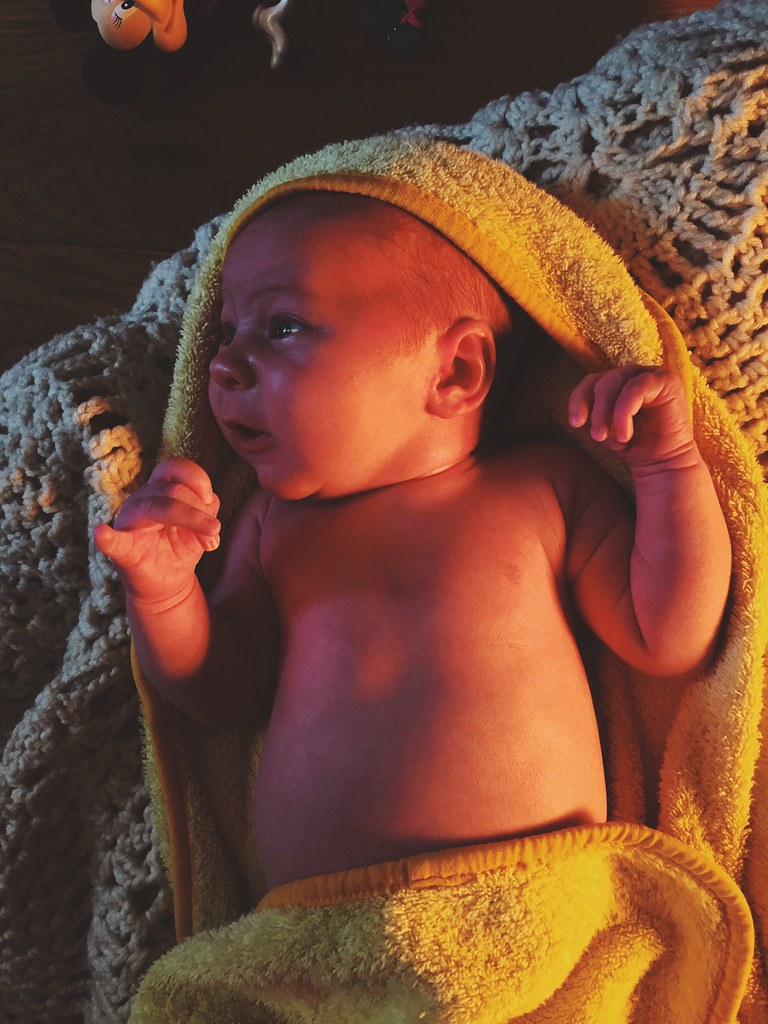 Karis had a doctor’s appointment today so Bethany gave her a bath just before lunch. I ended up taking Karis in her towel and placing her in front our little heater because she was a little cold and crying. She calmed right down. 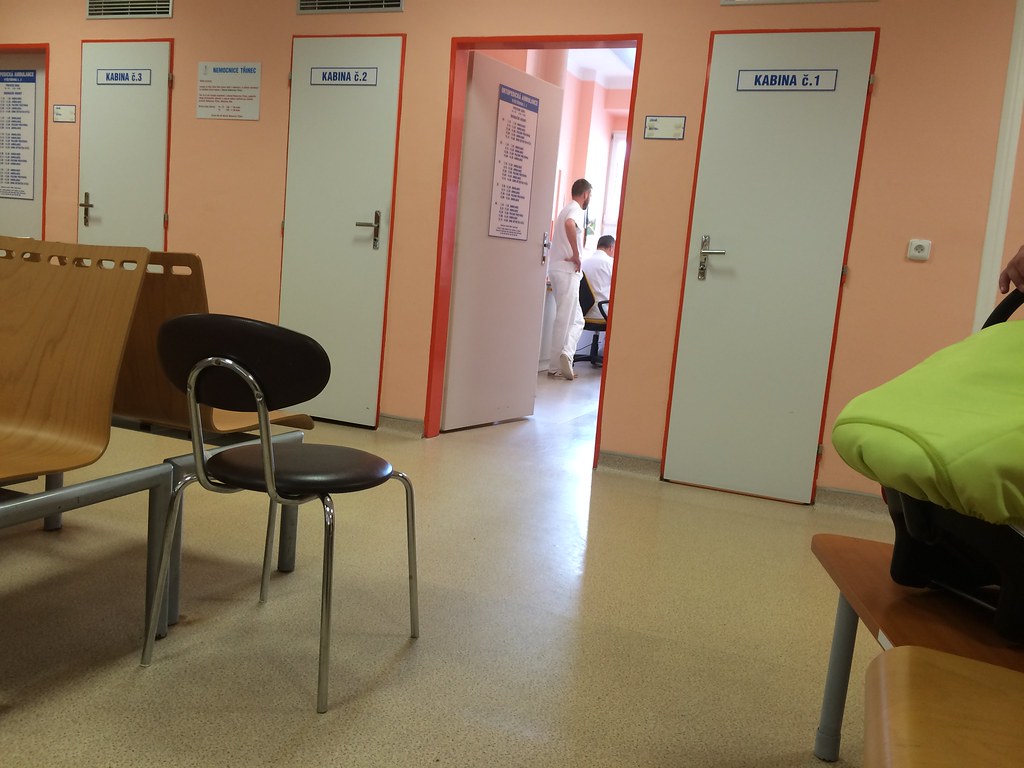 Bethany, Karis, and our friend Martina drove to the next town over to the hospital where they had referred Karis. They actually did an ultrasound on her hips/legs. They’ve done that in the States, but it’s just an internal check to make sure there’s no issues with her internally. I believe in the States they just do a physical check with the doctor’s hands, but here’s just a little different. While the girls went to the appointment, Titus and I walked over to the haircut place and I got a trim (no photos of that, sorry!). I did get to show some photos of the baby to my hairdresser lady so that was fun. 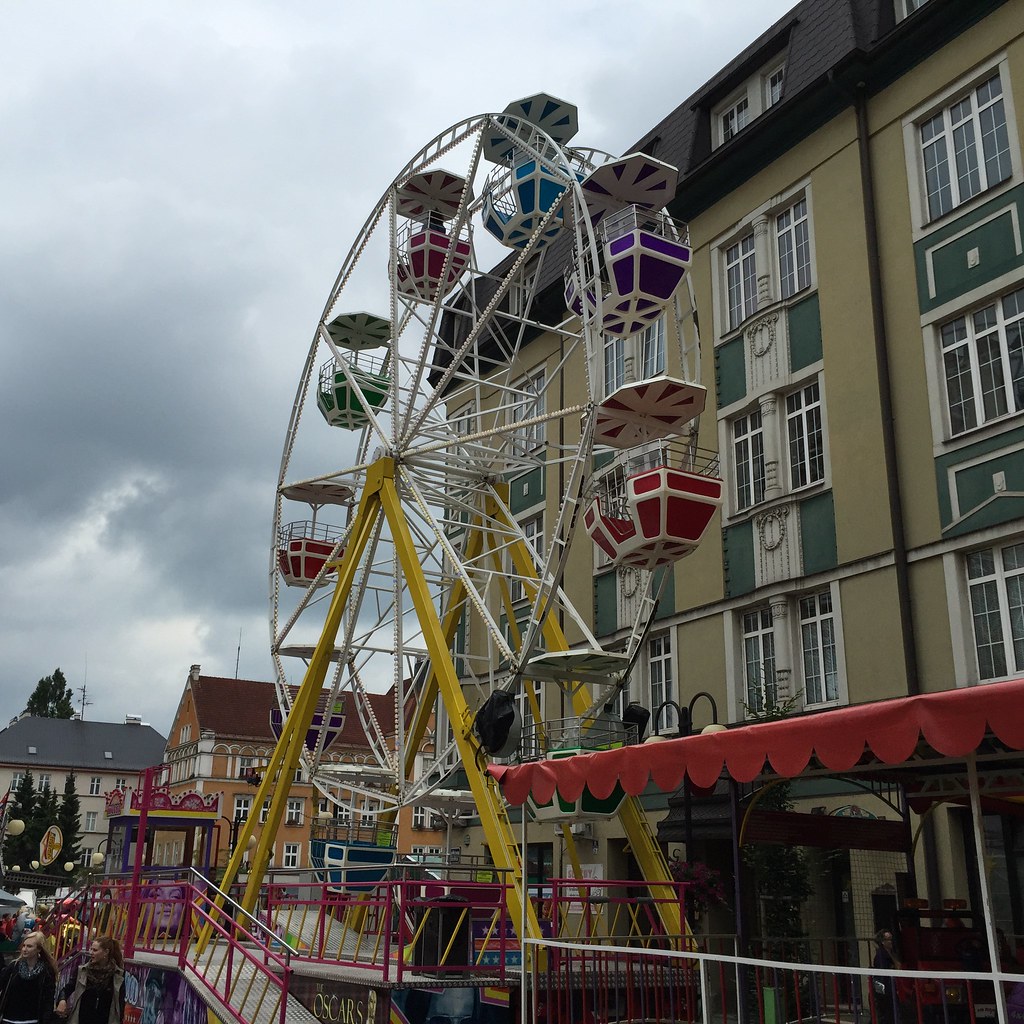 When Titus and I walked to get a haircut we saw they they had set up a huge carnival deal in the town square. I believe it’s a big celebration for both our town and the sister city in Poland. I believe they are celebrating the founding of the city or something like that, but whatever it is, it’s important. They went big for this one with rides and tons of shops and food. Below are a ton of photos of what we saw. 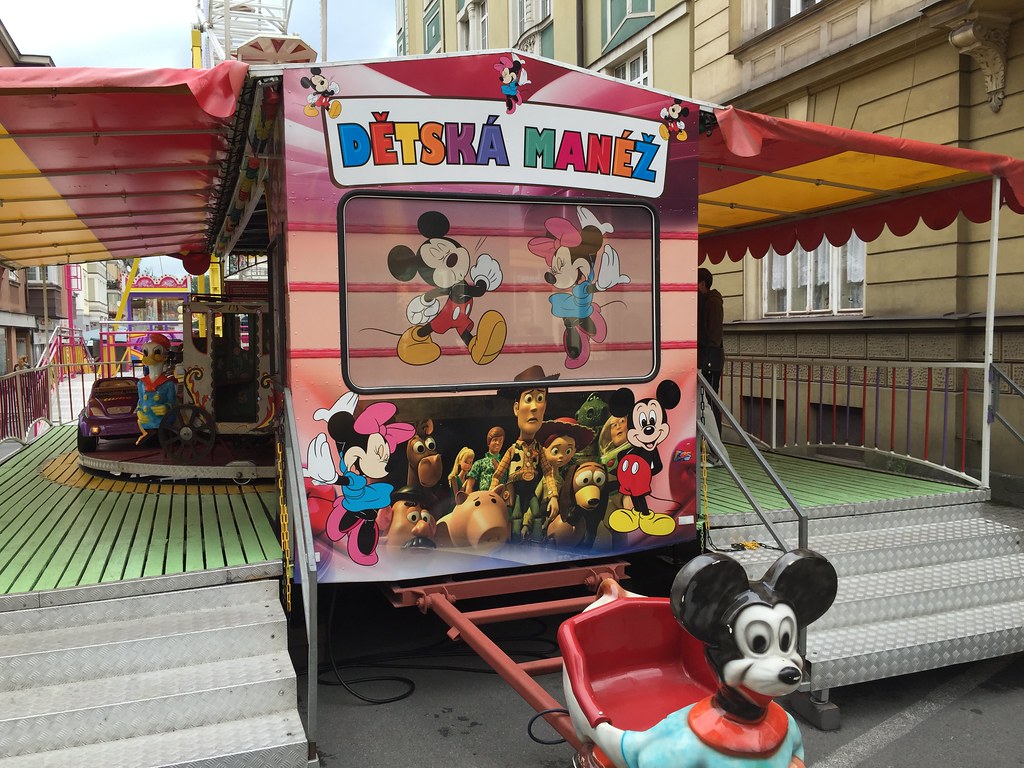 I love that the ride above has an image from Toy Story which is actually a sad part of the movie. 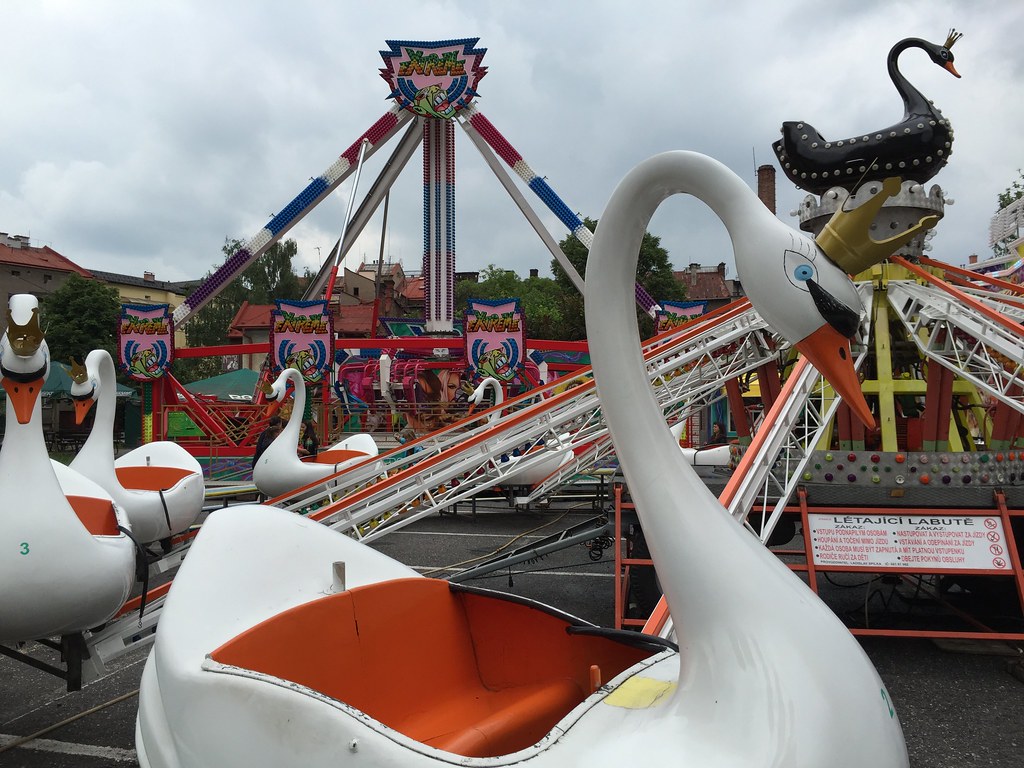 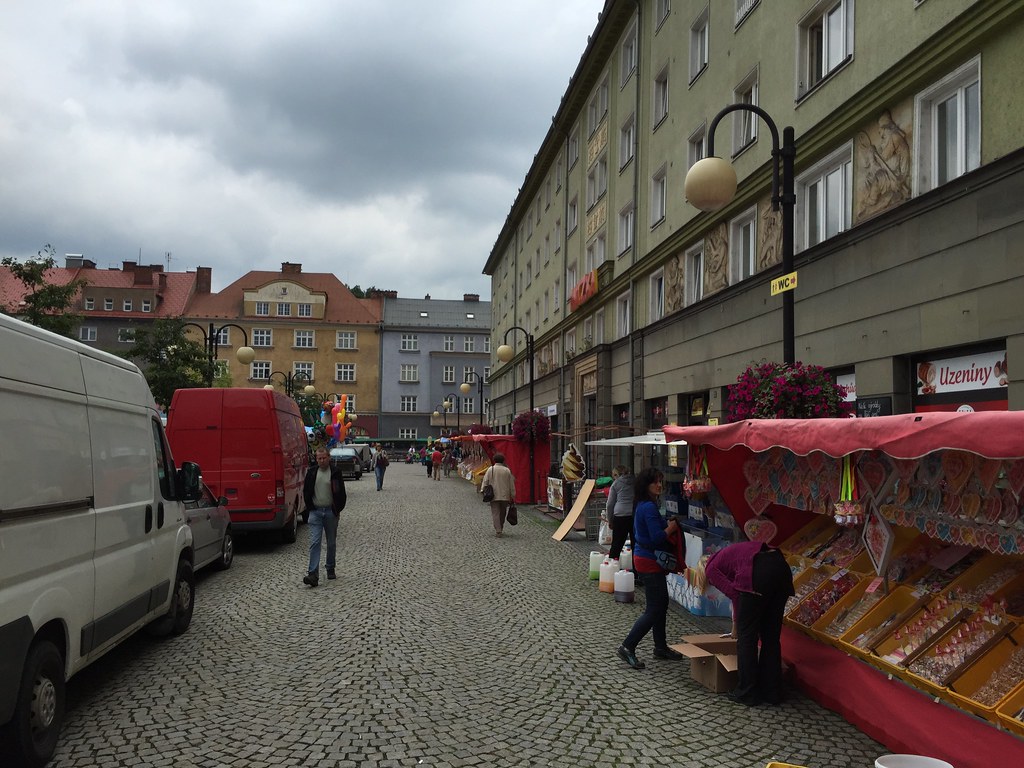 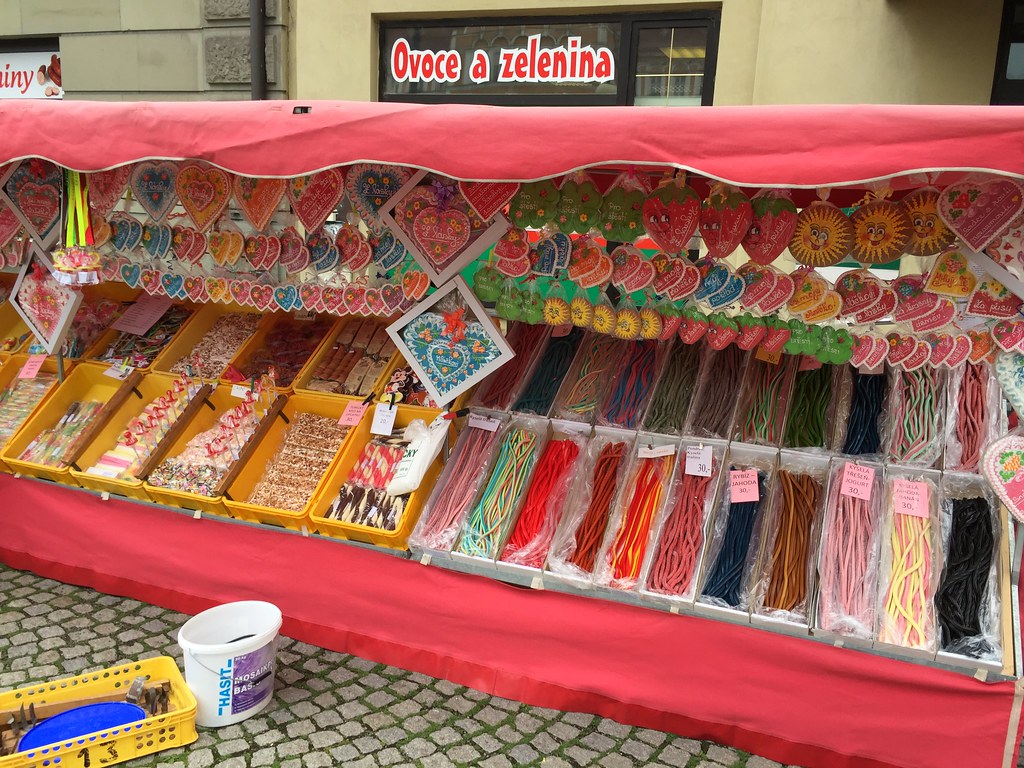 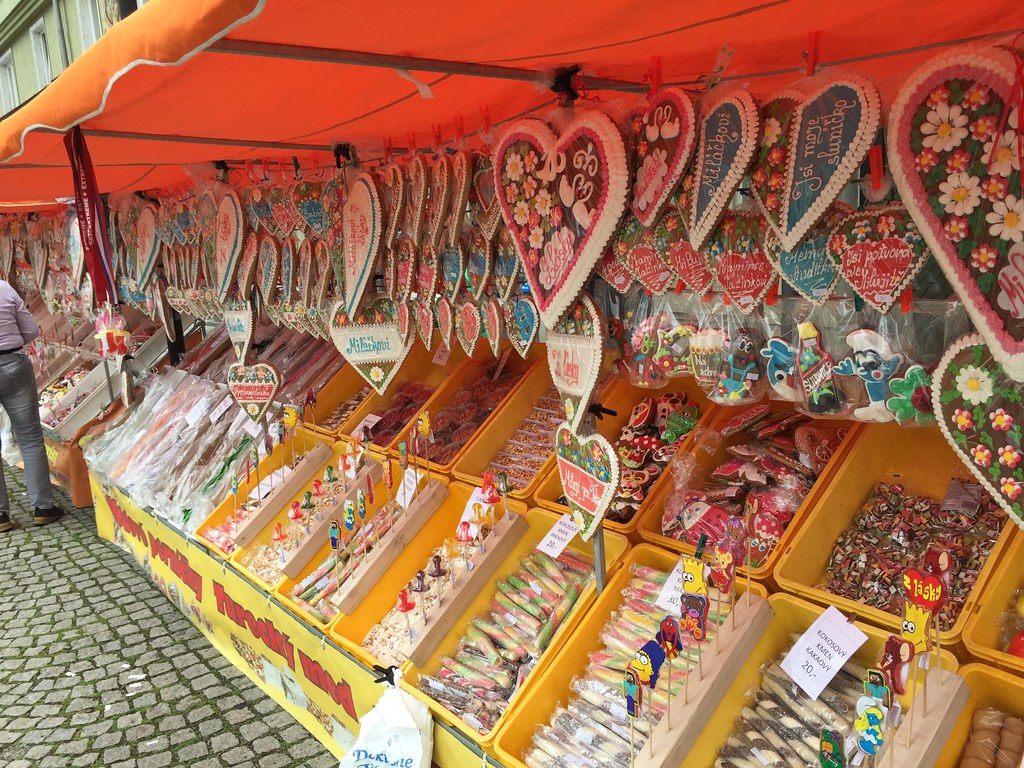 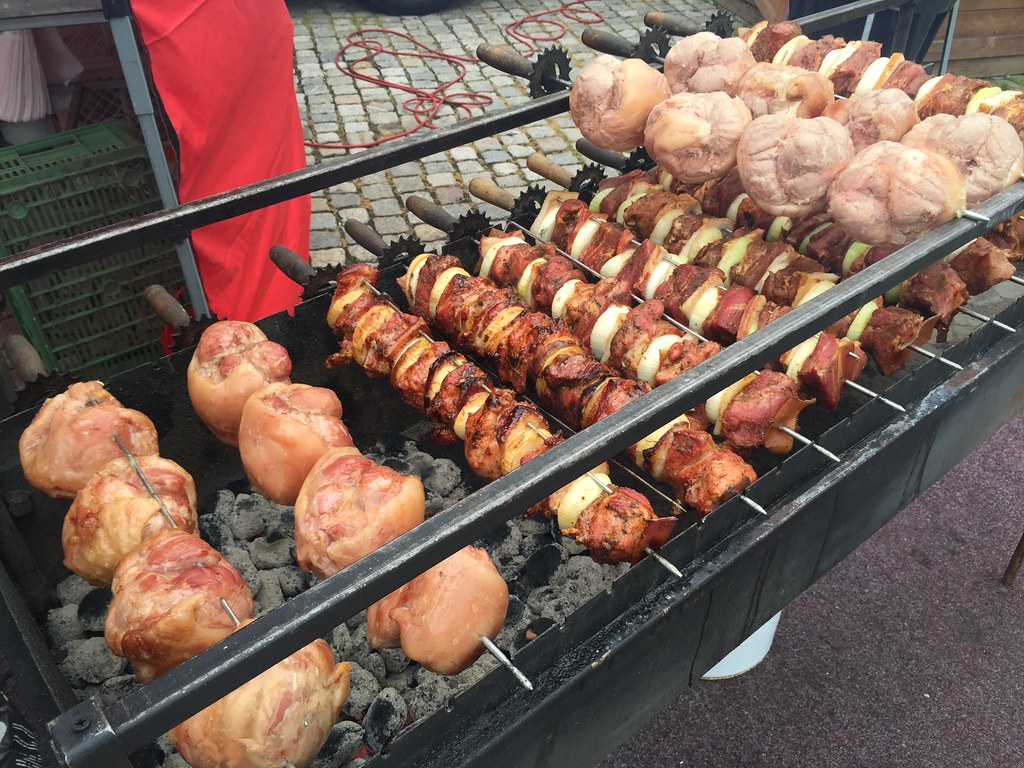 The grills were looking good! I may be wrong but I think something on there might be pork knee (a Czech favorite from what I can tell). 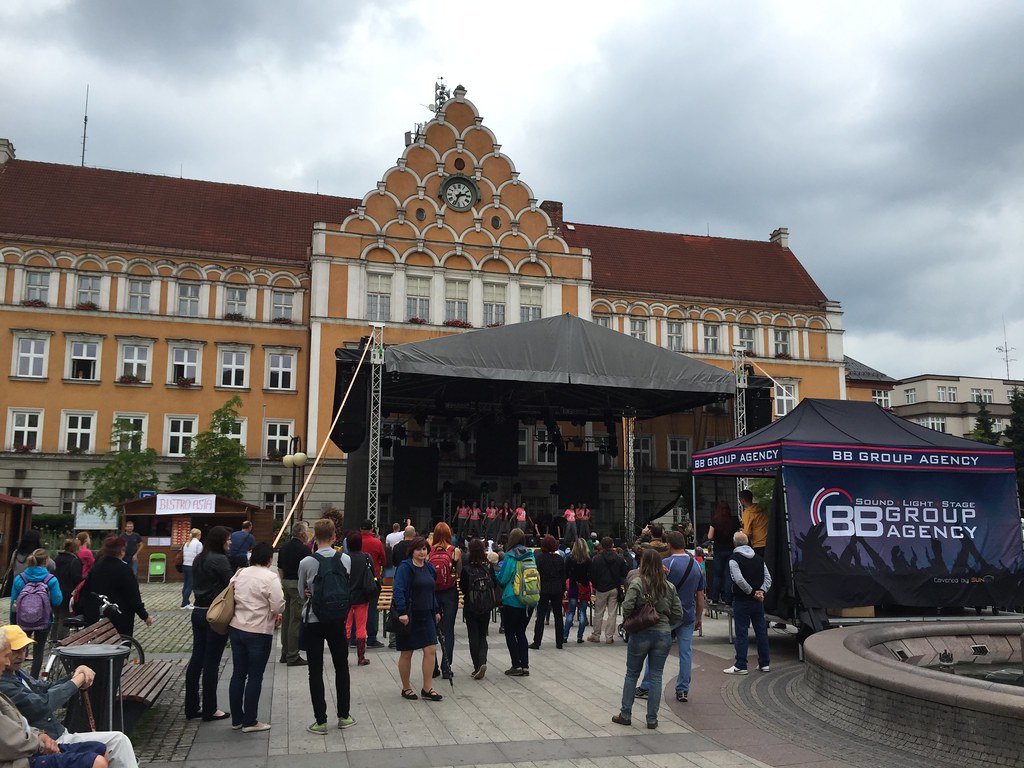 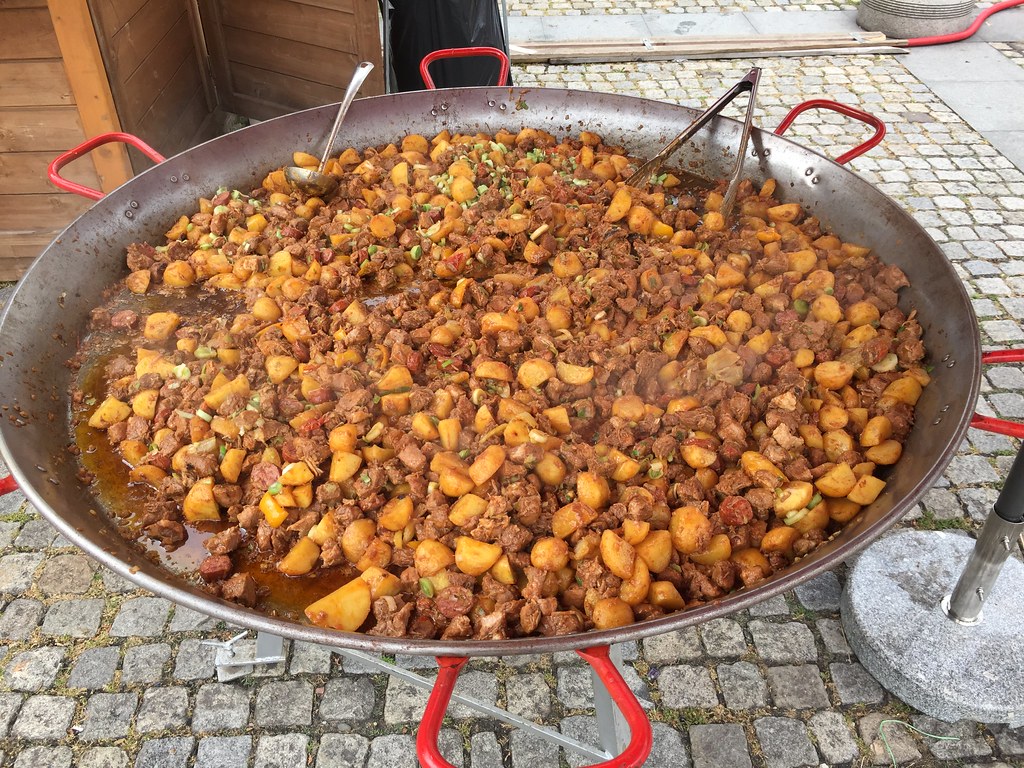 This “bowl” was probably 4 feet across. Sausage and potatoes…yummy. 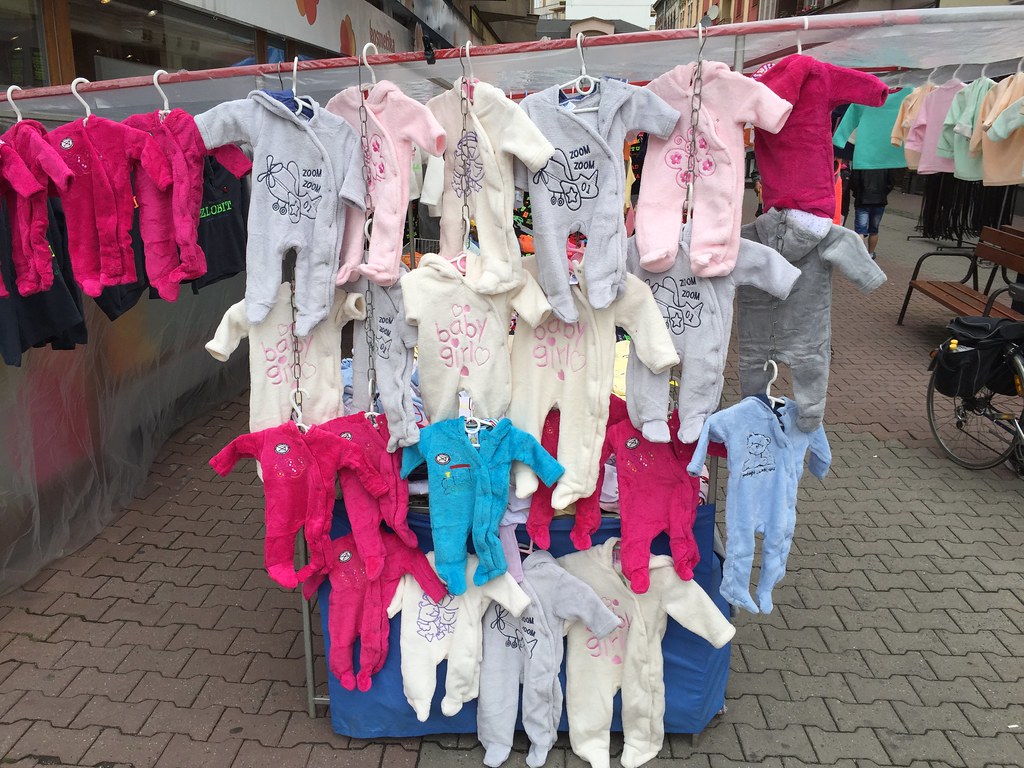 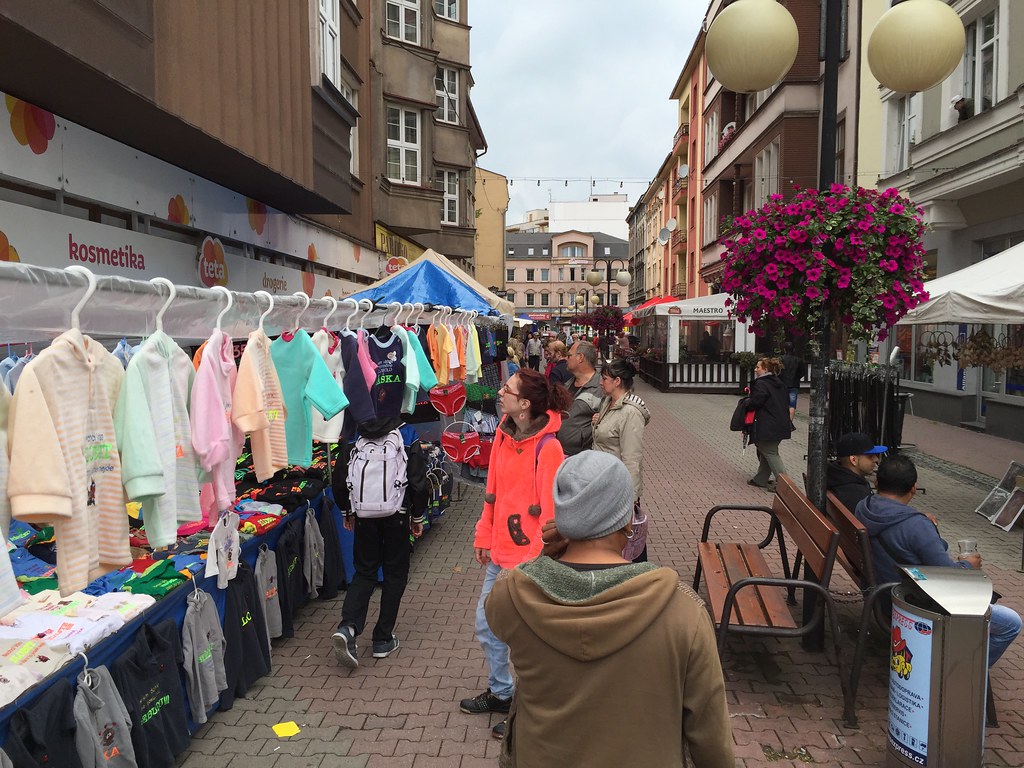 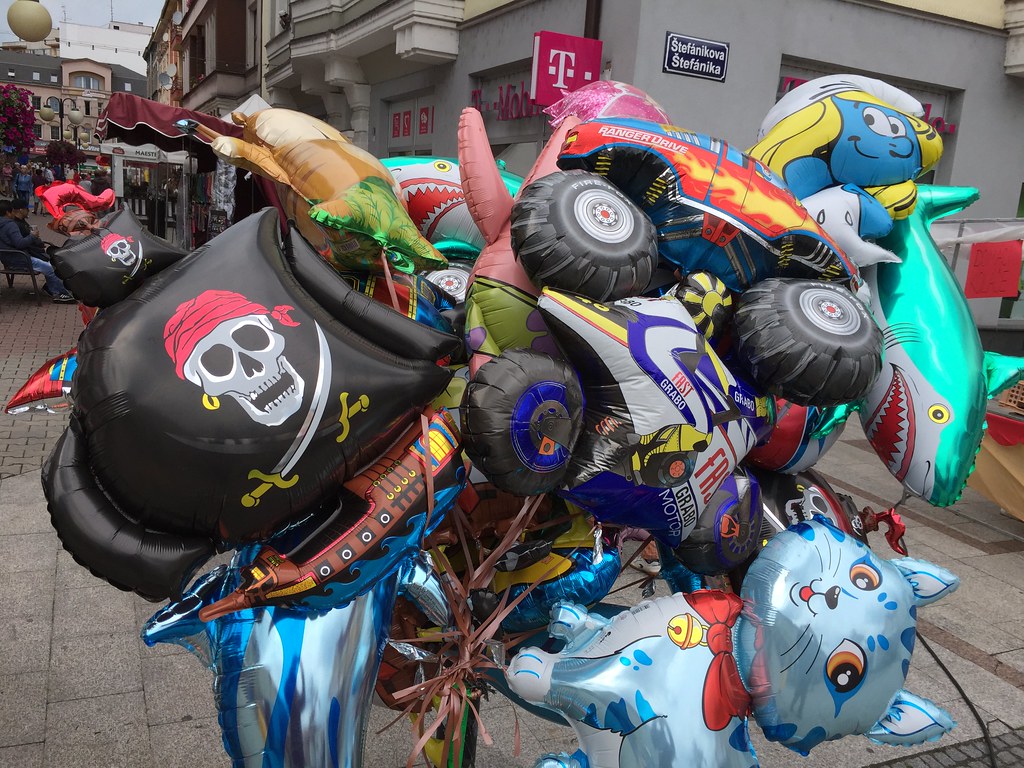 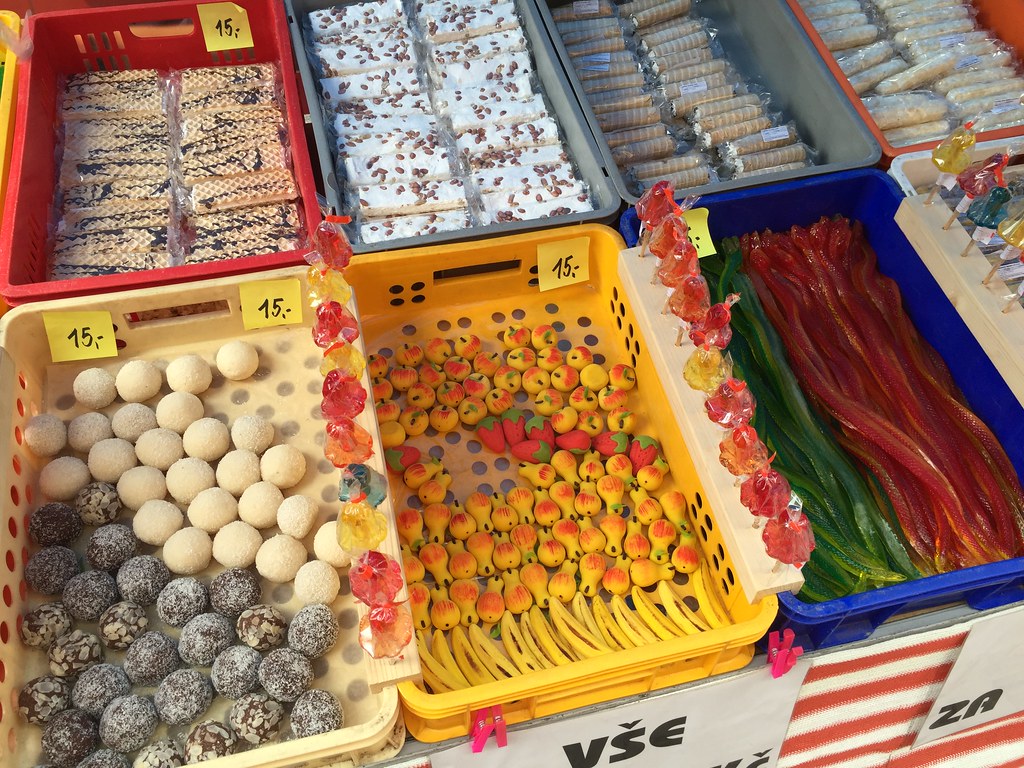 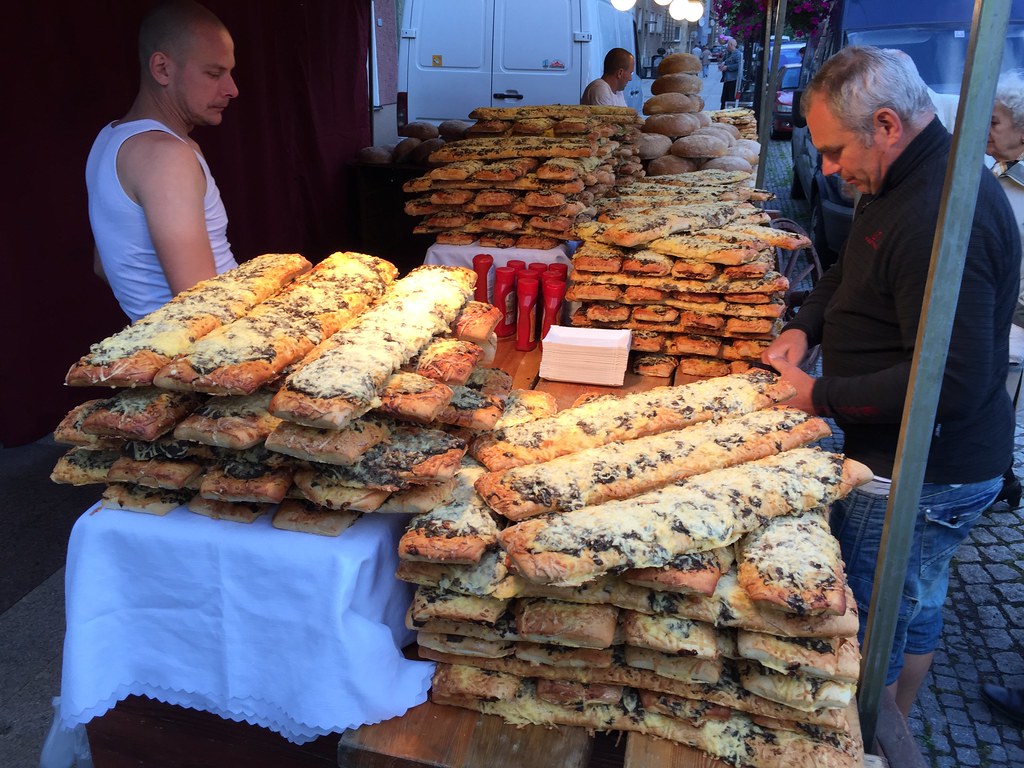 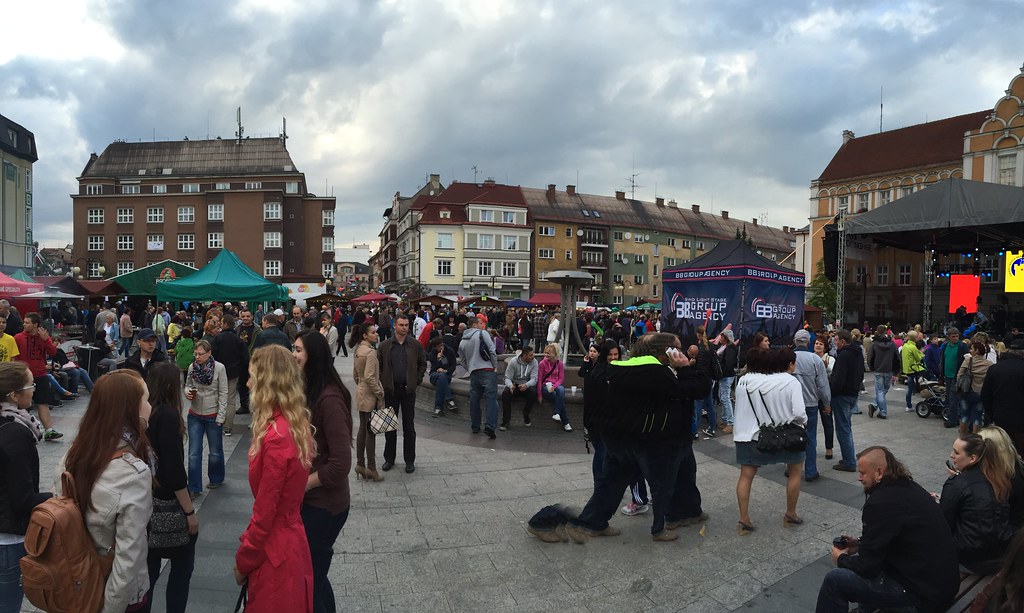 We ended up going back to the town square as a family this evening so the kids could play and we could get dessert as a family. It was a much different experience from when Titus and I were there a few hours earlier because the place was jumping with people and live music. We ended up getting some traditional Trdelník with cinnamon (it’s so yummy!) and then bough tickets for the big bounce house slide thing. 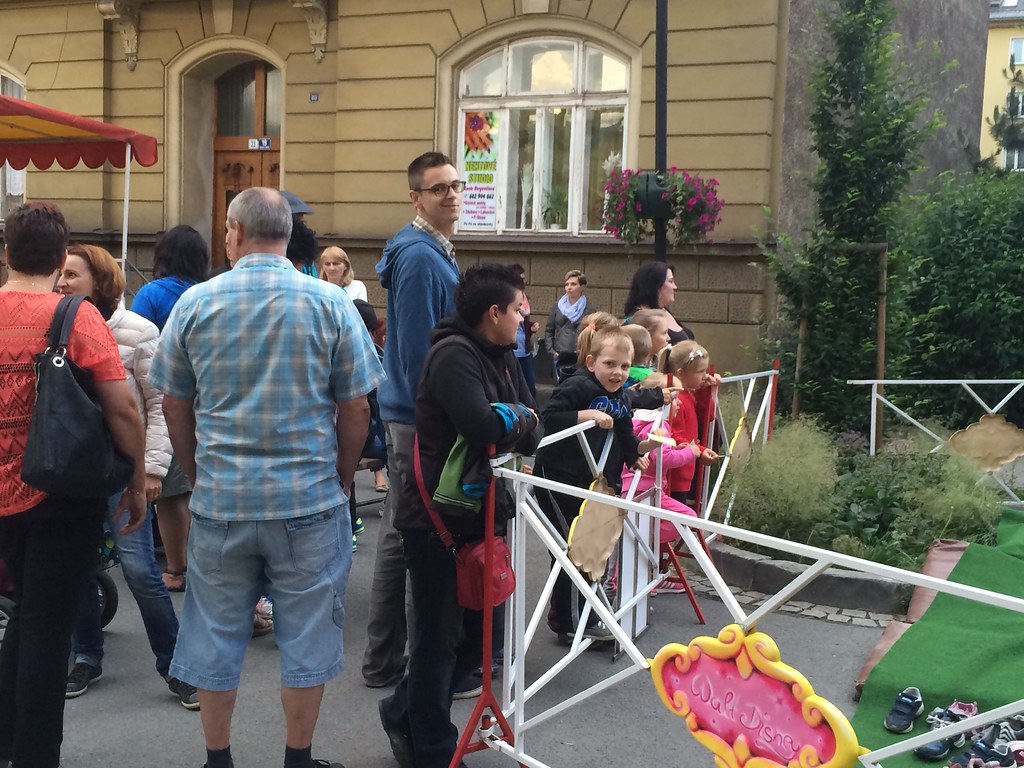 This is Titus and me waiting for his turn to go up the big slide. I had bought a ticket for Avery to go up to, but she wasn’t “up” for it…get it, “up” for it… because it’s really tall. Yes, tall… like me as I stick out like 8 feet above everyone else in this photo.

Here’s a 30 second video I got of Titus enjoying the slide. 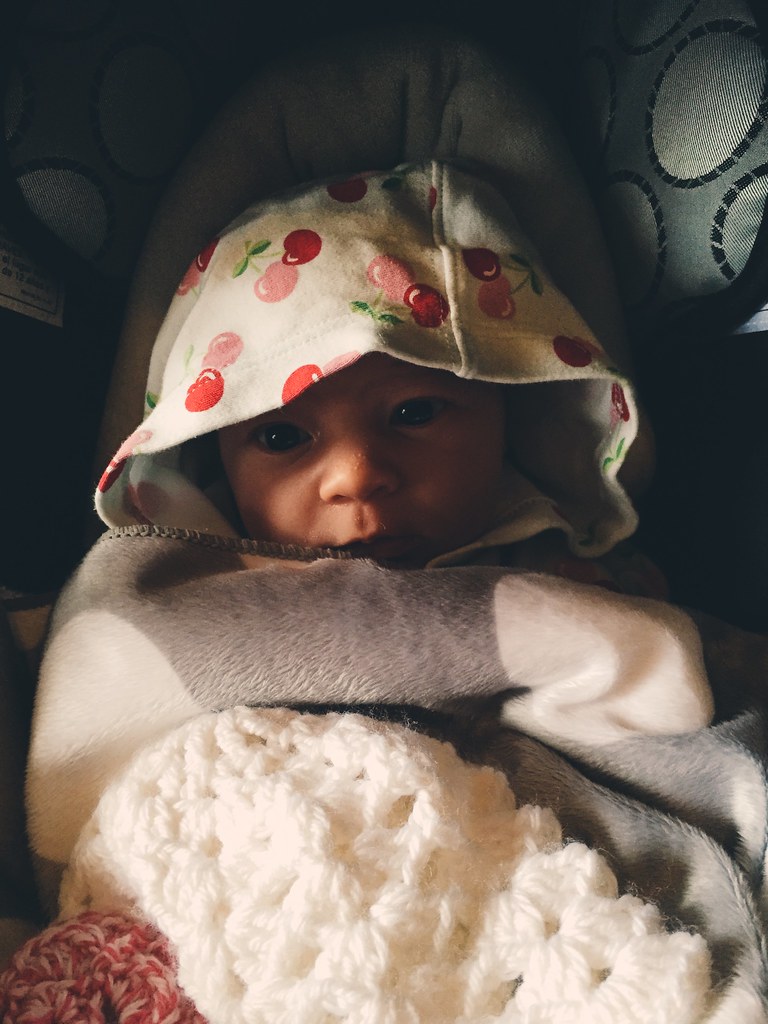 Lastly, here’s Karis as she rode around in the stroller tonight. She was awake most of the time and did great. We had to bundle here up pretty good because it was like 55 degrees out (dead serious).

There you have it–another day in the life of our little family. In the words of Porky the Pig, “That’s all folks!”

The Carnival We Didn’t Know About 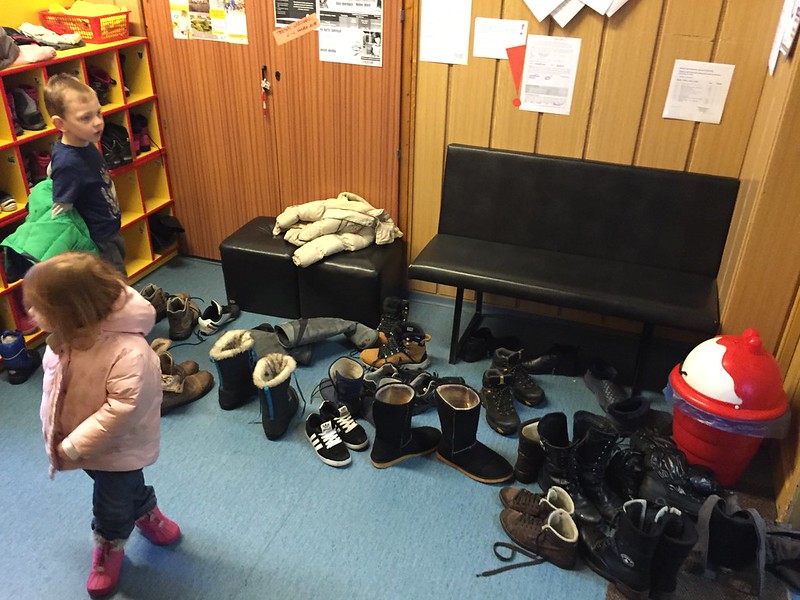 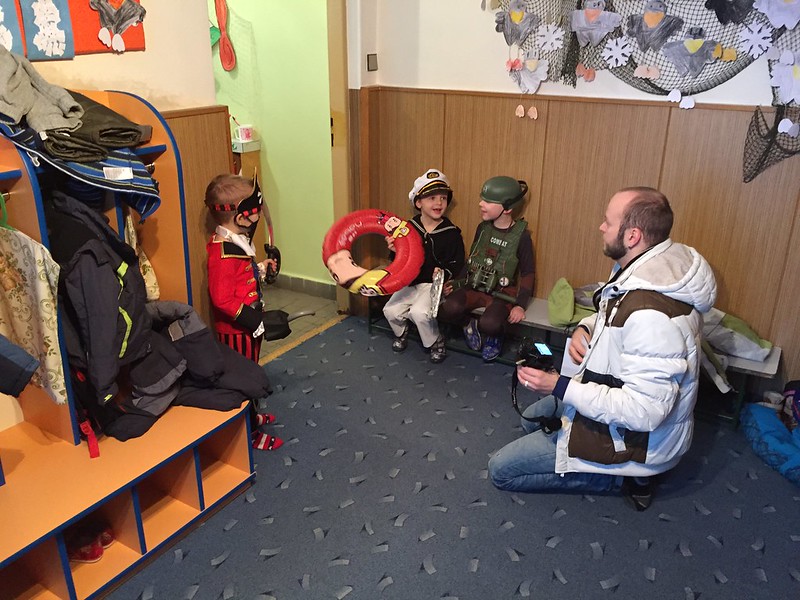 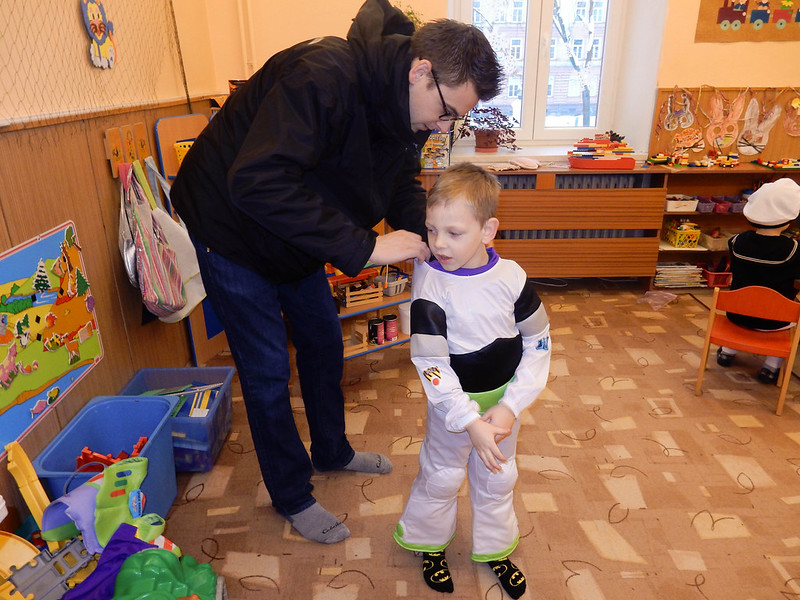 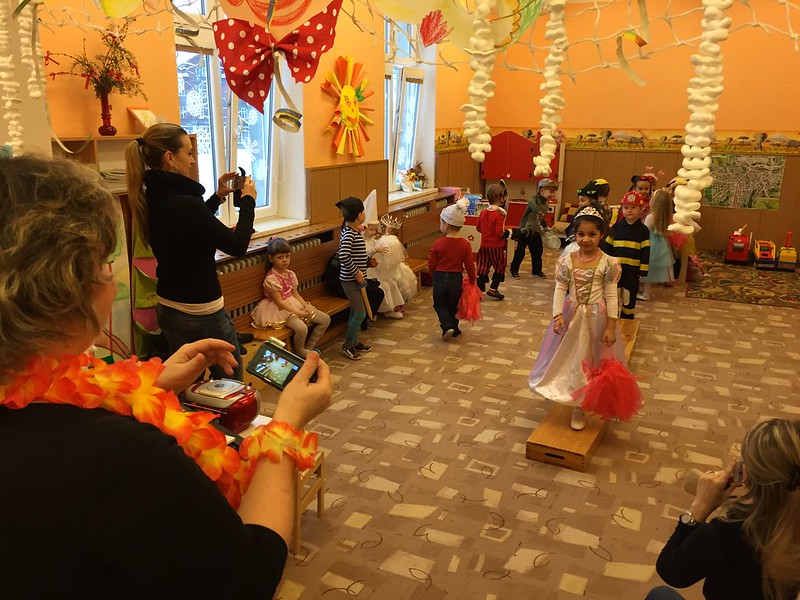 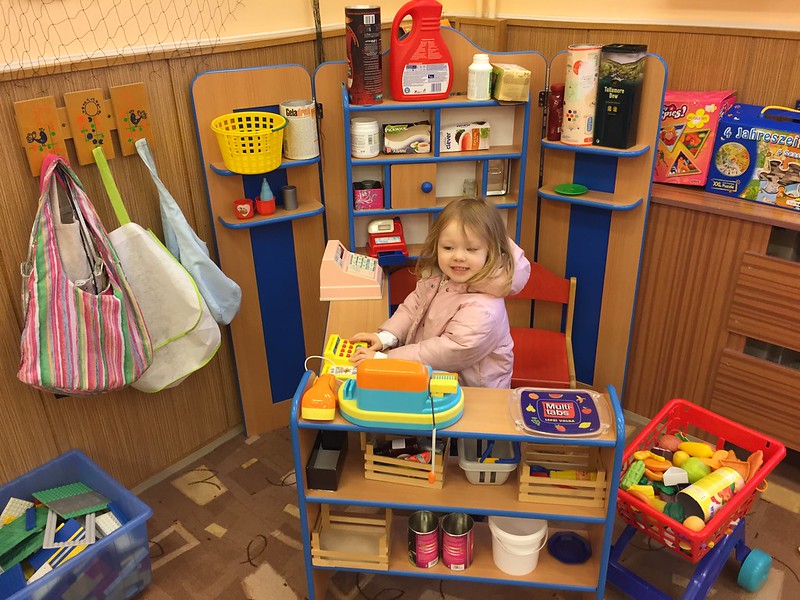 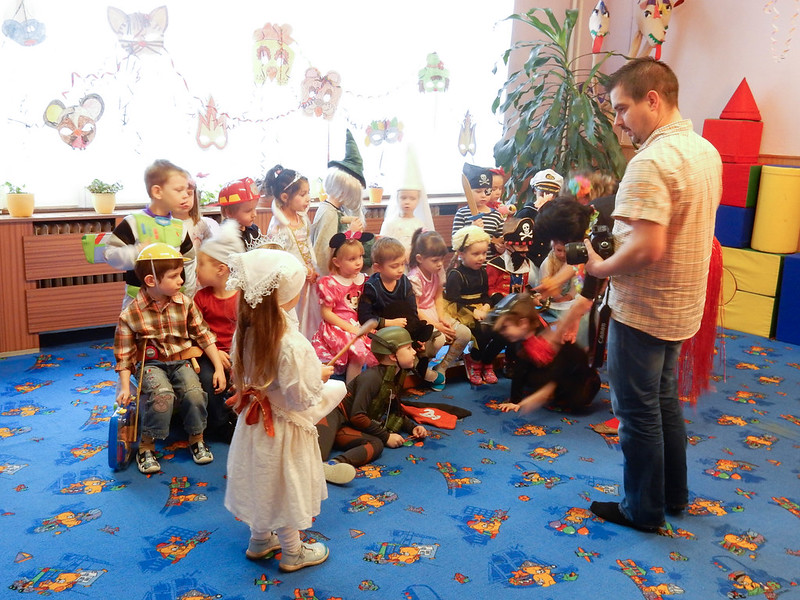