The conference that I have been serving at all week came to a close today. With around 280 attendees from all over Central and Eastern Europe, it was a full and fun week. I was especially moved today by of the very last things we did. The Josiah Venture country leader in Ukraine, Ben Williams, came to the front and shared a little bit about the unrest in Ukraine as well as a verse from Scripture. He then showed a news footage clip on the screens from a few months ago about a ministry tent that was down in Kiev, Ukraine. The news showed a prayer tent where they were passing out tea and Bibles. It also showed a couple being interviewed and they were sharing about the tent and their belief that God could change their nation. 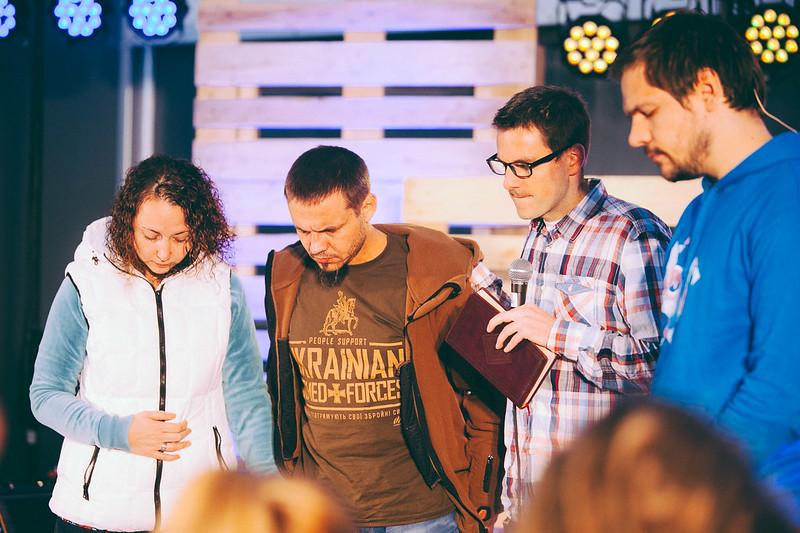 As the video ended Ben called that young couple to the front, and I realized they were attendees of this week’s conference. Ben asked Oleg and Oksana to share some prayer requests, which they did, along side a few photos of them with gas masks and army gear at various times around their tent. Some of their requests included prayer for the soldiers to hear the gospel before they died, the churches to stand strong during great affliction and destruction, and finally that people would read the more than 50,000 Bibles that have been handed out over the past few months. Ben directed those standing around our team in Ukraine to just lay hands on them and he began to pray. The whole time I was in tears and just trying to take photos and listen. I was overwhelmed with emotion, but thanking and praise the Lord for people like Oleg and Oksana who are staying faithful to Him during real, serious affliction. Oh that God would call more souls to Himself in Ukraine! 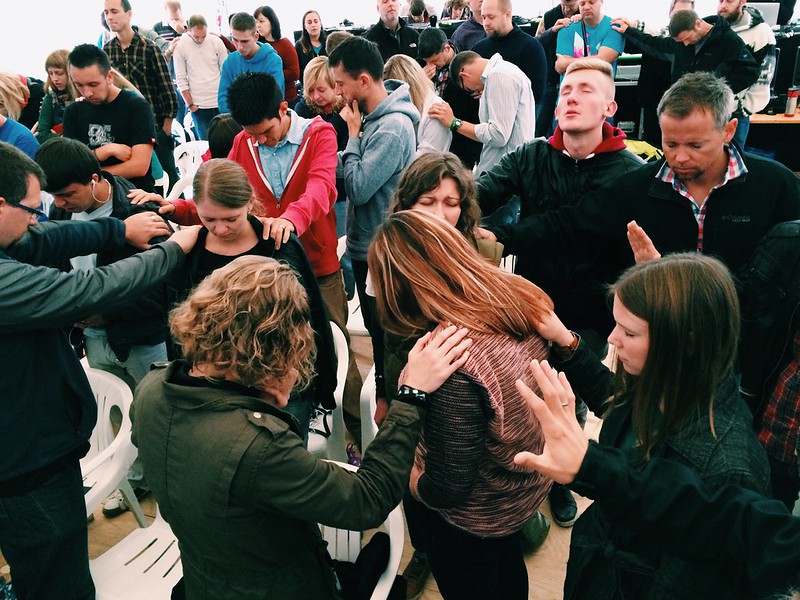 Once the conference ended, my team and others helped tear down the equipment. Bethany and the kids drove with me early this morning to the conference, so they were around too. I was wrapping up cables and helping put things away so the kids joined in on the fun too and started copying what I was doing. Titus kept saying, “Look daddy, I’m doing it!” Here’s a photo Bethany got of the three of us “working.” You’ll notice the kids are bundled up…it was a bit wet and chilly today. 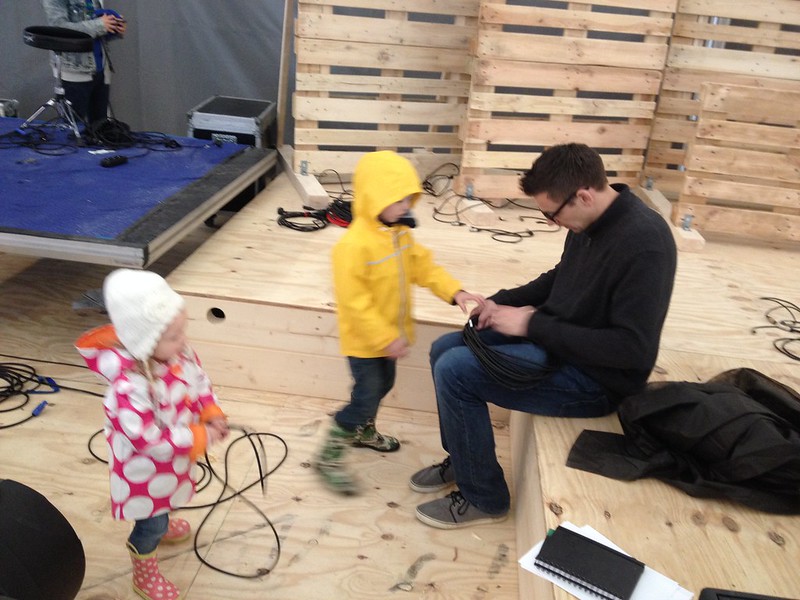 I got home around 4pm this afternoon and tried to spend a little time with the kids. At one point tonight the kids and I took out the recycling to the dumpsters down our street. Both our kids get really excited about it, especially when we recycle the glass bottles because they put it in and hear the CRASH of the glass breaking. Tonight we did all three recycling bins–paper, plastic, and glass. Here’s a photo of them putting some paper in to the big blue bin. 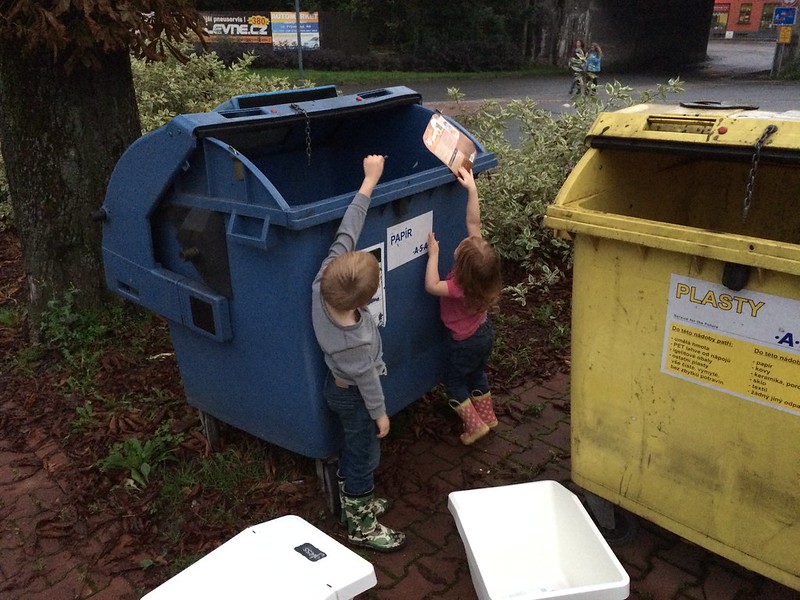 We actually had our friends Kristine and Cory Cramer over this afternoon and evening since they were in town for the conference and won’t be flying back to Albania for a few days. We had a great time with them and will hopefully be spending a lot more time with them tomorrow so I’ll definitely write more about then. But Bethany took our kids and the Cramers to Tesco, a local grocery store, and they used the little car cart. In the photo below you’ll see the Cramer’s daughter Shiloh and our daughter Avery enjoying some cruising time at the store. 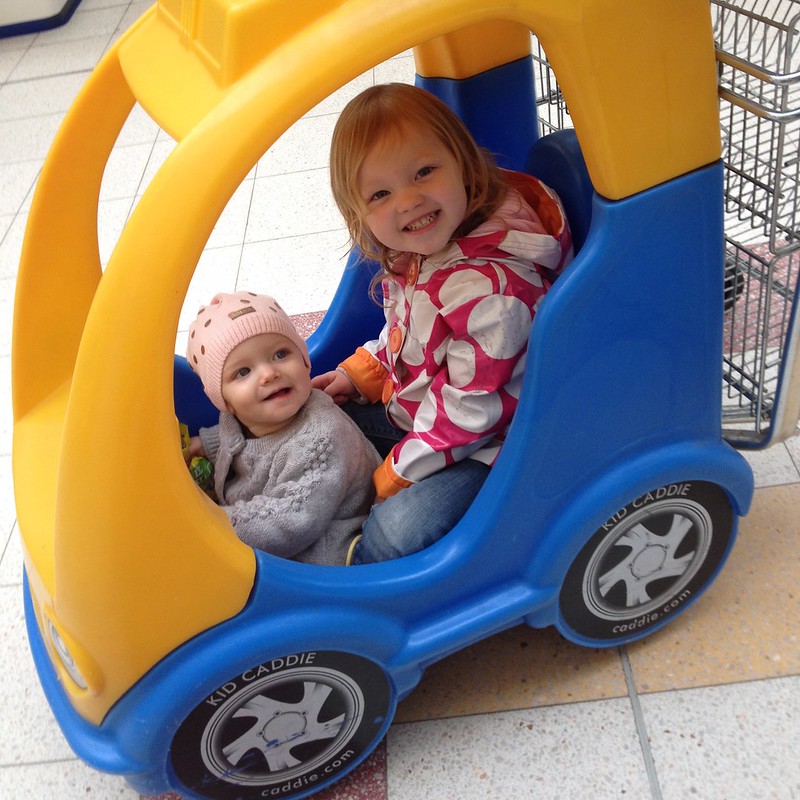 As we conclude a busy day and week, I’m thankful to the Lord for his calling on our lives. It was a joy to serve so many different missionaries, both nationals and Americans, and by His grace they will all go out and serve the Lord better because of the time of training they had this week.

I’ll leave with this photo I took of the tent where we had all of our sessions this week…so fun. 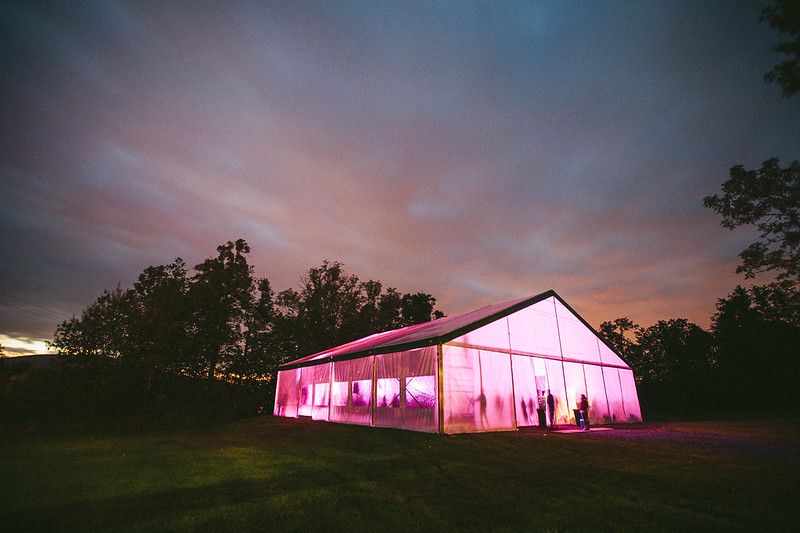 conferencefriendsUkraine
Previous ArticleFull To The BrimNext ArticleA Reunion With Friends