It was another early day thanks to our good friend, Mr. Jet Lag. All four of us were up by 4:00am and we were even out the door at 8:00am to go to Target. Bethany has been keeping a list of things we wanted to pick up in the States so we decided to do that errand this morning and when you’re already up early, it makes getting out of the house a little easier. We were able to secure a bunch of things we wanted to take back to Czech, mostly clothes for Avery since they can be pretty expensive over there. 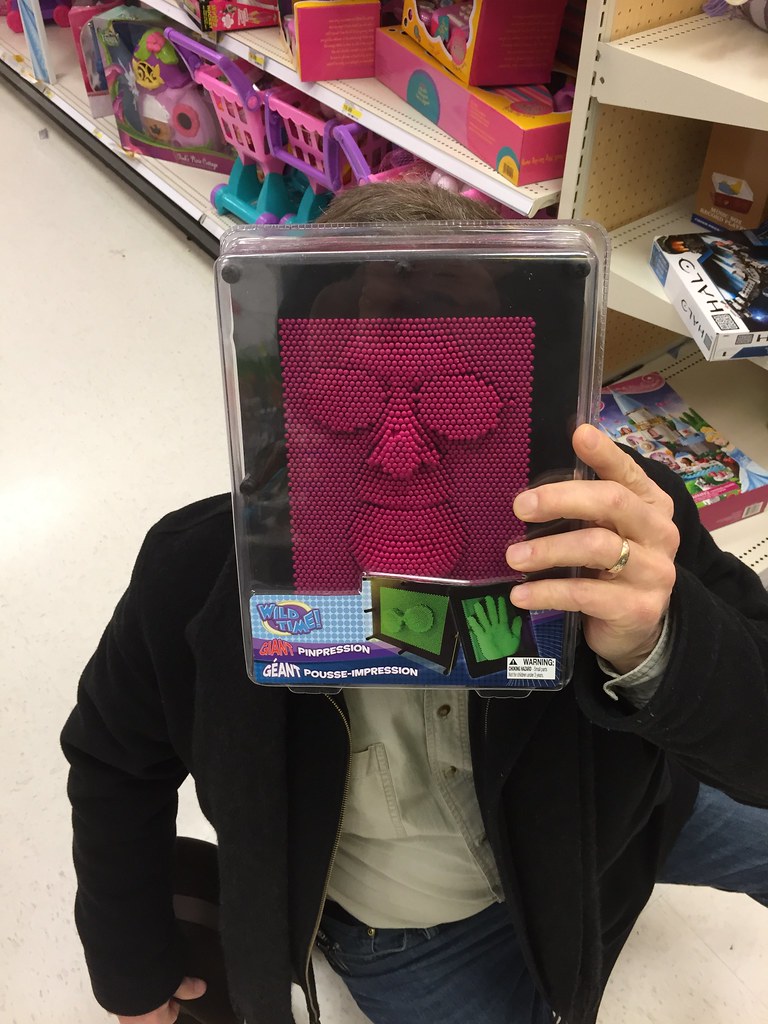 This is a picture (above) of Bethany’s dad playing with a toy we found in one the aisles. Titus and Avery thought he was hilarious.

After Target we headed to Costco where I was scheduled to have an eye exam. I’ve been wanting to get new glasses so I go that all squared away today. They should be ready before we leave which is great. We also found wool socks and a winter jacket for Titus which are huge blessings because not only were they very cheap, but they are very warm. Another great thing Costco had was allergy medicine. I’ve been concerned that maybe my allergies have been getting worse over there so hopefully the stuff we bought today will help bring relief.

Tonight we just returned from hanging out with some friends and their families. We had a really fun time and while we were there the family’s youngest daughter got engaged. We were able to celebrate with them and enjoy those first few moments of hearing the news and seeing all of their happy and joyous reactions. Unfortunately, I felt really tired throughout the night, but did my best to keep my spirits high while fighting sleep and jet lag.

That’s all for today. I’m very tired and I’m sure the kids will be awake soon. Today was the hardest day so far on them, especially Titus, but we’re hopeful they will sleep in a little later tomorrow.