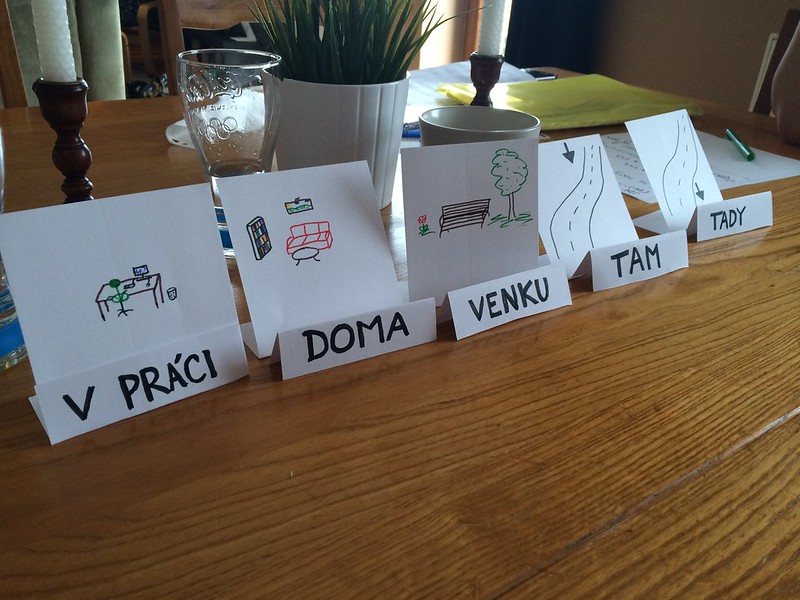 Today was a bit of a rest day. We had a full day yesterday traveling from Bratislava and we spent the evening cleaning and packing as we made a small move from the place we’ve been staying to another missionaries house just down the road. Our container is scheduled to arrive tomorrow! We believe we have at least a dozen people coming over to help us move our stuff in, so that’s a huge answer to prayer. I’m sure it will be like Christmas getting all of our stuff and moving things in.

We didn’t have a super full day (which was a nice break), but we did have our first Czech lesson in Czech! We’ve done lessons in the States, but today Jitka got us going on some vocabulary and common greetings. Above is a photo of some commons places we were learning. We were saying things like “I am at work” (far left) and “she is at home” (or “doma”). Czech is definitely not an easy language and some words are quite difficult for our English trained tongues, but I thought we both did pretty well today and we’re looking forward to continuing this language learning journey. 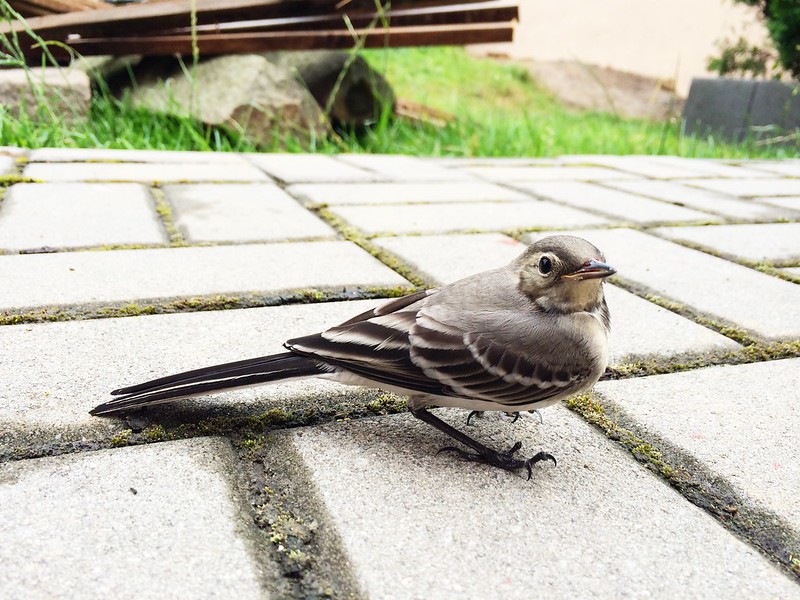 This little bird (above) flew right into a closed second-story window at the house we’re staying in. I heard the thump, saw feathers flying, but never saw a bird. Assuming it had just flown away I didn’t think much of it until about ten minutes later when I went outside and found him sitting on the ground like this. He sat there for a bit and let me get very close. Eventually he flew away, but I thought it was worth sharing. 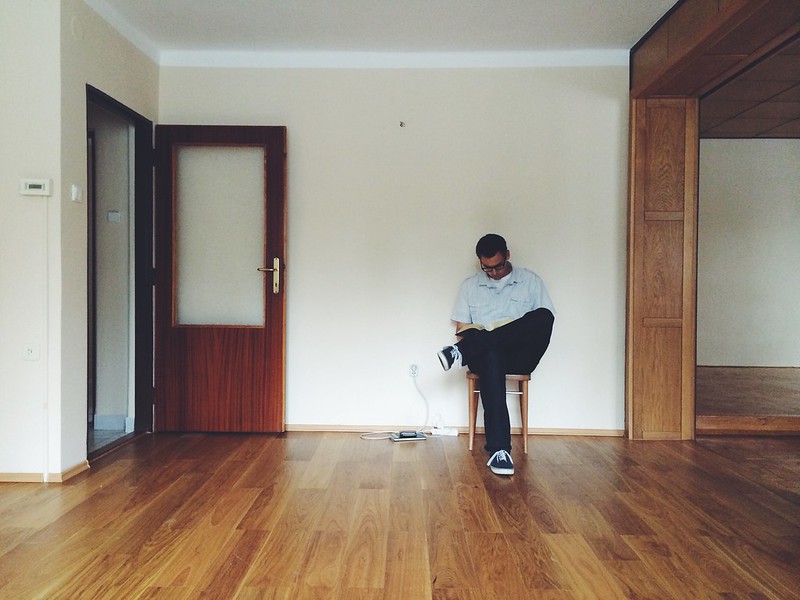 The last thing on our agenda today was to receive the appliances we purchased the other day. They called and said they would be arriving between 5-7pm at our new apartment so I decided to go over alone because there’s just nothing in our new place for the kids. The delivery guys showed up just a little after 5 and even though I couldn’t speak much to them I tried out some new Czech I just learned. I said, “Tady” meaning “here” for the washer and dryer. To be honest I thought was saying “there” but it still worked! Well, sort of…the washer and dryer didn’t fit. 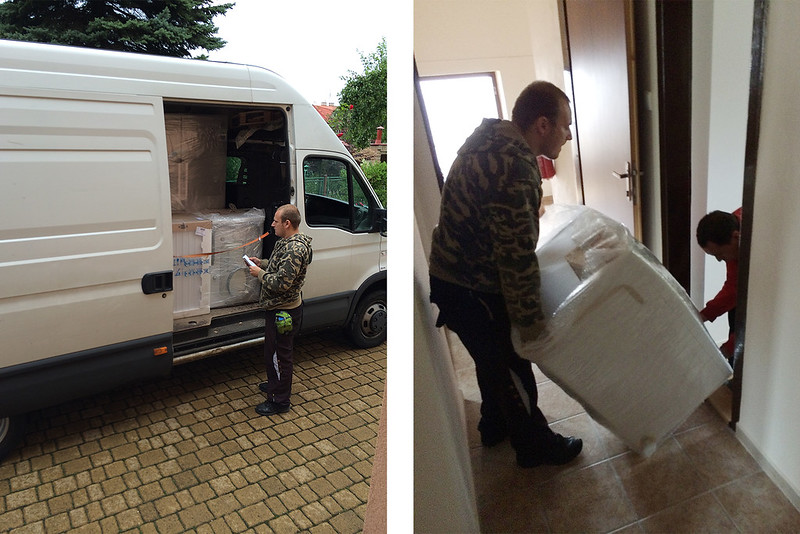 Apparently not all doors are made the same. The door for the wash room just wasn’t wide enough for our machines. There was probably about a half-inch of overhang and they just weren’t going to make it through the door. It’s actually going to work out just fine because the previous missionaries had the exact same problem and the hoses and hook ups have already been moved to other side of the wall. Now they will sit on the other side of the kitchen in a small hallway type area and it’ll be fine (shown below). We’re just thankful to have them! They also brought in our fridge which we didn’t have any issues fitting. It’s really fun to see our little home coming together. 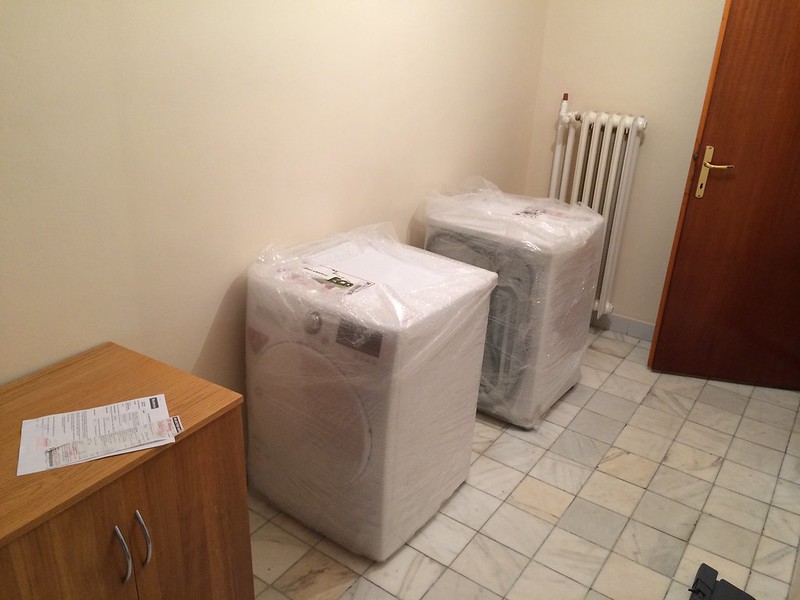 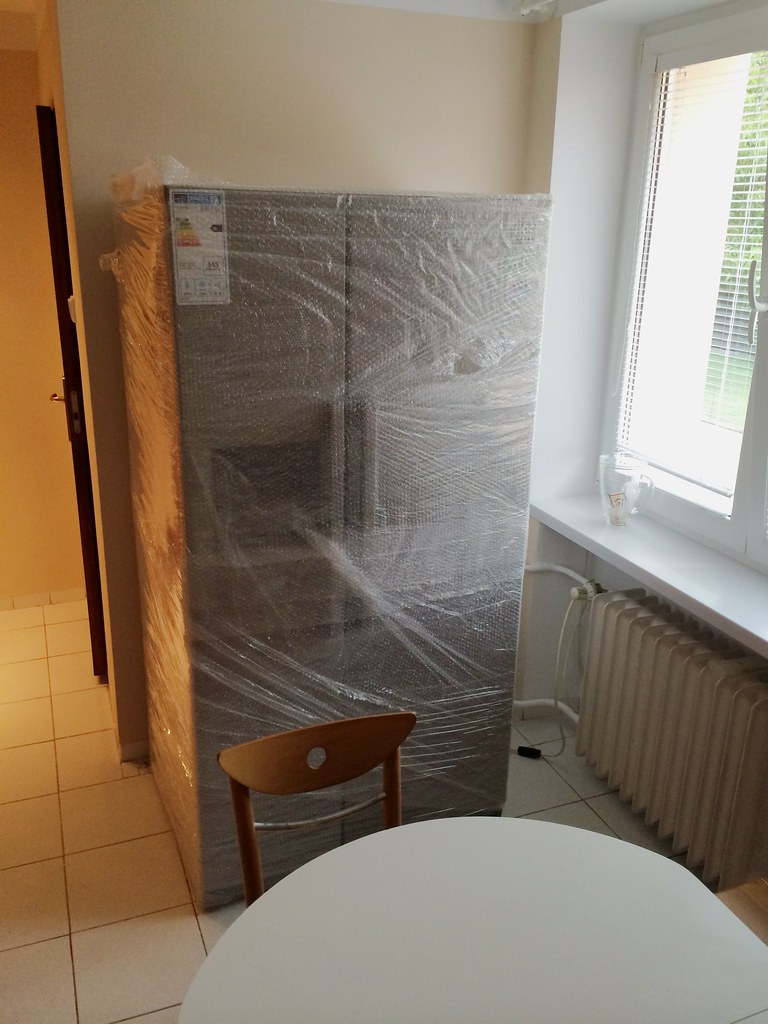