Man am I dumb. I honestly have no idea what I was thinking, but what is done is done. In the words of Kronk in the Disney movie The Emporer’s New Groove, “I hope that doesn’t come back to haunt me.”

Tonight I needed to to go to the store and pick one item: a metric screwdriver. I decided I would take the kids with me, get gas, and then hit the store. I went to the local Kaufland mainly because (to be honest) I was avoiding the drunk guys hanging out at the other store I usually go to. Everything went great. We found the screwdriver, it was cheap, and then I got the kids some gummy bears just for a fun thing to do since we were out. I wen through the checkout stand, paid, signed the receipt and off we went. As we walked to the car in the parking lot I said, “Who wants a gummy bear?!” to the kids who both said, “ME!” Oh I wish it ended there.

As I was buckeling Avery in to her car seat a store employee came running outside to me, yelling at me in Czech. The only things I could understand was “kartu” (which means card) and “podpis” (which means signature). I pulled the receipt out of my pocket and showed it to her but she kept motioning for me to come back inside. I told her “moment!” and got the kids out of the car and went back in.

When I got back to the register where I paid there was a huge line of people and now three different employees who were visibly upset and trying to fix the computer which apparently had frozen after I left. My total was still on the screen and it read “Please sign receipt” on the card reader. Again, I showed my receipt to a second employee who was now picking up a phone and calling someone (you can see her in the photo above trying to get the computer to work). Titus said to me, “Daddy, are we done?” Of course, I couldn’t answer him because I really didn’t know what was going on. After a few minutes of button pushing and a phone call the lady finally came around and got under the register to where the cables were (see photo below). 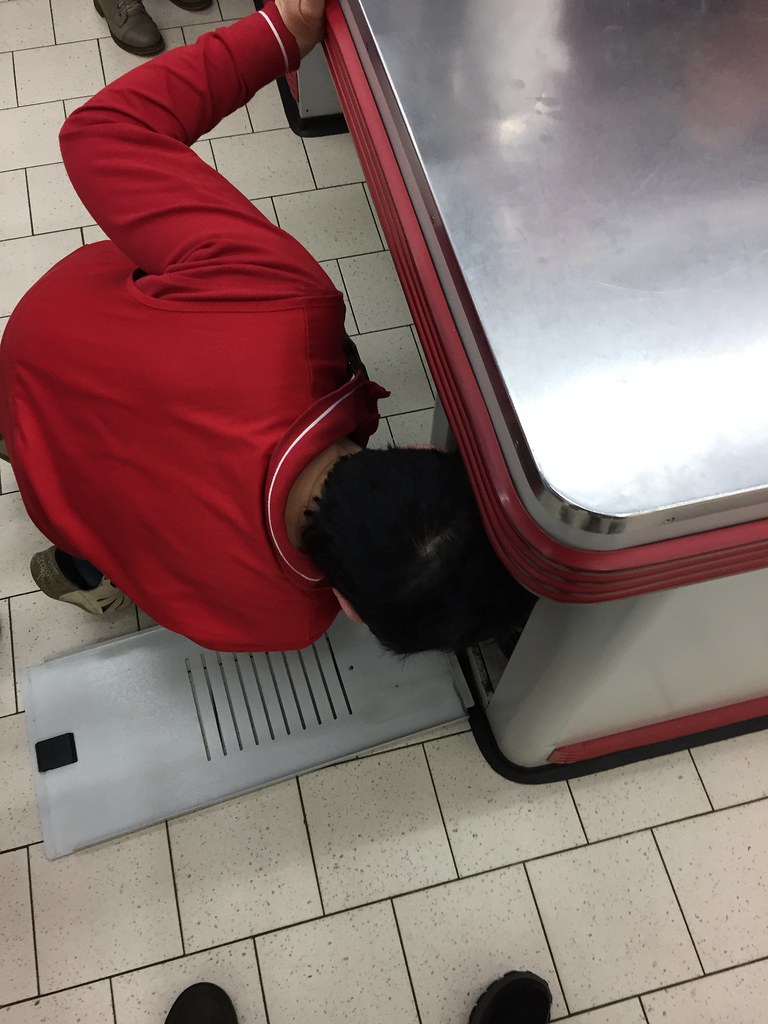 I think she reset the computer or something because a few minutes later they cleared the screen and said I could go. During all of this I had said to myself, “I’m not showing them my card again,” mainly because I had an authorization code on my receipt and I didn’t want to be double charged. They told me I could leave and as I was about to step away the lady said, “Chislo! Kartu!” which literally means “Number! Card!” Apparently, she wanted my card number. I said “Ne chislo!” and showed my receipt but they weren’t going for that. So in a moment of confusion and just not knowing what to do I pulled my card out and that’s when they started writing it down on the back of another receipt. I told them I was upset and didn’t like it, but couldn’t communicate that well. The clerk who spoke a little English said, “You don’t have to worry” which is theologically accurate but didn’t really calm my worry in the moment. So now my debit card number is on the back of some receipt at some store in Czech.

After rushing home, I put a hold on my card and will keep it that way for a few days. I’m actually kind of a freak about that stuff to the point where I don’t even share passwords, numbers, or just about anything over the Internet or on paper. If I absolutely have to write something like that down, it ends up going through the shredder. Even in our home I find myself whispering that kind of info to Bethany because you just never know who’s listening! Unfortunately, I just can’t cancel my card because having one shipped to Czech is even more difficult so I will just have to trust the Lord. Lord willing, it won’t be misused and hopefully will be thrown away! Like I said, I’m dumb. 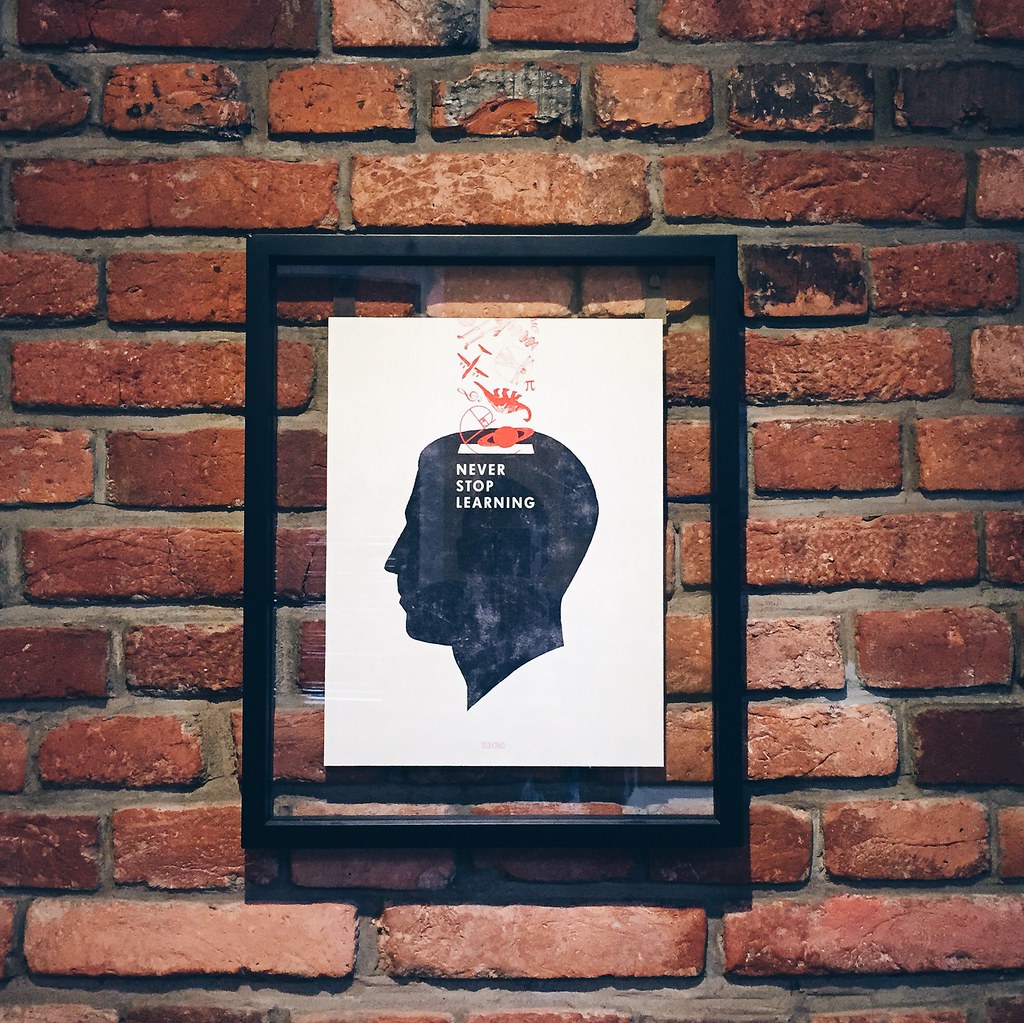 Ironically, I hung the above frame and print in my team’s office at Josiah Venture today. It says, “Never Stop Learning.” It’s really a philosophy I live by and am applying tonight. I thought “never give your card number to a stranger” was a given, but when you’re in a new place and unsure what to do you can find yourself doing weird things. Hopefully I learned something tonight.