Update (11:35pm): Made it home after 6 hours stuck on the highway. The roads are frozen over and the driveway to our place is basically an ice rink. But it’s nice to be home!

As I write this, I’m sitting in my car in the middle of a freeway with the engine off. I’m about 6.5 miles from home with little hope of when traffic will resume. The hundreds of other motorists in the same predicament are all asking this question: will I get home tonight?

Today in Czech Republic, the weather turned from cold to freezing rain. As I was working out of the Josiah Venture office (about 30 minutes from home), I hadn’t paid much attention to the weather, and no one had informed me about what was going on outside. Then I got a text from my teammate Daniel who had left earlier saying he was stuck on a hill with a bunch of other cars. That was at 3:53pm and I was in a meeting and it really didn’t click for me that maybe something like that couldn’t happen to me too.

An hour later, Rachael came in to the office and said that someone in Cesky Tesin (our mutual town) informed her that the roads were getting bad. Rachael asked me if she could get a head start back to town in her car, and if something went wrong, asked if I could help her. Of course, I said sure and called Bethany to tell her about what was going on.

Not 15 minutes later, Rachael called me. The highway onramp was closed and she wanted to know if she could come back to the office and if I could help her. Of course, I said yes, and that’s basically where the story starts and basically ends. That was three hours ago. 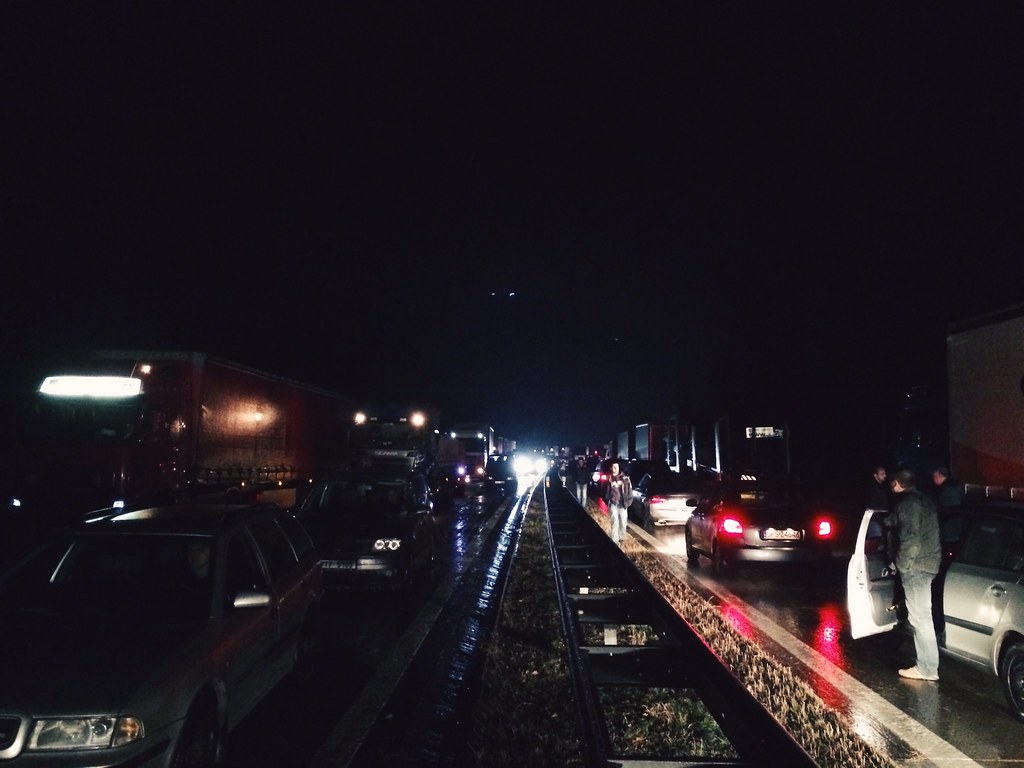 When I got to my car it was literally frozen solid. There was ice covering the entire thing and icicles hanging from the sides. It took about ten minutes to warm it up and scrape off. By this time the onramp had reopened and Rachael didn’t trust herself in this ice so I decided she could ride with me. Off we went going slowly on the highway knowing that there was ice between our tires and the road.

Since I began typing, we still haven’t moved. It took us about an hour and half to go about 16 miles and that’s how long we have been sitting still. We saw people literally sliding on the icy sidewalks and multiple times we have stopped for 10-15 minutes each. Police have snaked their way through the traffic a couple times now, and the second batch had an ambulance following. I don’t know what’s going on ahead of us, but I assume people got hurt.

It’s 10:30pm. We’ve been stuck for over five hours and apparently the road is closed in both directions. We got a text from a Czech friend telling us they’ll be closed until at least midnight. I’m going to try and post this blog from the car via my phone and see what happens. I will either update it throughout the night or just try and post more about it tomorrow.

Here are some photos from the adventure (captions below each): 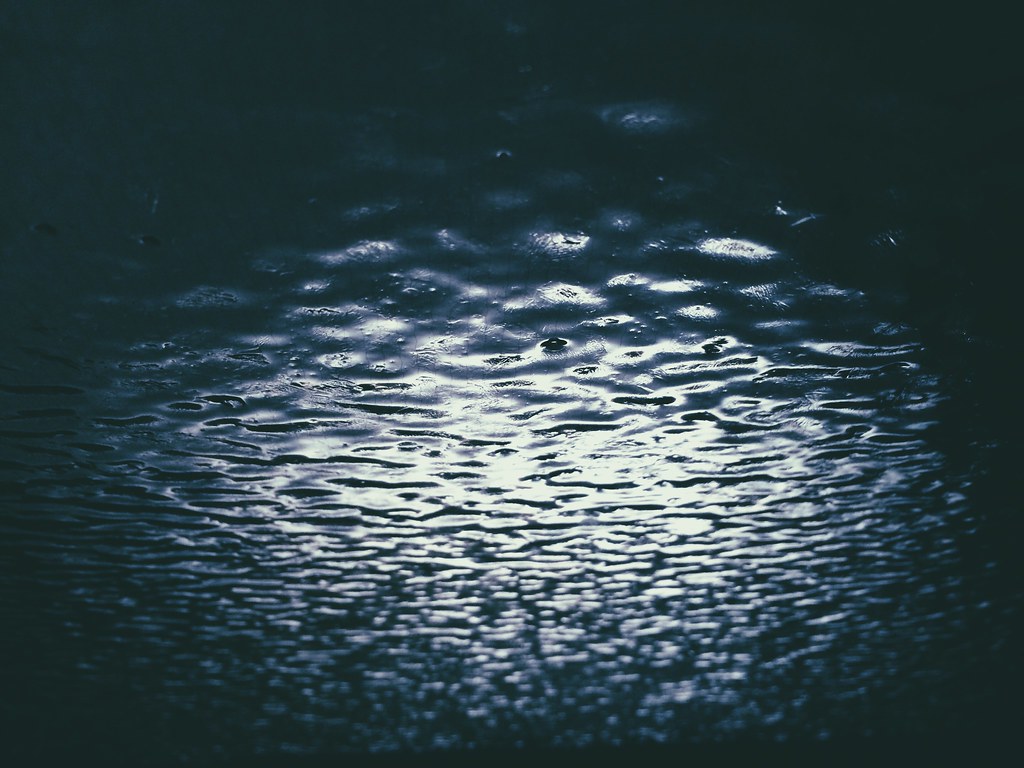 This was my frozen windshield as I got into my car around 5pm. 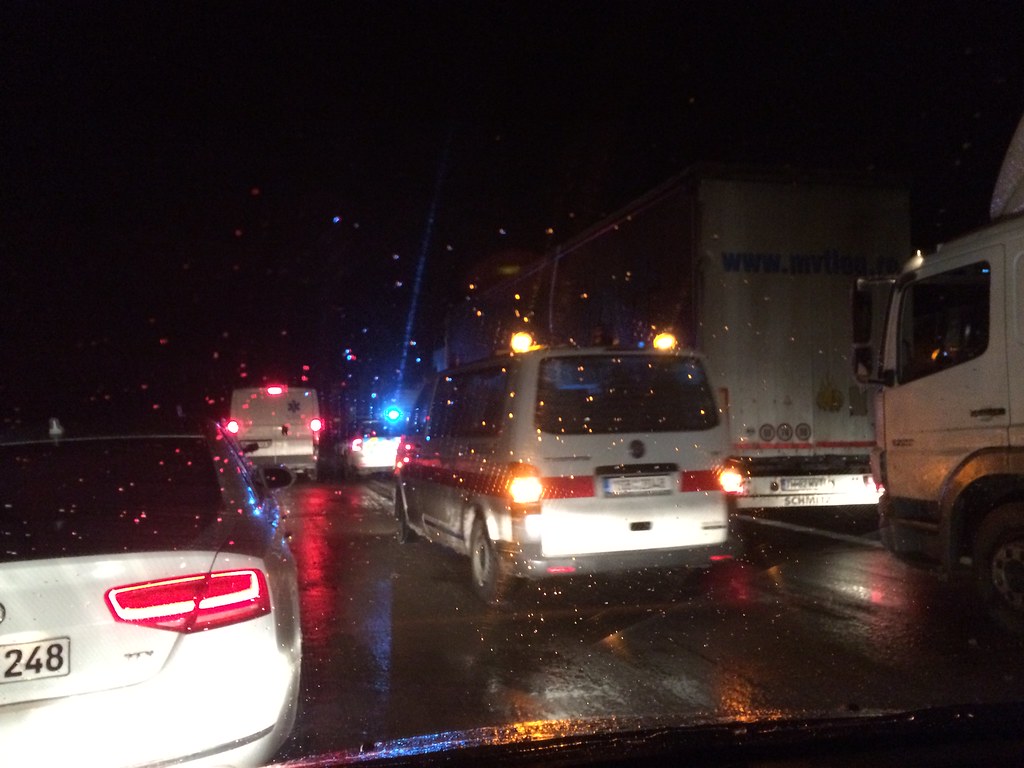 Here’s an ambulance squeezing through traffic. 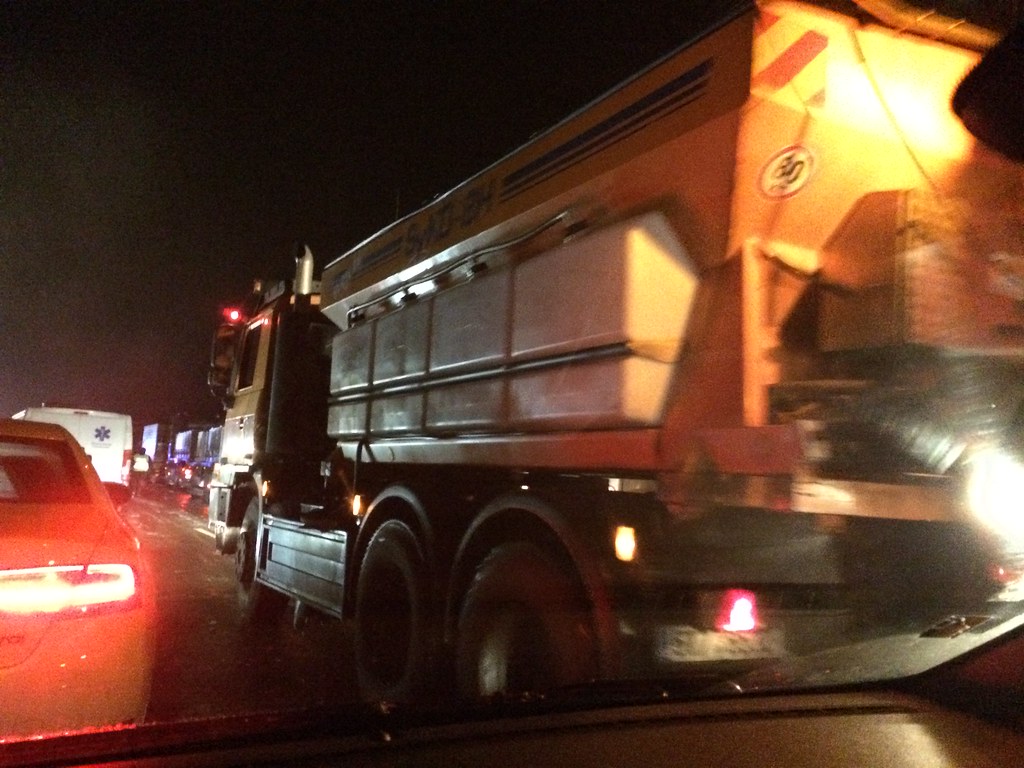 This is the salt truck. It got so close to our car we could high five the driver. 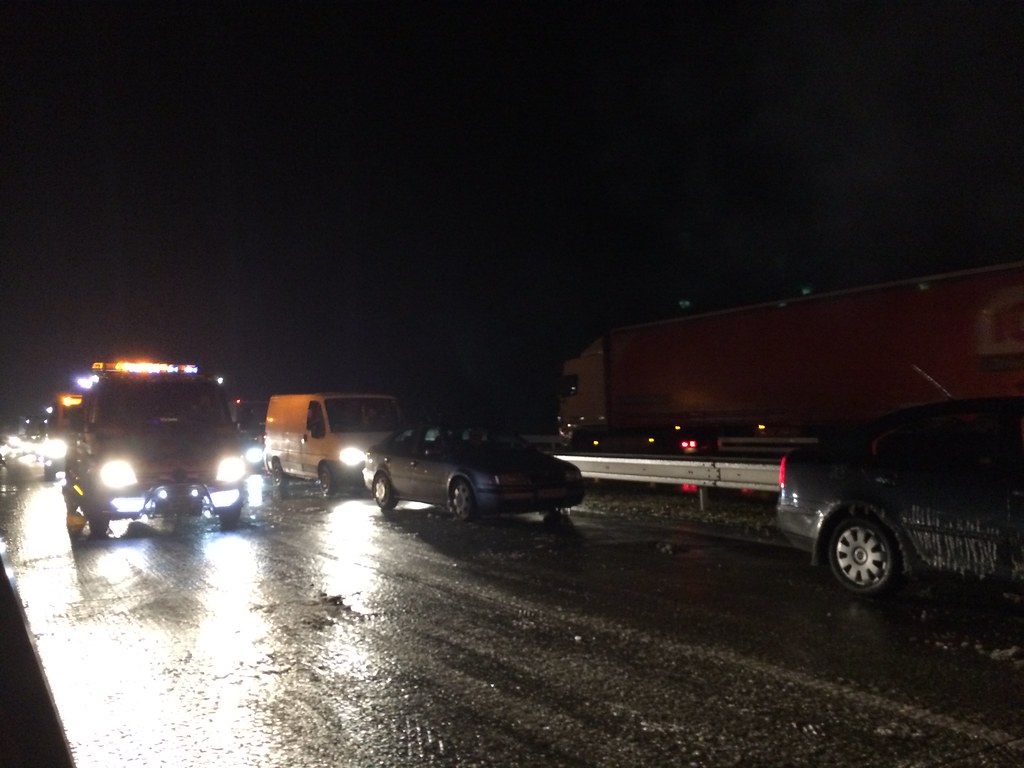 More police clearing a space through the already tight traffic. 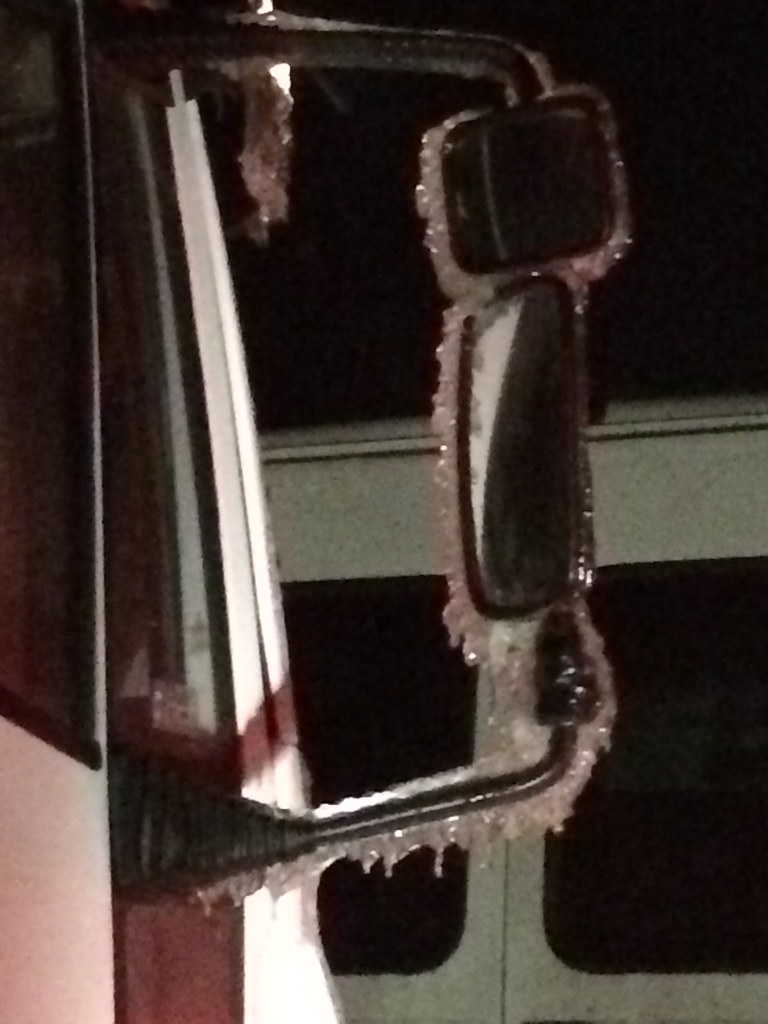 This is how all the trucks looked…icicles! 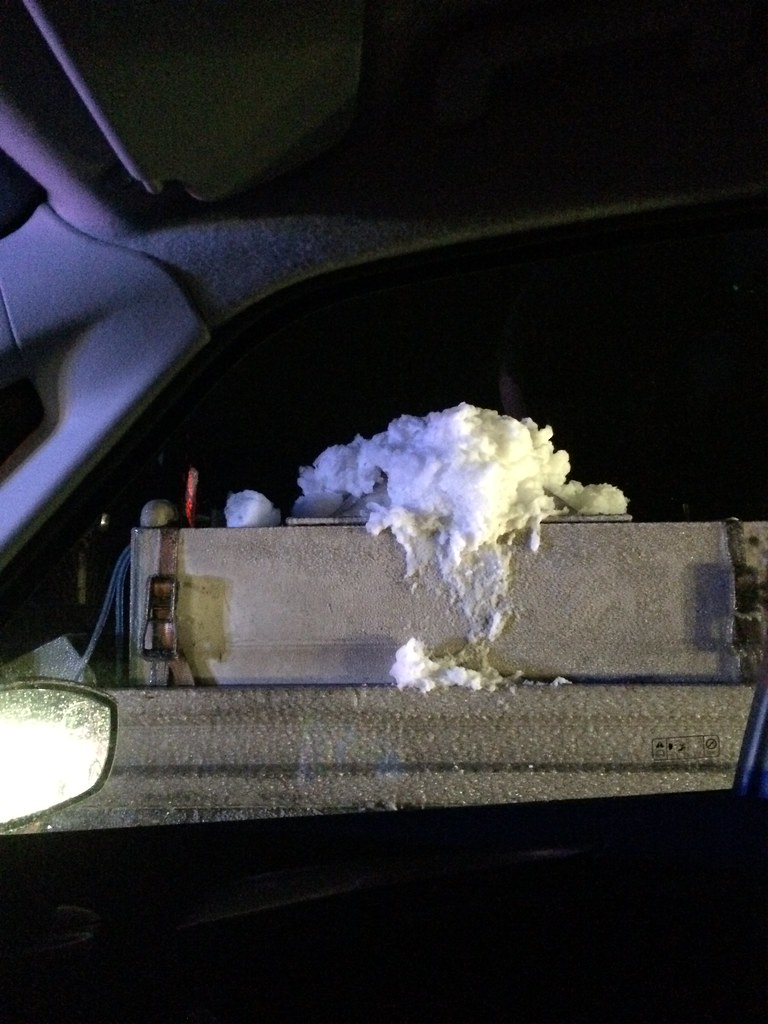 Not sure how this truck got snow on it? It was the only car we saw like this.