I was back at church this morning by myself because the kids were up most of the night coughing. I asked Bethany if she wanted to go and I stay with the kids, but she was up most of the night attending to them and was really tired. So I was by myself for the second week in a row, but I guess this really isn’t much different than some weeks we had in the States. 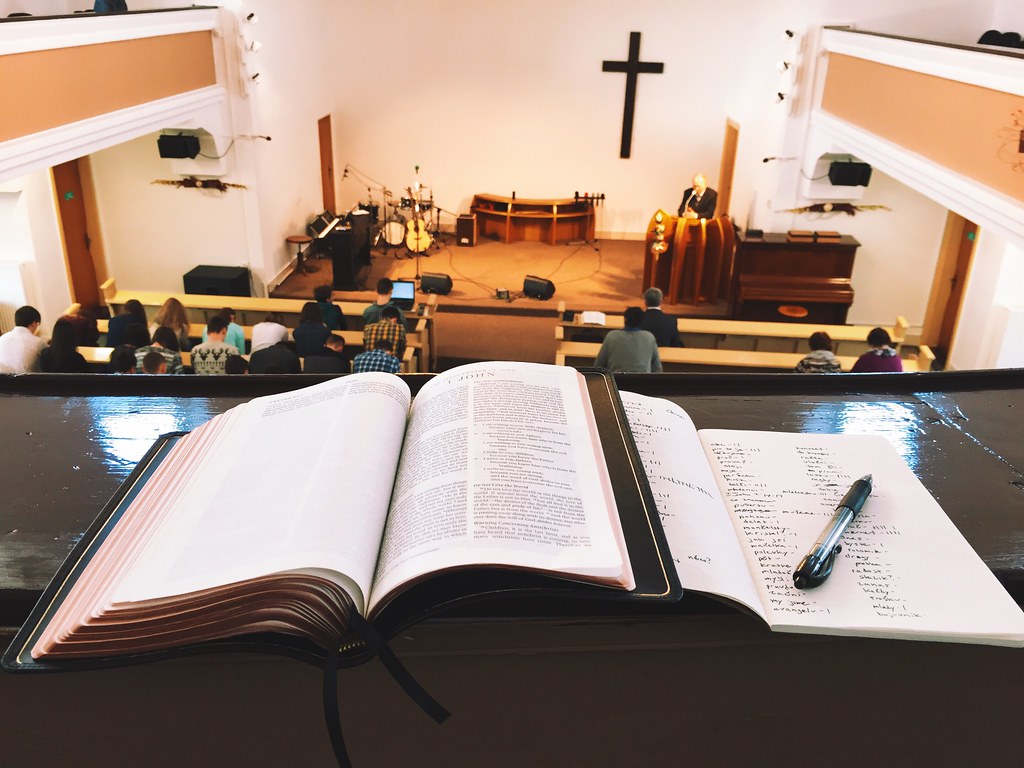 I shared last week that I’m changing the way I approach church here. Instead of trying to get what I can out of the English translation of the sermons, I’m just approaching the morning as a language learning opportunity. For now, this means I’m writing down every Czech word I can hear or understand and marking it a little notebook. As I hear the words repeated I put a hashmark next to them.

Today I heard 122 individual words. We had a guest speaker who I believe is a pastor from another church, but I’m not really sure about that. The word I heard the most was “Kristu” (a form of “Christ”). I also heard “children,” “father,” “youth,” and “now” a lot. At one point I understood we were turning to 1 John, but it wasn’t until it came up on screen that I knew what the reference was. Here’s the passage the pastor read from:

That’s 1 John 2:12-14. I guess it makes sense that I heard those words the most. I assume because they were in the text that he was just referencing those words more often. The pastor seemed very passionate about what he was saying. There were a few moments where he was choked up and couldn’t talk. Maybe he was sharing some of his testimony? I also observed that he was making people laugh, even just shortly after showing his own emotion.

Even though I don’t know what exactly was what communicated, I’m learning that simply by listening and making notes I can actually start to make clearer distinctions in the language. Much like doing Bible study where you observe what is written first before going deeper, I’m trying to observe and just listen to Czech. I’m even starting to pick up more on the cadence of the language. It’s weird to feel like an outsider with the language, but I know this is just for a time.

As for the rest of the day, we’ve been taking it easy this afternoon and mostly resting. It’s almost dinner time and Bethany made cookies for dessert! I’m off to enjoy that and the rest of our evening.