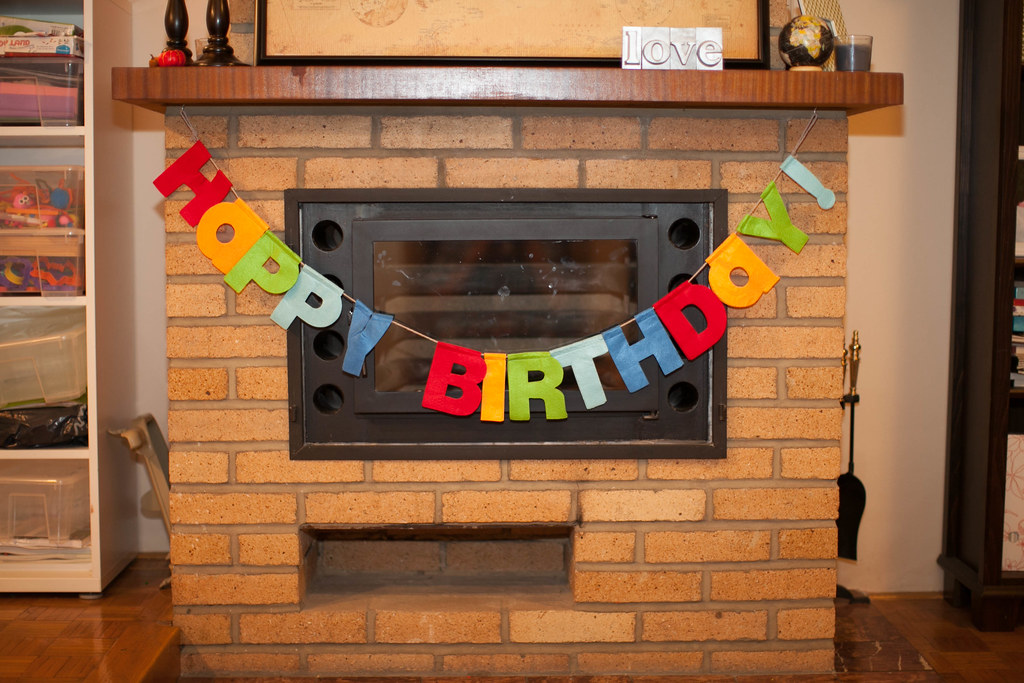 We enjoyed a wonderful celebration today of Avery’s little life and were blessed by many friends joining in the fun. As I wrote yesterday, Avery’s birthday is actually next Saturday but with Thanksgiving and traveling many people weren’t going to make a party the weekend after the holiday. So instead of trying to make that work we decided to move it up a week and enjoy a little party today. Bethany did a great job getting things ready and this morning we put the final touches on our apartment to get it ready (mostly just cleaning) and everyone came over around 3pm.

Before I begin with all the photos and stories, it’s fair to note that today actually started very early when Papa and Nana video chatted with Avery and she opened their gift which was mailed from the States. I was actually asleep while Bethany and the kids did this, but Avery loves her new Elsa Frozen doll. Thanks Papa and Nana!

Here are the photos and story from the party with captions below each. 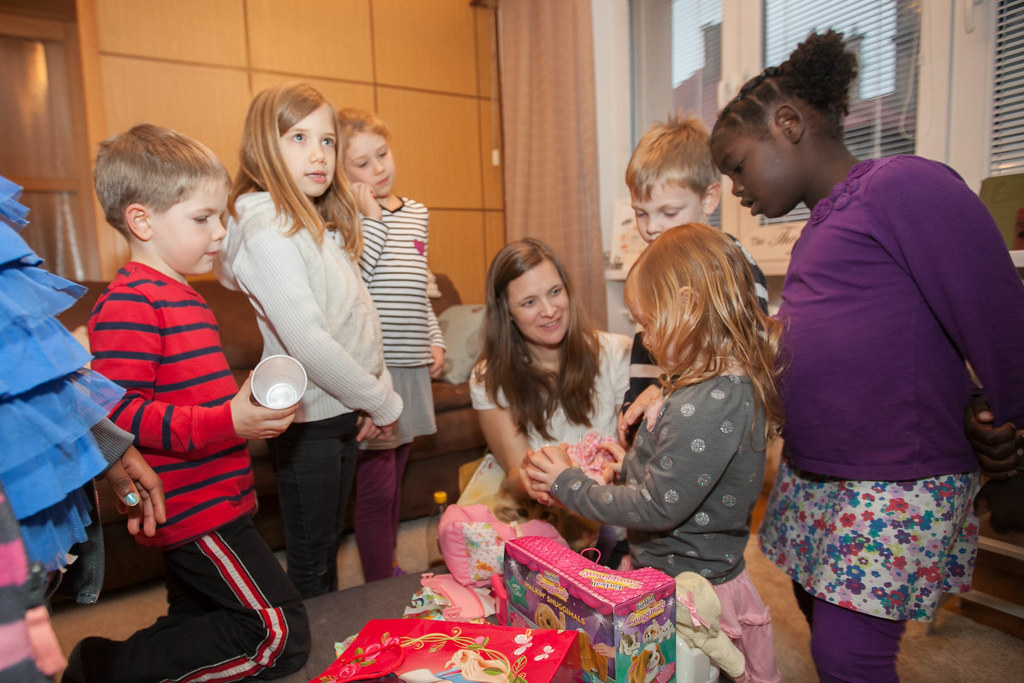 Here the kids are gathered around Avery while she’s opening gifts. The “Czech way” (as we’re told) is to open the present right as you receive it which is basically what we did as people arrived (as opposed to having a large gift opening time during the party). The kids of course were really excited about each present and I think when I captured this photo there was a line of people waiting for theirs to be opened. 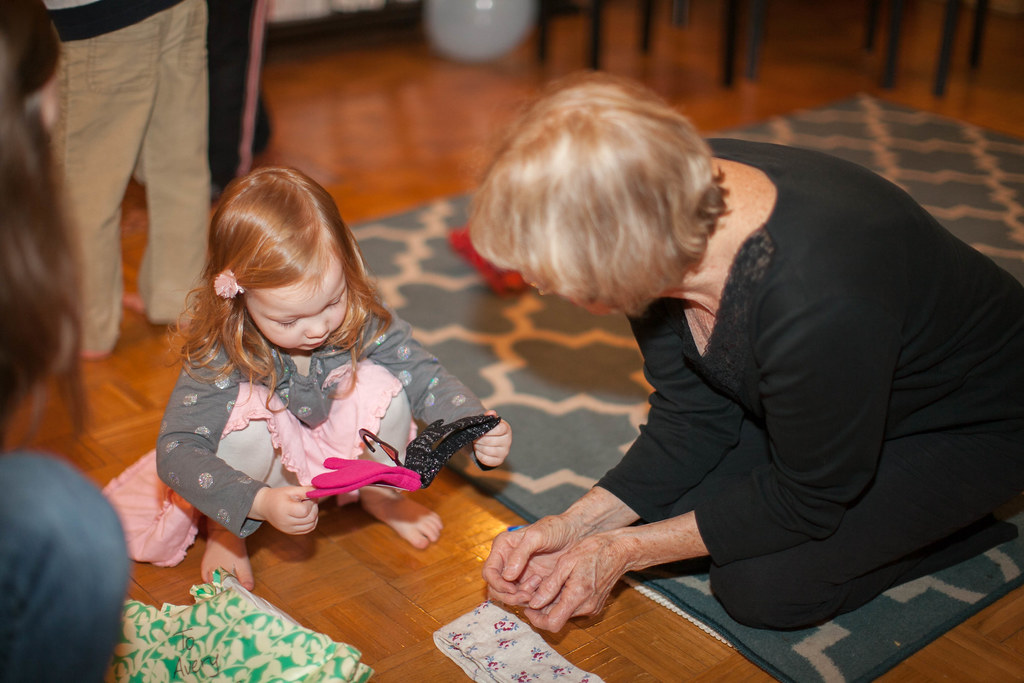 Here is Avery opening some new gloves she got from Josiah Venture’s resident grandma, “Grandma Linda,” as everyone calls her. She’s actually Kristin Yorman’s mom and she moved to Czech to help the Yorman’s with their autistic sons. Thanks for the gloves and tights! 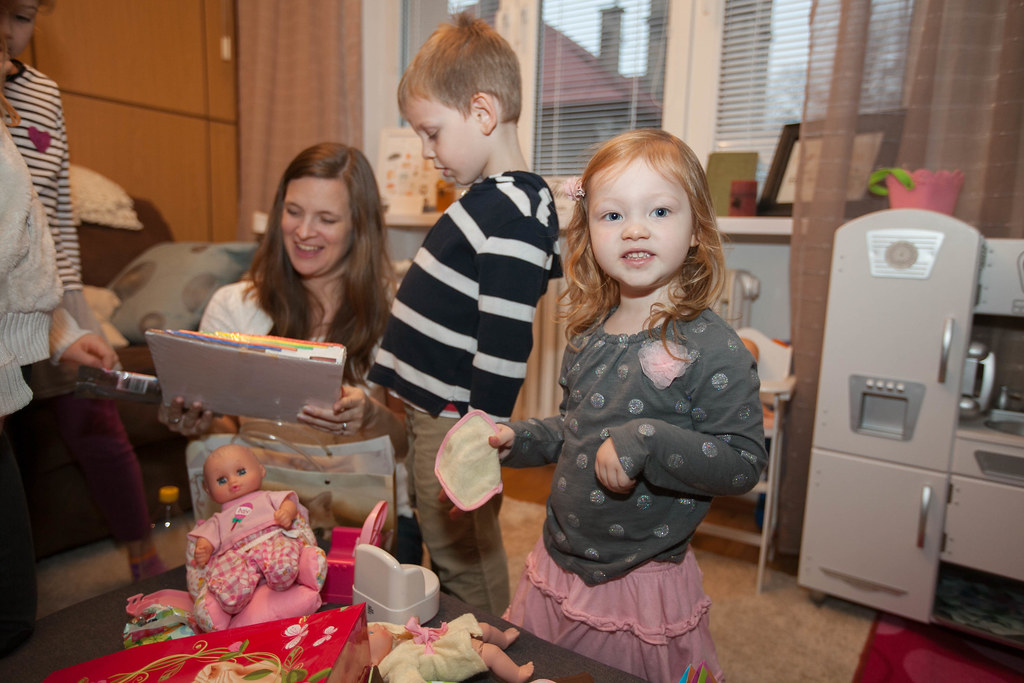 Avery was smiling and excited about all the new toys and gifts. She was very blessed and everyone was so generous. 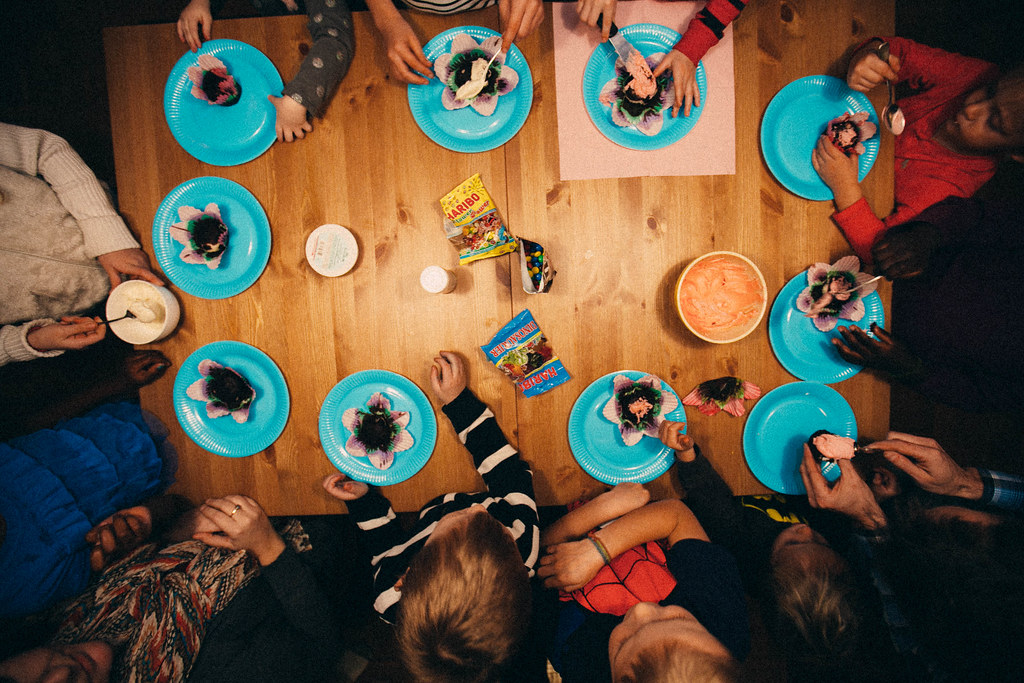 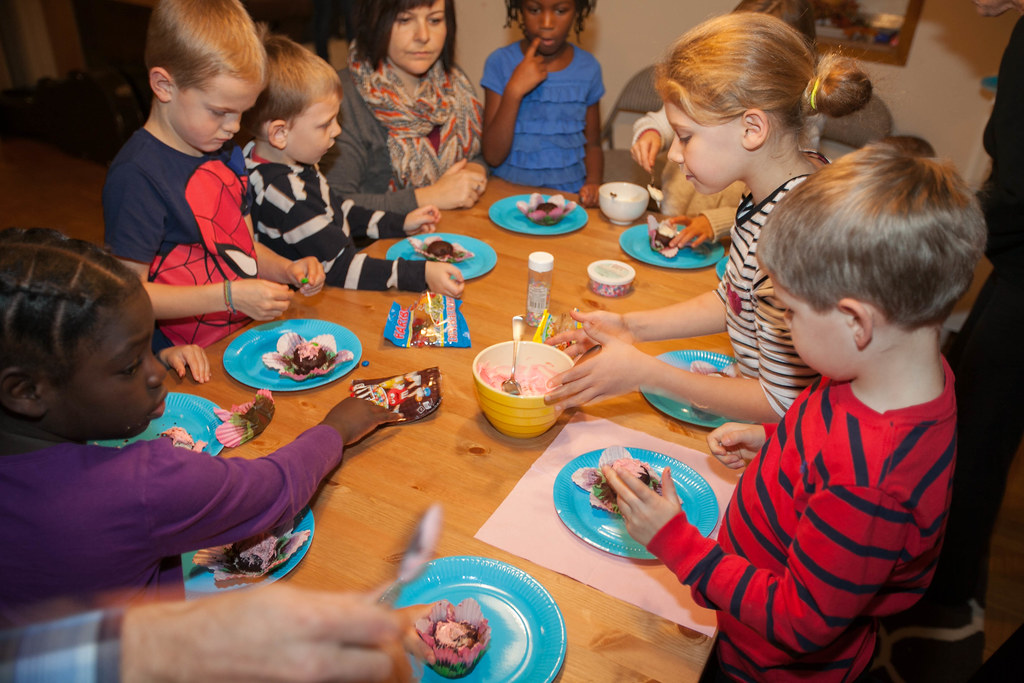 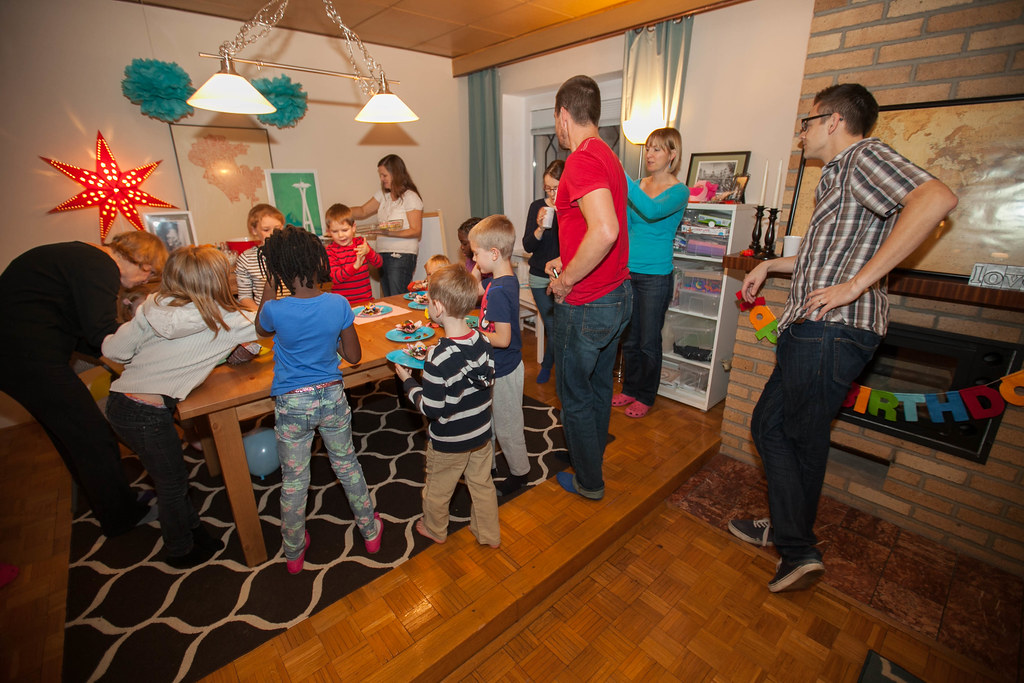 The three photos above are from the cupcake decorating time we did with the kids. The table almost wasn’t big enough to get all the hands and plates in there, but we made it work. The kids enjoyed adding their own frosting and putting gummy flowers and dinosaurs on top to their liking. Thanks to our friend Greg, you get the rare shot of me standing on the right. He told me, “Now your kids will have at least one photo of you.” It’s the classic tale that dad isn’t in any photos because he’s always behind the camera. Thanks Greg for keeping my memory alive! 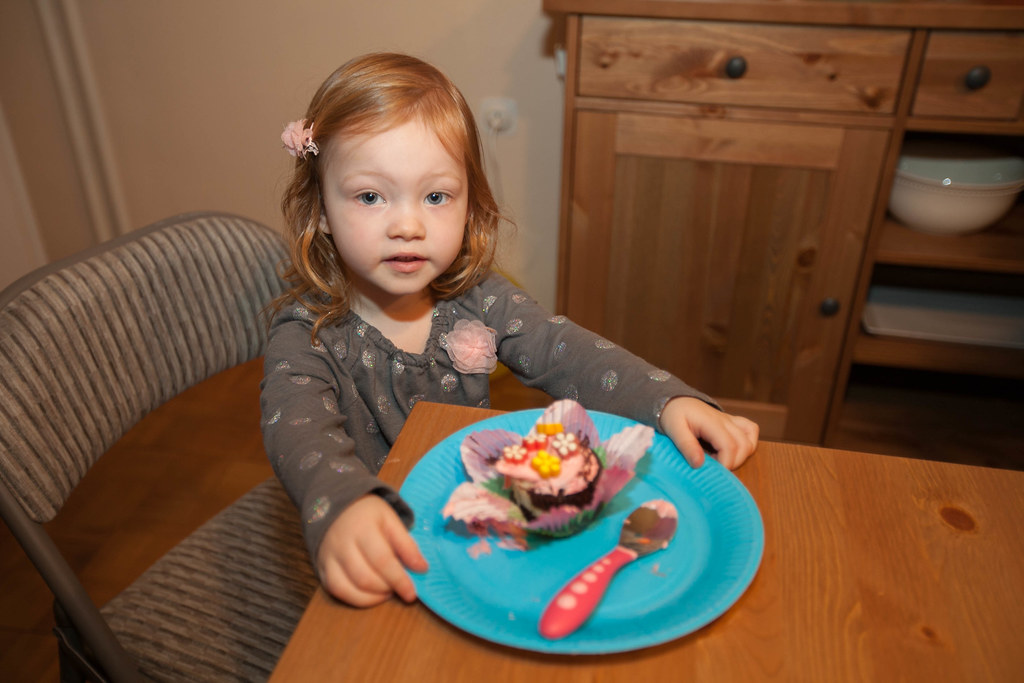 Here’s Avery with her completed cupcake creation. I realize she doesn’t look that excited but honestly she was! 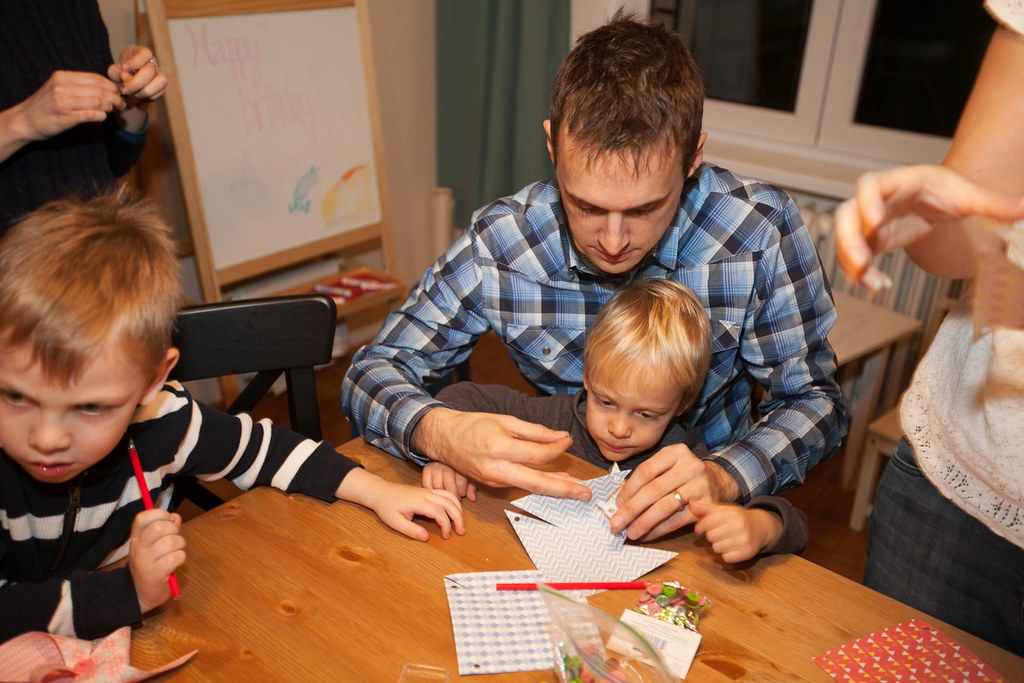 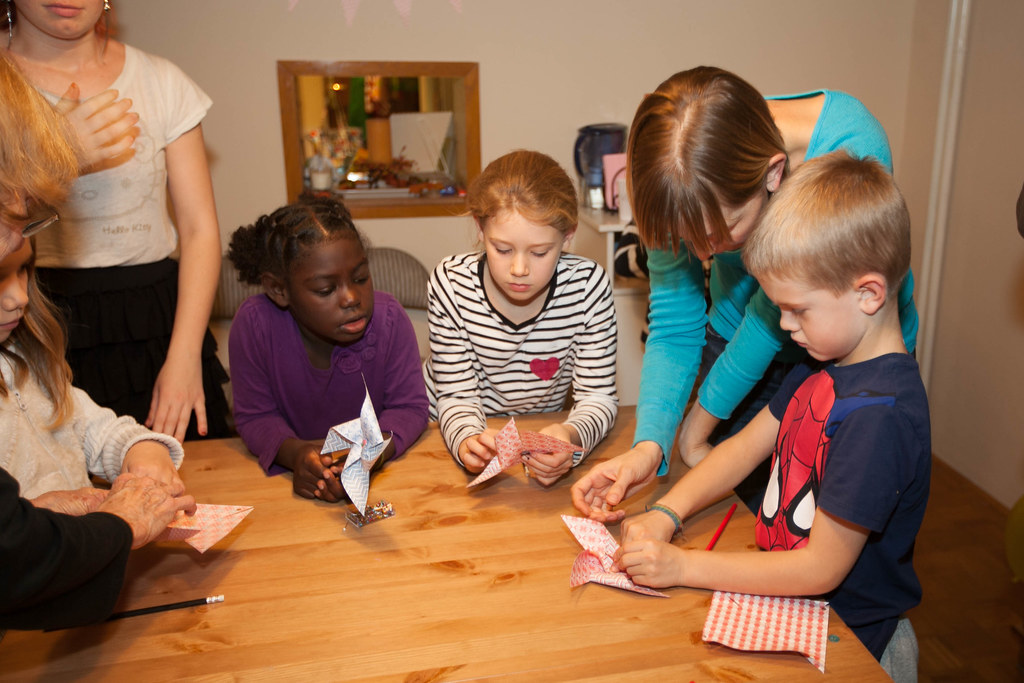 Bethany actually had scheduled a little craft for the kids to create some pinwheels. It proved to be a little more difficult for the younger kids so the parents were helping out a lot (like Brian in the first photo). But they all turned out pretty good! 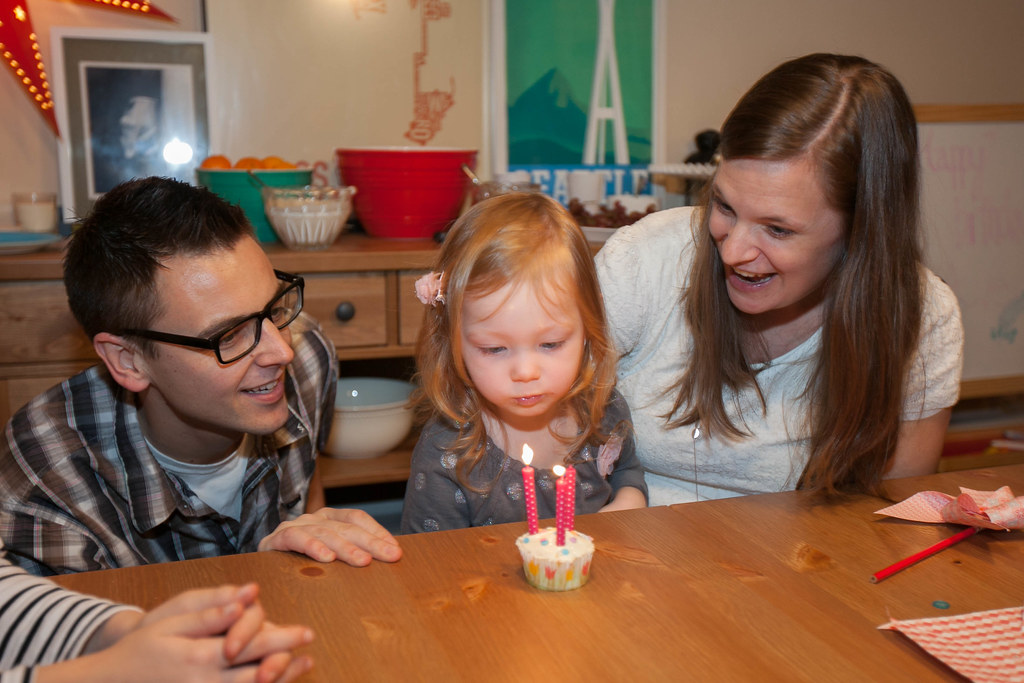 Here’s us with Avery as she was blowing out her three little candles. It took her a few tries, but she finally got them all blown out. I don’t want to dwell too long on this thought, but I’m starting to think that the reason we blow candles out is because that’s how fast it feels like the years go by. Bethany and I actually feel like Avery’s little years have gone at a good pace. We’ve had a busy year this year, but God has been gracious to make the time feel slow and we’ve been able to watch Avery grow. We’re thankful to the Lord for our daughter!

The party actually ended around 5pm and we were supposed to join our church’s youth group for their “American Thanksgiving” party. As we were walking out the door we realized our friends who had driven in from Poland forgot a baby bag, but they had already left. I called and told them we would meet them on the road so they would have it and we drove into Poland and met them at a gas station. I actually thought we would be able to turn around easily but this was not the case. The gas station was just off the highway, and there was no place to turn around and go back towards Czech. This meant we ended up driving (and I’m not joking) another 20 minutes into Poland until we could turn around. 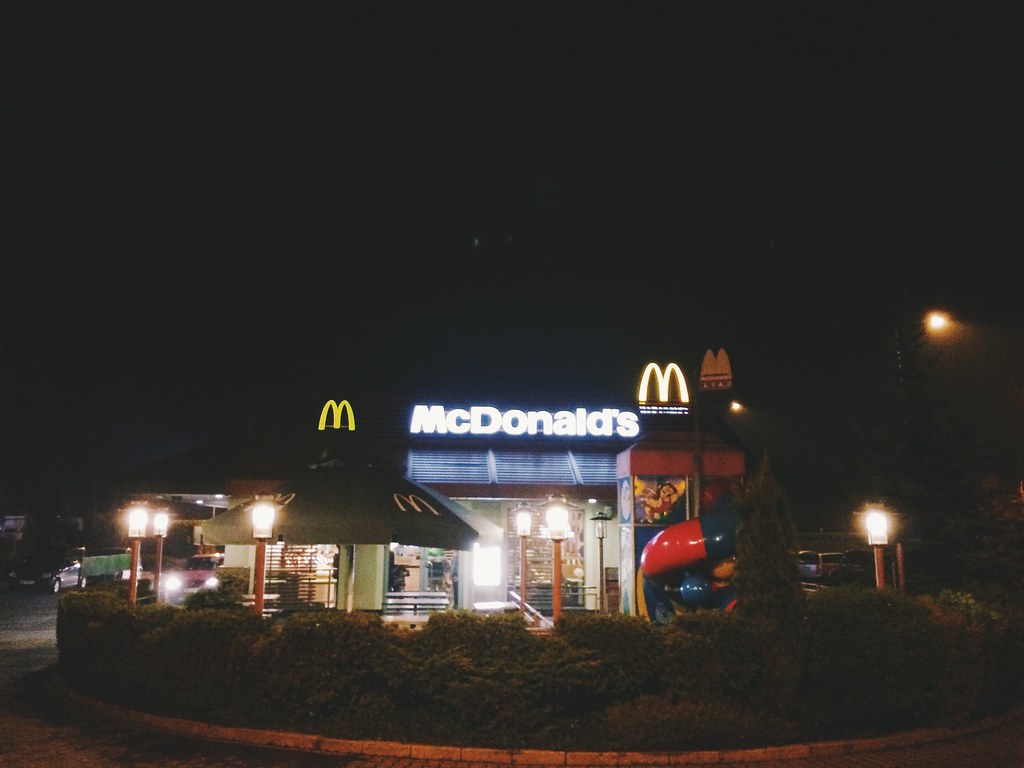 We figured we had missed dinner with the youth group and so we decided to eat at the McDonald’s in Poland and made a poor decision on driving through. Imagine an American family, that now lives in Czech, driving through McDonald’s trying to order in Polish (which we can’t speak a lick of). It took forever for us to order and I ended up having to walk inside to order the things that didn’t get communicated. Finally we got all of our food and headed back to Czech (another 25-30 minute drive). And yes, I got a photo of the McDonald’s.

About 6:45pm we made it to the youth group hangout which was a lot of fun. The kids were full of energy and were running around the room while all the students were talking and hanging out. We enjoyed talking with a couple of the students and staff and just being there.

At the end of the day, I’m thankful for how the Lord works out the details. Some things went as we had planned and some things didn’t (e.g. dinner in Poland), but it all went as God had planned. Awesome.