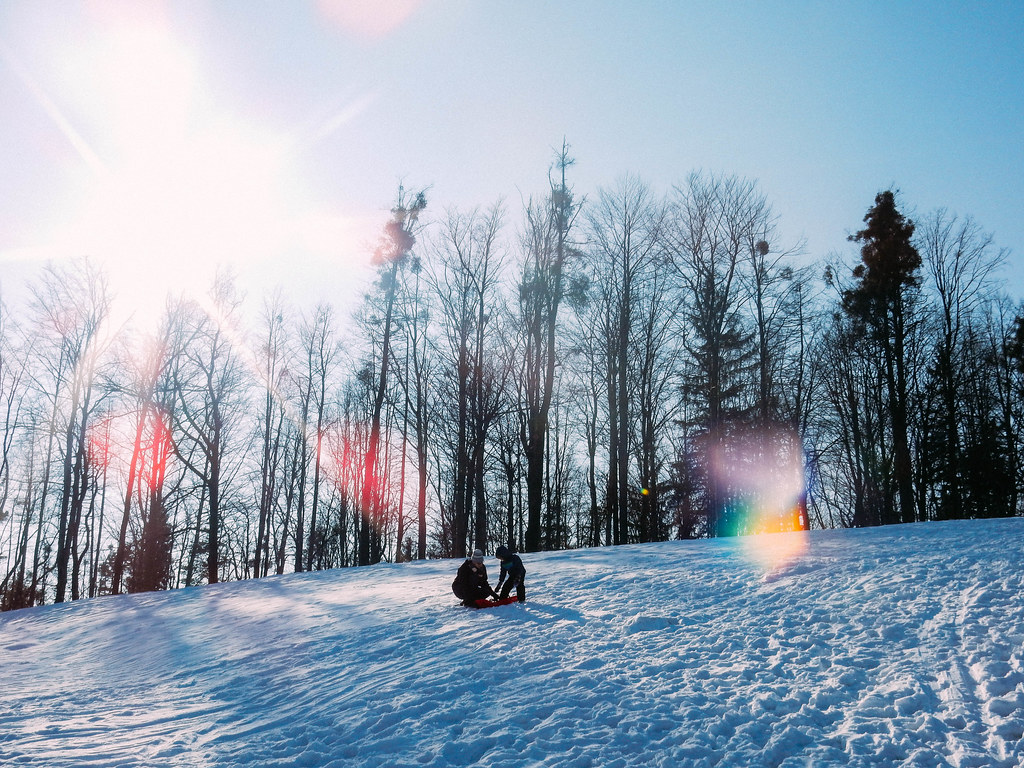 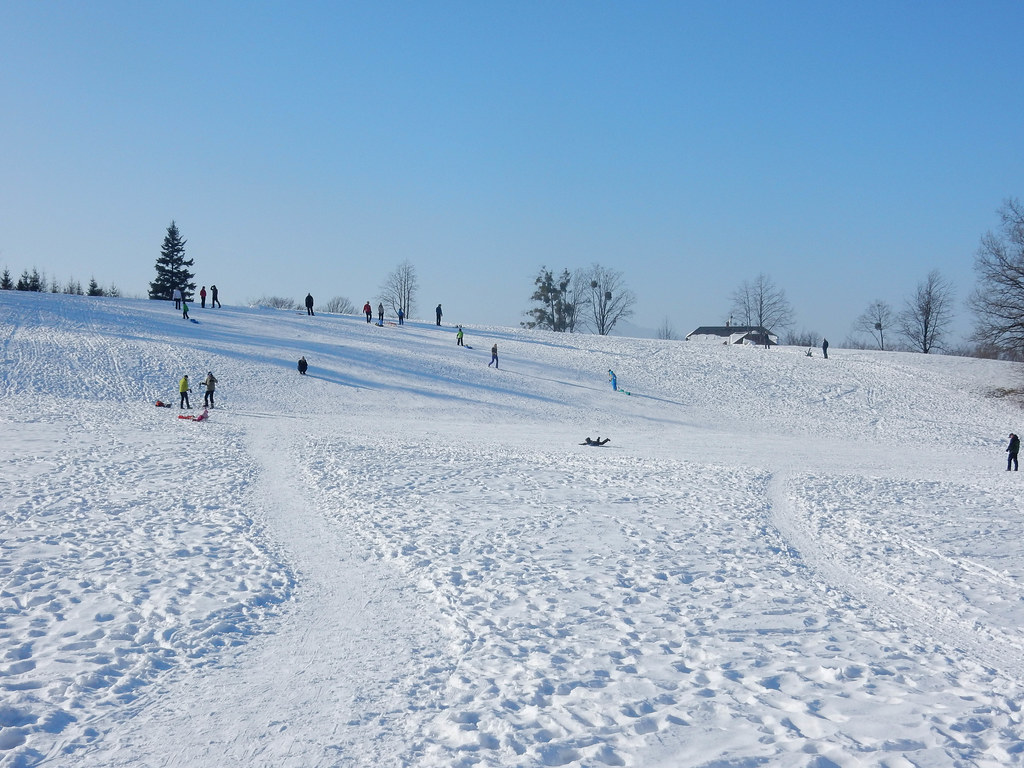 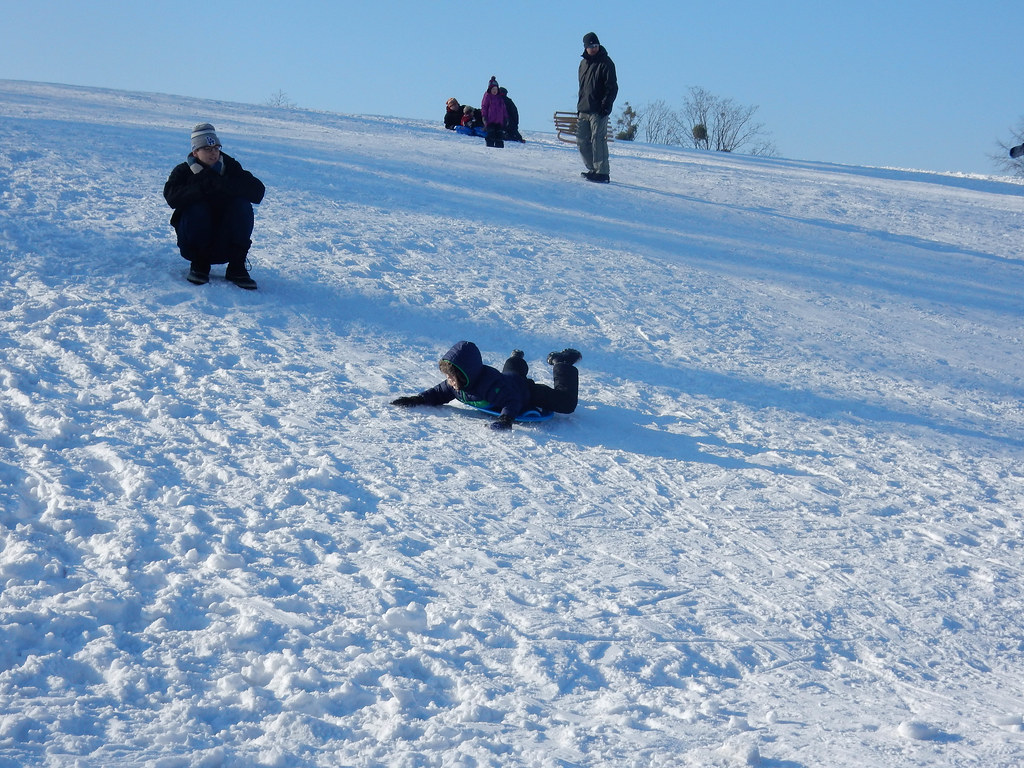 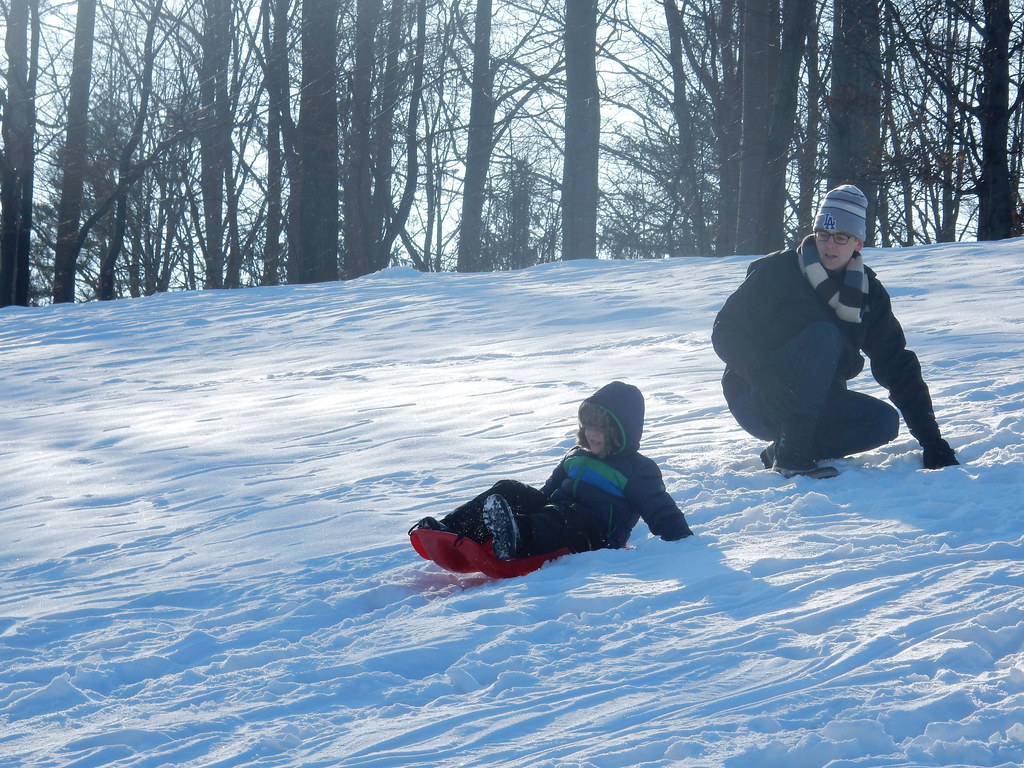 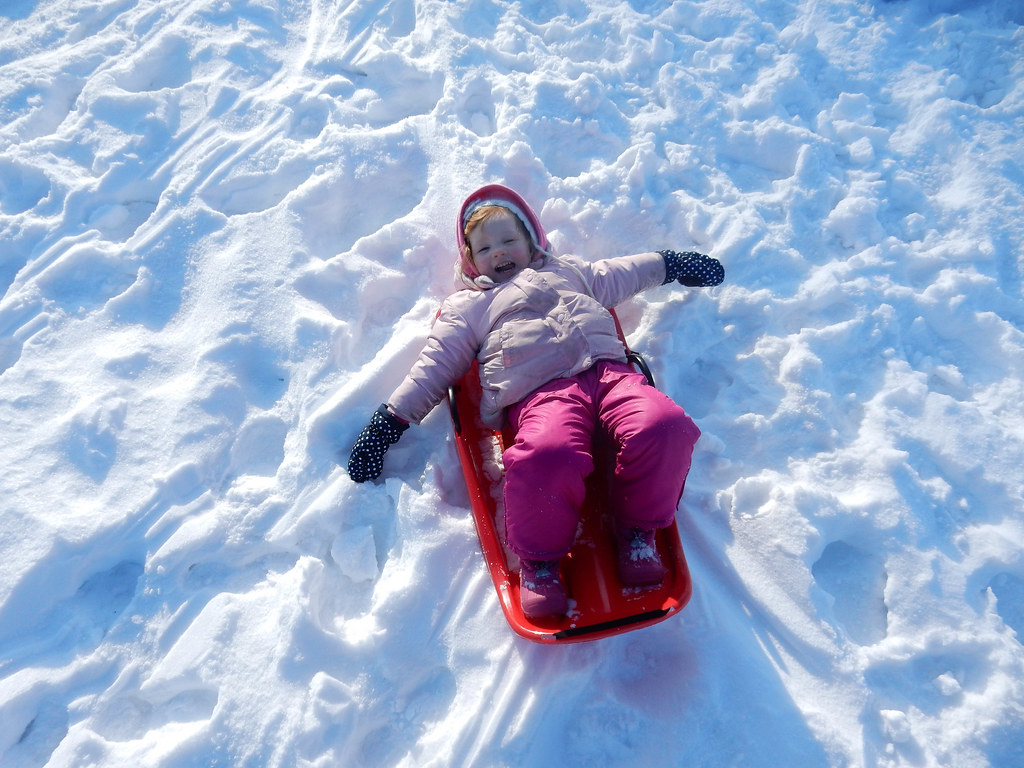 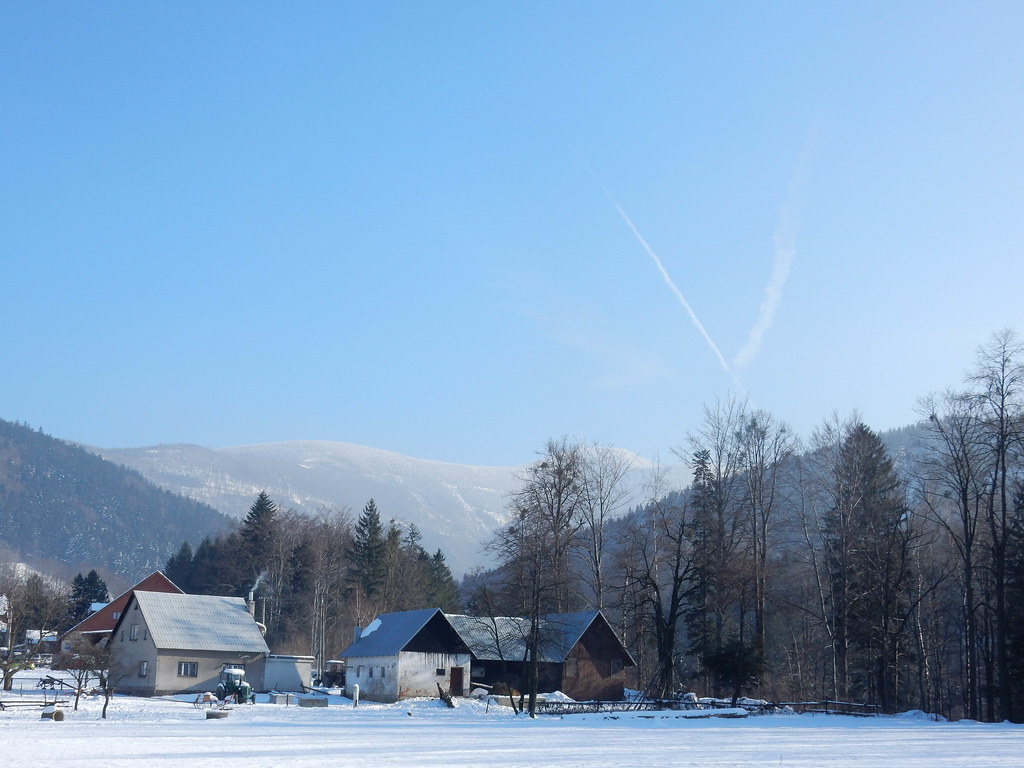 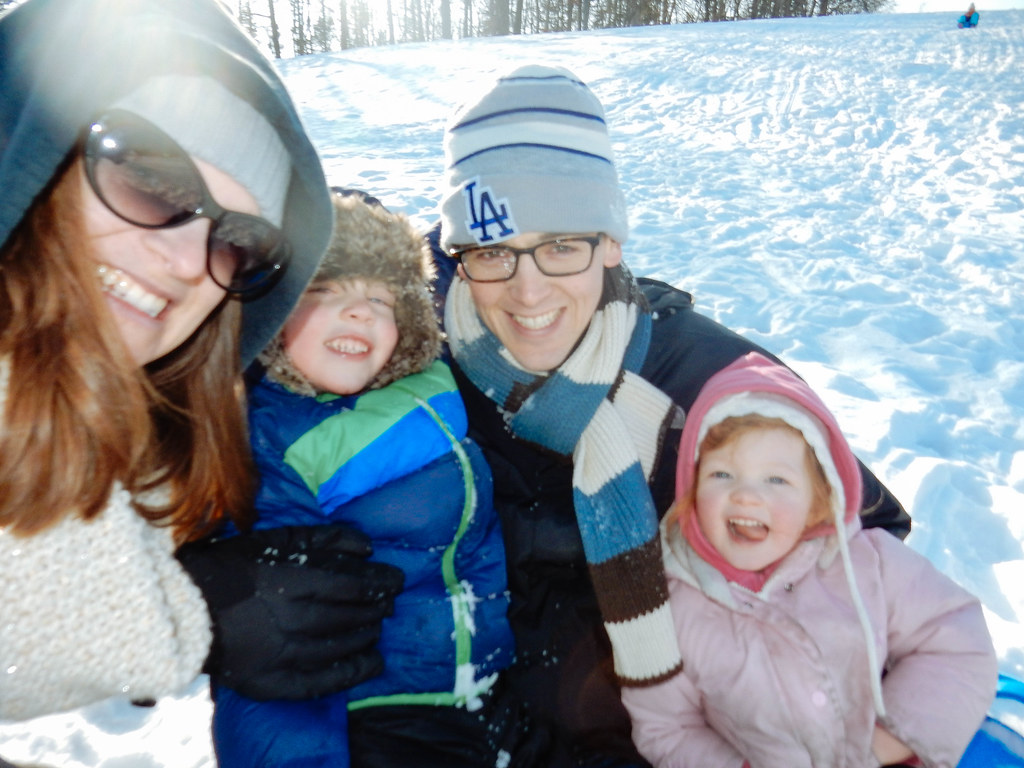 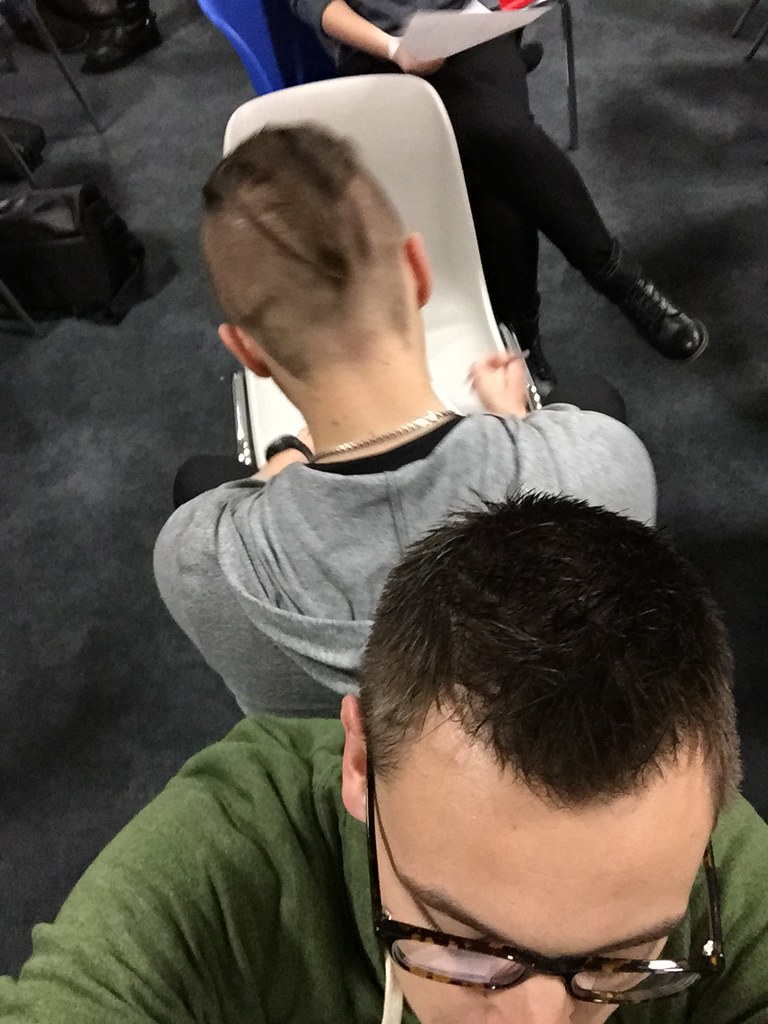 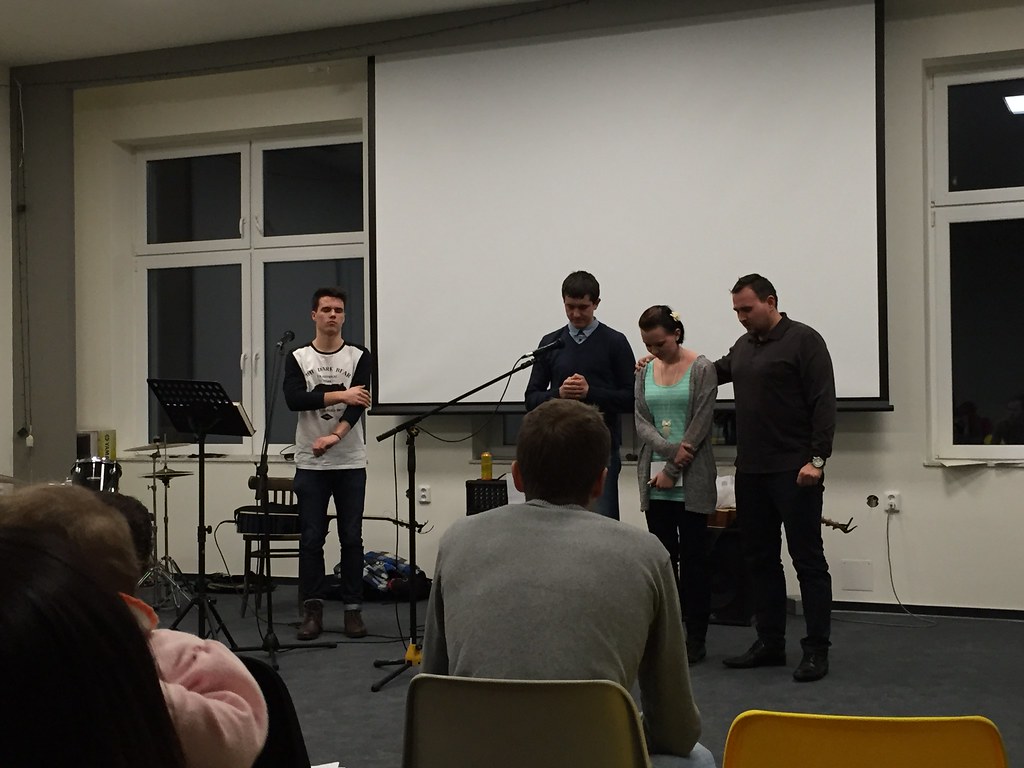 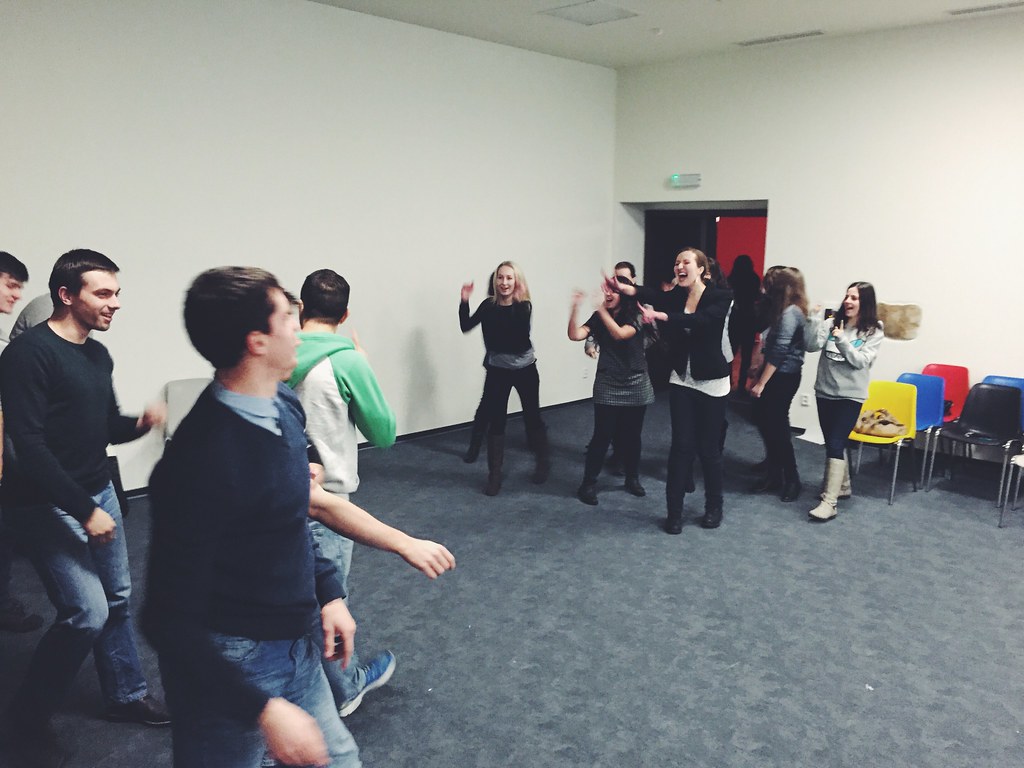 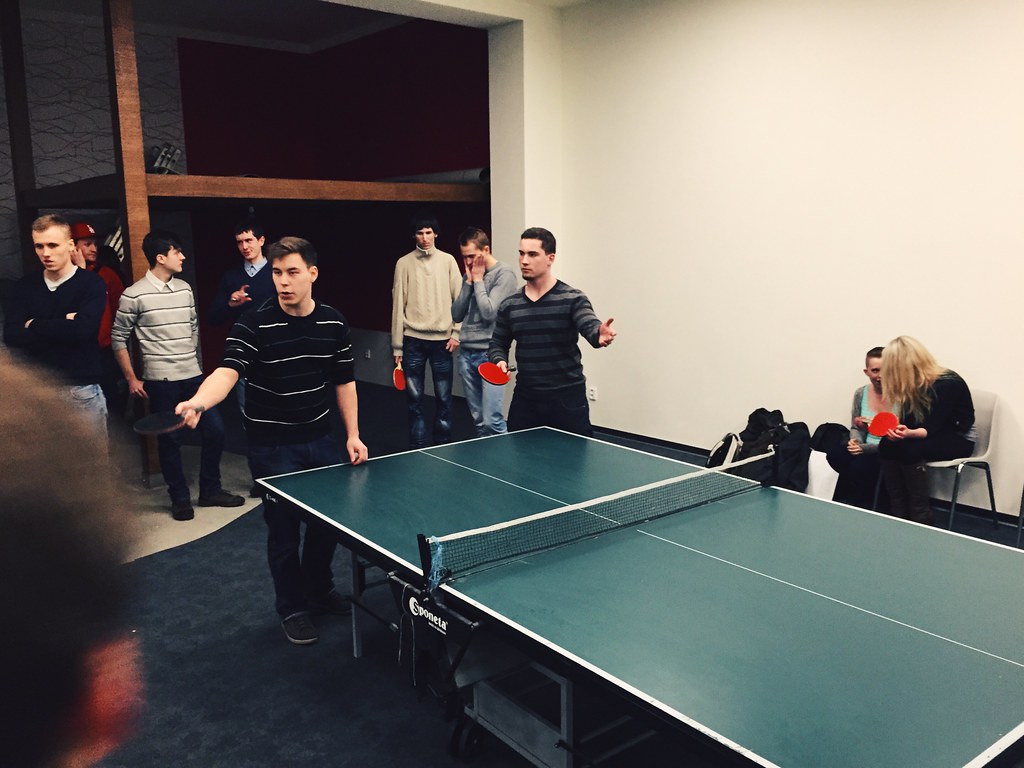 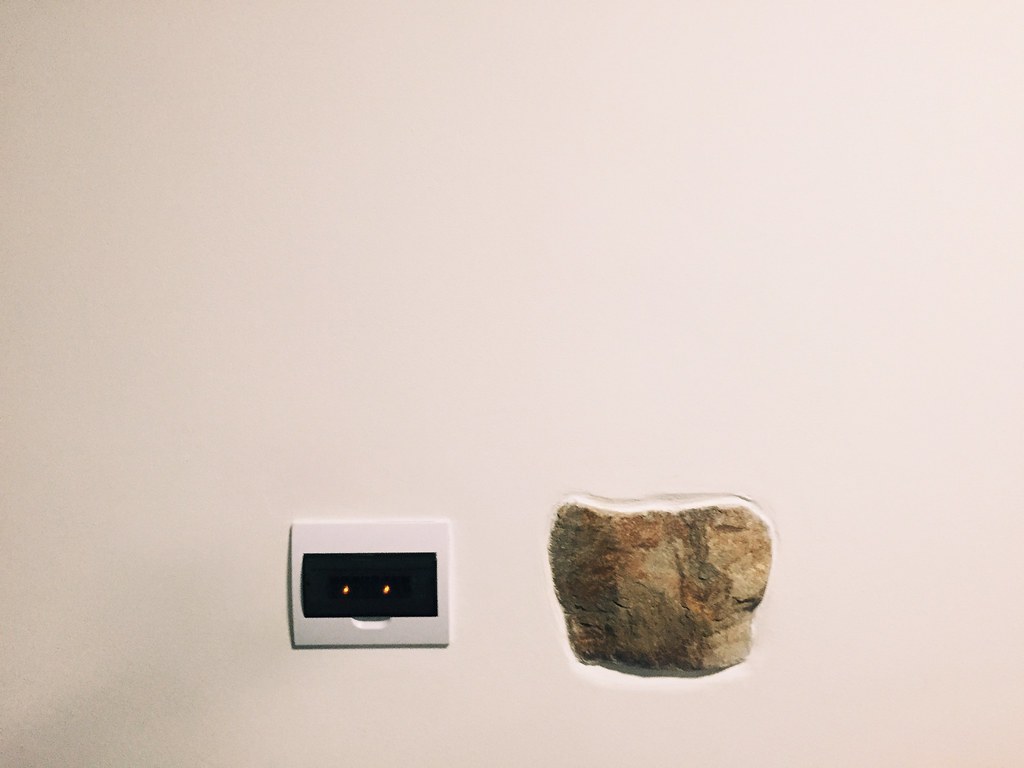 After yesterday’s 6 hour extravaganza, the thought of the driving back to the JV office was thrown out by the time I got home last night. In fact, we didn’t drive at all today and that’s mainly because the roads are still frozen. Well, the roads and our driveway. I walked outside this afternoon to bring the trashcans in from the street and realized that I didn’t really have to carry them back in, I could just slide them. That’s when inspiration struck! If the trashcans can slide, and I can slide with my shoes on, I bet the kids can slide! 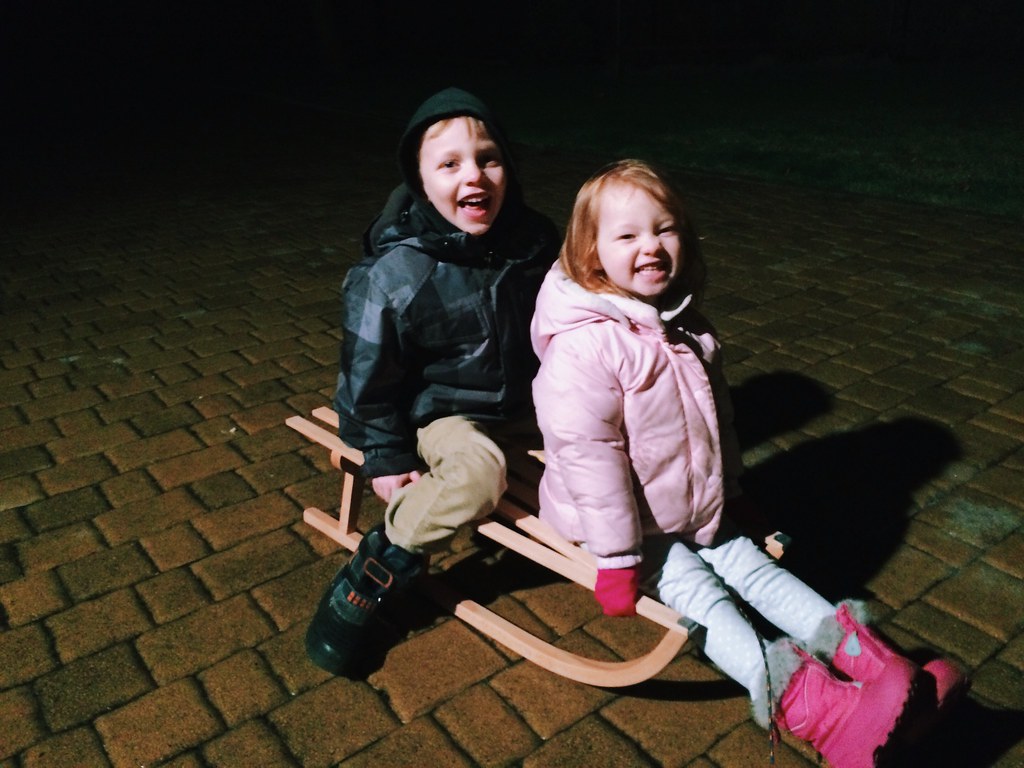 Bethany was hoping for me to bring in the Christmas decorations from the garage. The walk across the driveway was dangerous and the kids really wanted to come outside too. I remembered we had purchased a sled at the store a few months back that has wood with metal on the bottom. It slid wonderfully across the driveway so I loaded the kids on there and we did laps around the yard. The ice was probably a half inch thick and it’s still below freezing outside so it wasn’t breaking at all. After a few minutes I slid the kids into the garage where there’s no ice and dropped them off. Bethany and I loaded Christmas decoration boxes on to the sled and I slid them back to the apartment. We had a lot of laughs and fun and here’s a few photos: 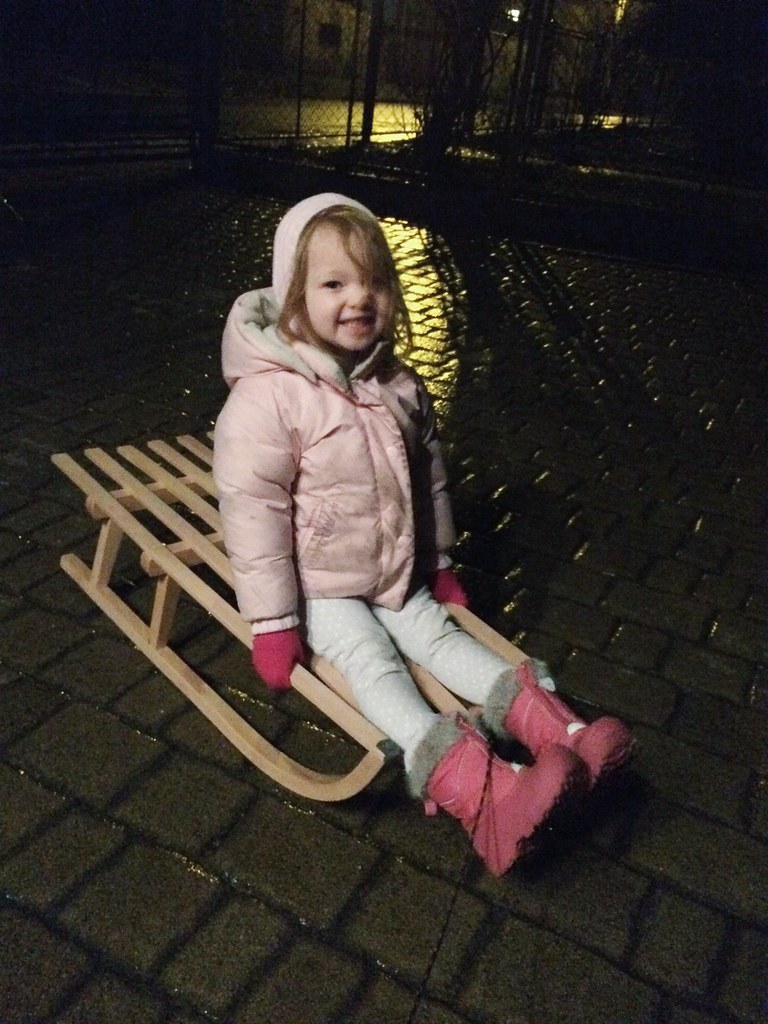 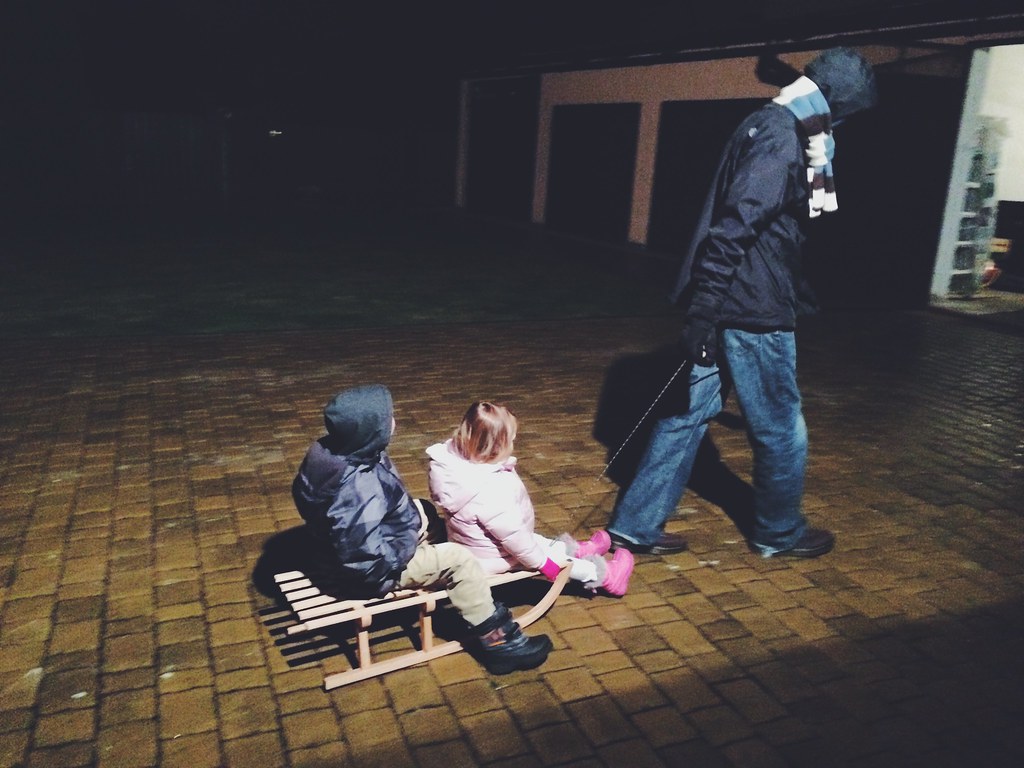 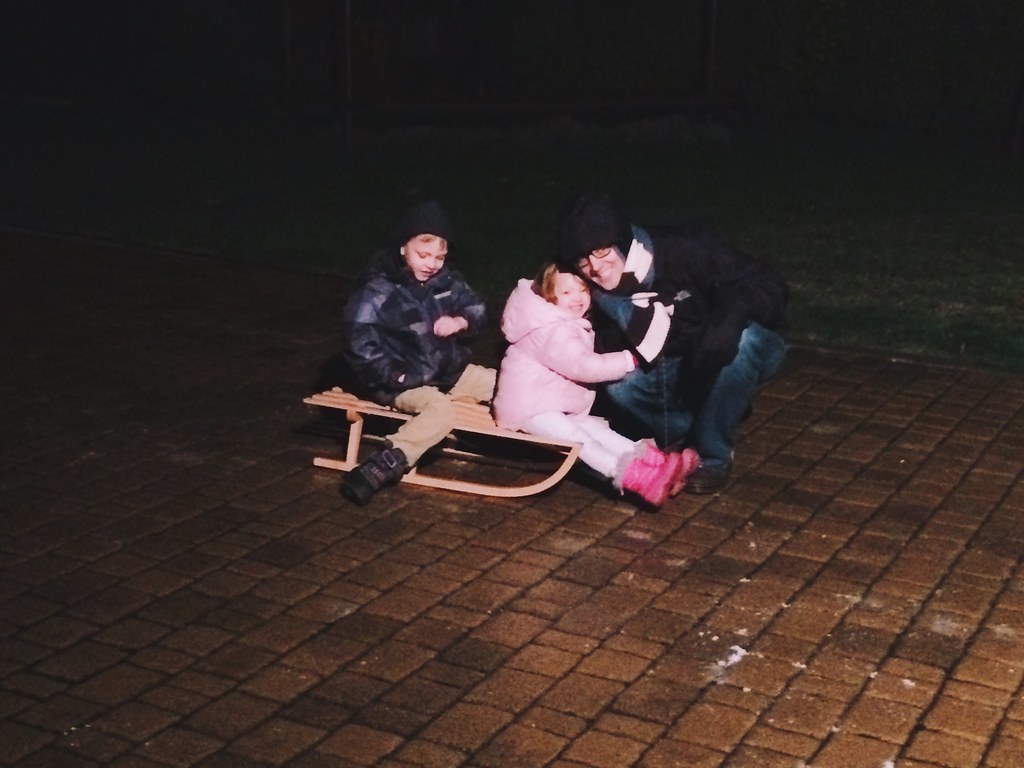 Once we got everything inside, we began to unbox a few things and casually start decorating. We’re hoping to go buy our Christmas tree this week (maybe tomorrow). A few years ago Bethany found a Playmobile nativity scene at Goodwill. We haven’t set it up in year’s past because the kids were smaller and the pieces are too small for really young kids. But this year we got it out and hand fun setting it up with Titus and Avery. Here’s some photos of the scene and the kids playing: 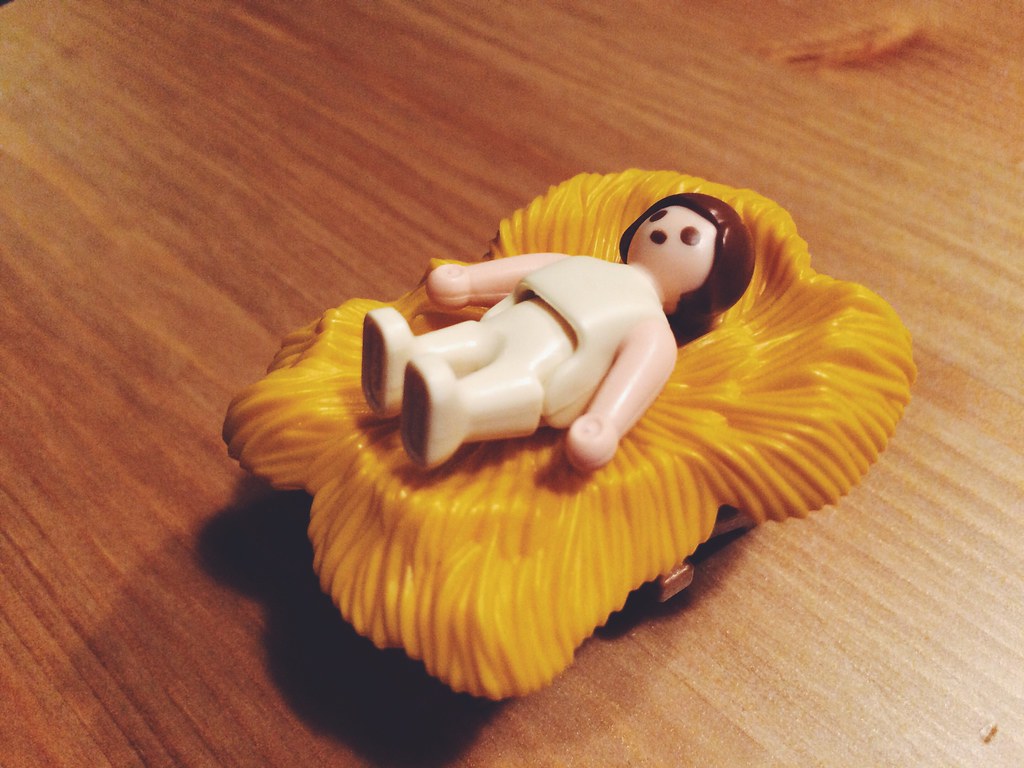 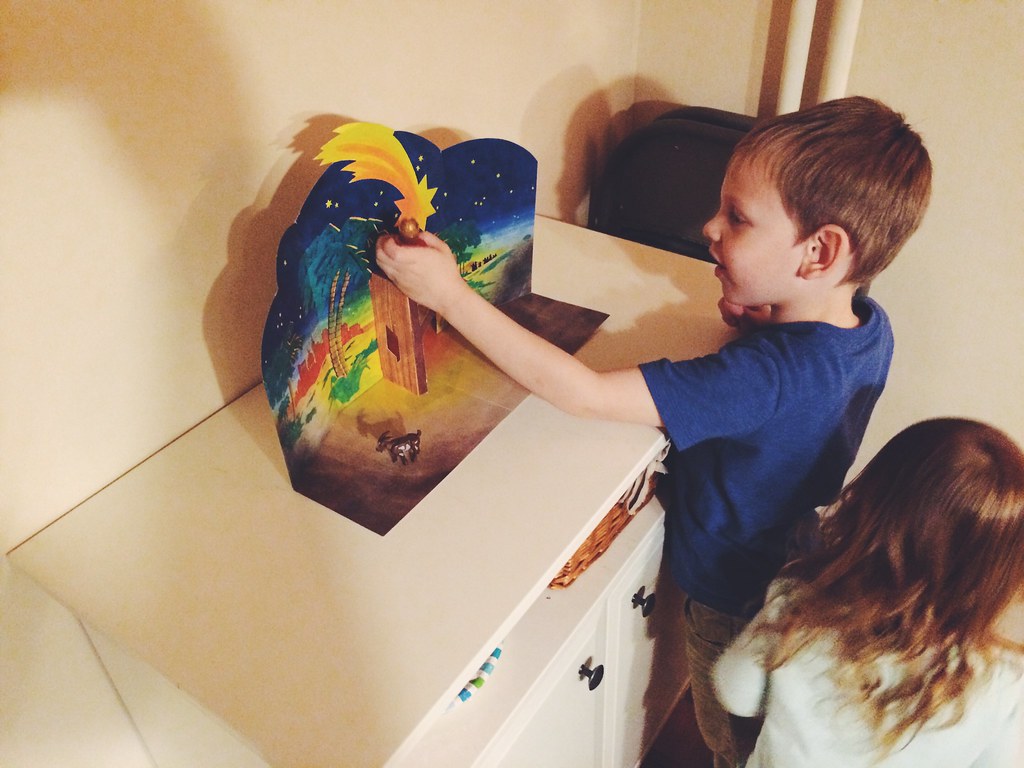 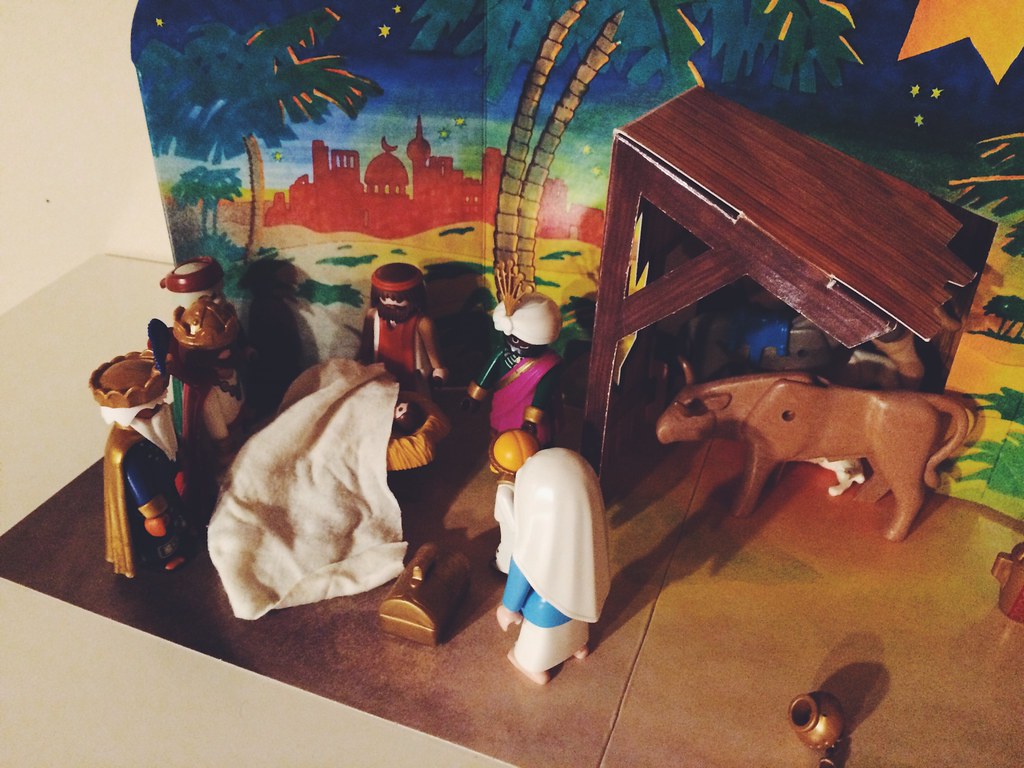 Avery was really excited about the baby Jesus. She was taking care of him throughout the night and making sure he had his “blankie.” Before we put the kids to bed Avery had grabbed Jesus and his blankie and said, “Can baby sleep in my bed?” It was hard to say no to that, but Bethany explained that he was just too little for her big girl bed. So Avery quietly returned him to his place in the manger…with his blankie, of course.