I always have meetings on Monday morning and today I was running just a few minutes behind so instead of walking Titus to school I actually drove the car around the block. It’s ridiculously close to our house, but I just wanted to leave as soon as I dropped him off. On our way he kept trying tell me that “there’s no school today, dad.” I said, “Yes, there is.” Then when we parked he said, “See dad, the lights are off.” I looked up in to the second story window and indeed the lights were off, but I told Titus, “Bud, the sun is out today so they are probably not turning the lights on right now.” I didn’t really know if that was true, but based on the number of cars around I was pretty confident there was actually school today. When we got inside, sure enough, all the kids shoes were in their boxes and school was in session. Titus looked around almost bewildered and just began to cry…a lot.

Of course I did whatever I could to calm him down, but he just wouldn’t. I don’t know what was going on his mind exactly but he had at some point this morning decided that he wasn’t going to school if he had anything to do with it. I took him upstairs to the room where he puts his jacket and he wasn’t calming down. A grandma dropping off her grand daughter tried to console him, but that only made it worse. She said something in Czech which I didn’t understand but I just smiled as if to say, “Thanks for trying.”

I carried him to the classroom where he kept saying, “Daddy, I’m scared. I want to go home. I don’t want to go to school. Will you pray for me?” We prayed, but he was still struggling. His teacher approached us and tried to console him too but he was still crying. Bethany told me tonight that he has been struggling more of late, but not this bad. Specifically, he has been asking us to pray for him every time we drop him off. Finally, this morning, I sat with him on the ground and started playing with some dinosaurs. His teacher brought over some little knights and army guys and he brightened right up. He started talking to his teacher about something in English and I just got up, said goodbye and he was fine. From start to finish the whole was probably fifteen minutes and I’m still kind of scratching my head about it. Bethany said he came home happy today and was fine, so I’m thinking it was just a morning thing.

As a parent I realize what we’re doing. We are regularly dropping off our kid at a place where he doesn’t speak the language and the people there don’t speak his. It’s not easy for any of us. We trust the Lord is working in Titus’ mind to both help with the language and the process, but that doesn’t mean it’s going to be easy. This week especially will be a challenge because he’ll be going on a little field trip to another school and staying for a longer day away. We’re going to see how this goes and would covet your prayers this week. We trust the Lord for our kids, even when it’s hard.

I feel about as sick as I’ve felt while living in Czech. I slept for four hours this afternoon and still feel exhausted. Those who regularly follow our story know that we have not been very healthy since moving here, and the past week has been no different. It’s hard to distinguish between what is just the normal cold season stuff and what is our bodies adjusting to a new climate. The weather has gone from cold to somewhat warm, so that could be affecting us. We don’t get nearly as much sun as we used, so that’s a theory too. And then of course there’s just the normal sickness that goes around and right now we know a lot of people who are sick, so that could definitely be it. Maybe I am saying this because of how I’m feeling at the moment, but I think sickness has been one of the most difficult things that we’ve experienced over. It seems like whatever we get is worse and lasts a lot longer that what I remember having in the States. Yet, I know God is using it to sanctify us. I just wish the sanctification process required less Kleenex.

There’s not much to write about when you spend most of the day sleeping, but there is a story from when Bethany picked up Titus today. He had last week off because of some normal holiday break, and today was his first day back in a week. One of the hilarious things about his class is that everyone calls him “Ty Ty” (I think they picked the nickname up from us because we often call him that when we’re talking to him). As Titus and Bethany were walking out of the coat room there was a little girl standing near the walkway who saw them, stopped what she was doing, waved, and said, “Bye Bye, Ty Ty” in English. Bethany was so excited that the girl spoke to him in English and so she made sure he said goodbye to her as well. It was a cute moment and something we want to remember.

I’m off to bed. Pray for us as we try to get healthy and get our energy back. 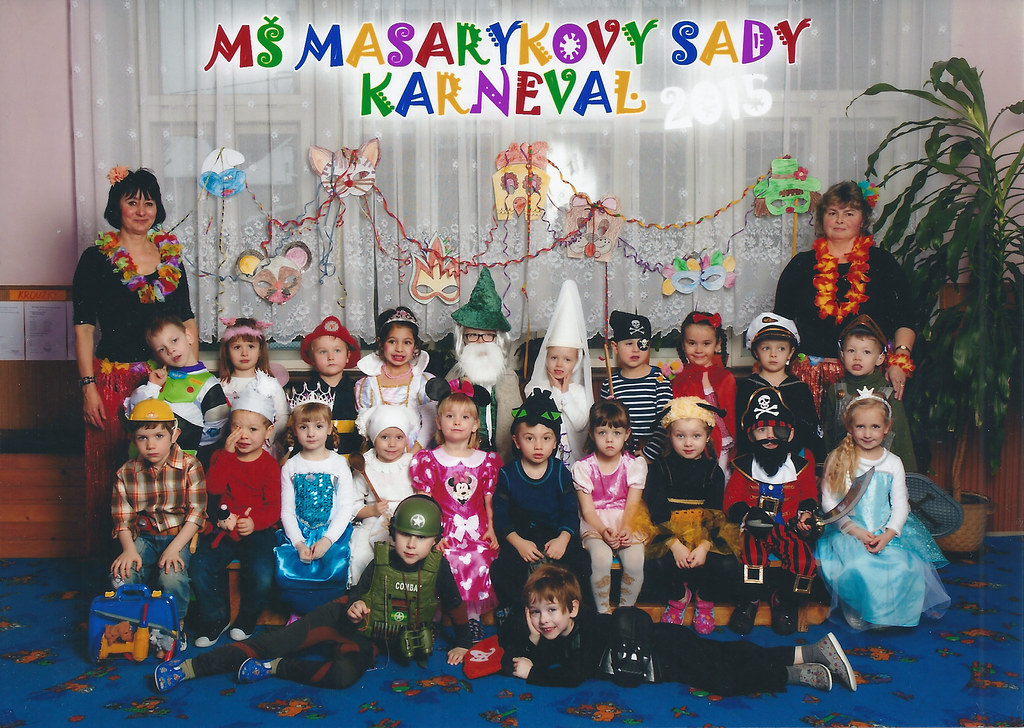 You remember that day a few weeks ago? You know, the one where there was a party at Titus’ school that we didn’t know about? Well, I’m proud to show you the photos from that historic day! Bethany was sold these photos today at Titus’ school and above is a photo of his entire class. That being said, there are a few things I would like to point out about this photo: 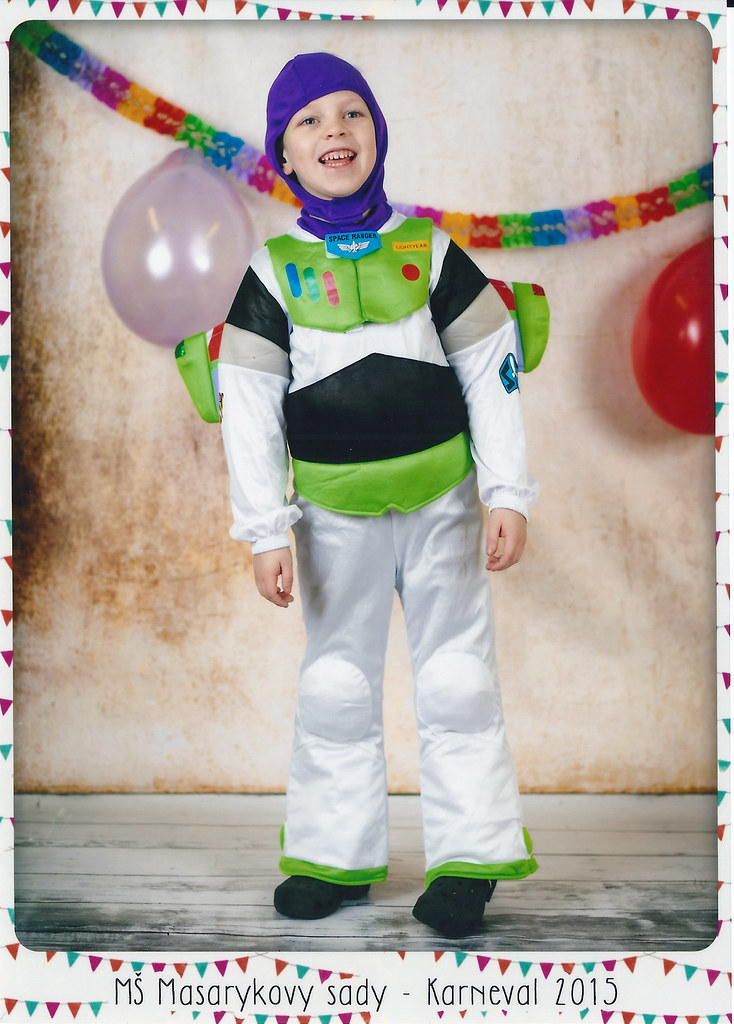 You may recall from that day that Titus had to go downstairs to get another photo taken, an individual shot (shown above). I wasn’t there for the group photo, but I was there for this individual and I’m actually really excited about how it turned out. There is just something joyous about the fact that Titus’ first, real, official school photo is of him wearing a Buzz Lightyear costume…and wearing it proudly. His smile is so genuine here, and thinking back on that day I’m so surprised we even got this face out of him. He had been crying and sad not long before we went downstairs so it’s quite a feat to see him happy as a clam. These are great memories and I can’t wait to show this one day in his wedding video montage. 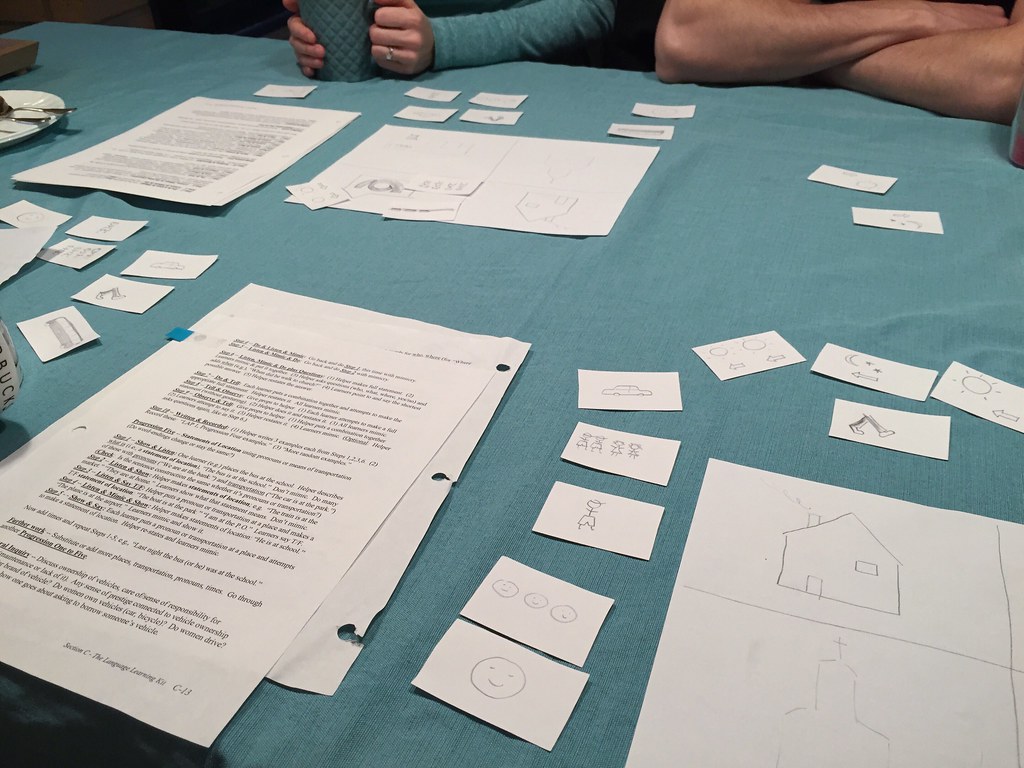 As for other things from today, we were back at it this afternoon doing our Czech speaking with Jenny and Landen. I can’t say enough just how amazing it has been and how much I have learned in just a week. I really do love learning the grammar when we do our normal lessons, but the speaking and just listening to Czech has been unbelievably helpful. Bethany even said it’s shocking how this system works and how even when you think, “Oh, I didn’t study…” or “I don’t think I’ll do well today,” you’ll be pleasantly surprised. Bethany actually did the best speaking today out of all of us! We’re hoping to go five days straight this week with these extra speaking lessons. It’s a full week with lots to do, but I guess you’ll just have to come back tomorrow to find out what happens next…as the world turns.