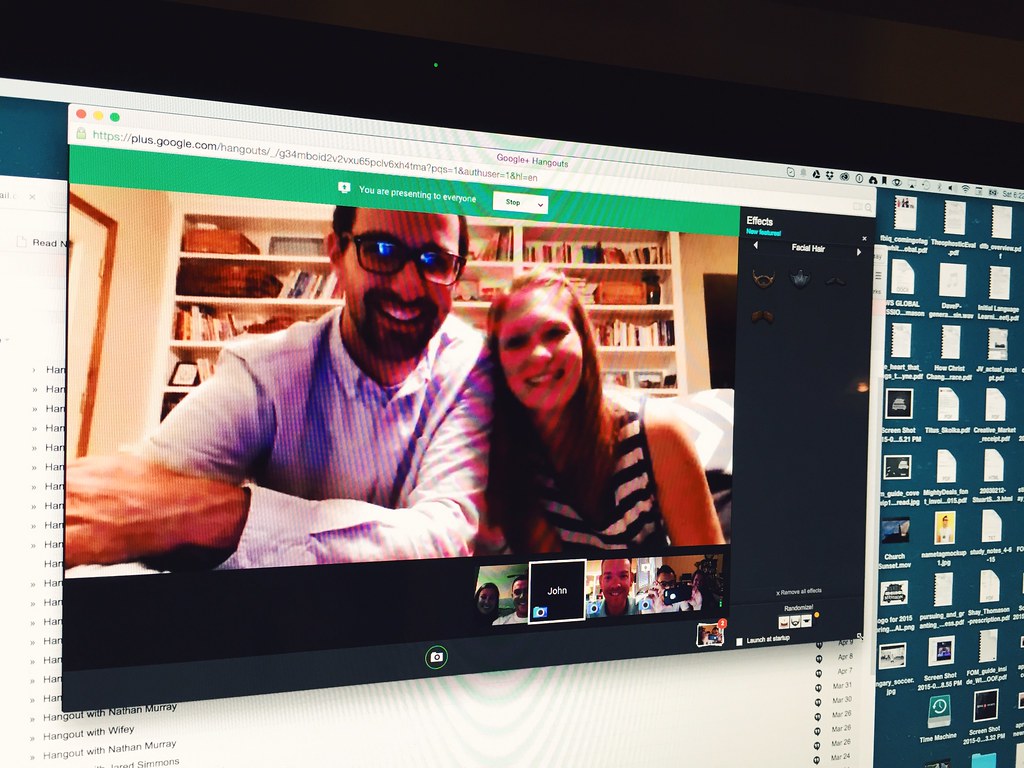 You might say the day got off to an early start because at 4:30am we were up and at em’. No, weren’t catching a plane or train or going on a trip, but we were “meeting up” with with friends via video chat this morning. Since California is nine hours behind us, we had to get up early to try and meet them before they go to bed. Above is a photo I quickly took with my iPhone of us all “gathered” together, but we enjoyed a sweet time talking with close friends from our church in the States. It was actually the firs time we had done something like this with them and we’re hoping to do it more often in the future. They asked a lot of great questions and were just an encouragement and we ended with a time of prayer which was really nice. As always, we’re super thankful for the technology God has provided for us to connect in this way. It was great to see you, friends! 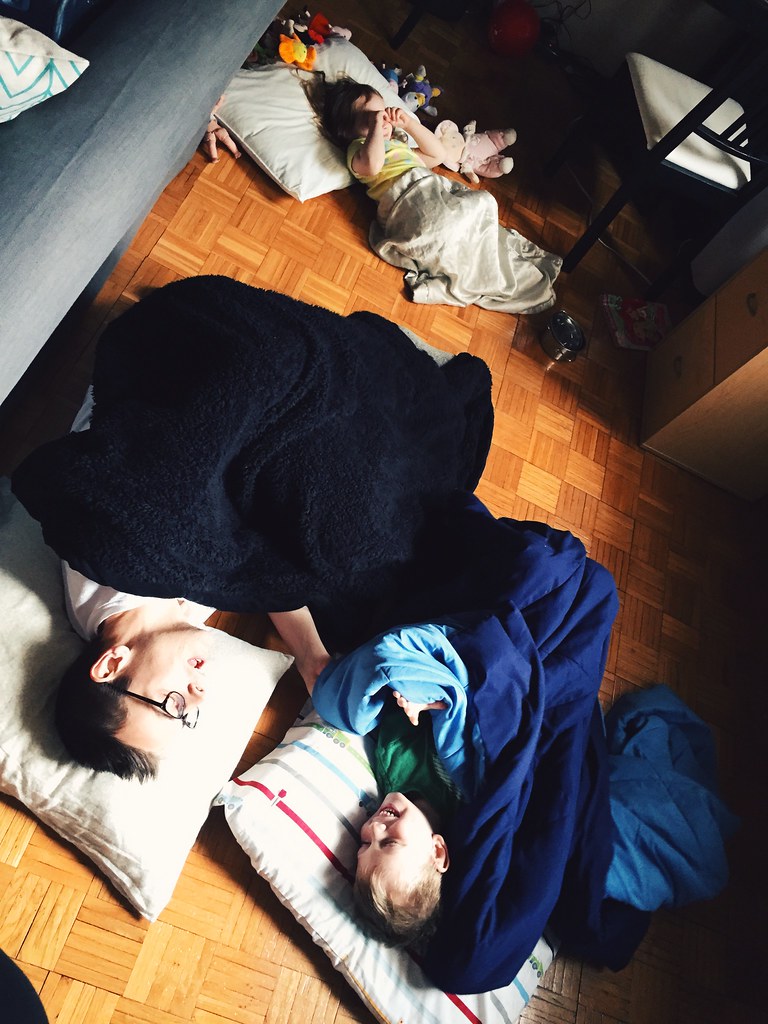 We ended up having time to go back to bed for a bit this morning, but the kids were awake not long after we fell asleep–such is life. Bethany made pancakes, bacon, and eggs this morning and we ended up having more of a brunch than a breakfast which was kind of fun. The kids were playing in the living room and were “camping” so I joined in on the phone while Bethany was doing laundry this afternoon. She also took a few photos, one of which is above as we were “sleeping” under the stars. The kids’ imaginations continue to grow and grow and I just love joining in on the process. 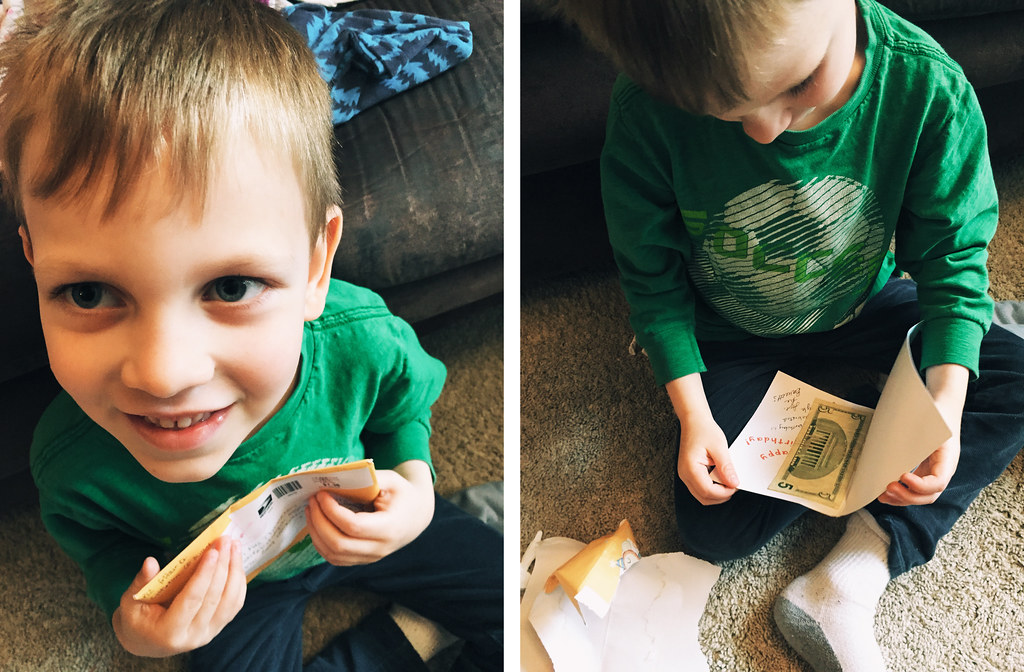 Titus got a letter today! He was pretty stoked when he opened our front door and found it sitting on the steps. I think it got a little rain on it, but there was no damage. We let him open it and inside he found $5 bucks (above are two photos of him opening it)! His aunt, uncle, and cousins are so nice to send this to him for his 5th birthday and he was excited to “buy a toy” with his new wealth. Obviously, American money isn’t accepted here in Czech, but I was able to exchange it for him at a very reasonable rate at the Parental Exchange (e.g. my wallet). Since I needed to go to the store anyways, this afternoon I took him along and allowed him to buy something from the toy aisle with his money. He ended up getting a new, small Star Wars lego set and I even let him buy it himself at the check-out line. 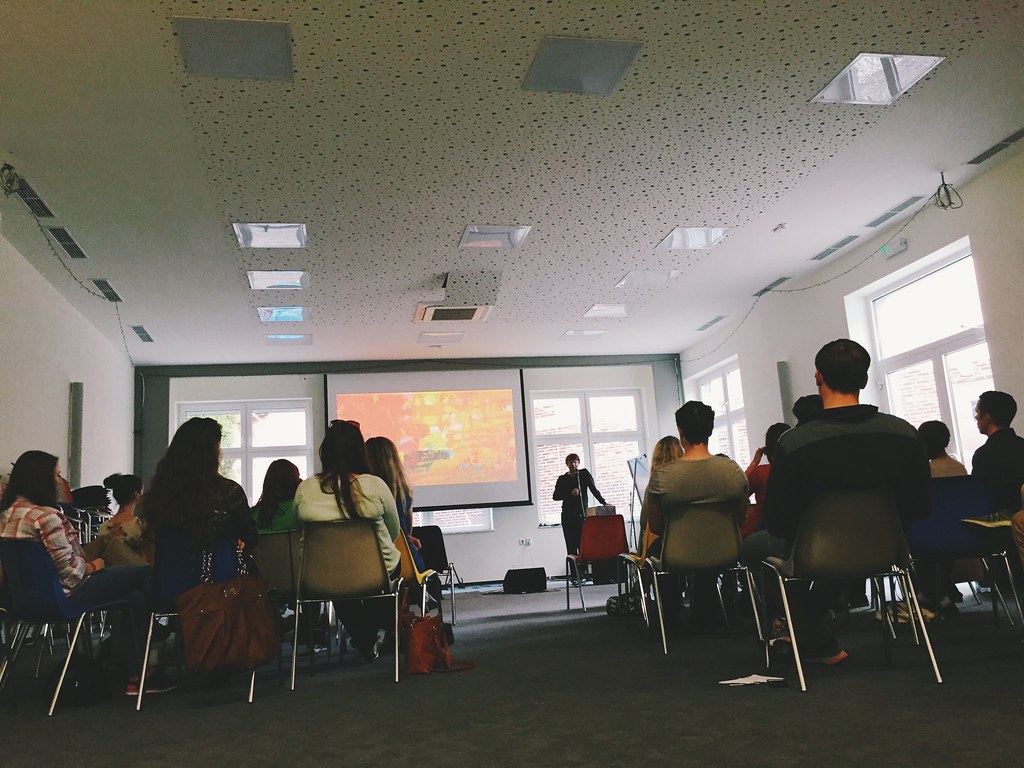 This evening Titus and I went to the youth group at church, but we arrived a little late because we didn’t know they had changed the start time again. The main church pastors were there sharing their testimonies and the whole topic tonight was on the Spirit of God. Our friend Martina helped translate a majority of their messages and Titus did a pretty good job of being self-controlled and sitting next to us. It seemed like the night went a little long and I had to take Titus home during their small group time at the end of the night. The youth group was going to be watching a hockey game after that, but I wasn’t able to go back tonight to join them. However, it was nice to be there, but the language barrier is still so hard and that’s often discouraging. 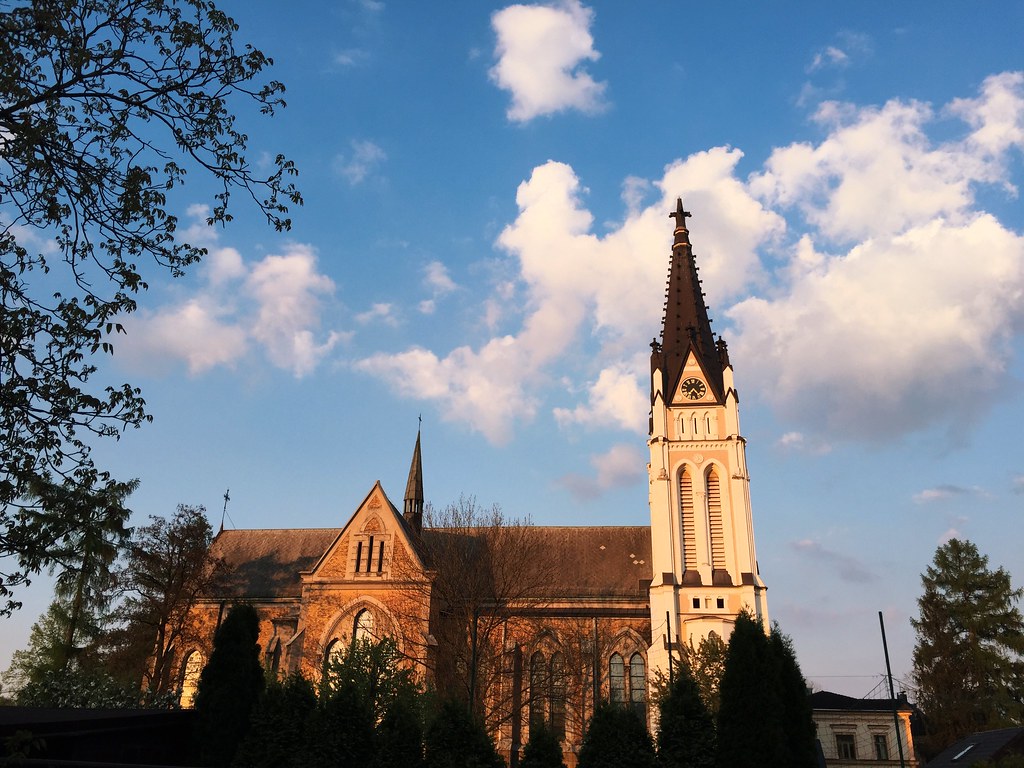 As the days continue to get longer and longer, the sunsets here are just incredible. When we pulled in to the driveway tonight, the church next door was so beautiful and golden. With a few puffy clouds above it in the blue sky, it just glistened so I had to take a photo (above). This is just an incredible time of year in Czech and if you’re ever coming to this part of the world try to come at this time of year. The weather is mild (not too cold, but not too hot) and even though there was a little rain this morning it cleared up beautifully this afternoon and evening. As much as I love California, I’ve enjoyed the new experience of weather here in Czech and am definitely thankful to the Lord for the beautiful sunset we saw tonight!